Get Your Pet To The Vet If They Do This

It’s a typical day at home and nothing is out of the ordinary. Your beloved pet is sitting in the living room and relaxing. But as you look further at your pet, you begin to notice that they press their head against something.

That something could be the arm of a couch, a wall, a door. It appears innocent enough, but they begin to do this more often. Instead of brushing this off, alarms should be going off in your head.

Because it’s a sign of early stages of a wide variety of pet problems later on.

As pet owners, it’s important that we’re keeping watchful eyes on our little furry friends. This is one of the remedies to fixing issues like head pressing. But all of this is easier said than done.

For example, it’s tough to gauge the behaviour of certain animals over the course of a day. Head pressing is pretty obvious, but there can be other subtle signs of other problems that slip under the radar.

This need to understand our pets is rising more and more as households continue to introduce pets into their families. To give you an idea of the growth rate, the American Pet Products Association (APPA) did a study in 1988. The study revealed that 56 percent of homeowners had at least one animal.

About three decades later, that same study was conducted in 2019 and revealed 67 percent of homes owned a pet. Of course, cats and dogs were top of the list, but it’s these animals – amongst goats, horses, and cows – that perform this particular habit of head pressing.

So what can we do about it? Well, going to a vet would help, but there are other things to consider. 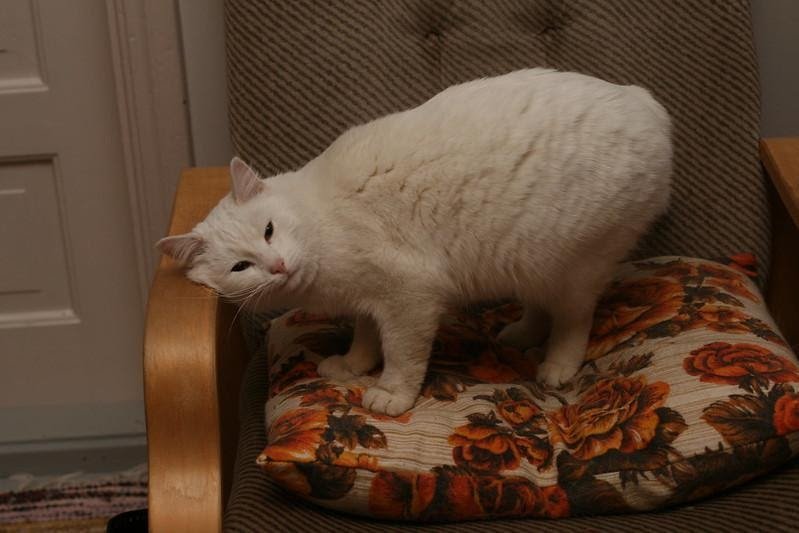 We said head pressing is tricky and it certainly is. When looking at cats, you’ll notice them make a habit of bumping their heads or necks against parts of furniture. Sometimes they do this with force.

Those particular actions are fine, but don’t get them mixed up with head pressing. First of all, the action we described above is what’s called head bunting.

Cats do this all the time because it’s their way of making a communal scent. Cats naturally recognize one another through smell first and overall, they’ll be in a relaxed state when doing this.

We say in a sense because it’s more of a display of affection above all else, rather than of marking territory.

Second, They Behave A Specific Way 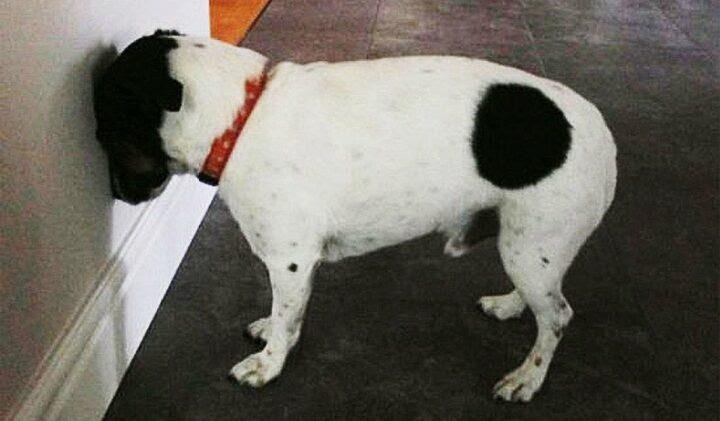 First of all, when it comes to head pressing, the cat or dog will usually go to a specific spot. This spot could be a wall, door, or the floor itself. Either way, your pet is going to assume a position.

As time goes on, the behaviour will begin to shift. Cats will express excessive vocal irritability. Their face will be wincing and their head will throb.

For dogs, they’ll be digging their forehead into the surface and express similar reactions as cats would. 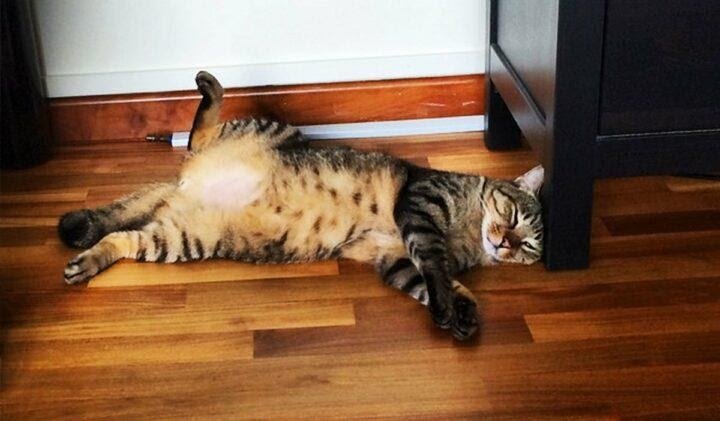 Head pressing is the early stages of serious neurological ailments in animals. As such, you want to be seeking treatment immediately. However there are other signs that you can spot.

But in those symptoms rests one of the solutions. And it also explains why they need vet attention.