There are many of us who don’t feel happy about our bodies. Way more than you might think. In a 2016 survey, Yahoo Health uncovered that over half of all women surveyed were body ambivalent or body negative. And while many people contribute to this negative mindset, what often is to blame is our own thoughts and attitude towards ourselves.

For both men and women alike, we have all kinds of thoughts over the day and some of them can be very harsh towards ourselves in multiple ways. Many people feel a lack of self-worth or they’re not confident about themselves and a lot of that can boil down to us thinking that leads us to those conclusions.

When it comes to our bodies, if we spend a lot of our time body-shaming ourselves, this can lead us to believing those things and never changing them.

With this in mind, we want to be covering some phrases that drag ourselves down. By talking about these phrases, we can better learn to avoid these in the future and replace them with more positive body-images.

By keeping an eye on these phrases and removing them, this could help us with feeling happier, but also to boost our weight loss efforts as well. 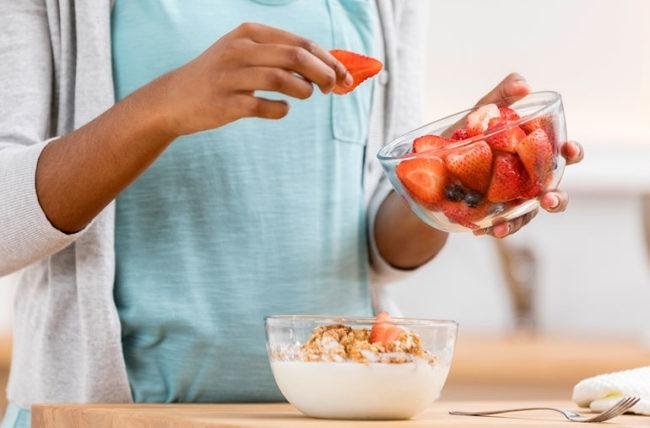 While we are what we eat, some people have stretched that simple saying to a literal limit. They base their self-worth entirely on how they are eating. This can lead to people feeling angry, frustrated, or overall negative every time they feed their cravings or when they’re eating unhealthy foods.

If you are stuck in this loop, our suggestion is to remind yourself that what you are eating has no bearing to your worth as a person. Food is good and we need it, and it’s okay to give yourself permission to enjoy that food without feeling guilty about it.

Don’t criticize your choices. If you want to make a change, gradually make a change. But keep to your favourite foods and tell yourself you love eating them.

“If I Lose Five More Pounds Then…” 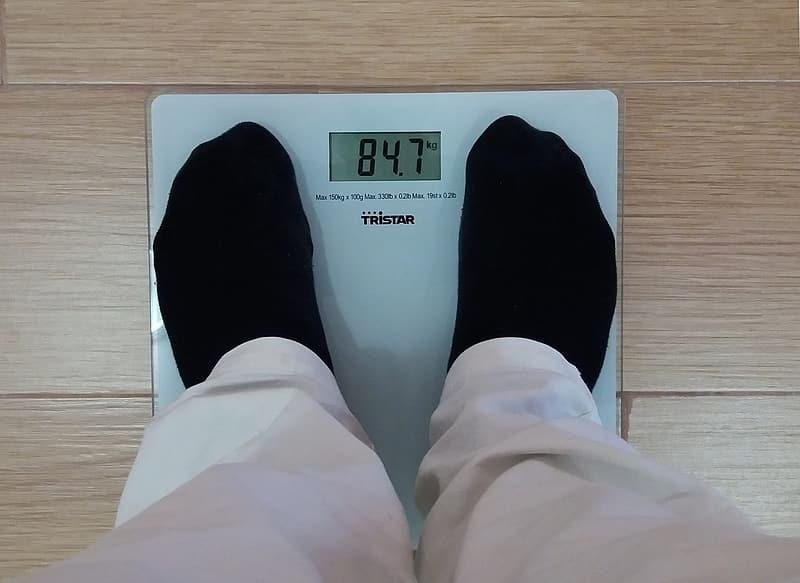 When it comes to weight loss, many people fail this for various reasons. The biggest though is when looking at the scale. For many people, they associate their progress and success by the number on that scale.

This phrase is negative because our health is a mixed bag. So much so that the weight on the scale isn’t always a good indicator of whether you’re healthy or not. For example, muscle weighs more than fat, therefore an athlete or bodybuilder could technically weigh more than someone who is massively obese in the right circumstances.

The point is – it’s important that you shift your goals a little and begin looking at your actions for weight loss over what the scale is telling you. 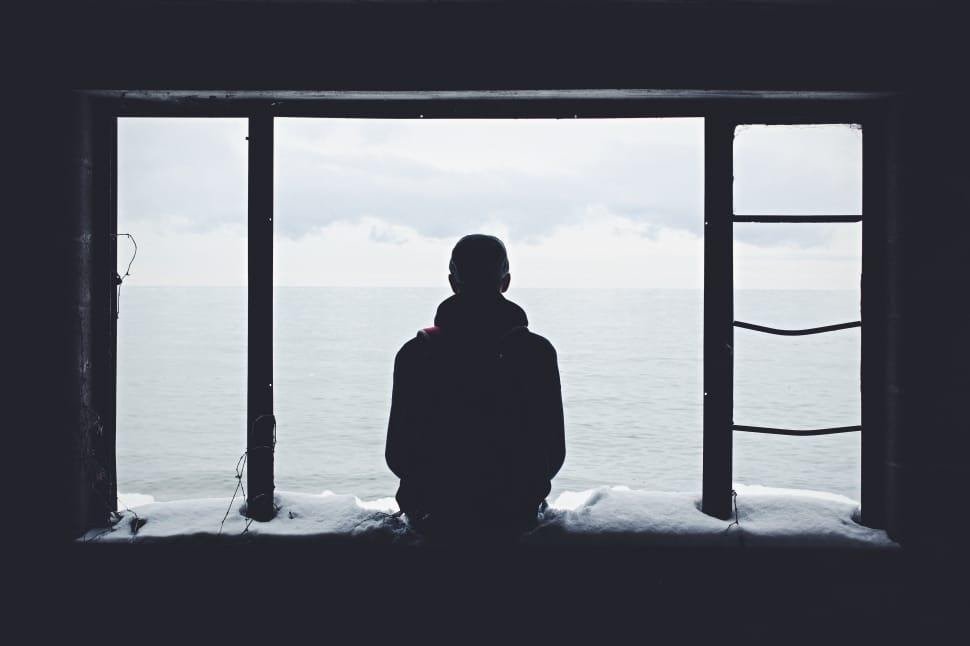 Having goals and dreams is great, but when you begin associating those to what’ll make you feel happy, you’ll never be satisfied nor happy. There is always going to be other goals and ambitions you have.

Instead, train yourself to be happy in the moment and be happy that you make even the slightest bit of progress. Progress is progress and that’s a good thing. 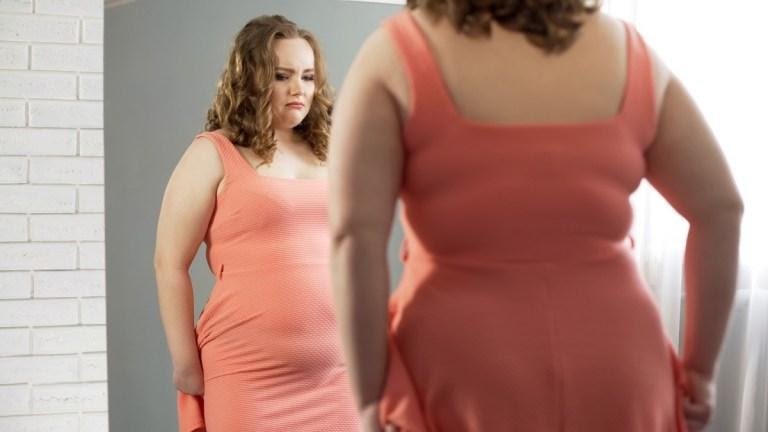 Many people think of word “fat” as a bad word, but there can be circumstances where it’s appropriate. That being said, most people use this phrase in a negative way. Instead of doing something about it, they use this phrase to continue bashing themselves.

Saying this is equivalent to saying you’re not good enough and that you need to be different. It’s not exactly a motivating phrase if you are looking to lose weight.

Similarly, telling yourself you are disgusting or ugly is even worse. The thing with these three phrases is that these don’t often lead to you changing. You’re not going to feel motivated if you are stuck in a state where you are constantly berating yourself.

The more you use these phrases, the more you paint a picture of this as your reality. And it’s a reality that people aren’t going to be too keen to change. Mainly because they’ve talked themselves into a corner that this is the way things are.

“I’ll Be More Confident When I Get In Shape” 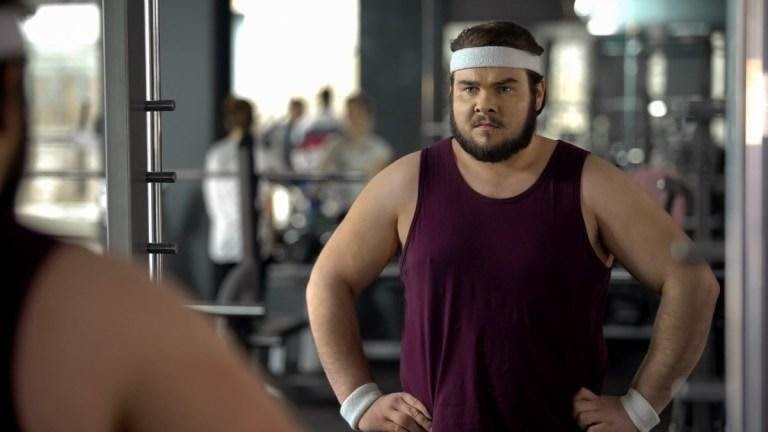 Being in shape is the goal of many people, but it also varies from person to person. We all have different bodies and goals. But one thing we can say with certainty is that being in shape and confidence aren’t mutually exclusive.

Yes, you’re going to feel good and happy after working out at the gym or exercising. But there is nothing stopping you from feeling confident about who you are becoming. A more helpful approach to take is accepting who you are now and loving your body right now by taking better care of it.

“I Really Need To Diet” 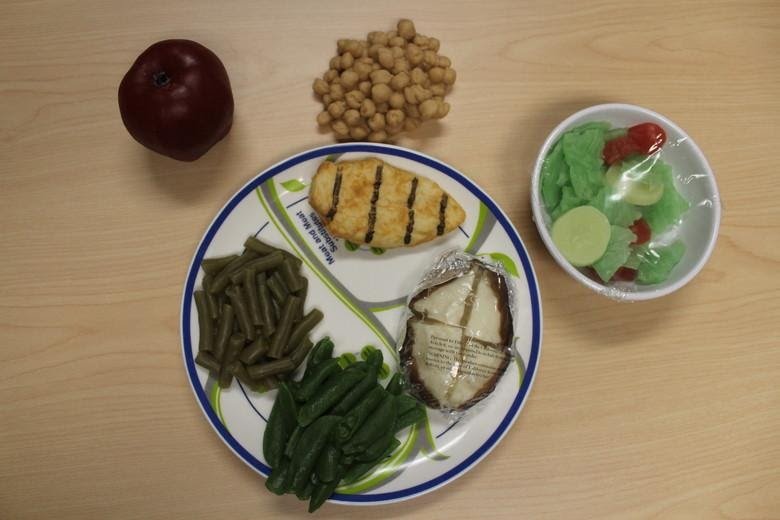 The word “diet” is a word that many people get confused about. We often associate it with something healthy like the keto diet or the paleo diet. Or maybe those fad diets that you see in magazines.

The thing is though, anything is a diet. A diet is defined as eating habits. Going to McDonalds every day is technically a diet. It’s not a healthy one, but you get the idea.

But the other thing with this phrase though is the fact that people associate this word with thinking they need to cut out food groups or severely reduce calorie intake. They see it as eating healthy foods, but restricting them and eliminating other food groups. 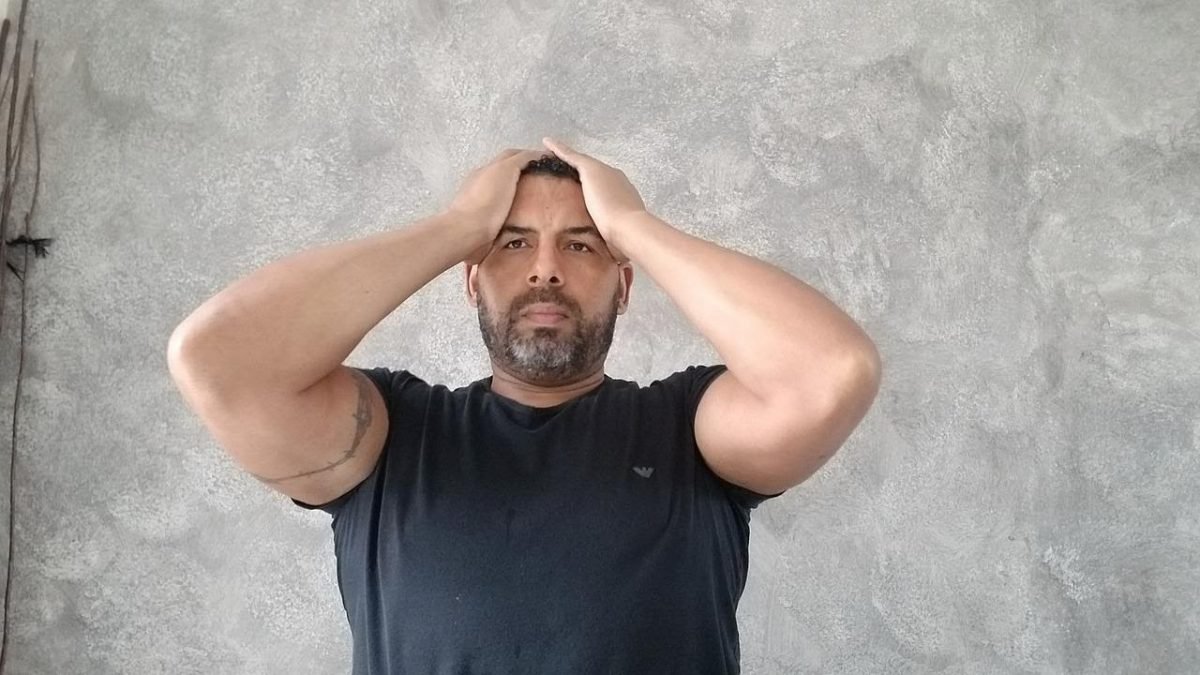 There are all kinds of strategies that we can do while working on weight loss. One such strategy is to remove the defeatist attitude that you’re not going to lose that weight. The weight loss process is a process that takes a lot of time.

If you are someone who is active on the regular, on a good week, you’ll probably lose a pound or two. That is the proper amount of weight loss for a human being.

“I Hate My [Certain Body Part]” 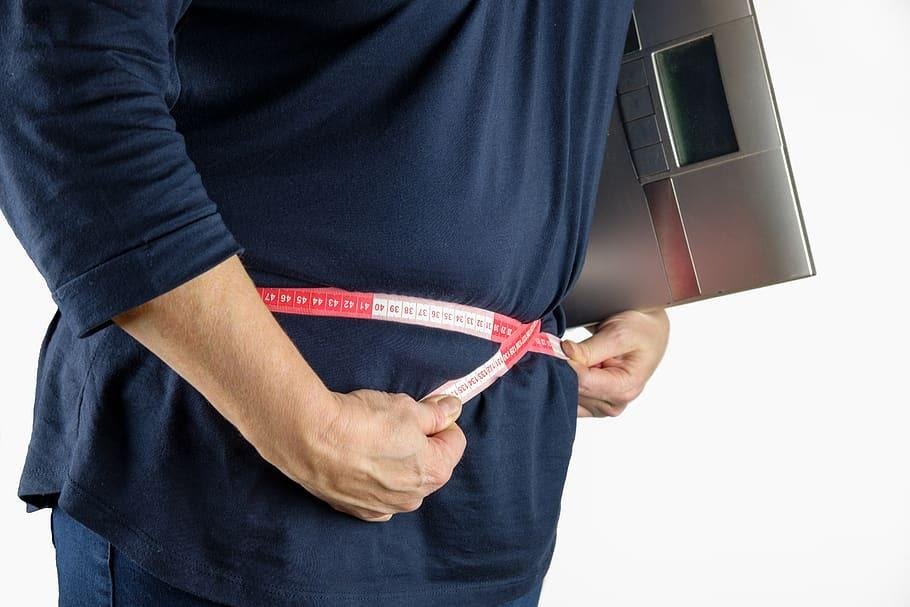 We all have flaws and some of those flaws are associated with our bodies. Whether climbing up several flights of stairs is too hard, or you can’t lift as much, when we begin bashing certain parts of our body, we’re doing more harm to ourselves.

If you are someone who blames certain parts of your body, you’ll fail to see these as problem areas that you can fix over time. Instead of bashing yourself, focus on your strengths. 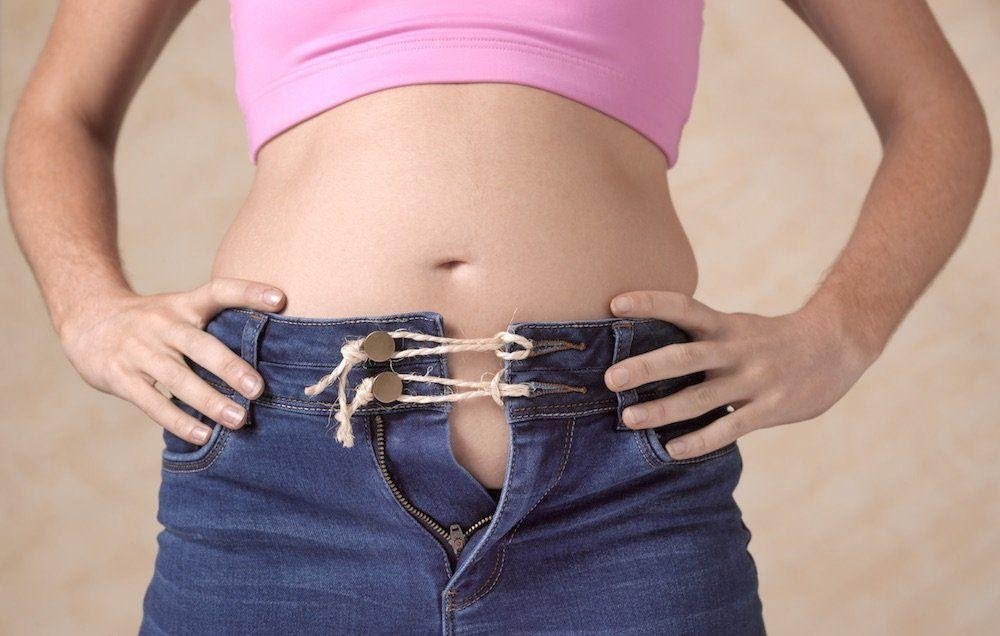 Yes, our own eating habits and lack of exercise can lead us to gaining weight, but the reality is that saying that isn’t going to change us. Some people may see this as a way to keep themselves accountable, but it can actually lead to more mental health issues.

Do yourself a favour and find some other ways to stay motivated. 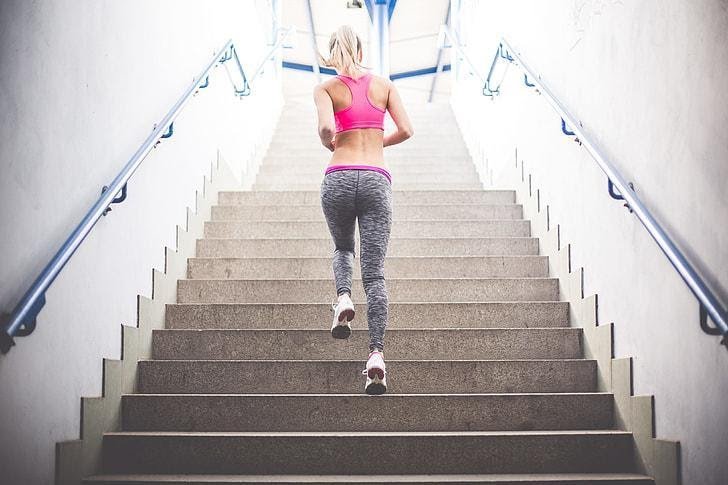 Tank tops, sports bras, t-shirts, any article of clothes will do for this negative phrase. The thing is when you tell yourself those things, the more that’ll change your view of that item. There’ll be a point where you won’t be able to see yourself wearing that article of clothing.

Why? Because wearing it will make you feel bad or you’ll begin to drag yourself down about it.

This all comes back to how you are wording your phrases as usual. What your mind believes will align with everything else. So start telling yourself you’re looking good in certain outfits.

“That Person Is Better Looking Than Me” 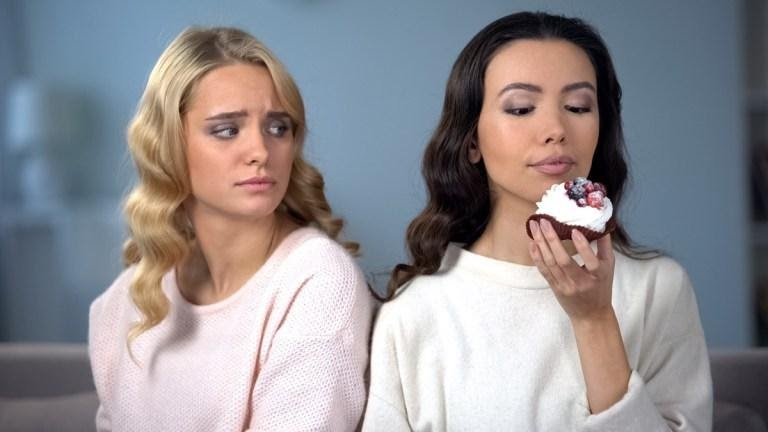 As soon as you start comparing, you’re losing. It’s the biggest mistake to be making around. Why? Because the person you’re comparing yourself to is not you.

And while that’s obvious, the thing is that all of our bodies are different. How we lose weight, where our weight accumulates to, everything about our bodies is different. You’re basically comparing an apple to an orange at this point.

My suggestion is that if you need to compare, compare who you are now with who you were. If you are working on weight loss, note the progress you have made. And if you haven’t done that much, look at other areas like performance of exercises or the habits that you’re building.