A List Of 20 Important Things You Should Know Before Your Remarriage, According To Experts

So, you are ready to tie the knot for the second time in your life (or fifth, we don’t judge). We understand that getting remarried can be a lot of fun and excitement, but it can also be challenging and you have a whole lot to figure out as well. For one, your remarriage is not going to be like your previous one. Right from emotional shifts to bureaucratic ones, we have compiled a list of 20 most important things you need to know and follow before your remarriage. Without further ado, let’s check out the article now!

You should discuss the name changes early on in the process 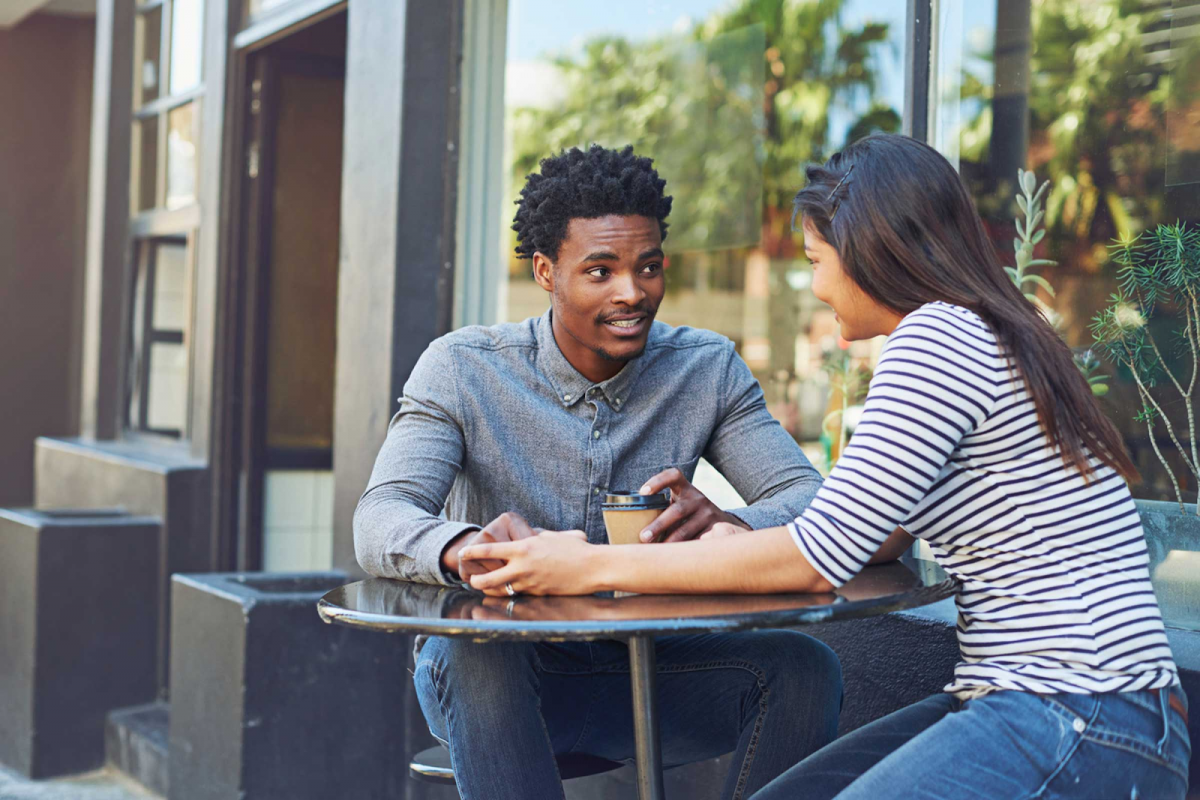 It is very common for people to keep their ex-spouse’s name even after getting a divorce. After all, it isn’t just a name change. You need to get your name changed for your social security card, your bank accounts, your passport, and a whole lot of jazz all over again! So, if you are in a serious relationship, you should have a conversation with your new partner about the name change before you take the vows.

According to Rebecca Wright, who is a lawyer by profession and got remarried again recently, shares how she found it difficult to adjust to her professional life after her first marriage. But now that she has remarried again, changing her name wouldn’t have been feasible for the second time in a row, so she stuck with her previous married name.

Irrespective of whether you wish to keep your previous marriage name or not, you should have this conversation with your to-be-husband or wife before you say “I do”.

You shouldn’t rush the whole process 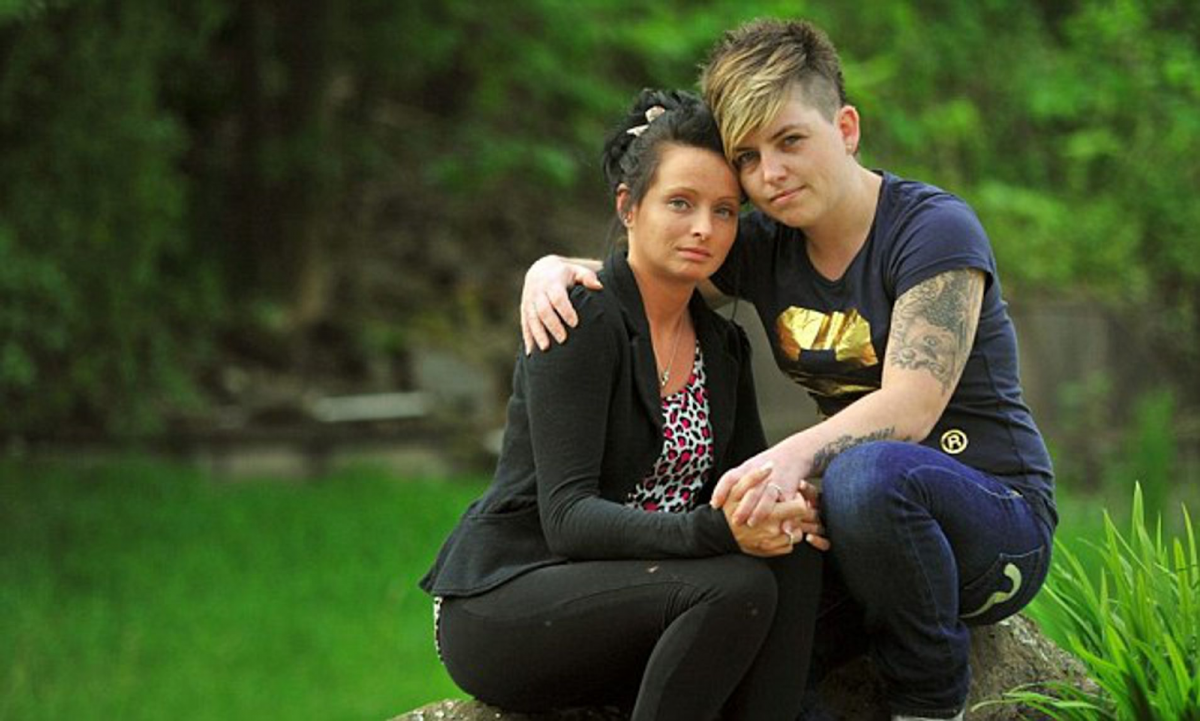 When a person goes through a divorce, it takes years to heal from it, if not months. So, no matter how sure you might feel about your new-found love, there is simply no need for you to rush into a remarriage.

According to relationship experts, you should take your time and think it through before you decide to get remarried again. Also, there are times when you are under pressure to remarry again just because your ex-spouse is getting remarried. You should avoid that kind of thinking because everyone has their own timeline, so before you rush into remarriage, think and analyze what is best for you.

You should get a prenup 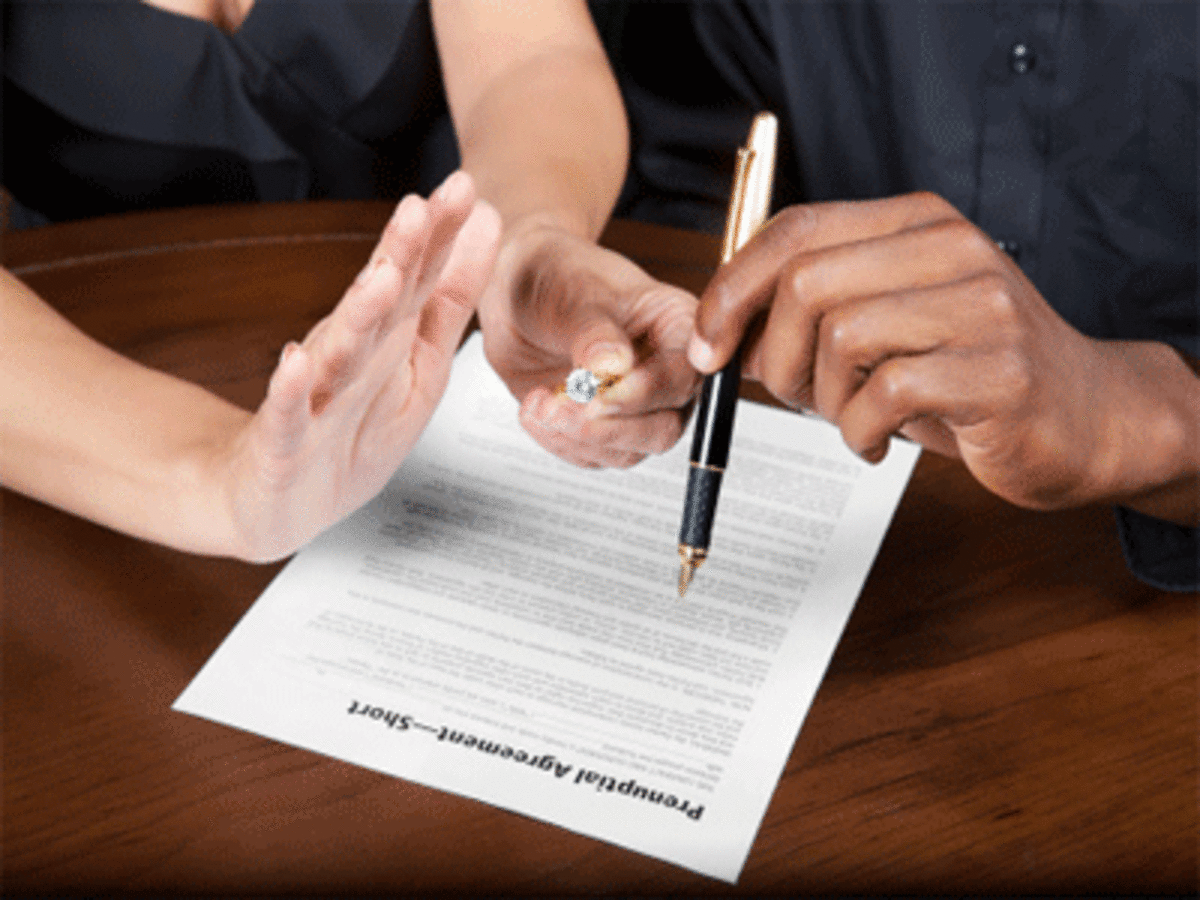 When you are marrying for the first time, the “I do” is meant as a “forever” – meaning that a prenup is usually considered unnecessary at best, and insulting at worst. However, if you are getting married for a second time, you already know that “I do” doesn’t always end up meaning “forever” – and this is precisely why prenup might be a good idea. Also, since people are usually older when they are remarrying, they might have earned and accumulated more wealth, which makes it all the more important to get a prenup done.

Your state might have a waiting period for a remarriage 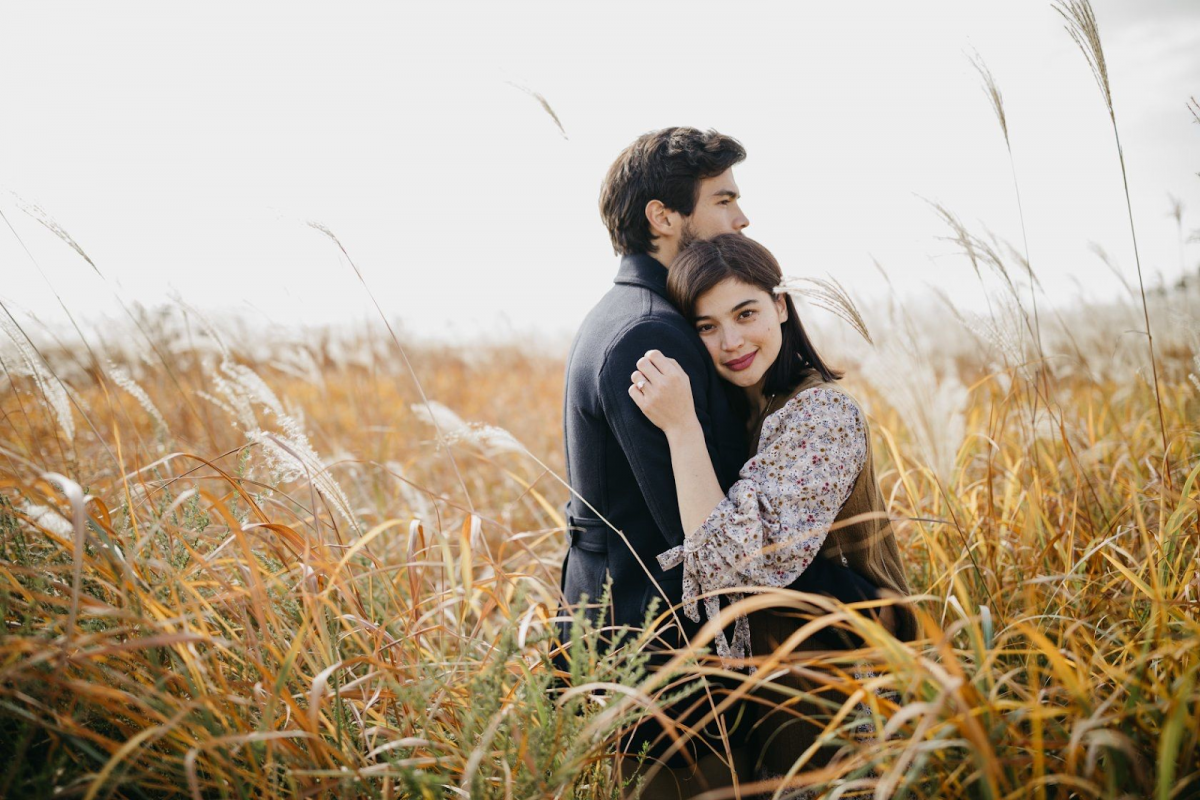 Before you get remarried, you should always check with the Social Security Administration about the required waiting period for a remarriage, if any. A lot of states have strict laws regarding waiting time for remarriage, so you shouldn’t skip this part. For instance, in Massachusetts, there is a waiting period of 120 days after you get a divorce before you can finally remarry.

You should go for marriage counseling before taking the vows 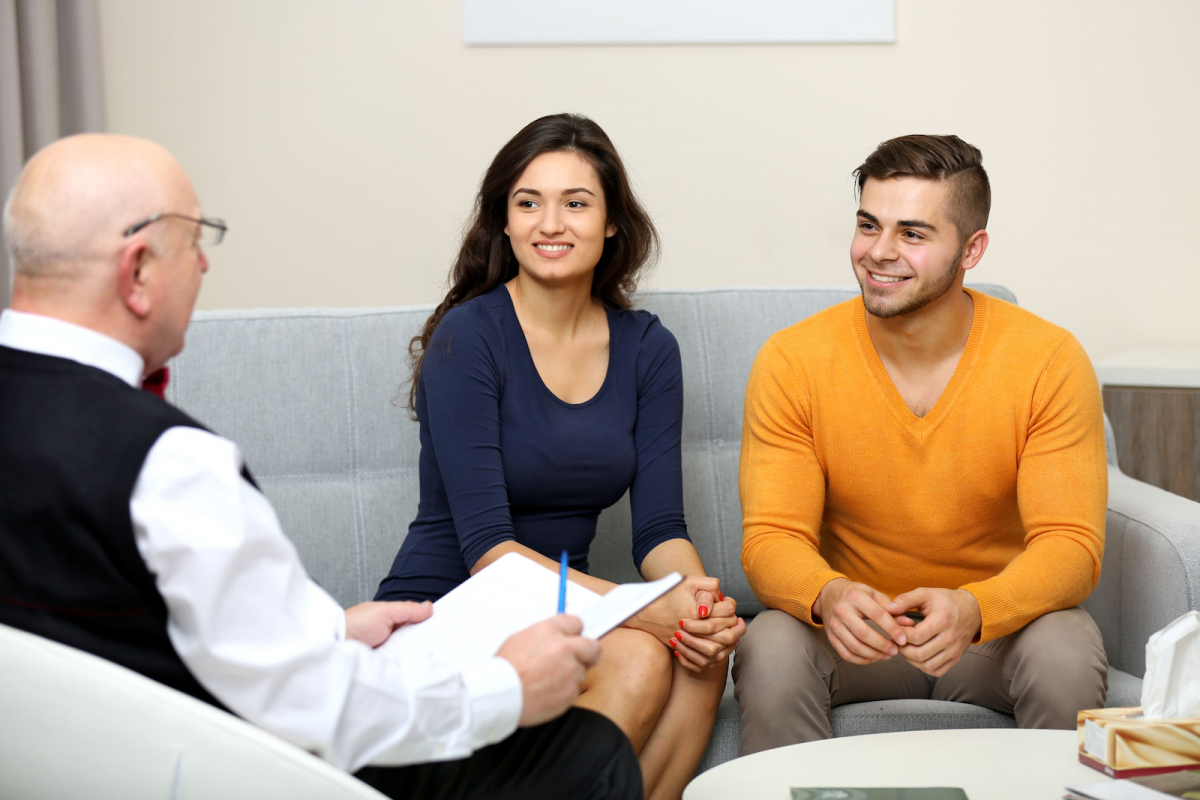 If you didn’t decide to factor in marriage counseling in your previous marriage, be ready to be surprised early on in your next one when your spouse brings it up. According to therapists, it isn’t a situational issue. One needs to resolve all the underlying issues and conflicts else they do show up in a second or third marriage.

Your sex life is going to change 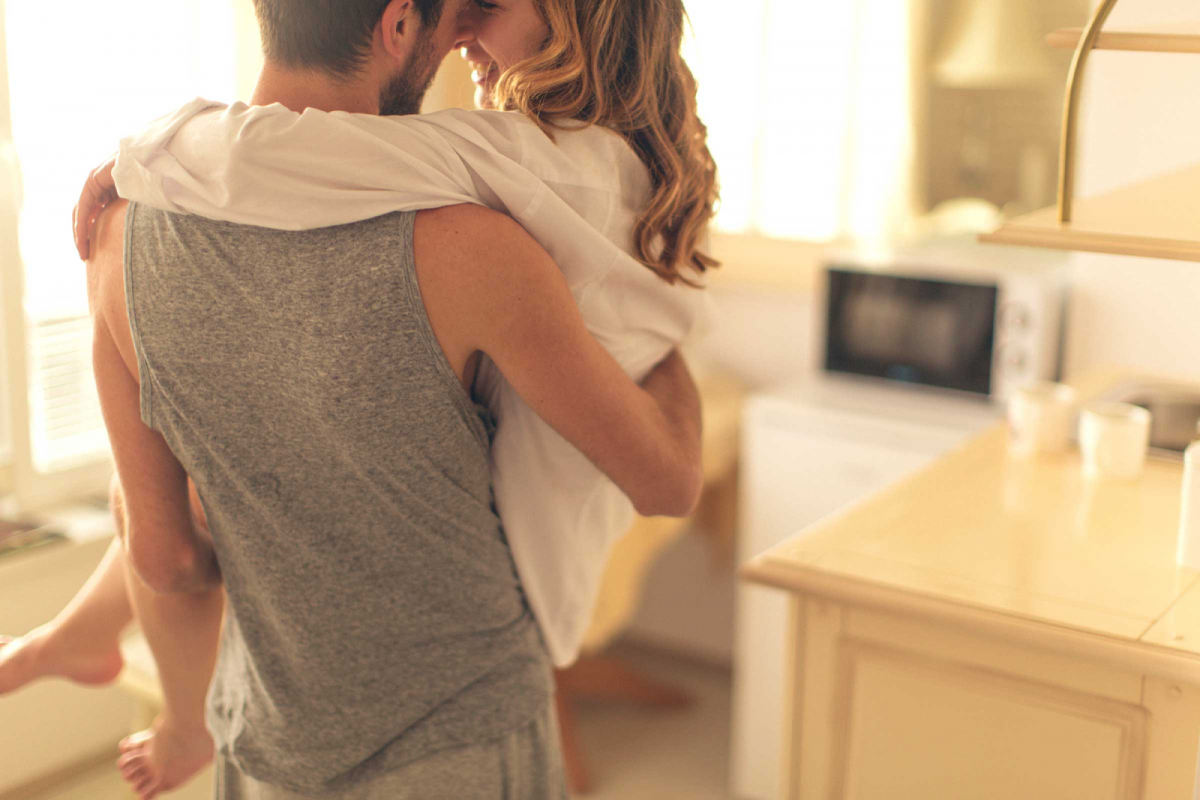 Relationship experts often point out how our sexual connections are similar to a zebra – each one has their own unique stripes. It is, therefore, quite understandable that your next spouse will have his or her own preferences and interests that are not going to be similar to your previous spouse. You are going to start a new life, a new routine with your new spouse, and that also includes your sex life. You should be ready for the fact that you will find a new personality in your bedroom, and even your own sexual connections will change after you remarry.

Odds are stacked against you 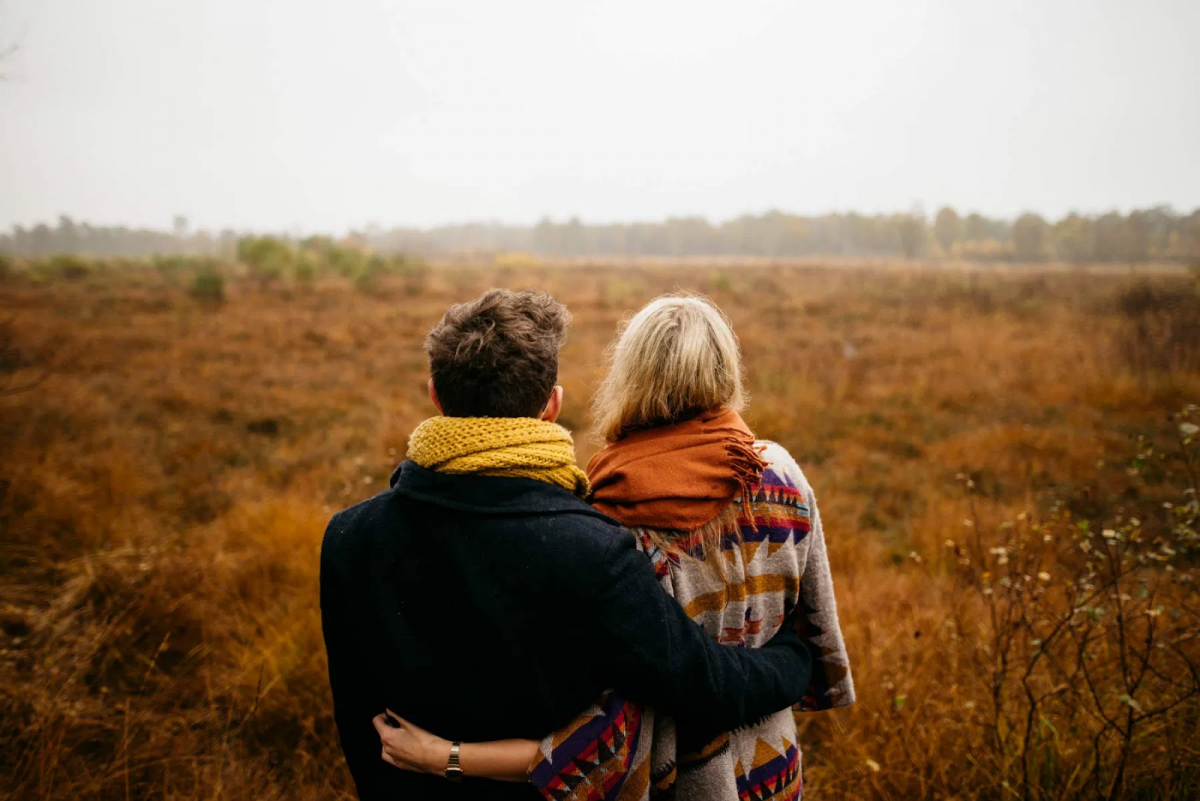 Well, it is a fact – the odds are indeed against you. According to the United States Census Bureau, close to 70 to 80 percent of the people who marry for a second time end up divorcing their partners. However, despite the odds not in your favor, you should follow every important relationship advice shared here as a good start for sure. 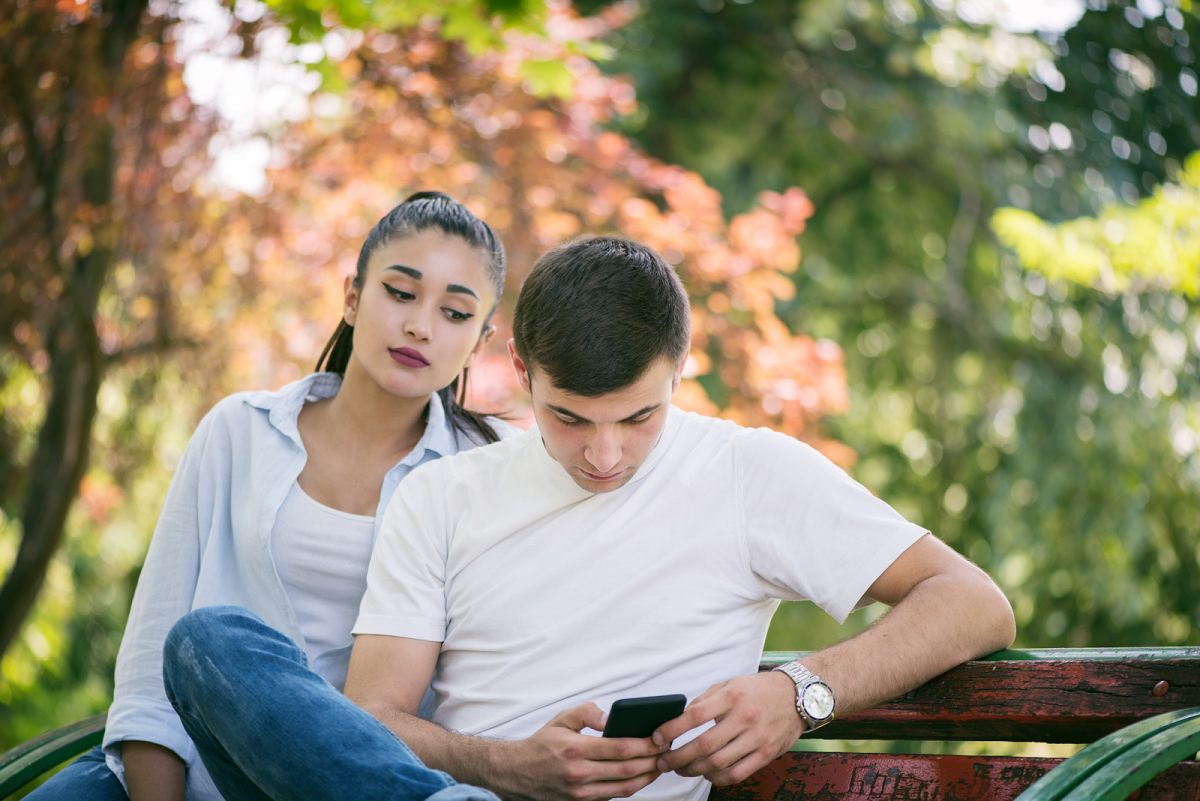 At times, a new spouse can often get a feeling as if they are there to save your life in a way. However, when the previous marriage wasn’t such a terrible one, there might be some form of jealousy of your spouse in the new marriage. It is a completely normal thing to happen, and very human too. So, the best way to deal with it is to talk to your spouse and communicate honestly.

You families might be more overbearing than the first time around 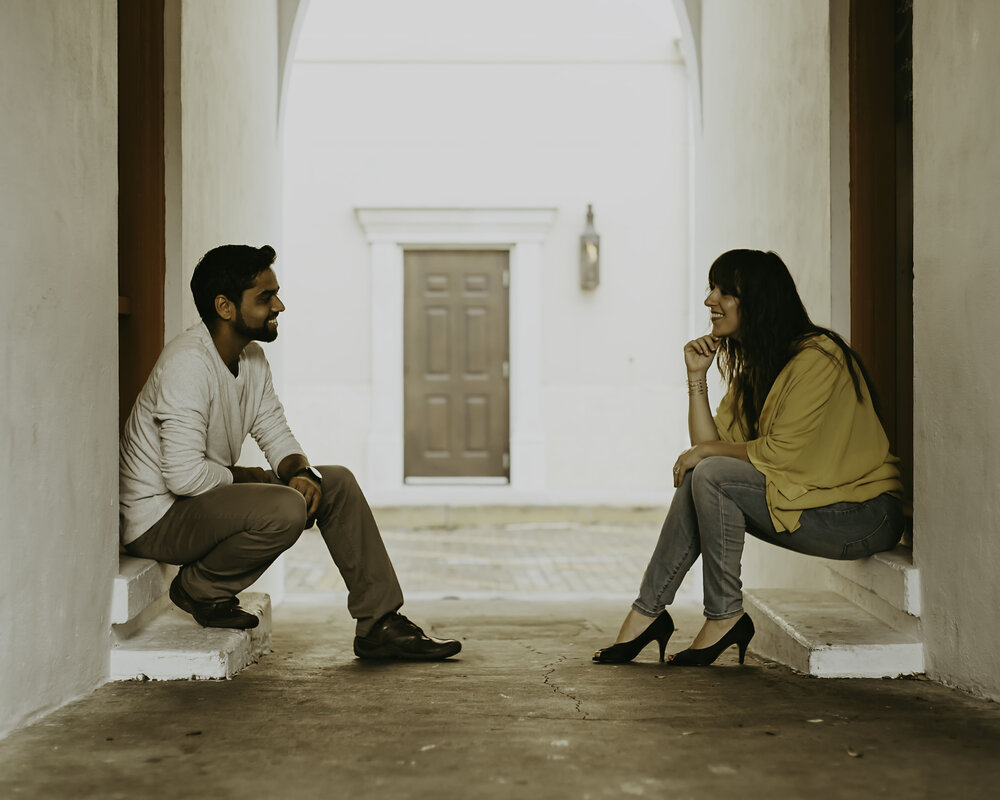 When you finally decide to get remarried, you are also joining another family. However, because your previous marriage didn’t exactly work out, your new family or your own family might be even more overbearing than they were when you married for the first time, to make sure this marriage doesn’t end up as the previous one did. 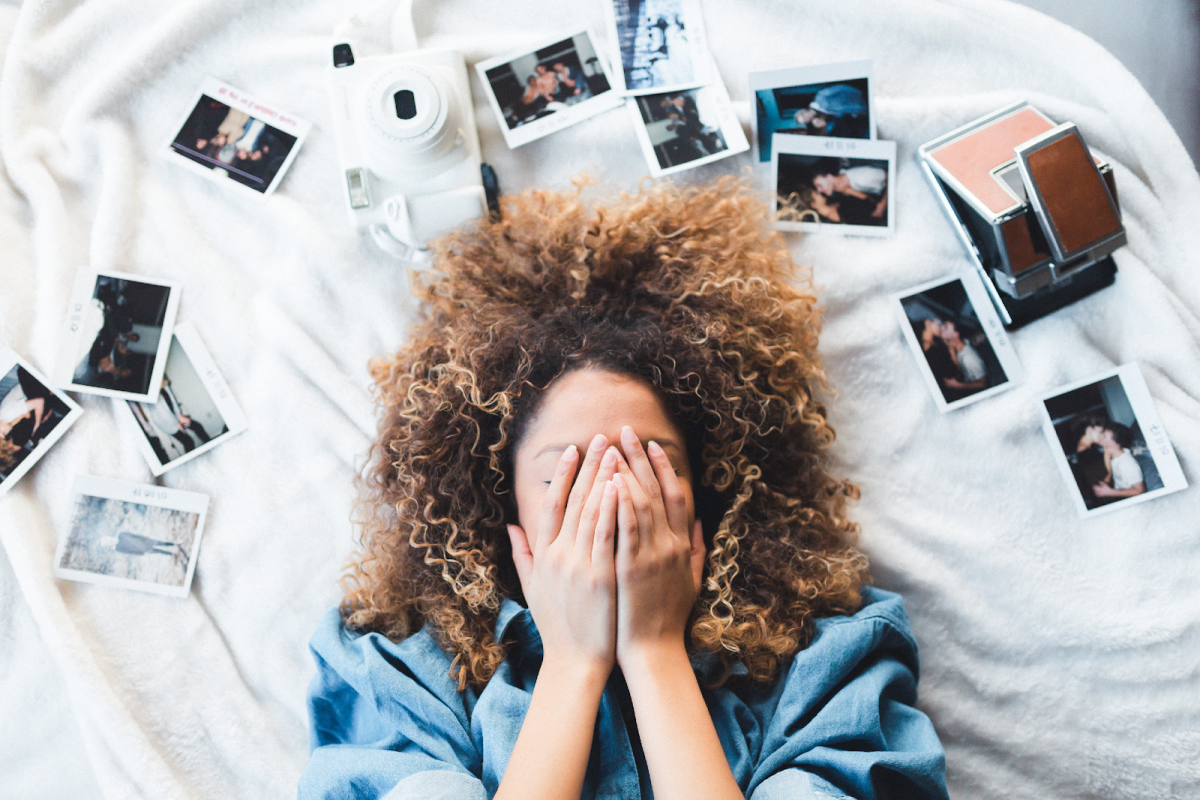 This is a completely natural thing, according to relationship experts. People often change and grow, but discarding every bit of memory of their past isn’t possible for a person. After all, if you completely erase every bit of memory regarding your first marriage and don’t think about it, it isn’t possible for you to avoid certain mistakes that you committed in your first marriage.

You feel let down by your new spouse 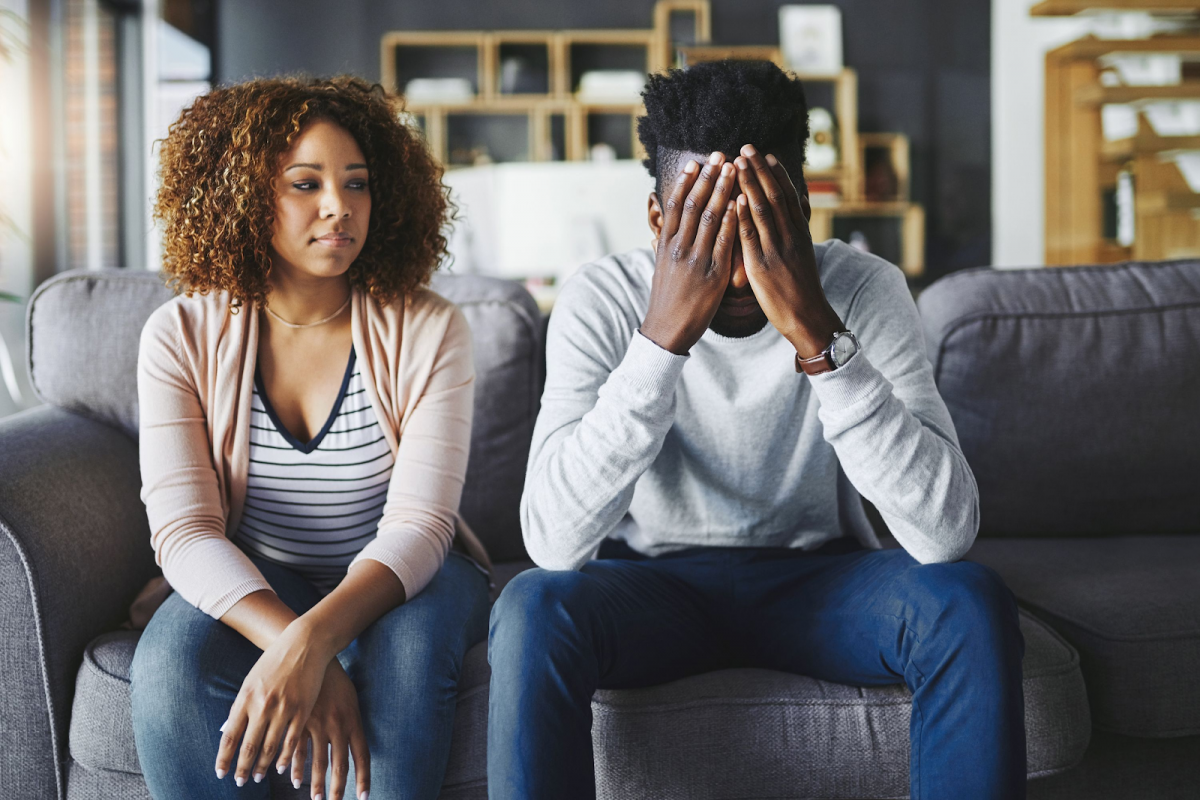 When people decide to remarry, they always have that expectation that everything is going to change for the better. But that is definitely not a guaranteed thing. According to relationship counselors, this is a very unrealistic idea that just by changing their spouse, they are going to witness a completely different change in their lives. So, instead of thinking that a new marriage is going to turn your life from worst to best, think of your remarriage more as a slight change in your life – and welcome all happiness that comes through the way of your new relationship. 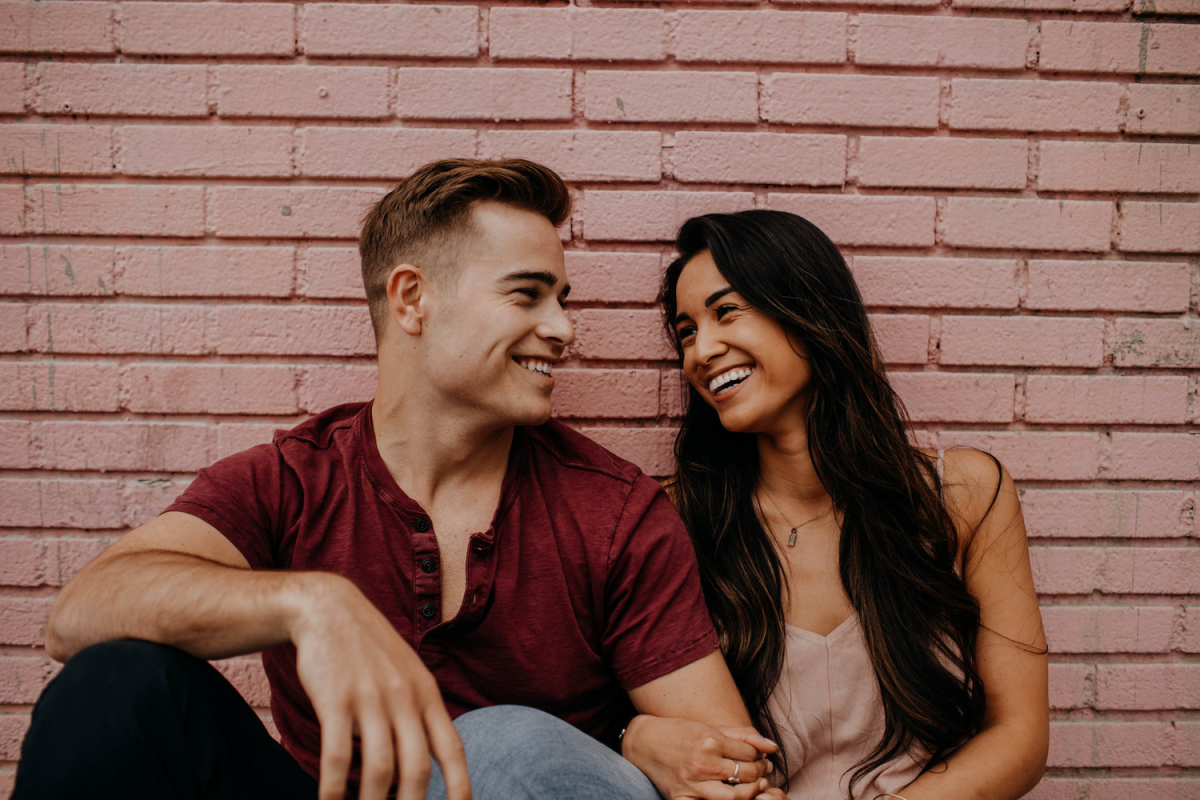 Tactile communication – i.e., touch – is definitely a harder thing to maintain when you are marrying for a second or third time. According to relationship experts, remarried couples have to put in a lot of effort to ensure tactile communication improves, as they are part of a completely different stage in their respective lives. One isn’t a newlywed having those bright eyes and bushy tails, and therefore, there is a need for conscious effort on the part of both the partners to make sure that loving touch works even when you are getting older. 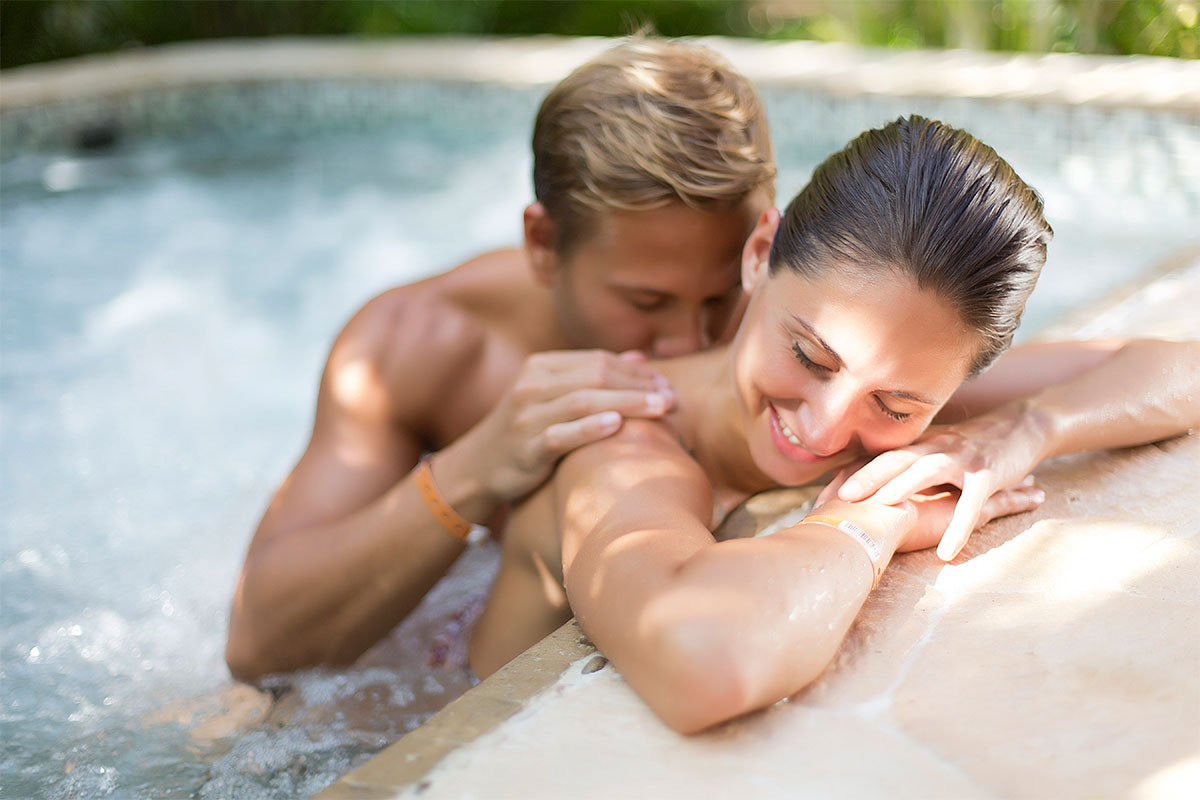 Normally, when a person decides to get remarried for a second or third time, they are not in the mood to experience failure all over again. And this is precisely why they put in a lot more effort into their remarriage. This results in the couple working harder to fix their issues and working on their relationship harder in order to make it a success.

You will respect the institution of marriage even more 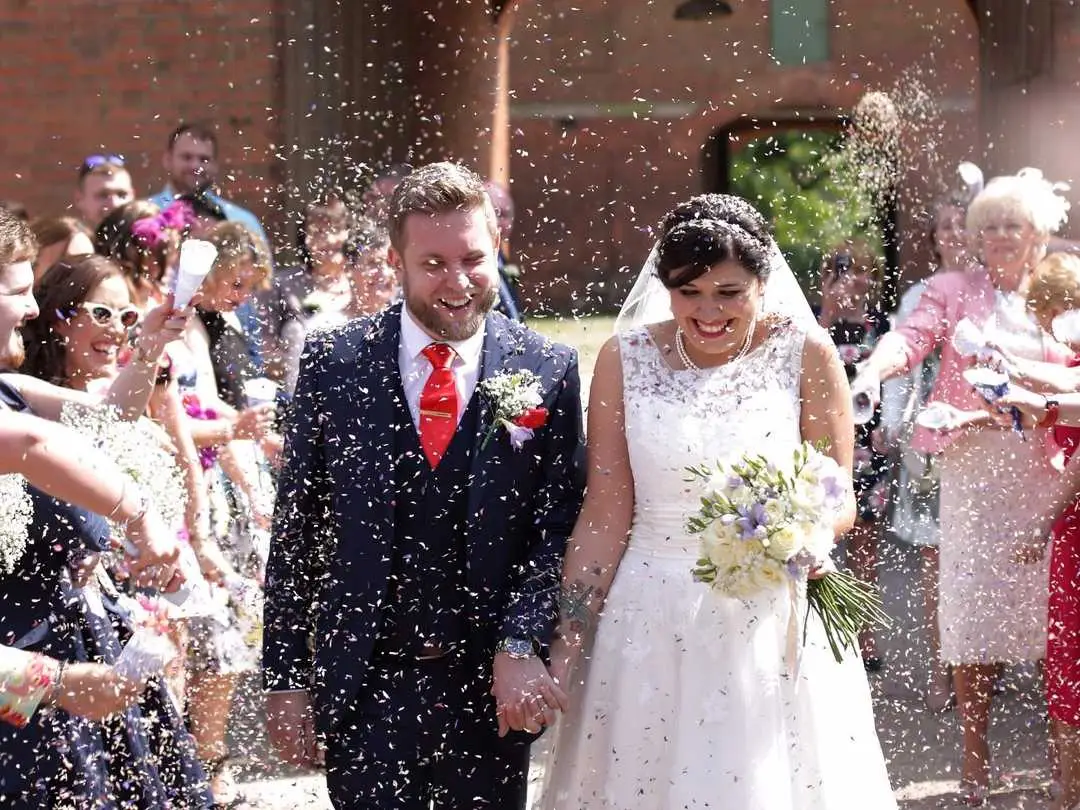 According to relationship experts, spouses tend to have more respect for not only each other and their individuality, but also for their marriage, as compared to their previous marriages. There is also a strong respect for differences in opinions, which is again a healthy sign. 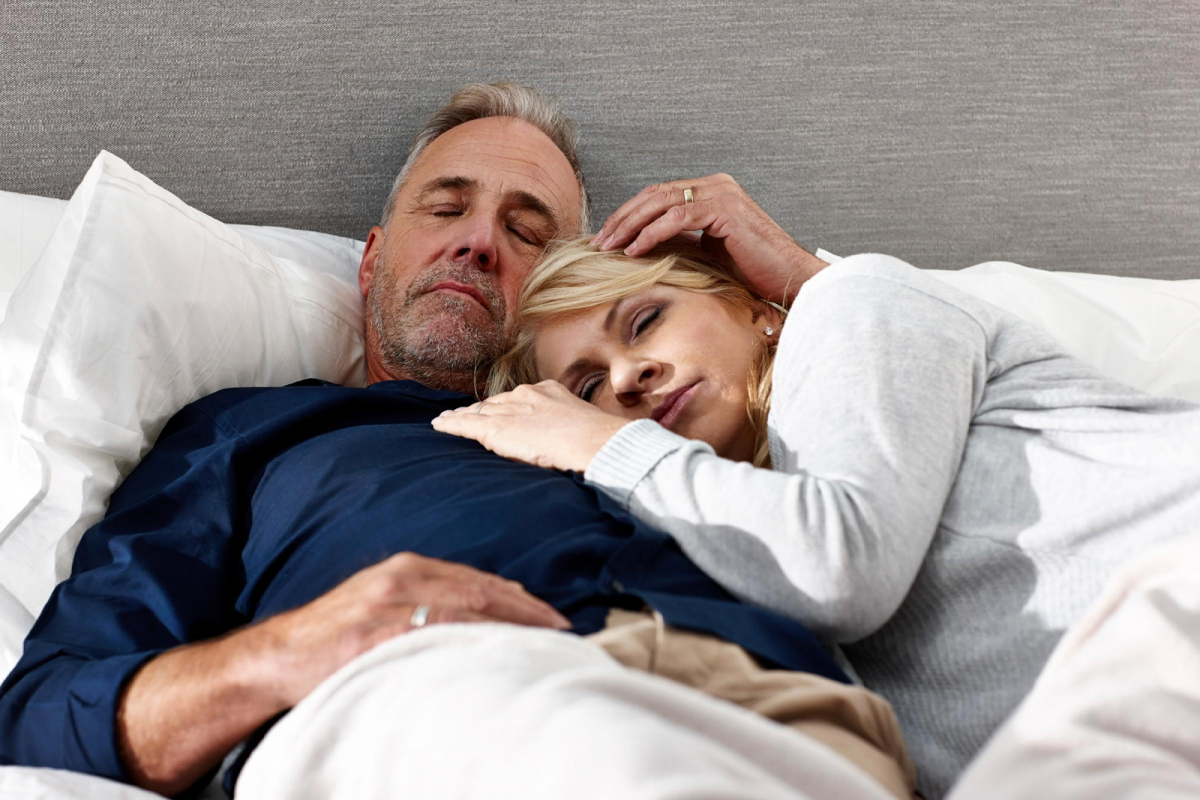 Blending families in a second or third marriage can be a really challenging task. Irrespective of how amazing your new spouse is, they will never be able to take over the role of your kids’ other parent that you would like them to. People do miss the original conversations and feelings they shared with the biological parent of their kids, and that is a completely normal thing.

Your new spouse might call you by a different name 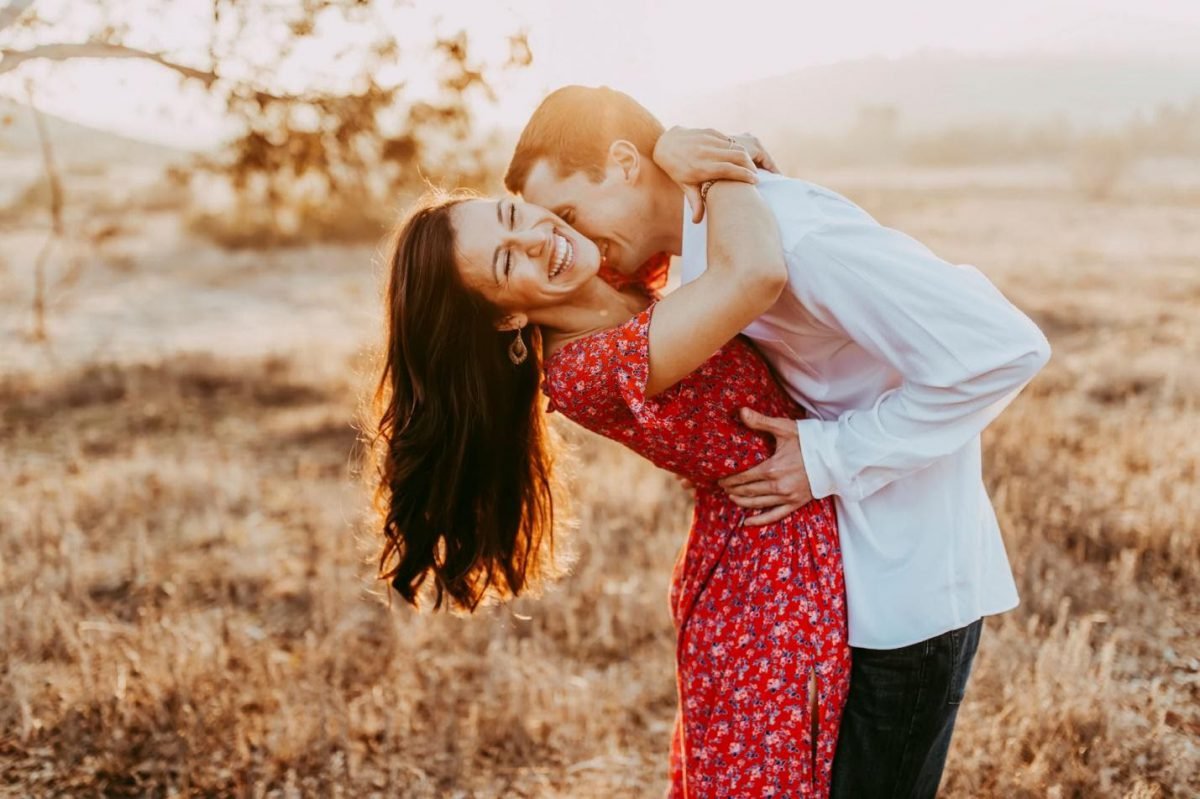 Yes, we understand how terrifying this can be, but there is always that chance of your spouse calling you by a different name – in most cases, it is their former spouse’s name. And this applies to you as well! And whether this slip-up happens in a public place or in the privacy of your bedroom, it is never an ideal situation to be in. However, you do need to remember that your new spouse isn’t doing this deliberately. 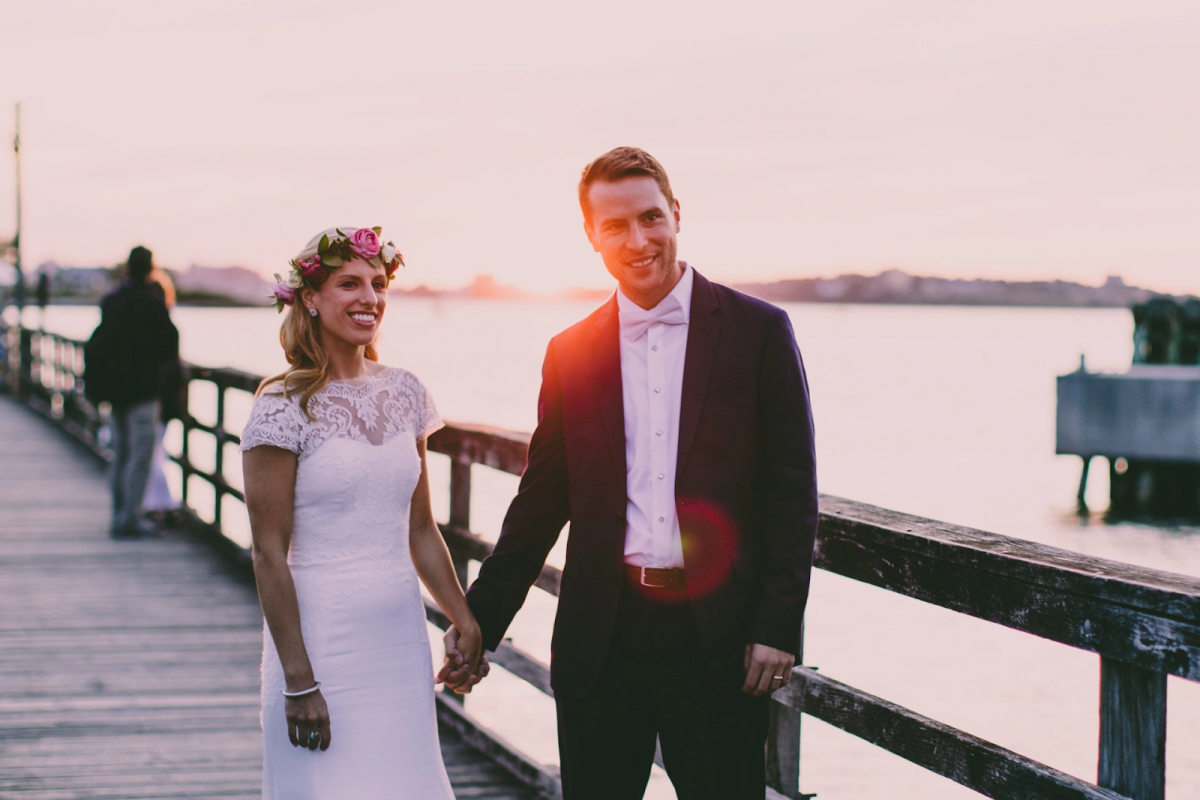 Human beings are creatures of habit, and it is quite easy for a person to stay in their comfort zone – and this applies to a marriage as well. So, if you have finally decided to take the vows again, it is ideal to quickly analyze whether your new spouse is quite similar to your previous one. According to relationship experts, it is very much possible that you might be in a relationship with someone who is starkly similar to your ex-spouse, which means it isn’t exactly the best match for you. 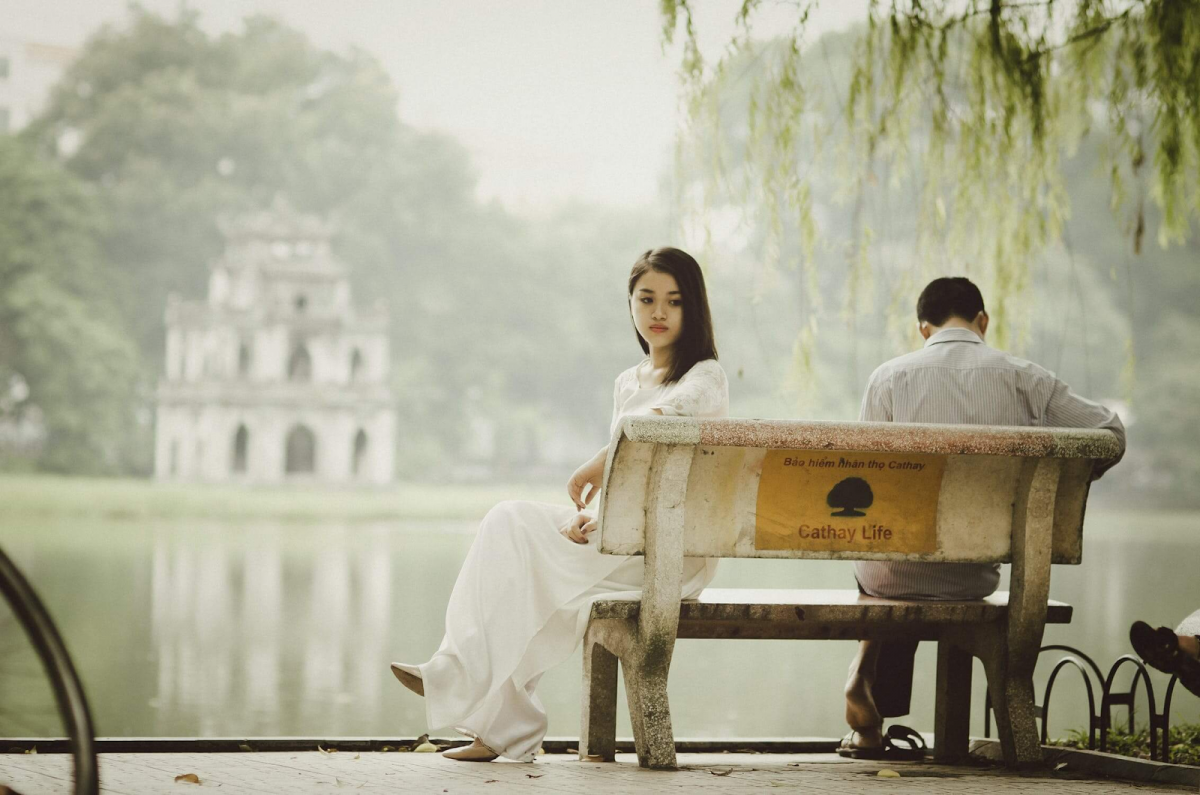 Irrespective of whether or not you are a parent already, you might become a step-parent once you remarry – and that means handling more responsibilities in your life. You will have to align yourself to your children’s interests, and find out their likes and dislikes in order to share a common thread with them. And in order to do this, you will have to work and cooperate with your ex-spouse or your spouse’s ex in order to ensure you turn out to be a good step-parent.

You might not be marrying for the right reasons 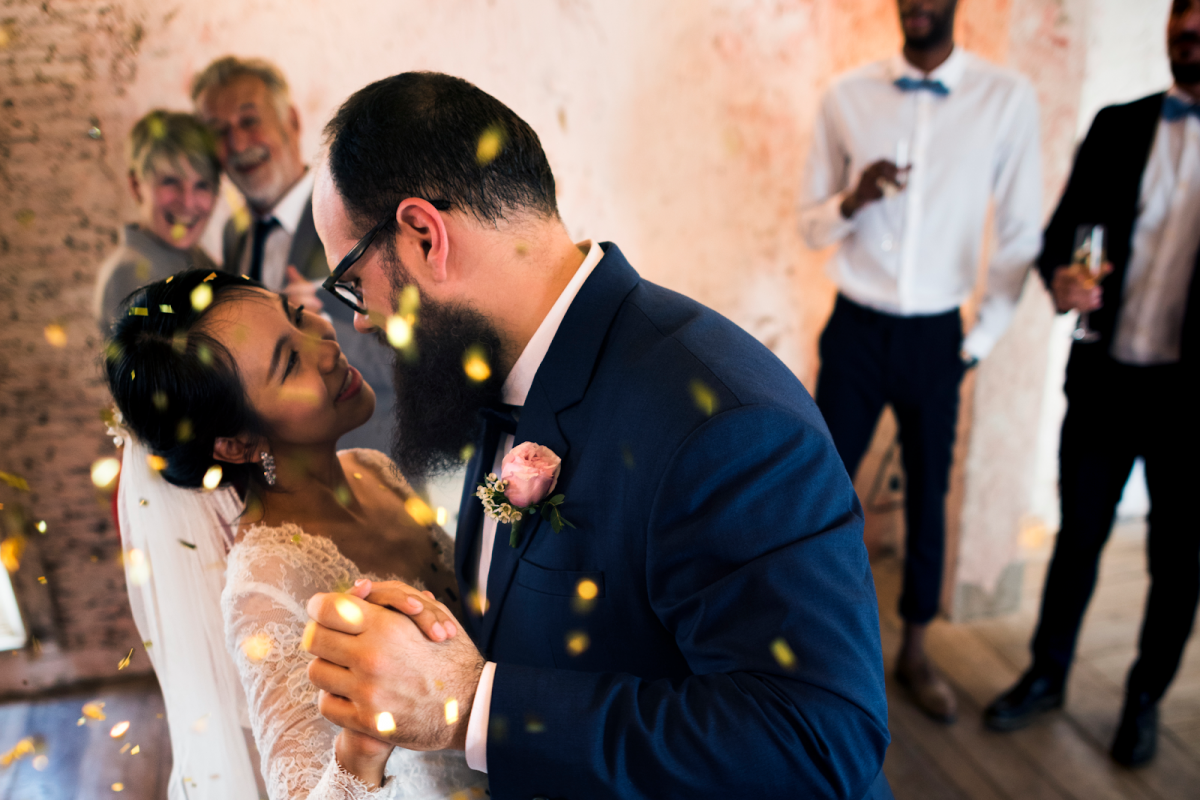 Marriage experts suggest that people who are thinking about remarrying should ask themselves one very important question: how desperate they really are to be in a relationship all over again. Most people who remarry are the ones who think that a new marriage is supposed to just let them get past their loneliness. This isn’t always the right thing to do, as remarriage is supposed to enhance your life, not just fill you up.

You will analyze a lot 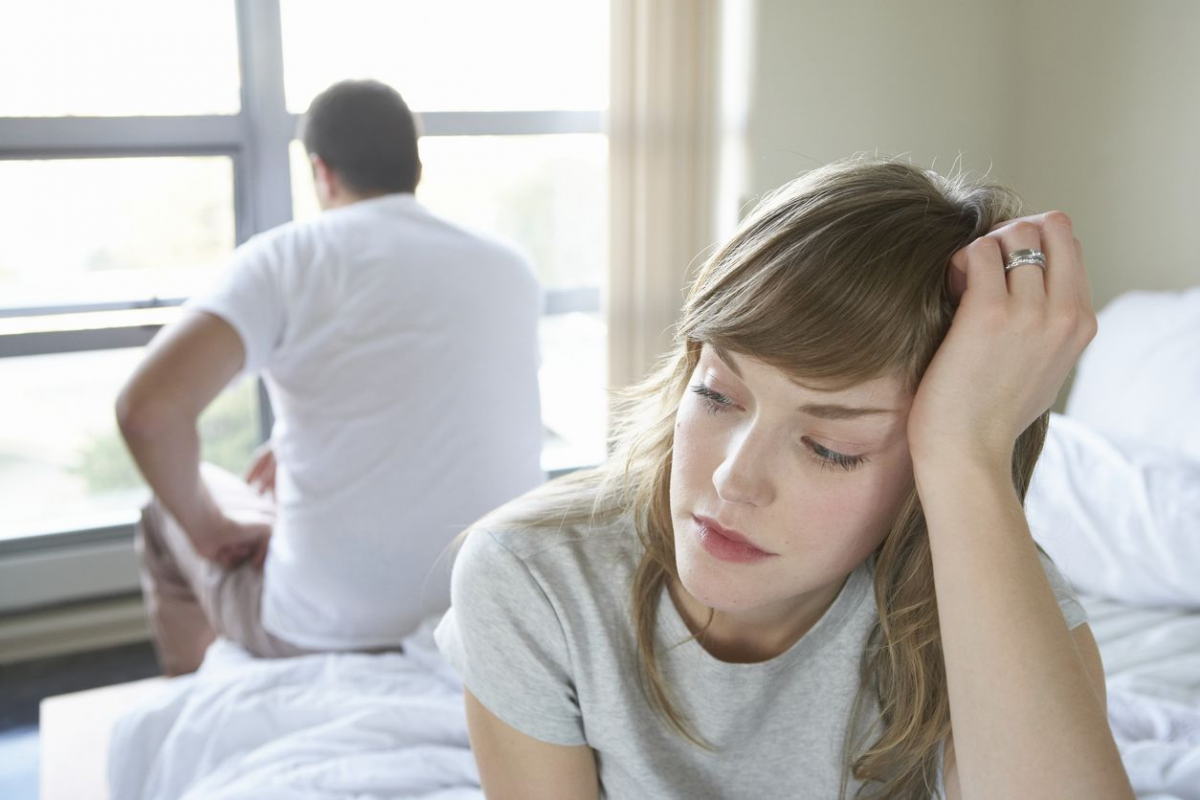 Just because of the fact that this isn’t your first rodeo, you will end up analyzing your previous marriage – a lot. However, that isn’t itself a bad thing. According to marriage experts, you need to ask yourself the red flags that ended your marriage in the very first place. By sparing some time for self-analysis on the matter, you will be able to figure out those red flags, and consequently, figure out what you really want and don’t want in your next spouse.