A love affair can either carry you in seventh heaven or drag you down to hell. And for some unfortunate folks, the anguish doesn’t even end after they break up with their partners. Their exes keep on sending texts, trying to see if they can rekindle the old flame.

However, not everyone gets frustrated or angry, or sad after receiving a text from their ex. There are people who know how to treat their exes in the wittiest and classy way possible. We’ve compiled a list of more than 50 such instances where the text replies to the exes were simply out of this world! Without further ado, let’s jump right into it! 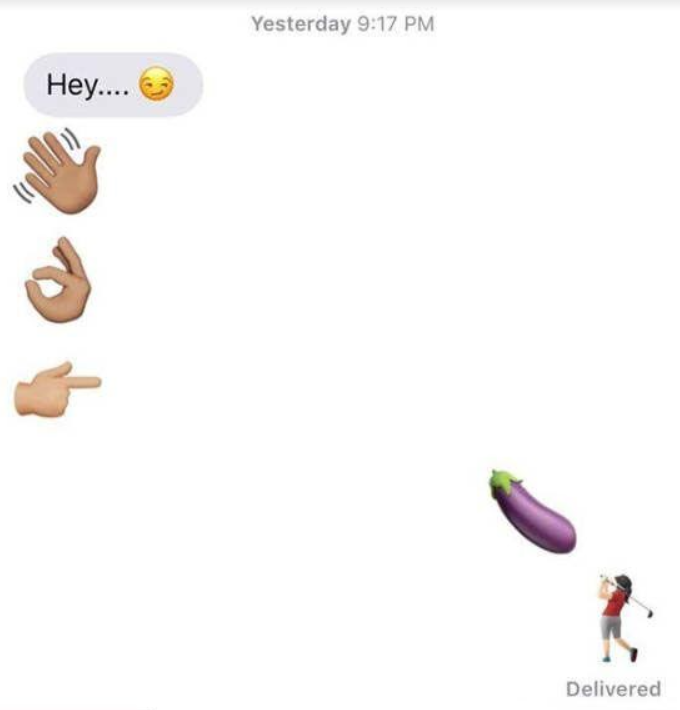 Guys are often obnoxious when it comes to asking a girl out. This man is a perfect example of that. Seriously, it isn’t hard to use some words, duh!

Well, guys conveniently ignore the fact that the other person can play the emoji game as well. In this case, the girl was ready with the perfect response – and that too, with emojis. Maybe this guy will tread cautiously the next time he is talking to girls.

This lady had the best reply in mind that perfectly summed up her response in just a couple of emojis. Perhaps this is the next form of communication, isn’t it? 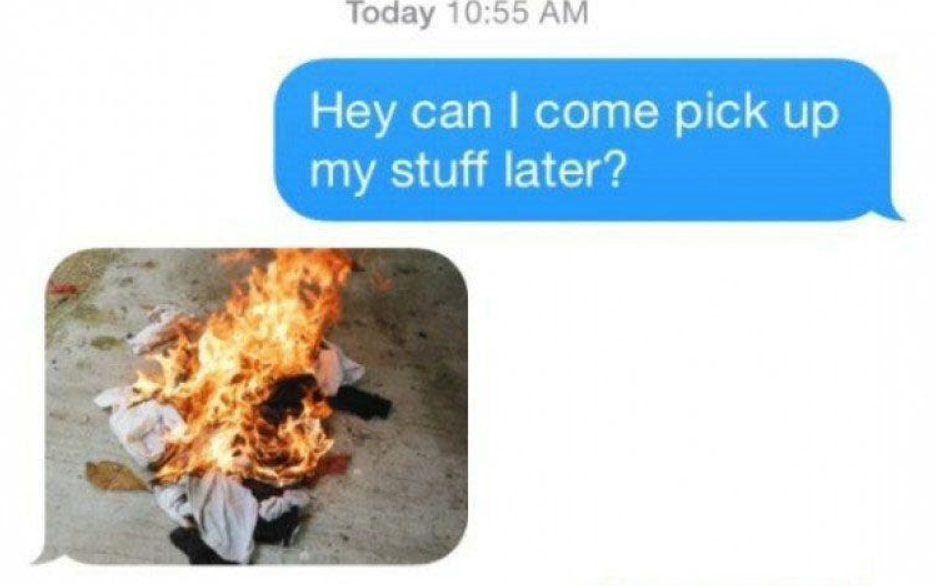 Leaving stuff at your ex’s place can be quite tricky. While it does give you an opportunity to strike a conversation and try to resolve issues in the future, there’s this underlying risk that you may never get a chance to see your stuff again.

While there are many reasons why this can happen, one of the major ones is anger. Breakups can be frustrating and tough, and your ex might still be angry. While your ex cannot hurt you physically, they will be more than happy to cause damage to your leftover things.

This is exactly what happened in this case. It serves as a lesson on why anyone shouldn’t leave their stuff at their ex’s place. Try to grab as much of your stuff as possible while leaving, otherwise, this is waiting to happen!

That Ship Has Sailed Into Oblivion 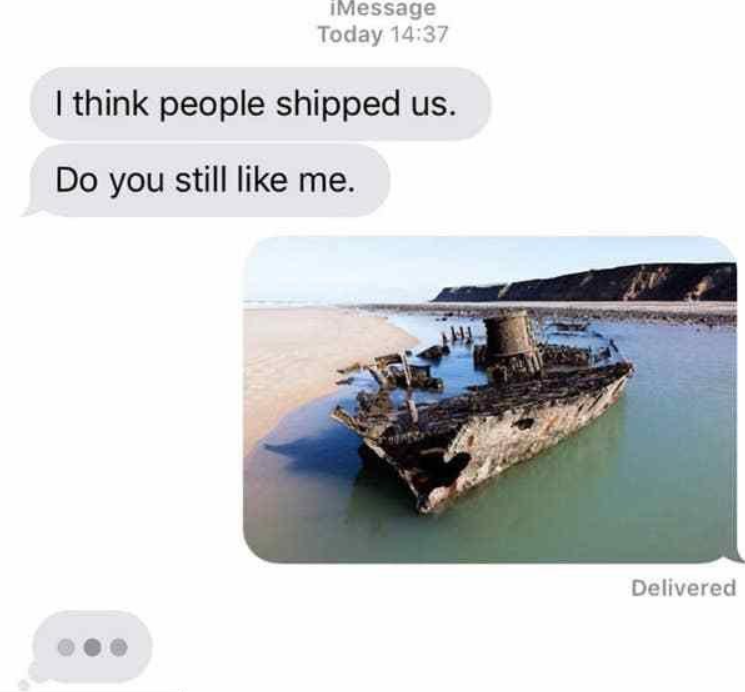 Okay, first of all – you should never put some sort of a price tag on your relationship based on other people’s opinions about the two of you. That is probably the worst possible thing to do!

The only thing you should be listening to is your soul and the emotions you feel when you spend time with your lover. If you hate your partner deep inside but just want to be with them because some social media friends said that you look cute, you are just wasting everyone’s time!

This chap was probably thinking if he could get back with his ex just because people thought they looked good together. The response he got was so witty that we’re impressed!

Be Courteous With Everyone, Especially Your Exes 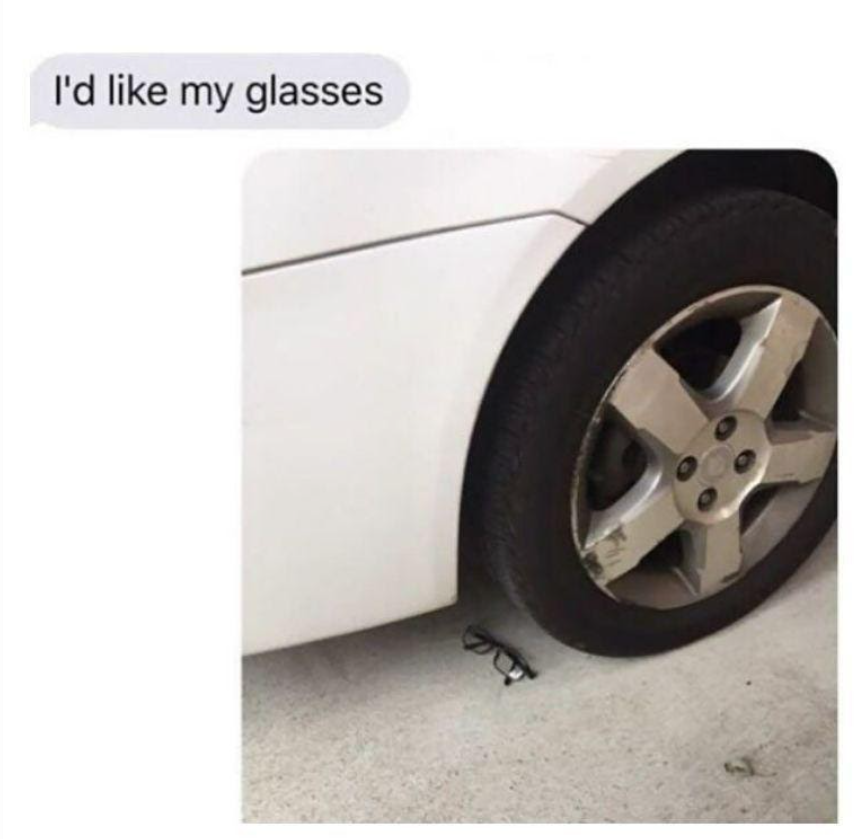 We’ve all had situations where we ended a relationship with a person and tried (in vain) to get the stuff we left at their place. If you have experiences like these, you already are aware that if the breakup was a bad one, you are probably not going to see that stuff you left again.

And this applies to both women and men! Whether it was a random novel you missed or some clothes of yours, if you really want those things back, just try to be nice to them when you break up with them.

If not, you’ll end up in exactly this situation as this person! Well, New glasses are really expensive, so this person must have behaved badly with their ex to get this treatment. 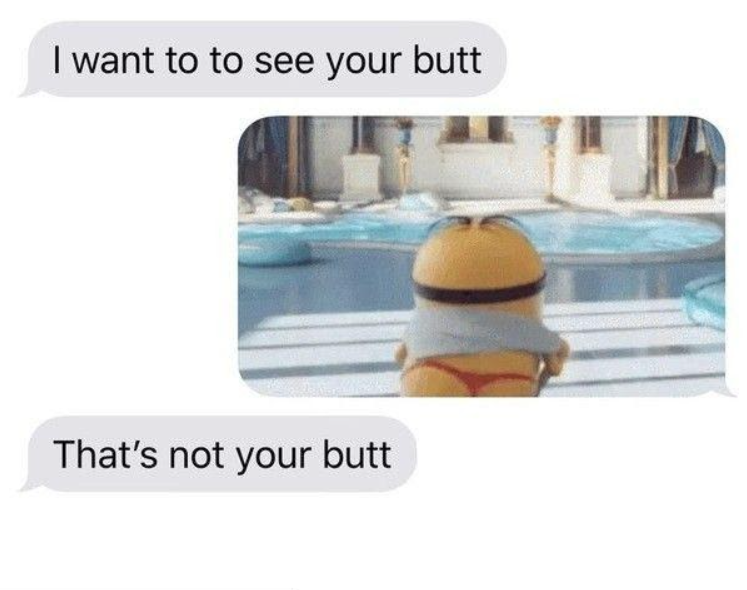 There is always a right time to ask a woman for a revealing picture, and guys often miss picking that moment by miles. Regardless of whether she is your girlfriend or a one-time fling, she is most likely to respond with a ‘no’ majority of the time.

But what about exes? Well, if you are asking your ex for some revealing photos, you are just waiting for disaster. What was this dude even thinking? Hey, haven’t seen you for a while, can I look at your bums, please?

Well, this lady didn’t exactly say ‘no’ but was creative enough to answer him with this funny pic that conveyed her feelings perfectly. However, we don’t think the dude got her, though! 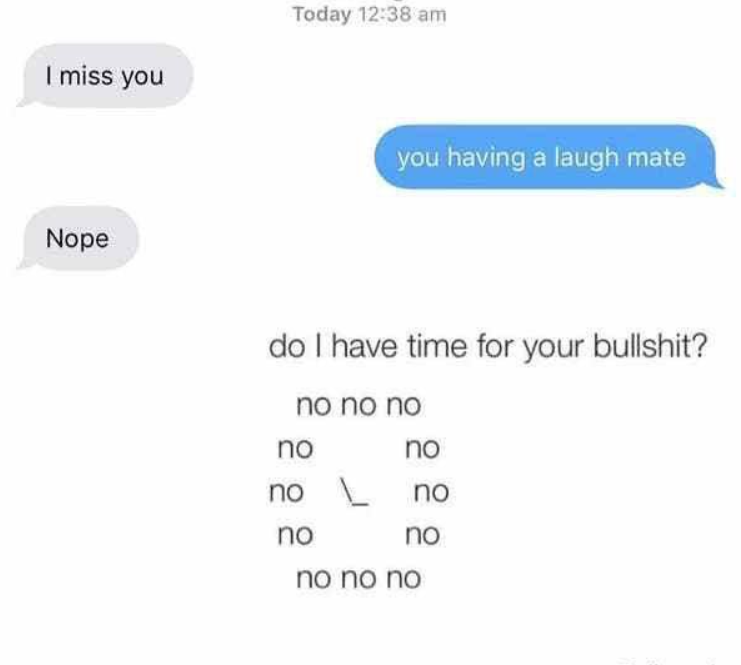 It has always remained a mystery why ex-lovers try to cling around to their ex partners. They randomly come out of the blue and try to hit you up with texts after weeks or even months of dead silence!

Well, there are some who are clingier than average folks, and you are receiving their texts regularly, with them trying to start a conversation. What they do not realize is what is over is over!

There are many ways to respond to a person who doesn’t know how to respect boundaries, but this one right here is one of the most creative ones we’ve seen. Maybe this person will get the memo this time around!

Learn when to stop 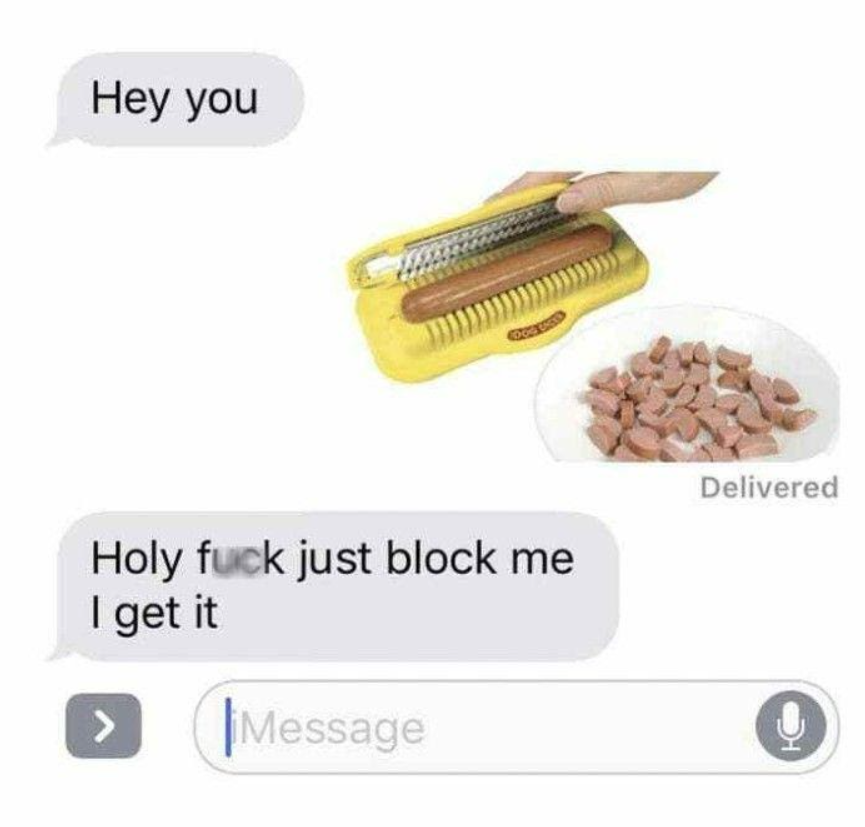 We’ve all encountered people to whom we do not want to respond ever, but then you do have to get that message across in some way or the other. That is where you can make use of pictures and emojis!

A picture is definitely worth a thousand pictures, as you can see in this chat. The woman did not have to respond to this person – she made herself clear with the use of this picture and we’re sure that person is not going to text her anymore!

You can argue that it was perhaps a bit overboard, but we don’t know what exactly transpired between these two, so we cannot really judge. The one thing we do know for sure is that the girl’s response was amazing!

For Game of Thrones fans 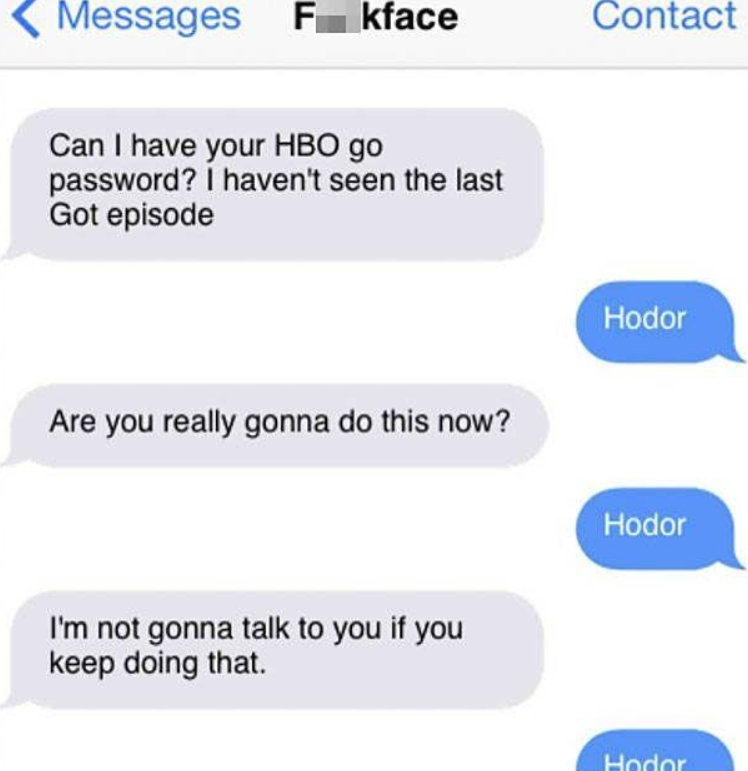 This revenge is perhaps the classiest response you’ll see on this list. Can you imagine an ex texting their partner back just to request their HBO password?

Well, following the tough breakup and the frustration following the breakup, this person had the guts to casually ask for their HBO password as if nothing happened. We cannot know for sure if this lady got angry or she didn’t, but her response to this person was pure gold!

Following the spirit of this popular show, she just replied with a single word: ‘Hodor’. In all honesty, we couldn’t have figured out a cooler way to text ‘get lost’ in such a classy way! This lady right here is a true GoT fan.

She Is Not Getting That Man Back 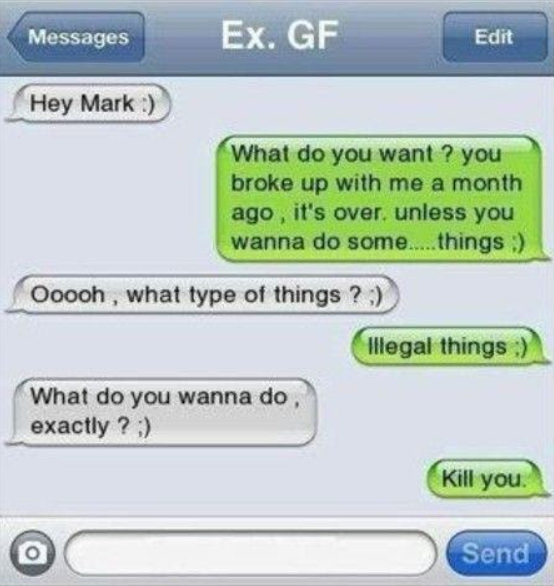 There are people out there who believe that after treating a person like trash, they can somehow make that person forget all the humiliation and pain like it never happened in the first place! Pain associated with a breakup might make one feel like time has just stopped.

Pain doesn’t miraculously disappear overnight! And if this girl didn’t realize this before texting her ex, she will do it now in the future.

As we can see, the conversation started off as a playful one, only to go cold real fast.

Approaching a man you broke up with and then approaching them again will always put you in a tricky situation, as this chat suggests. 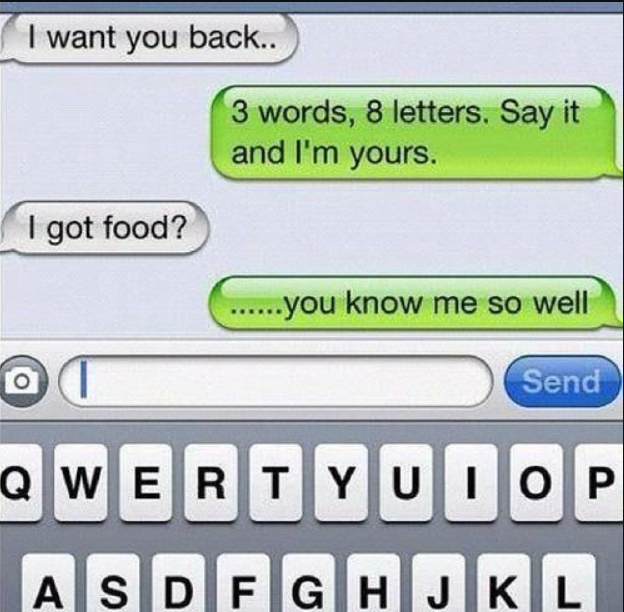 There are times when people break up over silly stuff, only to regret it moments later. After the emotions are back to normal, they realize the gravity of what they did and try to patch things up. But it isn’t that easy to get someone back after breaking up with them!

Still, if one partner takes that first step, the other can easily follow. This man really wished to make amends with his lover, but she put a condition – he had to guess the three magic words!

And it wasn’t ‘pretty pretty please’ for sure, but it was a phrase that was specific to their relationship. The man was able to make the right guess, and we hope they did end up making amends.