In 1987, the world was greeted by the creation of Photoshop – a computer program that could virtually turn anyone into anything you desire. While many people over the years have used this to mask unpleasantries around their figure, the ones that come to mind are the ones that were clearly photoshopped. However used with caution and modesty, we’ve seen Photoshop skillfully enhance the natural beauty of many iconic people.

Through these subtle efforts, we’ve seen celebrities appear flawless on magazine covers looking so good that it’s hard to believe that they’re real. It’s to the point that many people are easily tricked into thinking they ARE real on those photos and not at all shopped – despite the fact that they are excessively edited, in fact.

It’s a huge problem, as celebrities themselves are the ones who set beauty standards – according to most people in the world. However, their beauty is clearly altered. To go and prove this, we’ve compiled a list of some celebrity shots that were shopped – showing you the before (left) and after (right) pictures. Some of these are botched Photoshop tweaks, while others made some big modifications to the originals. And of course, these are from many iconic celebrities like Justin Bieber, Kim Kardashian, Lady Gaga, and more. 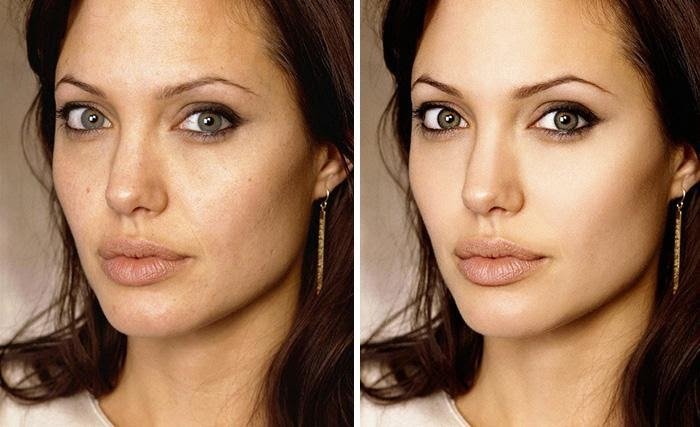 Angelina Jolie doesn’t really need to be photoshopped. Based on this, she’s setting unrealistic beauty standards both before and after. 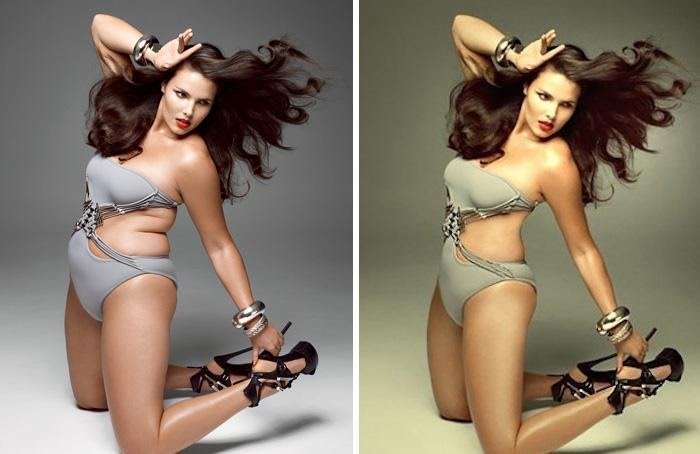 This photoshop is a perfect example of unrealistic beauty expectations. Candice is already fabulous as she is on the left. 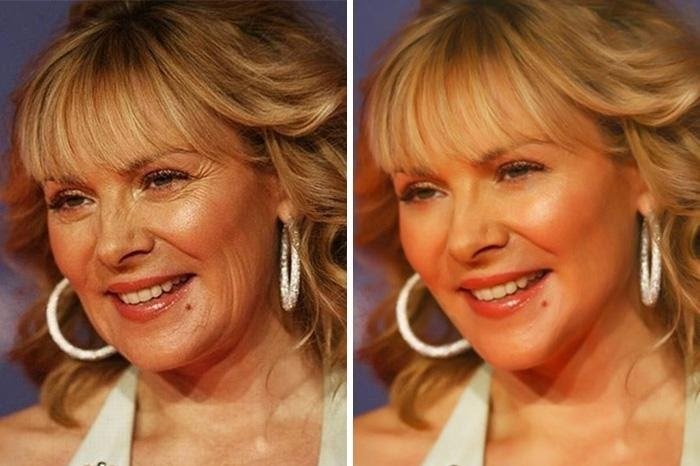 Airbrushing is starting to become a more common technique to make celebrities seem like some kind of ageless beings. Honestly, it wasn’t needed at all in this edit. 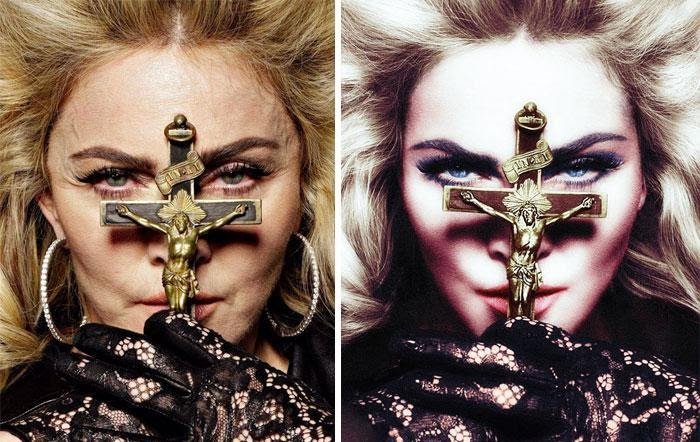 Madonna has had several photoshopped pieces over the years as she’s only getting older and older. Many of them have made her appear significantly younger than she really is, of course. For the record, Madonna was born in 1958. She’s in her early 60s at the time of this post. 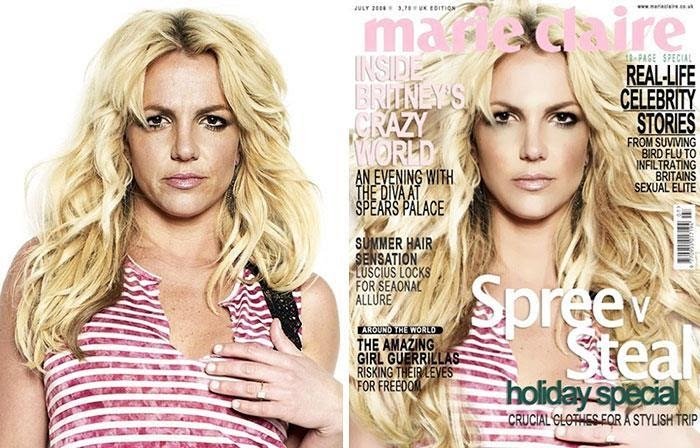 Britney has gone through some pretty rough patches in her life, but she’s also a prime example of unrealistic beauty. She’s in her late 30s, but the amount of photoshop done to her is insane.