The 90s have undeniably influenced current fashion trends both on and off the runway.

What made this era iconic was how with the expansion of grunge and alternative music, the non-conformist attitude permeated into fashion as well. The 90s were not just about clothing – it was a unique time when new technology and globalization intersected to give us a way of living that defines us to this day.

The Rachel cut, hoodies, chain wallets, and roller skates, dial-up internet connections, Tamagotchi and Super Mario – all are just some things that all 90s kids will relate to. We bring you a list of the trends that were all the rage in the 90s. Some of these trends are down in the archives of ‘why would you wear that?!’ (think platform boots), others have lived on as fashion staples. After all, the 90s did give us fashion divas like Naomi Campbell and Princess Diana. Read on to find out more! 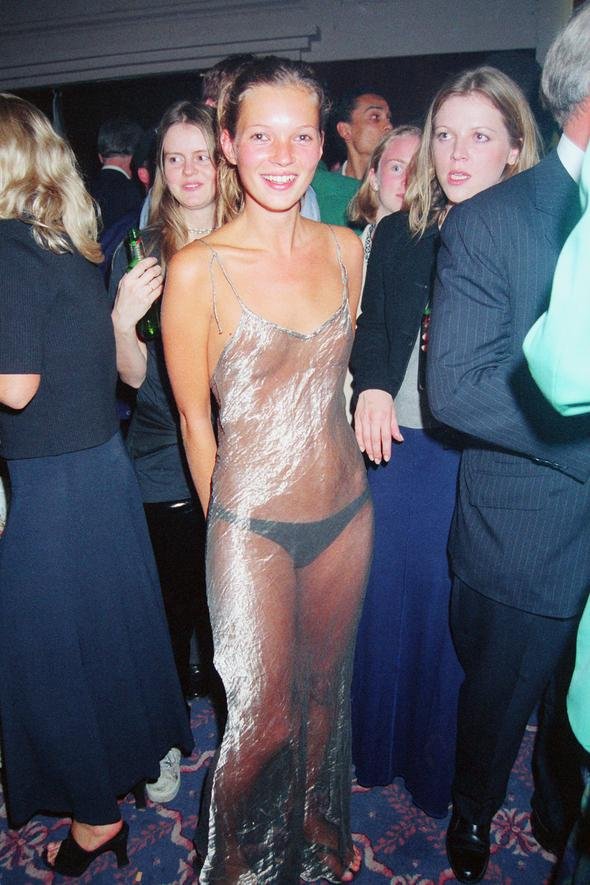 How can we forget Kate Moss in her metallic see-through dress with just a pair of black underwear?

One of the British model’s most well-remembered looks, it was even recreated by Kim Kardashian West. Slip dresses were a part of the minimalistic fashion trends of the decade.

Wearing underwear as outerwear was just another rule that was broken. Sheer dresses and slip dresses, both live on and are frequently seen on red carpets and during fashion weeks. 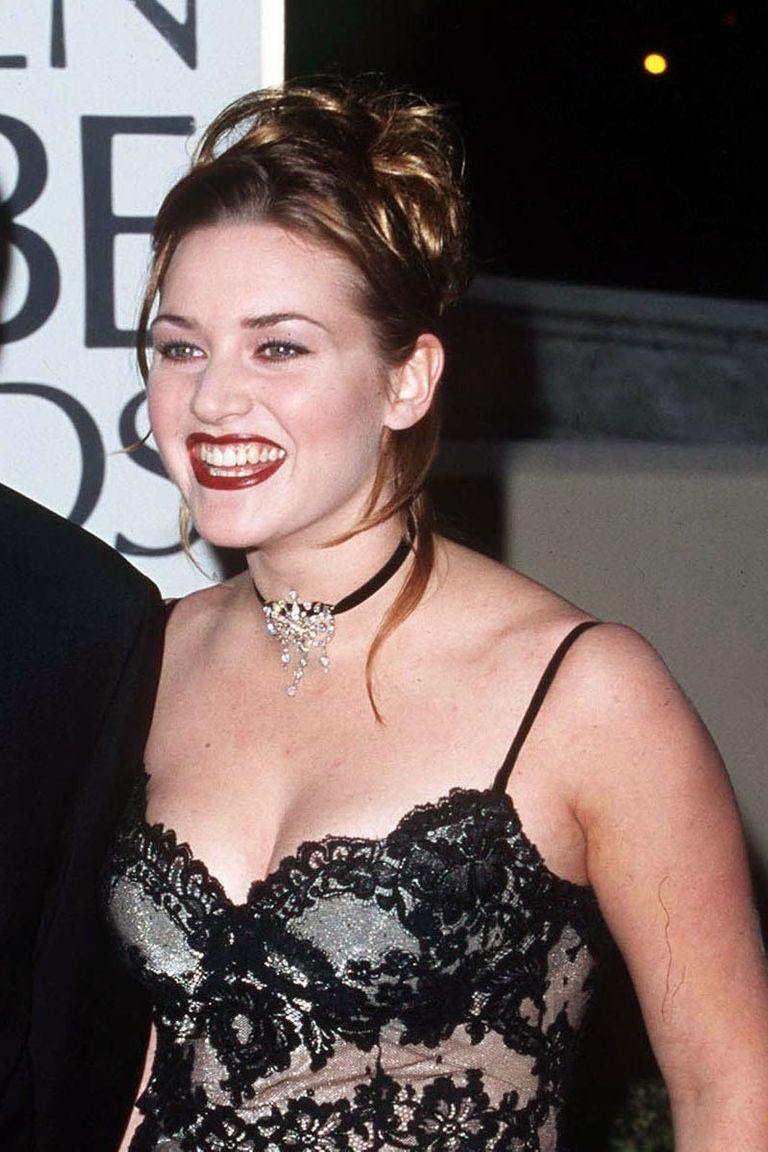 Kate Winslet fresh from her Titanic fame rocked a diamond brooch held by a black choker around her neck at the Golden Globes.

Chokers only grew bigger and have embellished many necks – from Cara Delevingne’s to Gigi Hadid’s and more. Satin, velvet, leather, metal, and even pearls – chokers are versatile and you can pair them up with basically any outfit. 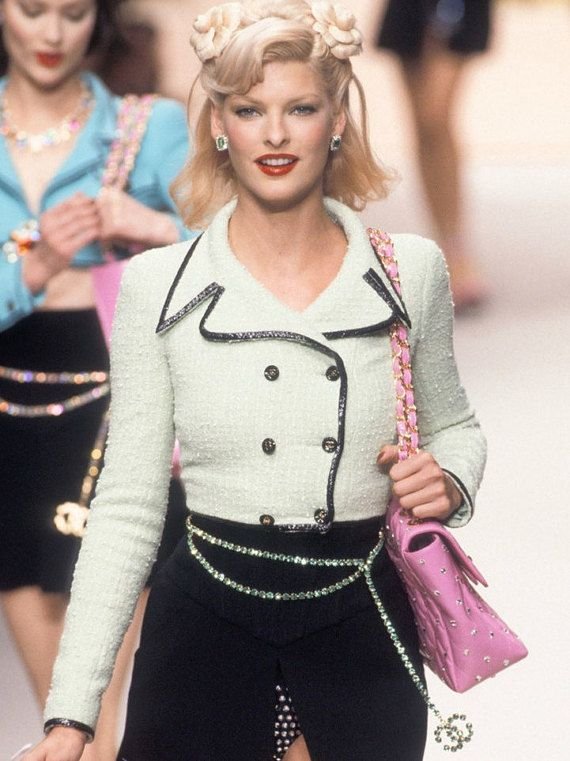 Chainmail belts hugging the bare belly of Britney Spears while she swoons to Baby One More Time live during her concerts. Sigh.

Chain belts and wallets were once a fave combo with ripped jeans, but the trend sadly died a painful death in the 2000s. But don’t despair, the grunge staple has resurfaced in 2020 and has been given a new lease of life by Bella Hadid who gave it a modern spin. Hadid paired a white turtleneck dress with a golden chain mail belt and she even wore a chain belt with pinstripe pants. Talk about a resurgence! 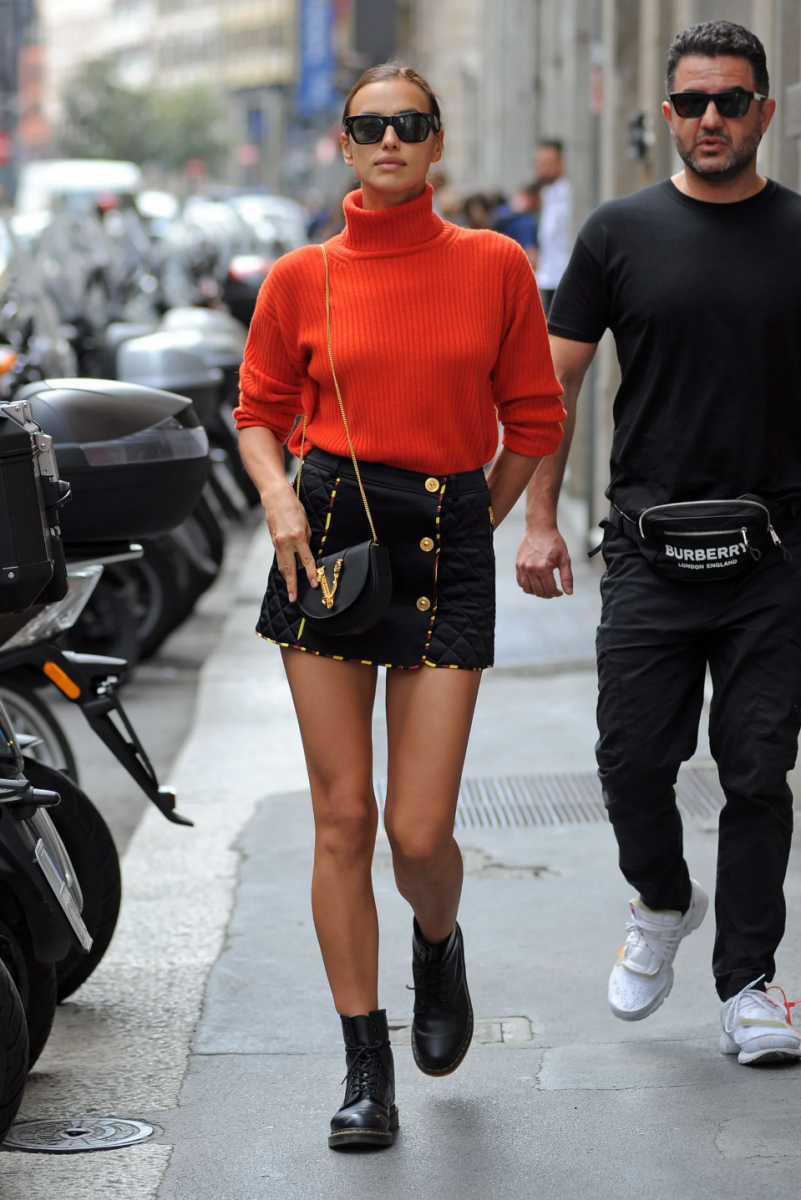 MTV was an important part of the 90s experience. Daria Morgendorffer was one strong female character in MTV’s Beavis and Butthead and her combat boot grunge style was unmistakable.

Combat boots are surprisingly easy to style and can add depth to any outfit. From Irina Shayk to Katie Holmes all have embraced the sturdy combat boots, albeit in a slightly toned-down version. 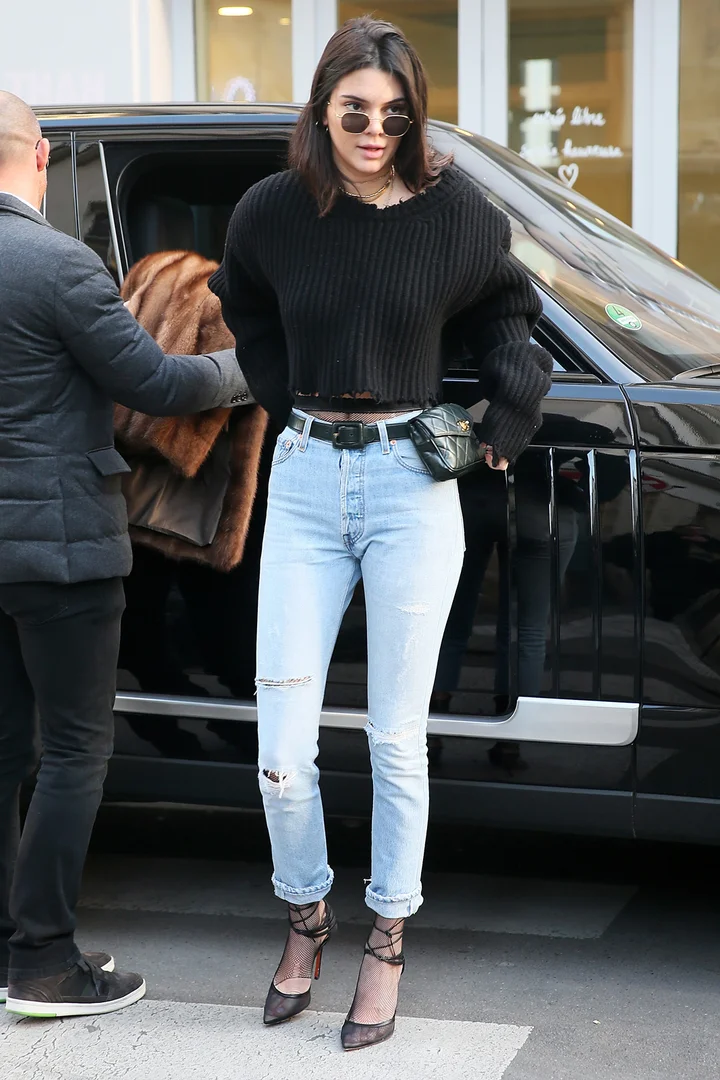 From being a symbol of the 90s for their hands-free brilliance to being ridiculed and finally making a comeback, the humble fanny pack has seen it all.

They are now being called ‘belt bags’ and are less bulky than the original saggy fanny packs, which were usually made of cloth. Belt bags are made of leather and instead of clumsy plastic buckles that fanny packs were known for, they have a metal chain.