Some Simple Everyday Things That Are Actually Quite Rude

Have you ever closed the door behind you and failed to realize there was someone right behind you? Or how about stepping into an elevator and forgetting to keep the door open as another person is rushing to get in?

Things like this happen all the time and it’s natural these days that people make these accidental etiquette mistakes. It’s easy to brush these things off.

However some of the actions we’ll be discussing here are not as obvious, but are still rude to do nonetheless. These too can be brushed off with no worries, but they’re still coming off as rude. 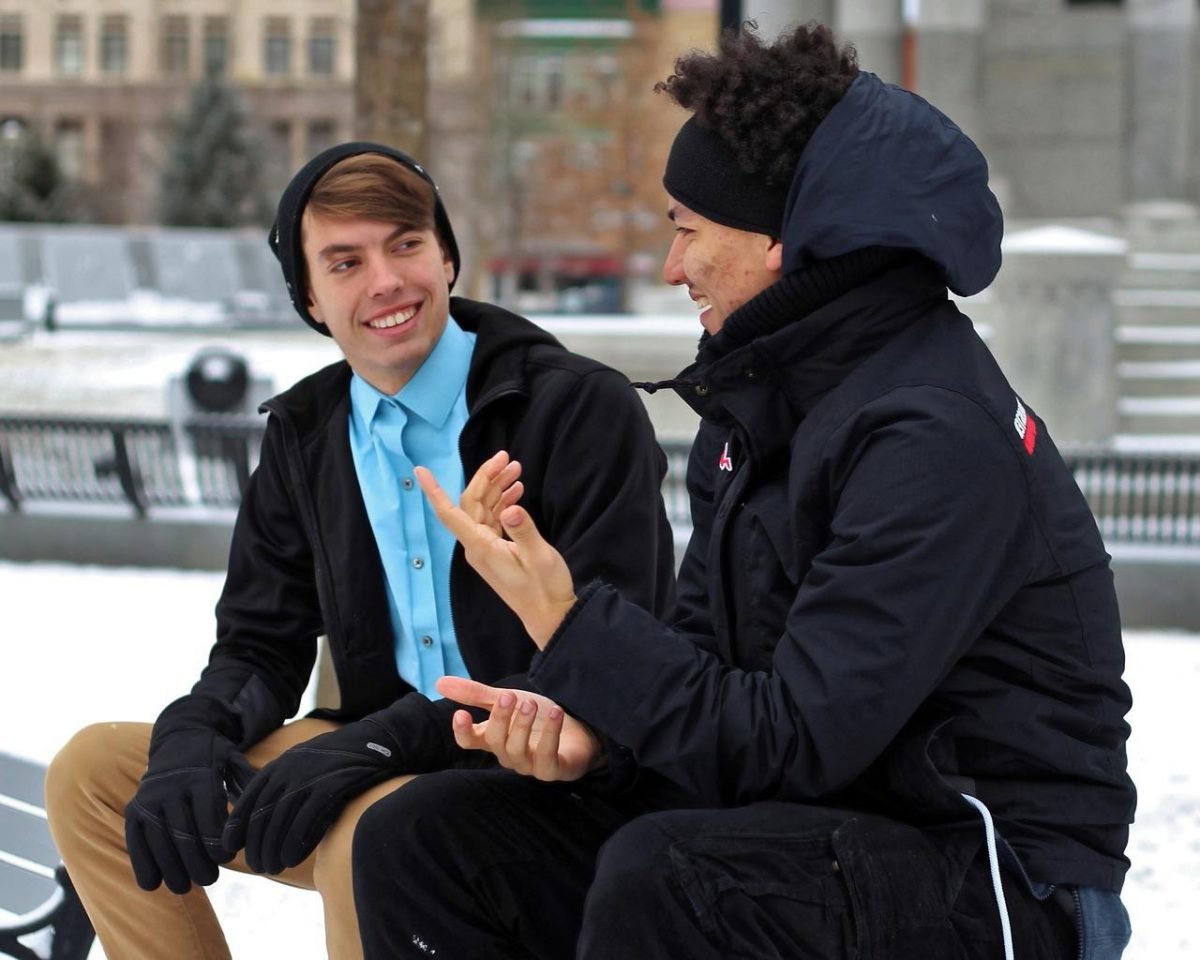 For example, using the words “just” or “actually” in conversation.

Not only are these words fillers and unnecessary in speech, but they carry a lot of weight depending on how they’re used. Consider the following sentences:

“I need that report by next week.”

“Actually, I need that report by next week.”

Consider the next two sentences too:

“You need to work out more.”

“You just need to work out more.”

As we said above, these words are filler words that add nothing to the conversation. They also come off as mean. Furthermore, using these words tends to soften your position in a debate as well, so they’re not good words to have in your vocabulary.

But lacking those things is still pretty rude and sometimes you can make people’s days by showing some appreciation. Remember, it’s those at the bottom of the food-chain in the service industry that make the backbone of any business. Without barista’s, clerks, and all entry level workers, things would be much worse and not run as smooth as they do now.

Relating People’s Stories Back To Your Experiences 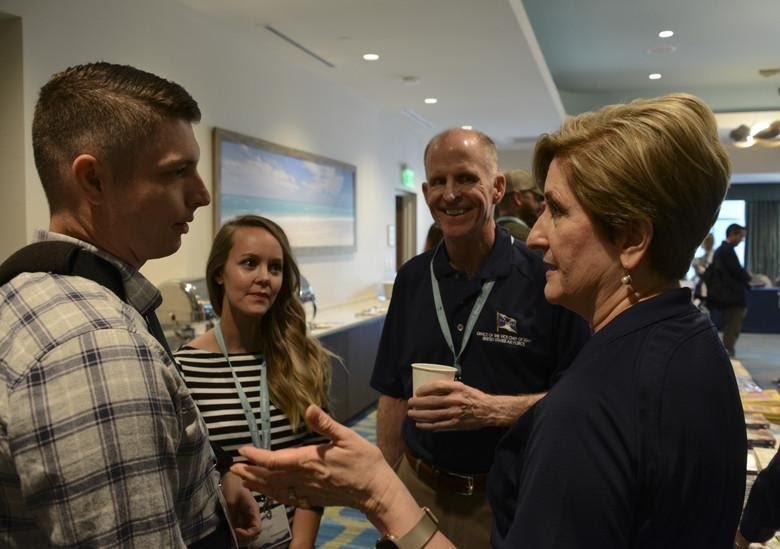 A lot of us do this on instinct and think that we’re being helpful. We think that by telling our story or saying we can relate ensures that the person feels reassured. Reassured that they’re not in this alone.

Sure, some people can feel that, but it can also come off as dismissive. It’s easy to turn that relatedness speech into “I’ve done this before, this is nothing” to the other person. And that’s the last thing they want to be getting the impression of.

Instead, listen in order to hear, rather than to reply.

Offering An Opinion Without Permission 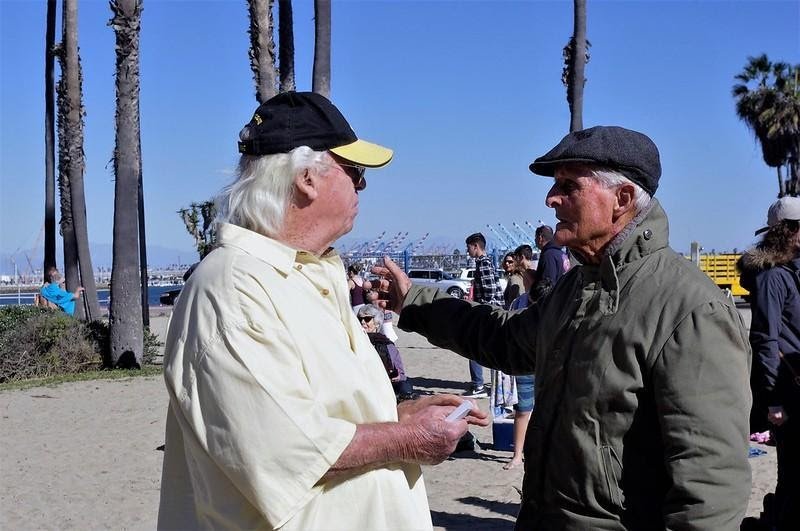 Much like telling a related story, stating an opinion can come off as helpful. And sometimes people do want to be looking for opinions when they talk about their problems. But there are certain conditions.

First of all, it pays to pay attention to how a person looks or is actively looking for opinions. Before you open your mouth, consider whether the person asked for an opinion or not. In all likelihood, if they didn’t ask you, then giving advice or an opinion can be more hurtful than helpful. 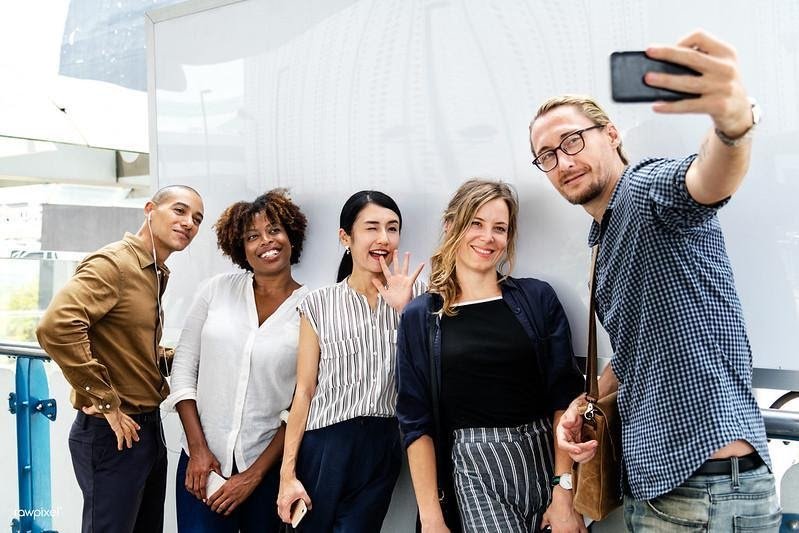 There are all kinds of social settings where what we do can come off as rude. For this section, I’m touching on interaction with others you engage with broadly.

Instead, work on guiding them and encouraging them.

To deny those compliments or water them down is disrespectful and can come off as rude.

Instead, work on putting a smile on if you notice your expression is off.

The only time it’s appropriate to ask for a tour is when the owner insists on showing you around.

Don’t chalk this up to bad memory either. Instead, put more effort to remember their names. 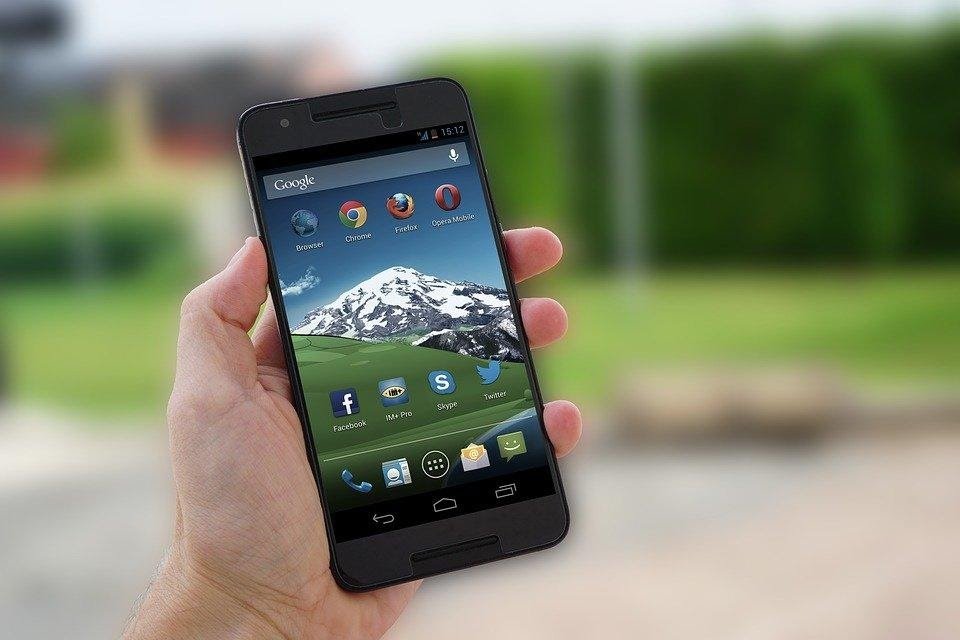 Because people rarely use the phone for calling these days, people’s etiquette over the phone is all but gone. There are only a handful of circumstances where putting someone on speaker phone is appropriate:

Texting and driving is bad, but walking while texting is also really bad too. Similar to both scenarios, when you’re texting, your attention is pulled away from everything else.

What’s also worth noting is that if you do get a text, make sure you’re not blocking anyone. It’s rude to be standing in the middle of a walkway or blocking an entrance.

A few other things that are rude to do is taking calls in public bathrooms and also being on the phone when buying something.

For public bathrooms it’s disrespectful, but also nasty. If that’s not enough you’re also occupying a stall that could be used for more productive methods than a place for you to take a call. There are more private places to consider.

As mentioned, it’s also rude to be on your phone when you are buying something. A lot of that has to do with eye contact. I’m not saying that you should be looking at the barista or clerk the entire time, but at least lift your head up and make eye contact with them.

Sure, you may not be in a chatty mood and the interaction is brief, but the eye contact makes people feel like they’re actually people. If you don’t even acknowledge them it can make people feel empty. 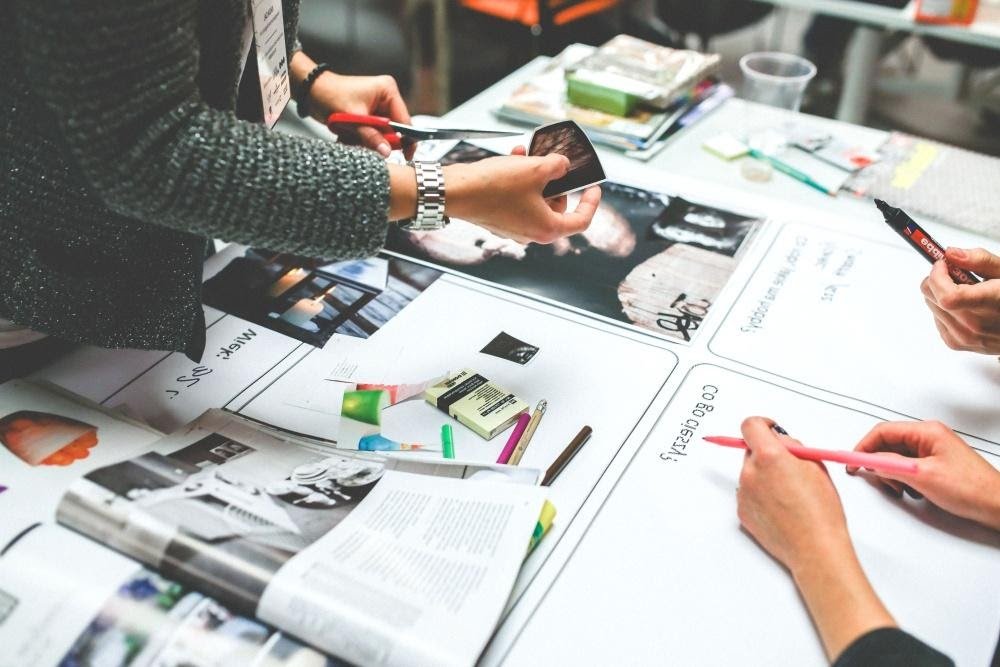 There are a number of things work-related that can come off as rude. Here are some examples:

Though we’d argue it’s worth it in the long run. Not letting someone merge into your lane is a rude move. Not only that, but you’re only letting one car merge into the lane. How much of a difference is that going to make in the grand scheme of things? A couple of seconds. 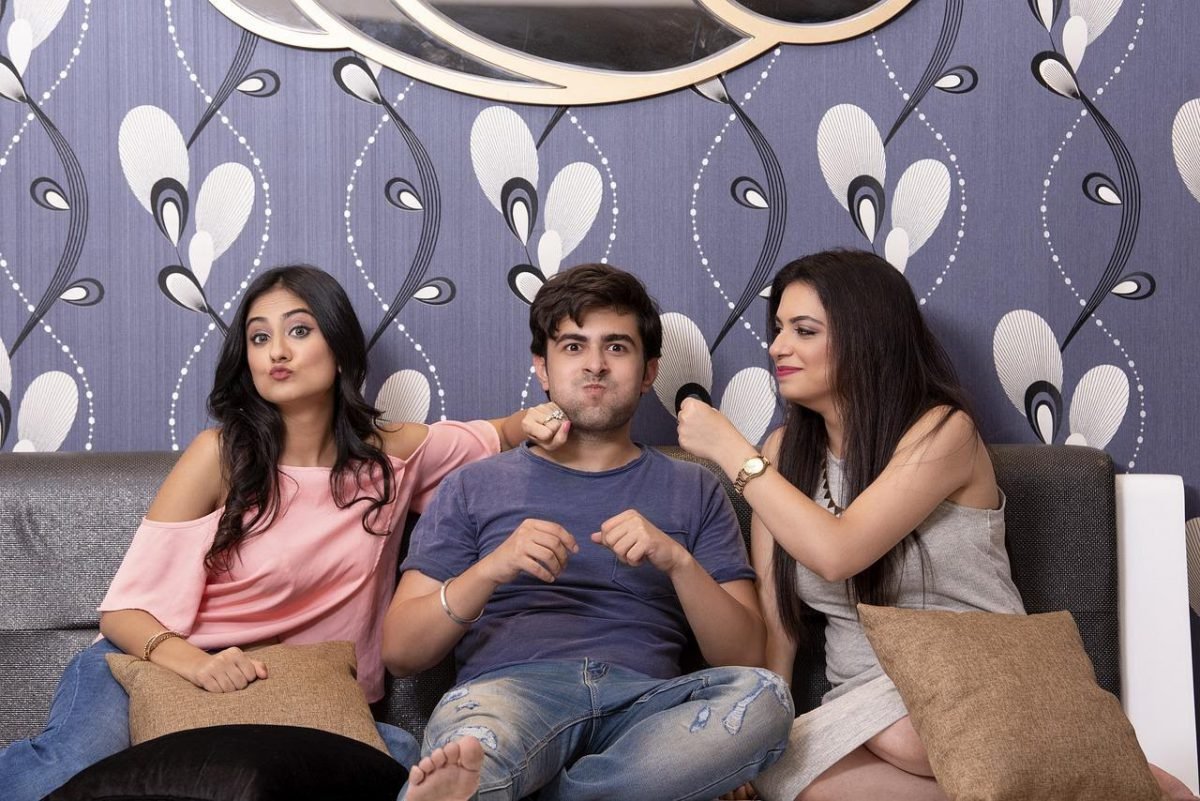 While your friends can be pretty chill about some things, there are still some awfully rude stuff you can do. Here are some things to consider:

Why it’s rude is that it can create a state of unease. Making introductions makes it easier for people to make connections.

When you are telling people to smile more, you’re imposing opinions of them and in some cases dismissing their current emotions. Sure emotions are temporary, but it’s important for people to cope with the emotions rather than mask them.

Where the problem lays is when you are constantly doing it. What this suggests to others is that you don’t value the commitments you’re making with them. If you really need to skip out on someone, make an effort to reschedule with them, rather than tell them you can’t make it and leave it at that.

Other Rude Things To Consider 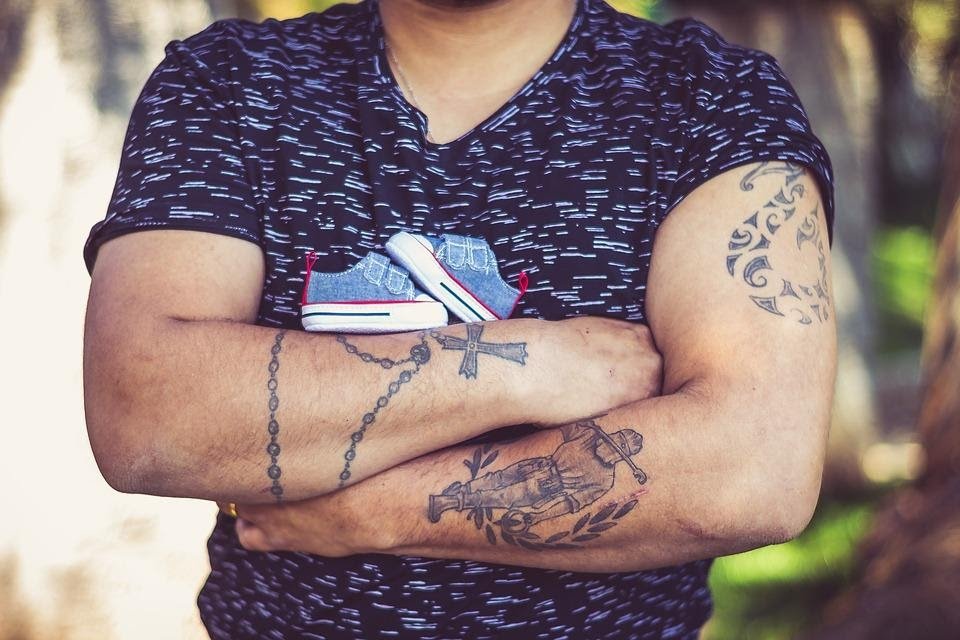 There are a few other scenarios that are worth considering as rude as well. Here they are:

The fact you are bringing up kids can cause harm to people as you’re not sure if the person or their partner went through a miscarriage, is struggling to get pregnant, or doesn’t want to defend their stance on not having kids.

Crossing your arms can be intimidating to others. Instead, work on putting your hands in your pockets or on your sides.

You have no idea whether your date or your friends can afford covering a portion of the bill. By expecting that to happen, it’s suggesting to the other they have a choice: either spend time with you, or pay for something that they need in their life (i.e. rent, groceries, etc.). Be mindful of people’s financial standings. Not their class, but whether they can help cover part of the bill or not.