Why Are People Afraid Of Getting Rich? Here Is Why

As many are no doubt aware, the key to financial freedom is being able to make enough money to achieve that. Your debts all paid off and you can stay on top of all the expenses that your lifestyle will bring. And while many of us dream of being a millionaire, winning the lottery and achieving that dream, not every person feels that way. In fact many who are afraid of getting rich often use the reasons we mentioned below. If you are scared of making more money, then chances are you have one of these reasons below for being anxious or scared of it.

Worrying About Theft And/Or Security 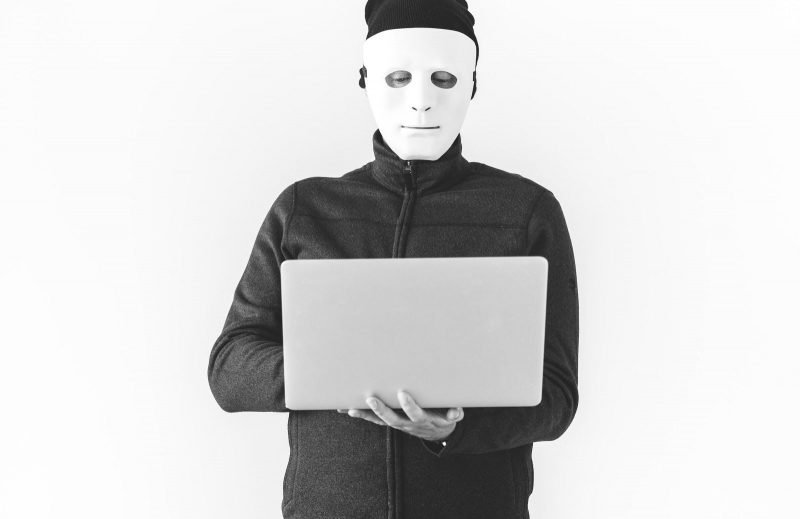 As the old saying goes “more money more problems” and for many, they stand by it. One of the largest issues that more money brings is the issues that some of it getting stolen. This also raises a concern for security too. The more people that know that you are rich the better odds you’ll be targeted for getting robbed or mugged. On the other hand the more wealth you have the more likely you may be targeted by scams as well. 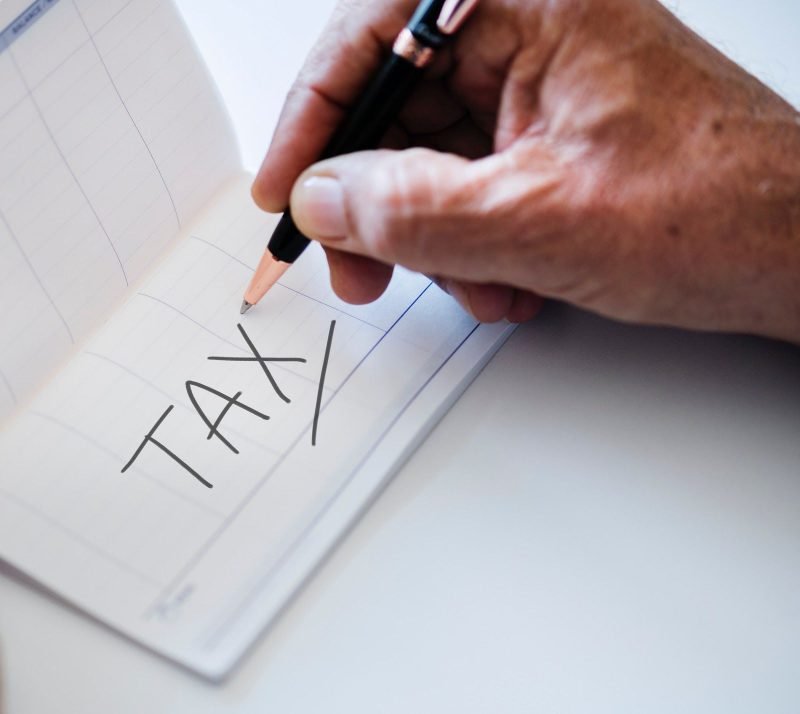 Another compelling reason is taxes. While taxes are very confusing but the general rule goes the more you make, the more that you pay. This aspect can mean a lot to people if they suddenly come into money and are pushed into a tax bracket that they’re not used to. And sure you may be hiring someone to do your taxes for you, but even that can be costly. There is the cost of paying the person but they can miss things at times or write down numbers incorrectly and you may end up paying more. It might not have stung so much if you were in a lower bracket but that potential can make people afraid of earning more. 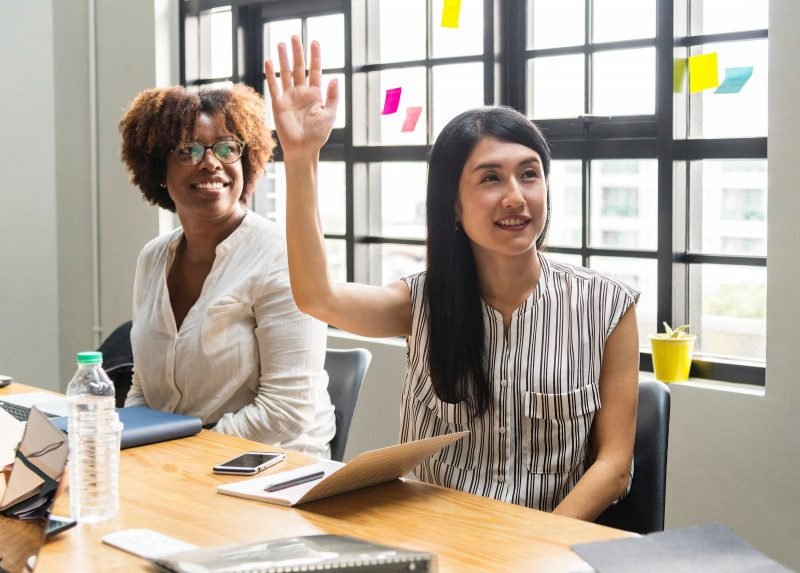 Though if I’m being honest here, the biggest reason people avoid becoming rich is likely due to the requests they may get. Once relatives know that you are rich, many expect you to fill out their requests. The same applies to friends. They’ll bring up the fact that they’ve been loyal to you for so long, or that you’re meant to take care of your family as reasons to help them out financially. The relationships become far less personable and more of the person interested in being around you because of your money. This scenario is quite possible and why many want to avoid becoming rich. 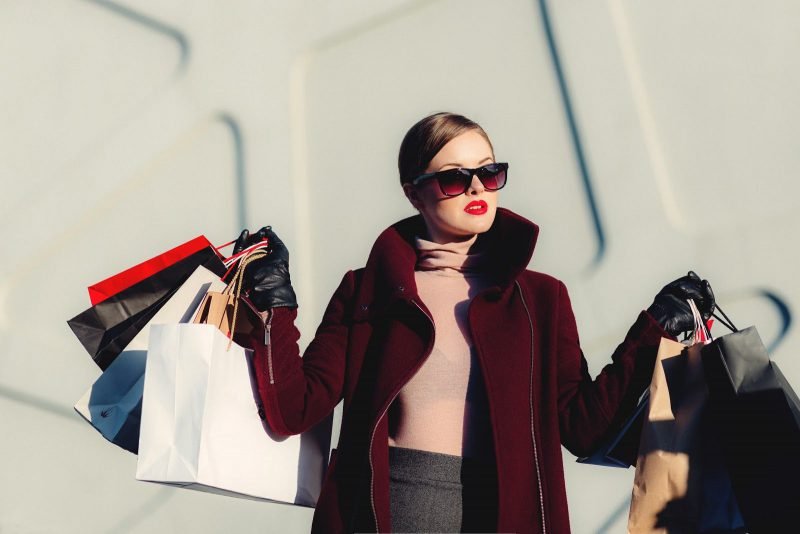 If you’ve read any wealth management books some of them talk about living within your means. The problem is not many people apply this information or have even read books on money management. Instead, they rely on the habits that they’ve built. Unfortunately for many that is once you get a pay upgrade, you upgrade your standard of living.

So in the event where you are making exceedingly more money, people instinctively raise their standard of living as well. And it can be very hard to resist the temptation. So much that people are scared of getting that wealth.

It’s not out of the ordinary for people who become rich start to compare themselves to other wealthy people or families. They are then pressured into “keeping up with the Jonesses” that they run themselves into an expensive pitfall that is unavoidable. This forces the person to do only one thing: work harder at bringing more money in. 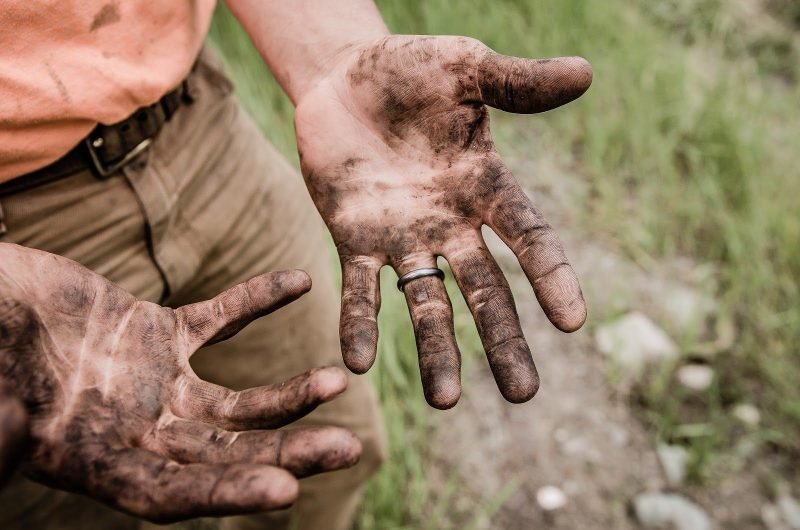 The last point brings me to this next point which is harder work. A lot of people think the rich have it easy, but that’s not always the case. If you get caught up in that rich lifestyle maintenance, you’ll need to be making more money. What this means is you’ll need to be working harder if you intend to keep your current status. And for many, they’re not ready or willing to meet that demand. Because while being rich does have perks, there is a lot of work that goes into maintaining it that only some realize. 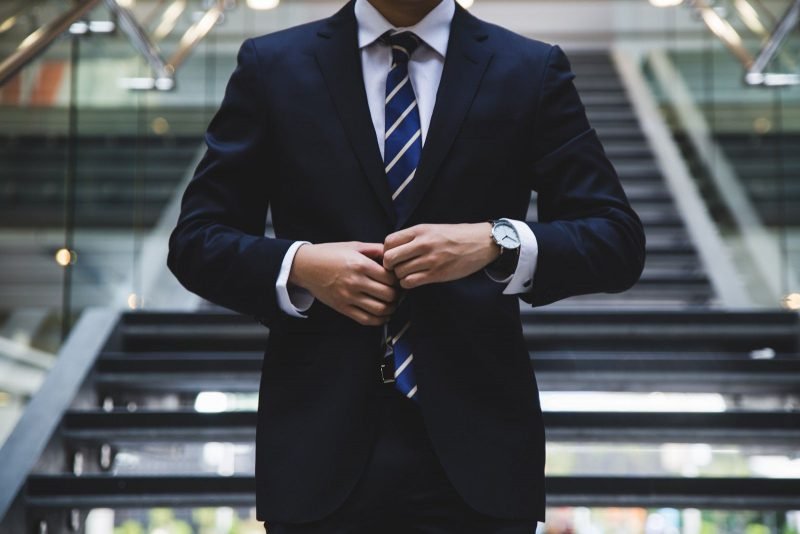 Along the same lines as maintaining the lifestyle, many have the expectations that you need to look the part as well. This means dressing rich and that’s expensive. Many of the rich people of the world spend fortunes in designer clothing from Gucci or Versace and that might not be the lifestyle you are looking for.

Along with friends and family asking for money, you may also get charities at your doorstep as well. While they may not be as forward as your friends or family, the issue with charities is that there are many. There’s nothing wrong with being generous and helping others where you can, but the thought of picking between which ones – if any – can be a huge deal of stress for many. 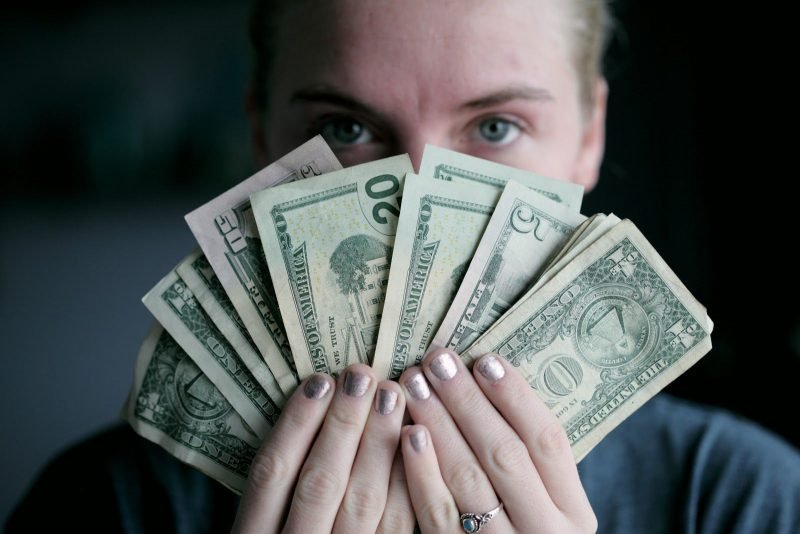 One thing that I’ve been alluding to is generally most who come into a lot of money tend to make poor financial decisions. With great money comes great responsibility. And while reading financial books are very helpful, many of those books will suggest looking into financial advisors or money managers. But that can be very expensive, particularly when you are very rich. Some financial advisors don’t always have your financial interests in mind. On top of that if mismanagement of your wealth happens it could be on a larger scale if you have more money. Never having that kind of money is one thing, but it’s harder to justify being rich and justifying having all that money and then losing it. 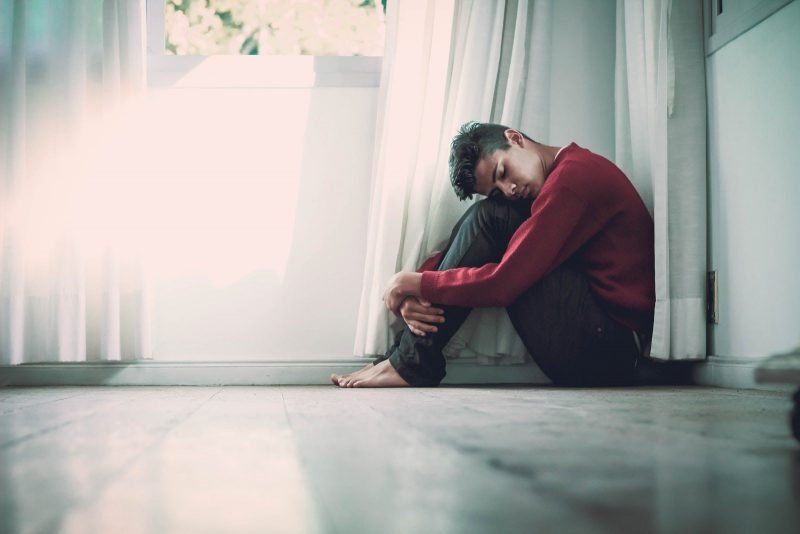 Some say you can buy happiness once you’ve satisfied all your basic needs, but for many that’s false. In fact, looking at the behaviours of the wealthy, you’ll see something different. With everything that I’ve brought up, there is no doubt a lot of pressure placed on people and for many that pressure is too much. This pressure from a variety of sources can lead them into a state where they are depressed or anxious. It can get so bad that they need to spend more money on therapy just to keep themselves happy. 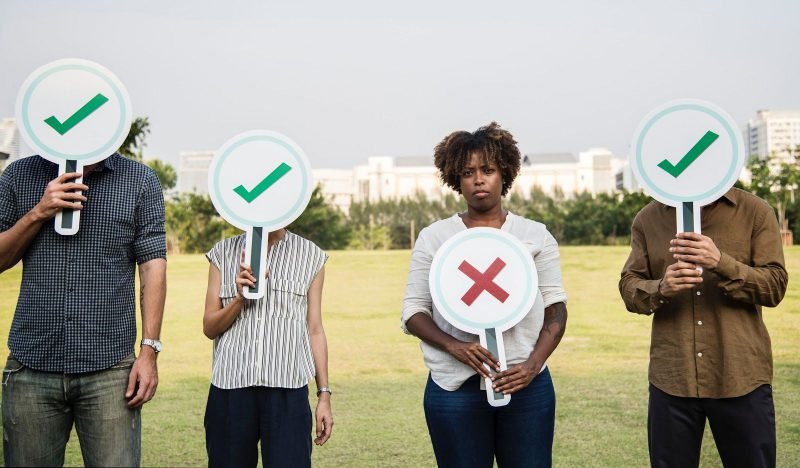 When people come into money, you’ll start to see a massive shift in personality. As I said above, many people begin to change their lifestyle and environment around and that does affect people on a massive level. The values that they had before have completely changed and when people do this it may not always be change for the better.

Being In The Public Eye 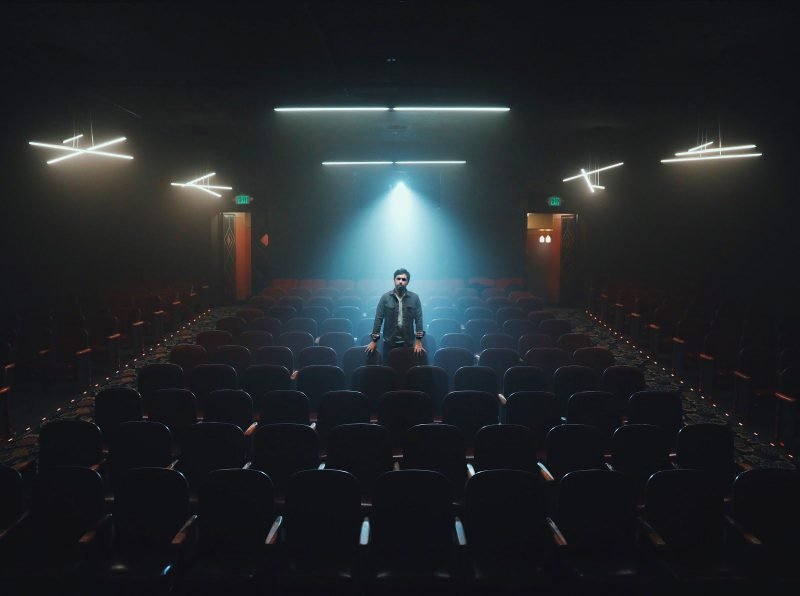 When you are rich, it becomes incredibly difficult for people to not know about you. If you make it big, chances are most people will know something about you. Whether it’s on a nation-wide scale or just the people around you at work and in town, that form of publicity can be a lot for people to handle. 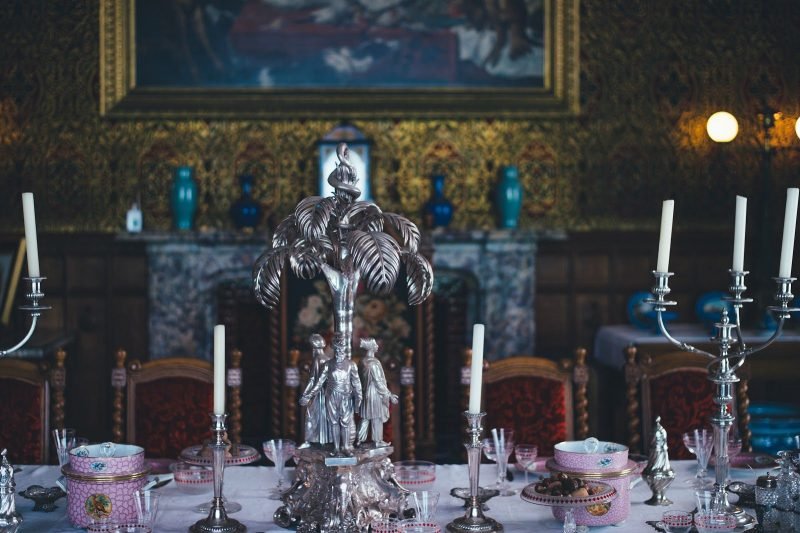 When everything is all done, you’ve finally got inheritance. Once you pass on, who exactly is going to get your wealth? This may be a pretty easy task in some situations, but for others it can be a massive source of stress. There is of course all the legal lingo you need to understand, but if there are many people in your family, they may argue over who gets what. And those arguments can cause rifts in the family and cause issues during the process of setting up your will as well.

Make no mistakes, being rich does have its perks. And if you’re intelligent about it, you can avoid many of these issues. But it’s also important to know some of the problems and drawbacks to being wealthy as they are often overlooked when people are pursuing their wealth.