What Is Caffeine Crash And How Do You Deal With It?

There are several reasons for people to wake up in the morning and drink coffee. The most common of which is that the caffeine boost helps a lot of them to wake up. However not every cup of coffee ends up with that experience. In fact, in some situations people experience the opposite effect – they feel even more tired. Well, there is a reason for why that is and how you can deal with that entire situation. Read more below to find out.

What Is Caffeine Crashing And How Is It Caused? 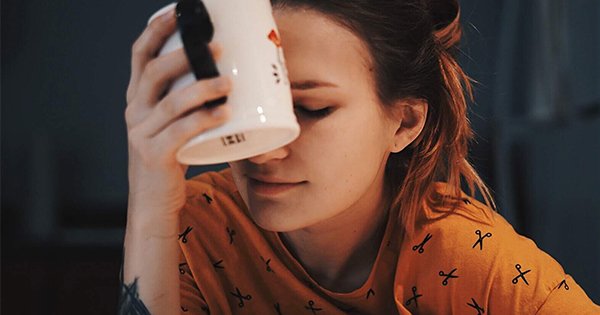 The reason you feel even more tired after drinking coffee comes down to a term called caffeine crashing. Caffeine itself is a stimulant. This means that it increases the activity that’s going on in your brain and your nervous system.

This aspect alone means that people’s take on caffeine can have various effects on everyone. Some will be energized, while others will experience a caffeine crash.

Now, this doesn’t all boil down to genetics. As Clara Nosck, MS, RDN explains, the difference between those results can amount to several kinds of things like how much sleep you got, your current level of anxiety, whether you’ve eaten enough food, your sugar intake, and if you’ve had enough water to drink too.

It could also be caused on a molecular level as well. There is a molecule in our bodies called adenosine, which occurs in the body and makes you sleepy. This molecule can work as a blockage, denying you that energy that caffeine gives you. Sarah Muhammad, RD expands on this by saying:

“When you consume caffeine, it binds to the adenosine receptors in your brain, thereby blocking the function temporarily. Once the caffeine wears off though, all of that built-up adenosine will perform its original function, giving the crash effect.”