20 Terrible Things To Do When Sick

We all feel under the weather once in a while and for many of us the remedy can turn to resorting to junk food, staying up, and doing nothing to deal with our illness. As suggested, this isn’t the brightest thing to do if your plan is to recover. Not only that, but there are plenty of other things as well that aren’t wise to do as well.

Below is a short list of “remedies” that make matters worse for you. 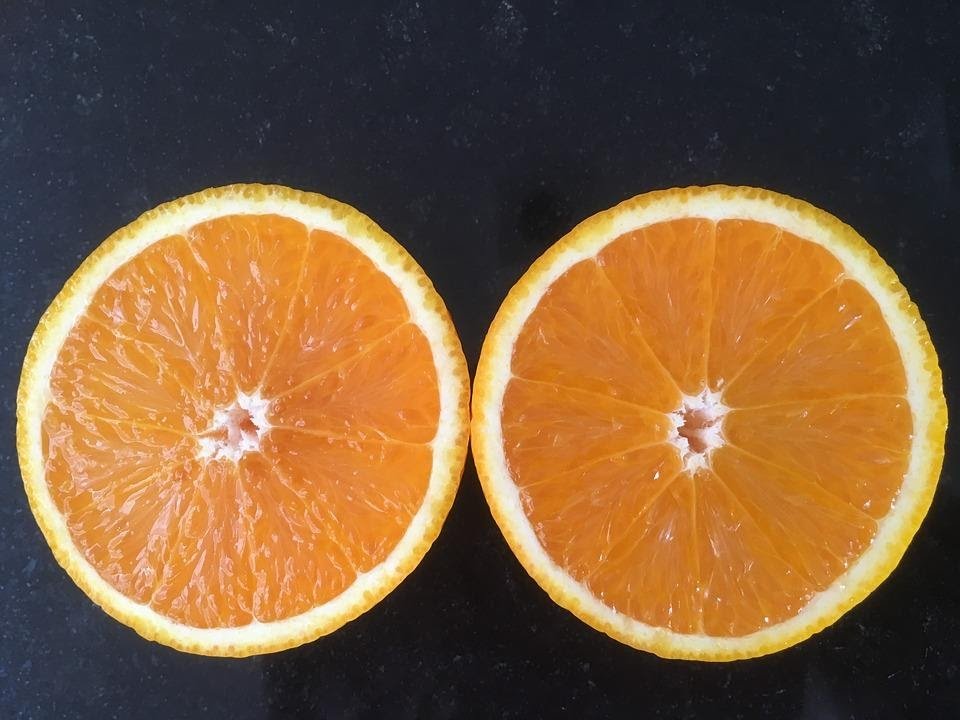 While all of us know vitamin C boosts and supports our immune system, we can sometimes go overboard on it. Remember that our body stores nutrients pretty well and while various vitamins help, too much can cause problems. In the case of vitamin C, you can relieve yourself of illness in short term, but in the long term it can have adverse effects on you.

Take a study from 2013 for example. Published in JAMA Internal Medicine, the study found that those who boosted their intake of vitamin C were more likely to develop kidney stones. So while oranges are great, too many can cause problems. 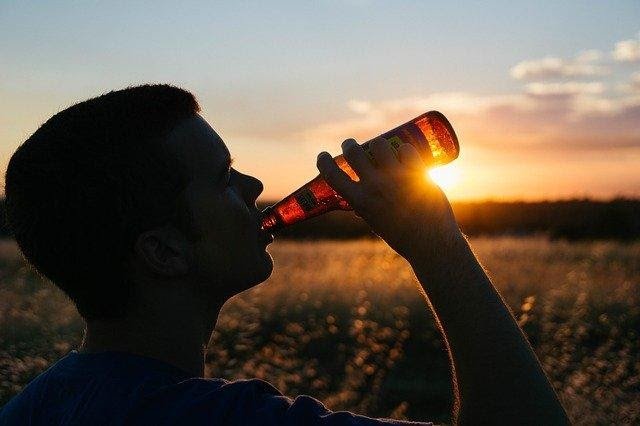 While some turn to vitamin C, others will turn to the bottle to find their remedy. But before you start thinking of sipping on wine all day is going to help, it’s worth looking at what Carolyn Dean, MD has to say. In the book The Complete Natural Medicine Guide to Women’s Health, the co-author, Dean, suggests that alcohol won’t do much good.

Because alcohol requires magnesium in order for it to be metabolized. In other words, alcohol will prompt our body to make more insulin – creating a surge of it – while depleting any immune-boosting mineral in our body.

Letting Stress Levels Get Too High 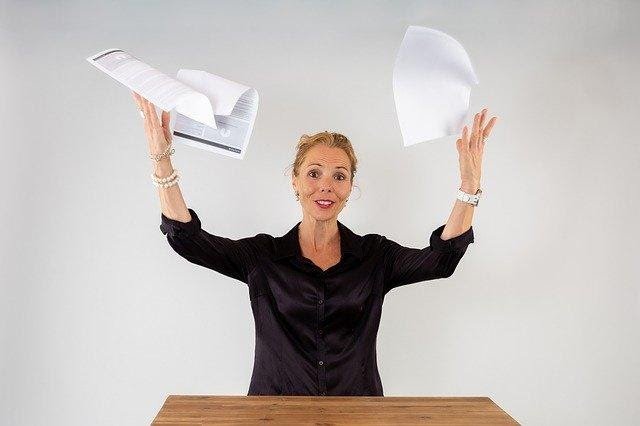 While physical health is on the decline when sick, you don’t want your mental health to slip down either. One study in 2016 found that psychological stress has been implicated in altered immune functioning in many diseases.

In other words, those who suffered from stress issues and weren’t as mentally strong were more likely to get sick and deal with their illnesses longer than those with stronger mental health. 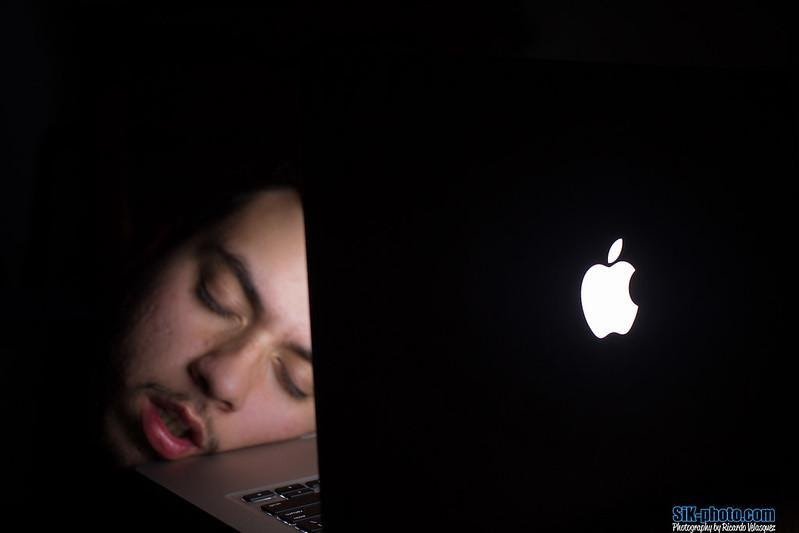 You don’t need me to tell you all the time that sleep is important. There have been several studies over the years stressing how important it all is. Sleep is especially important when it comes to illnesses, as sleeping is the main way your body is fighting off any disease or infection.

Not only that, but it’s important to keep up sleep even when you are not sick, as sleeping is used to boost your immune system and to maintain it too as some studies have found. 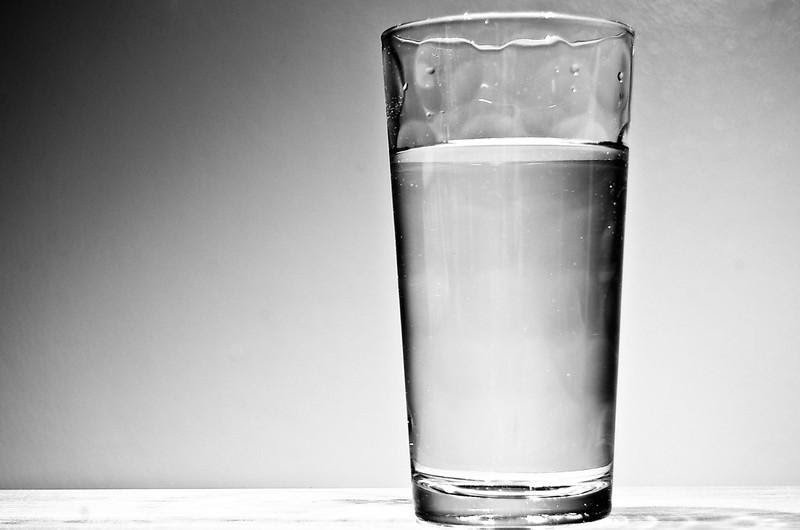 Instead, the liquid of choice to be looking at out of all mentioned is water. Not all fluids are created equal and that much is obvious when you consider water being so helpful in all kinds of situations.

Out of all the liquids to keep an eye on, the most important is clean water. Soft drinks, fruit juices, as well as other sugar-sweetened beverages do little and actually make matters worse. We know this because clean water naturally flushes our system out. In other words it can easily flush out bad germs over time. 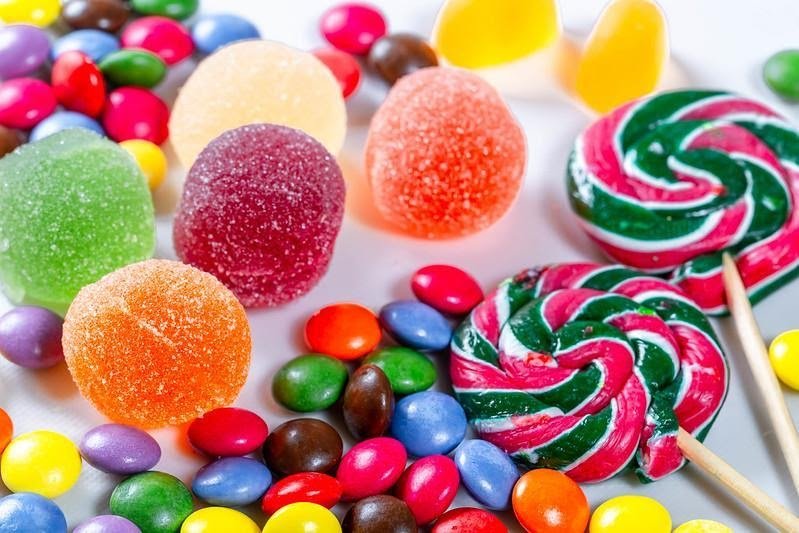 Similar to alcohol, any sort of refined sugar from other sources isn’t good either. That’s because the refined sugar will boost your magnesium supply, and thus, take it away from your immune system.

Smoking To Take The Edge Off 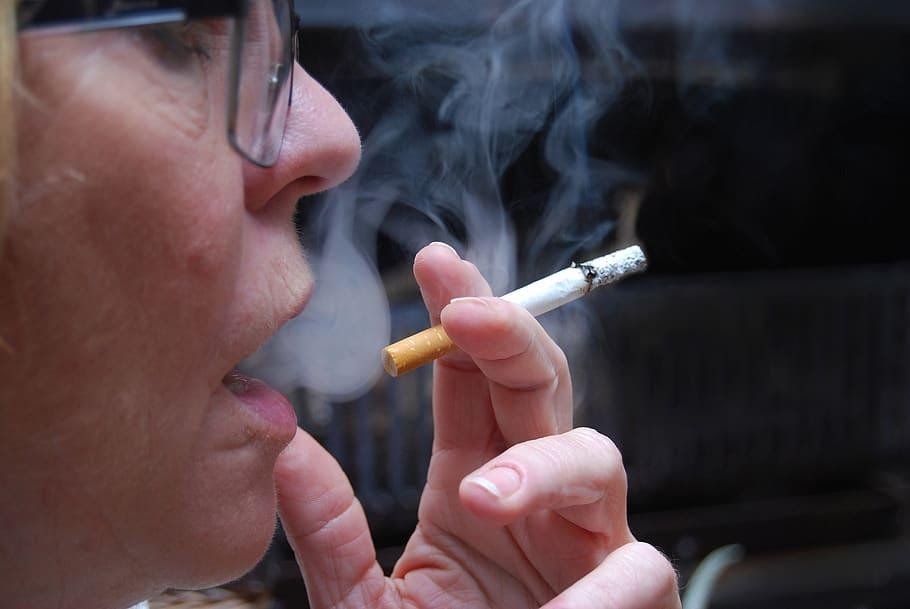 For sure most people would avoid smoking seeing as it’s a health hazard, but it becomes even more dangerous when you are sick. That being said, we know that it can be difficult to simply stop for those who smoke on the regular. Whatever the case is, make an effort to avoid this if you can. 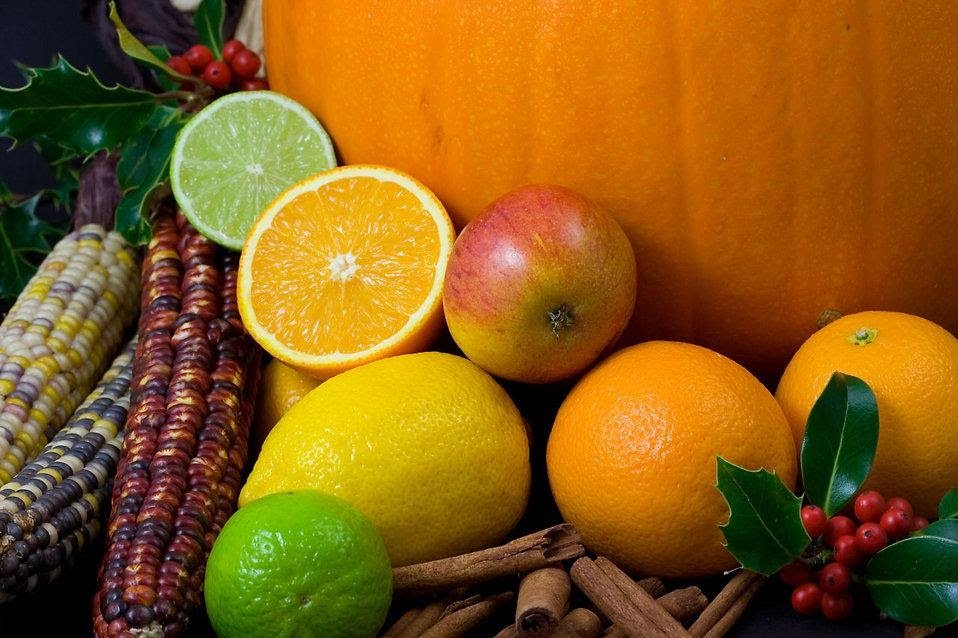 Although you don’t want to go crazy with vitamin C, you are sorta on the right track of having healthy foods in your diet. Not only that, but when people get sick they turn to various comfort foods like those with refined sugar or chips.

Instead of doing that, make an effort to keep a healthy diet. If you’re already eating pretty healthy then make an effort to keep it that way as much as you can. This is because dark green leafy vegetables, as well as any fruits and red and yellow veggies have a plethora of vitamins and minerals that are good for us. Not only that, but it’s those particular foods that will give us the ability to fight back any viruses we may have. 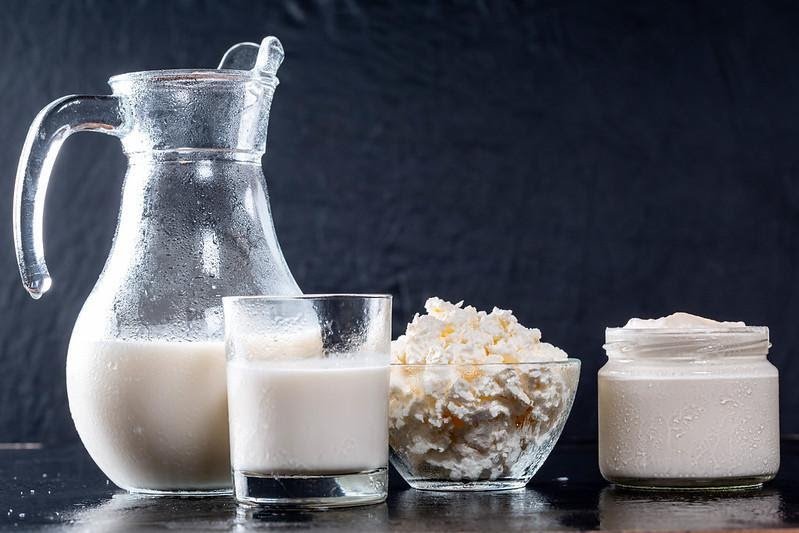 One piece of advice when you have the flu is to avoid any dairy products. While the case may seem unusual, this is actually sound advice in general for when you are sick.

In cases with bowel issues like flu, stomach viruses, food poisoning or diarrhea, the lactose in dairy products isn’t digested properly and builds up in you. This can lead to your stomach getting aggravated and make matters worse for you.

Even in situations where your digestion process isn’t an issue, it’s better to avoid dairy for other reasons. For one, the dairy products also contain fat and fat is particularly harder to digest when sick. This is why not only should you avoid dairy, but also red meat and fried foods. 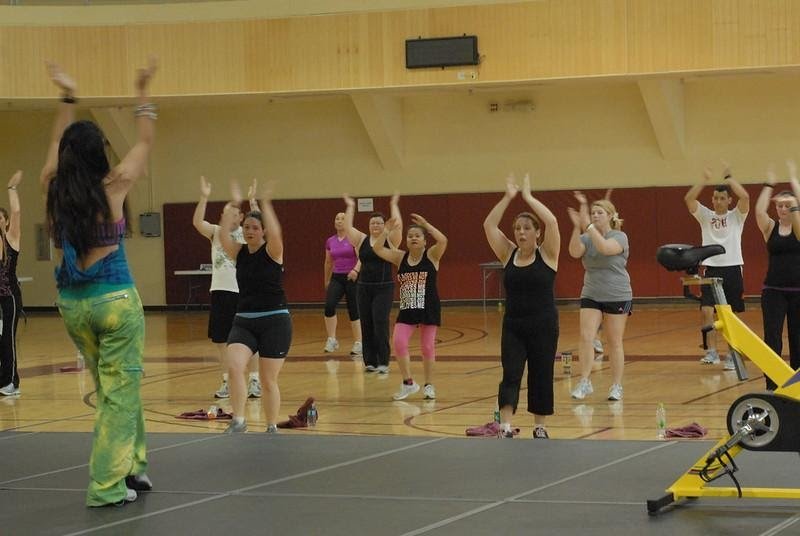 For some reason people get the idea that when you get sick you work through it by doing more exercise than before. Maybe they think that general exercise is good for your health, so doing more while sick might work out?

Whatever the case is, it doesn’t end well. When you’re sick, your immune system is compromised and healing will take a long time. So in all likelihood you are putting yourself into a weaker state and increasing your risk of injury while sick.

That being said, what is smart to do is at least some exercising. The key here is volume. If you are sick, allow yourself to heal and you can do that by cutting back on the reps or sets that you do and gradually bring them back as you get better. The key here is to pay attention to what your body is saying and do your exercising accordingly. 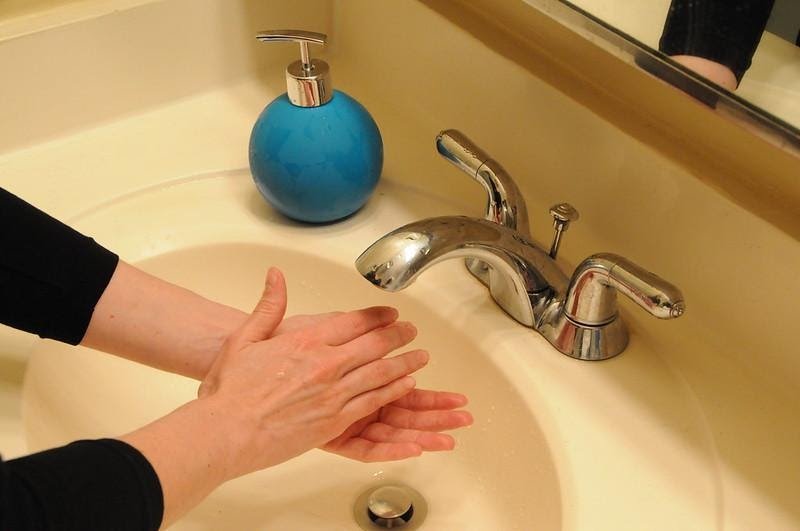 Think what you want about hand sanitizing, but at the very least wash your hands as much as possible. According to the NHS, 40 percent of all rhinovirus strains – the stuff that cause common cold – will stay on our hands after one hour has passed. For flu virus it’s a shorter lifespan – roughly 15 minutes. Even with this in mind, it’s still smart to be washing hands, as it’ll save you from transferring the virus over to various surfaces throughout your home.

Taking Too Much Medicine 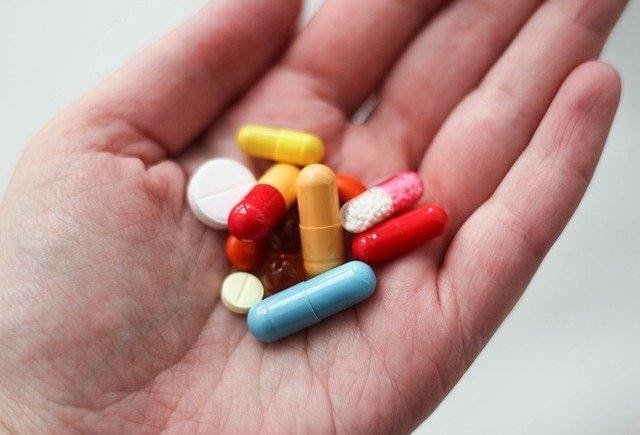 There is a pill out there to fix practically  anything, but sometimes people go overboard on those remedies. There have been cases where people have overdosed on medicine for common colds and flu and it goes to show that the over-the-counter medication can be as deadly as those you have to get through doctors notes.

Why is that? Because of the particular ingredients in these medications. Take acetaminophen found in NyQuil and Tylenol. In small doses it’ll be fine, but an excess can damage and even destroy your liver. So make sure you follow the instructions specifically on the bottle. They’re there for a reason. 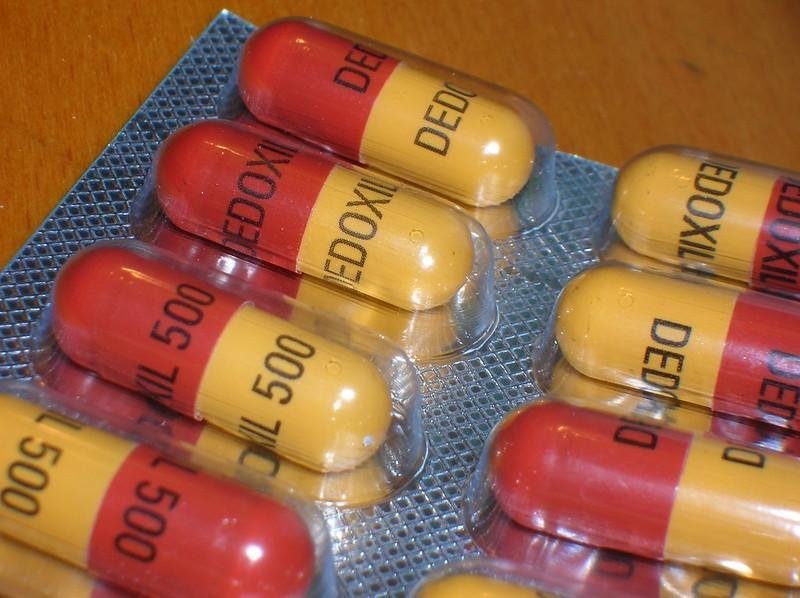 You also don’t want to go overboard on antibiotics. In fact, never take them unless they have been prescribed to you. The thing about antibiotics is that they fight off bad bacteria in the body.

But isn’t the common cold – a bad bacteria? No.

Not only that, but taking a lot of them will also boost antibiotic resistance. Remember that antibiotics is the process of physically ingesting bacteria into our body to fight off threats. If our body builds up resistances, it’ll fight off the bacteria from those antibiotics like it would do with anything else. This is bad, especially when you get an infection that’ll resist antibiotics. 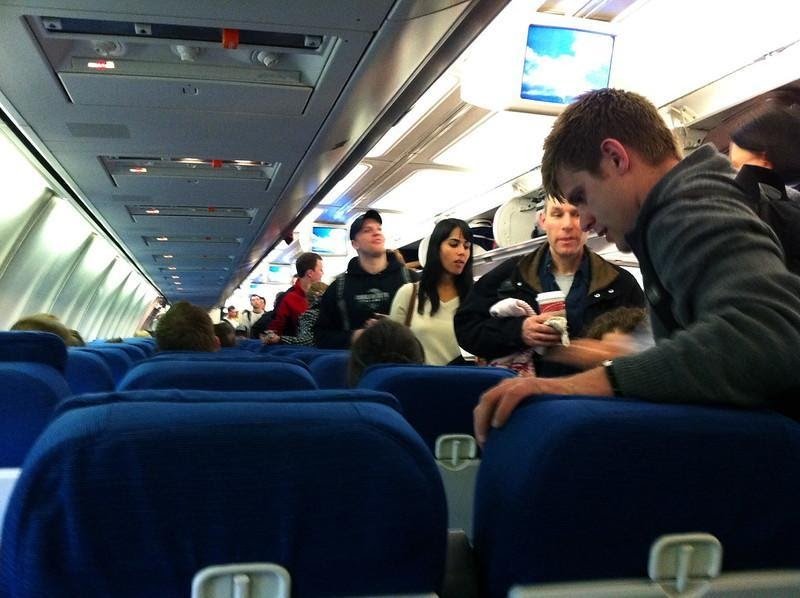 Whether you are flying somewhere or going on a road trip, this should be the last thing on your mind when you get sick. Not only is going someplace further away is generally bad for your health, but a 2018 study uncovered that germs on airplanes can spread pretty quickly. The study found that sitting next to a sick person on a plane boosts your chances of getting their illness by 80 percent.

So instead of going out and travelling, do everyone a favour and postpone your trip. 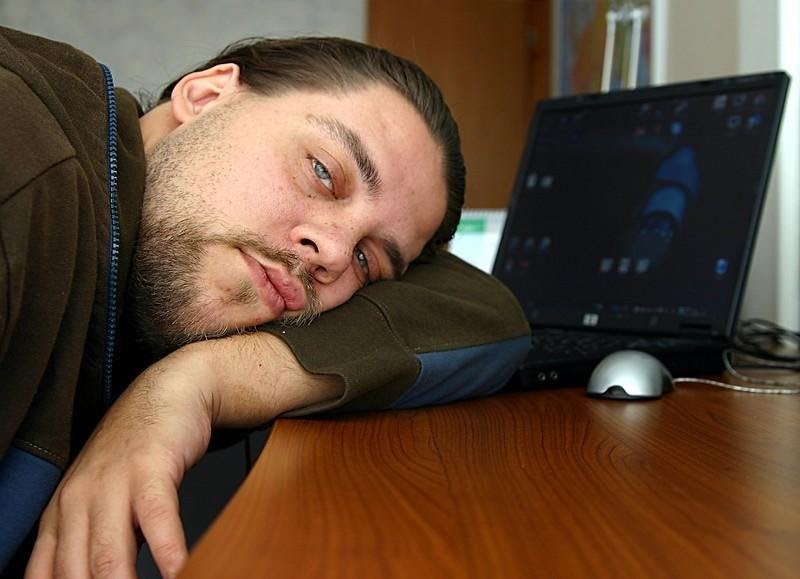 Similarly, going to work is pretty bad when you have the flu or have a cold. The CDC found that when a person is sick and is within a six-foot radius to others, those people can catch that illnesses whenever the sick individual coughs or sneezes.

It’s smarter to find a way to work from home if you really need to. It’s either that or staying at home and resting up a lot until you are certain what you have isn’t going to be contagious any longer. 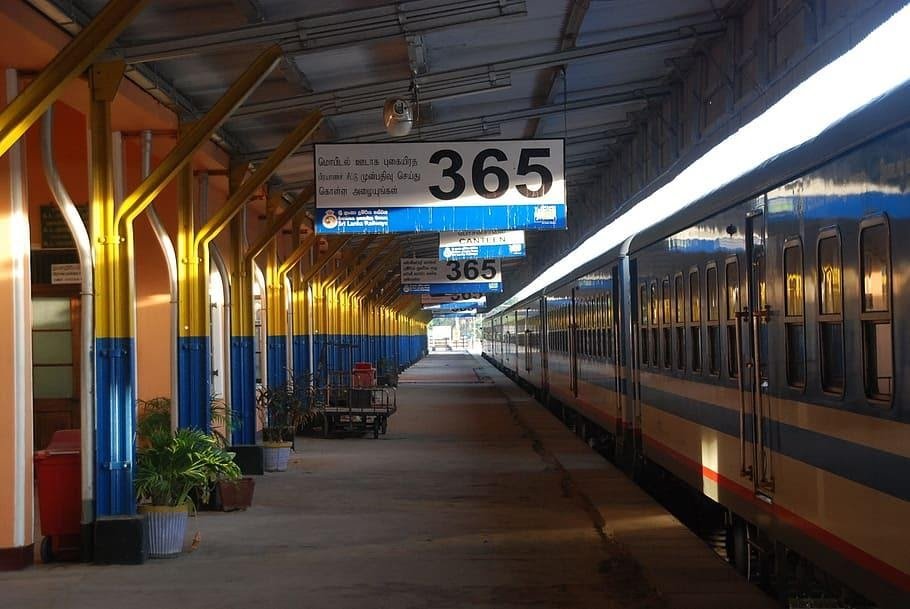 Public transportation is a cesspool of germs, smells and more depending on where you live. In most cases this is a perfect breeding ground for germs to run rampant and spread around. Because of this, it’s a smart ideas for individuals who are sick to avoid public transit.

Well, according to a 2018 study, researchers found that the best way to spread an infection in London is through public transit. After all, the study uncovered those who used it were at higher risk of getting sick than on any other mode of transportation.

Using Decongestant Spray Too Much 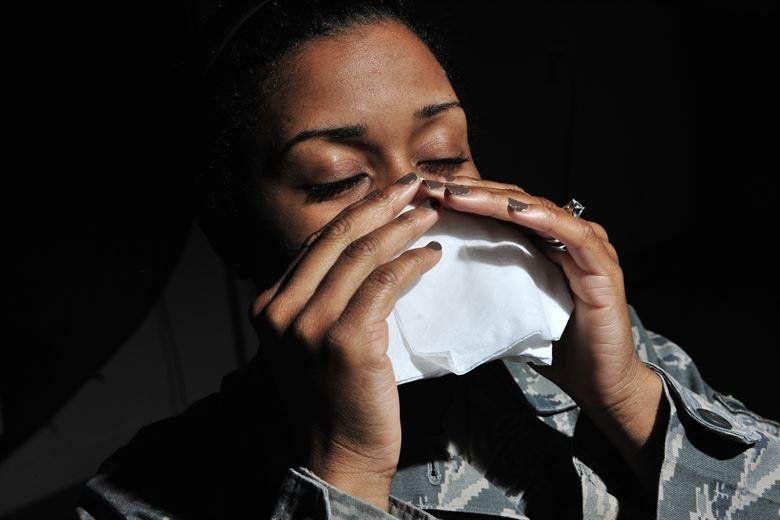 Stuffy noses are the worst when getting over a cold. For some of us it feels like you can’t breathe. Fortunately people have created decongestant sprays such as Afrin to help with those issues.

But while these are a relief, you also want to be cautious about them. Why is that? Well think of them not as short term relief, but a delay of the symptom. According to WebMD, they found that if you use them for over three days, the stuffy nose problem will come back with a vengeance once you stop.

Blowing Your Nose Way Too Hard 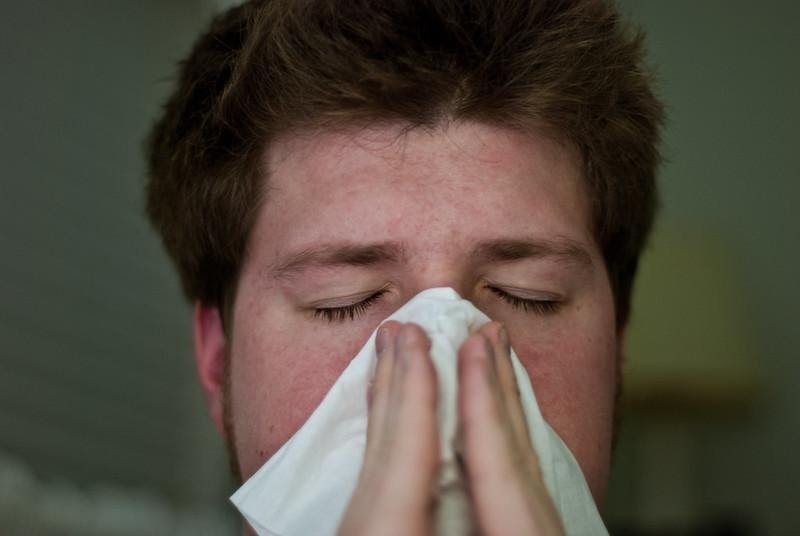 When we get the cold we go through a lot of Kleenex, but one thing to do is to make sure you are blowing your nose softly and safely when starting out. As one 2000 study found out, how hard you blow your nose can be the difference between getting a sinus infection and not getting one. How the sinus infection is triggered is when you blow too hard, you’re propelling mucus into your sinuses.

Spending All Day Outside Of Your Home 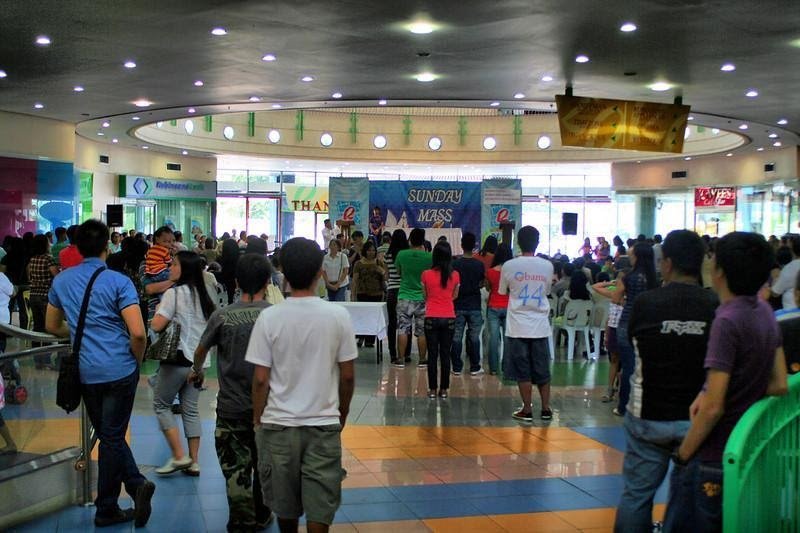 Whether you are sick or think you are getting sick, staying at home during those times and resting is a more efficient way of getting healthier. Find that as the starting of the healing process as early as you can, which is smarter to do than trying to get out and about.

I’m sure that friends and family can understand if you’ve got to cancel plans in order to rest up and recuperate. 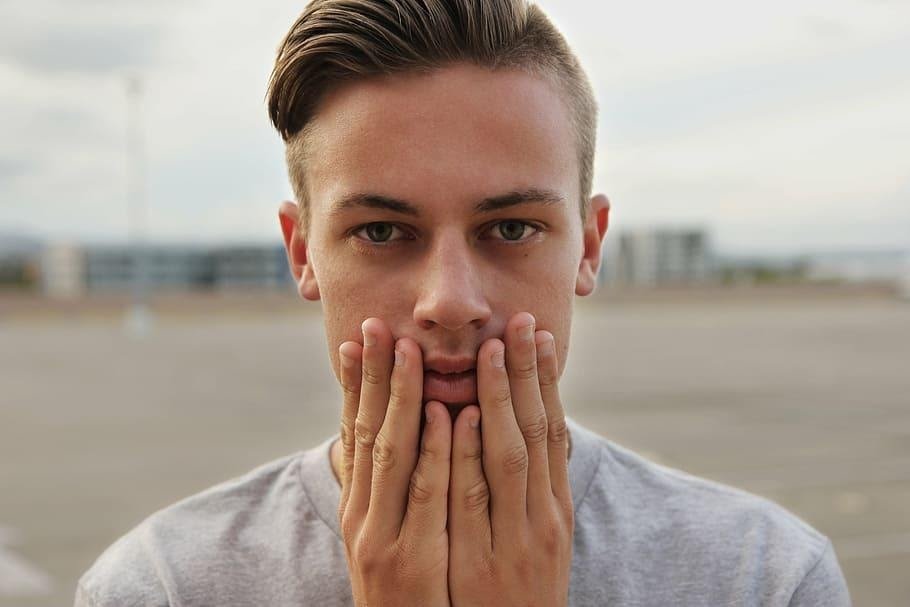 Remember I mentioned earlier about washing hands. Well, you especially want to do that if you have a tendency of touching your face. When you are sick, another thing you want to avoid is touching your face unless you’ve washed your hands.

Well, similar to the idea of washing your hands, everything you touch has a risk of transferring new germs. Whether it’s on a surface like a doorknob or a countertop, but this also applies to your hands and mouth.

You can easily make yourself sicker by merely touching your face while you are sick.

So whenever you are feeling sick, make a point of taking a breather and allowing yourself to recover. You will be doing your body and everyone else around you a service by focusing on your health.