11 Daily Habits That Give A Deep Insight Into Your Personality, According To Experts

We may not realize this, but there are a lot of actions throughout the day that often go unnoticed – replying to a work email, pulling sheets of the toilet paper, or picking up essential items from a neighborhood store.

However, these small actions and seemingly insignificant habits can help provide deep insights into how your brain works and can tell a lot about your overall personality.

We talked to some experts and read some psychological research on what and how our daily habits reveal signs about your personality traits. While it cannot be definitive, it can help you in understanding more about yourself and human behavior in general. Without further ado, let’s check out the points below. 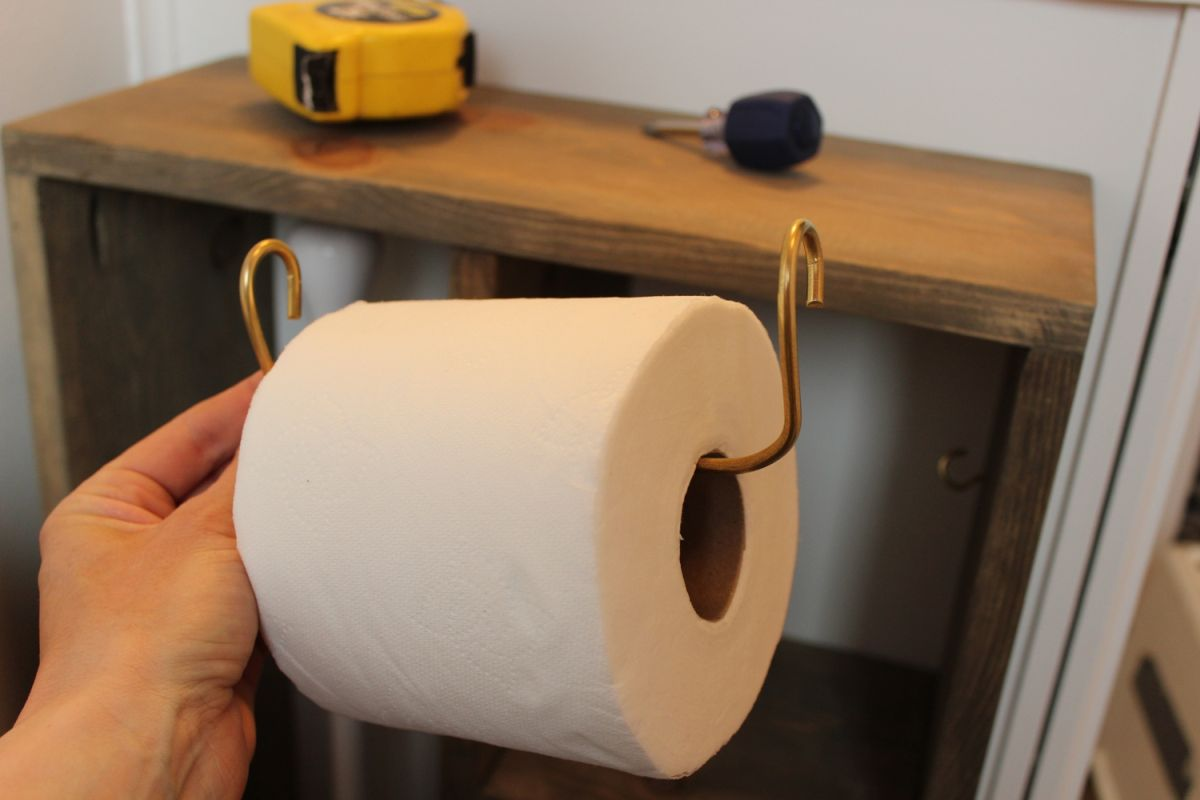 According to Gilda Carle, a relationship expert, the way people hang toilet paper can tell a lot about how assertive they are in real life. And this is backed by a survey she carried out on a group of two thousand women and men where she asked them to fill in a short questionnaire about their assertiveness in their relationships.

According to the results, people who like to roll over the toilet paper are usually the ones who are more assertive in their relationships, while those who tend to roll it under are the submissive ones.

And quite interestingly, a few people also said that they changed the direction of the toilet paper roll irrespective of anything, every time they came across one, and those were the people that are more often than not dominant. 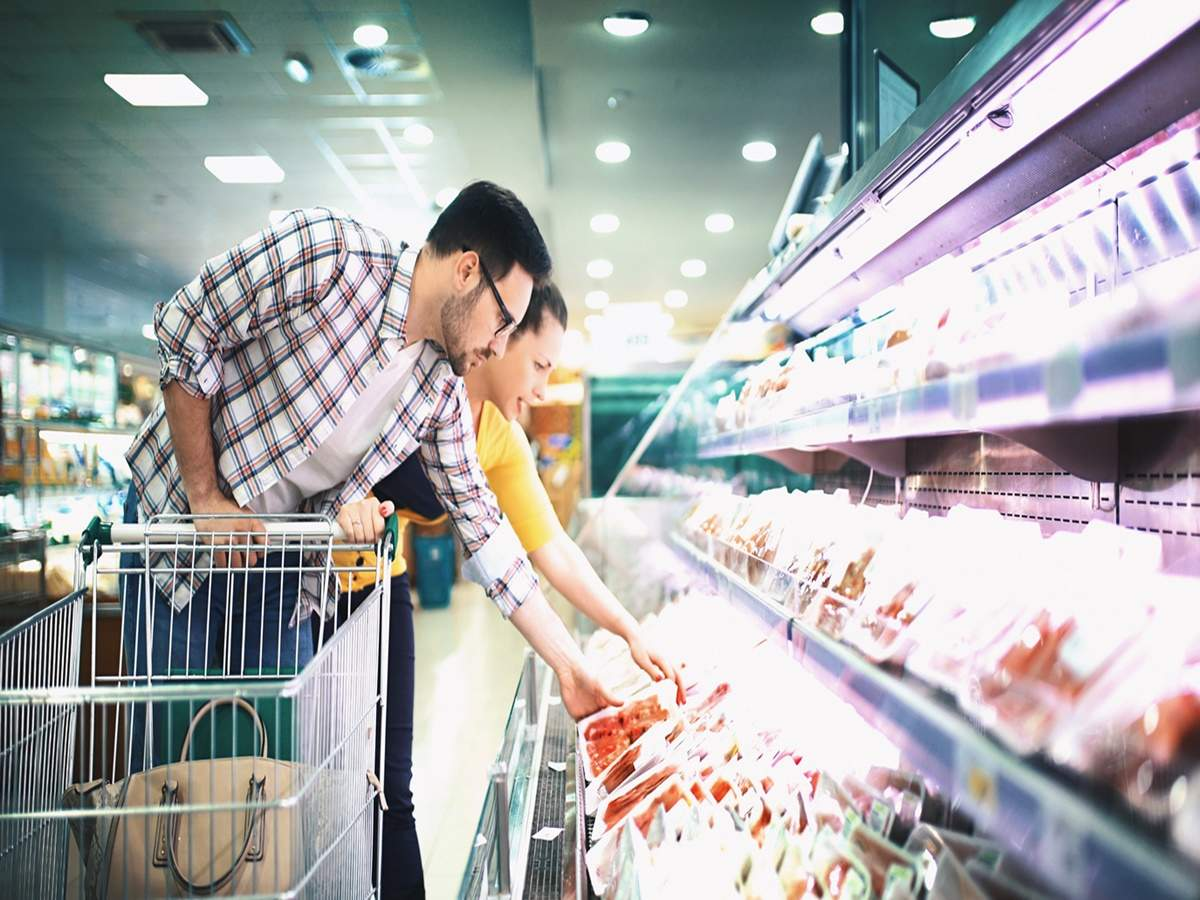 The way you shop tells a lot about your personality or the person who you’re shopping with.

Does your partner go through fine details of every item before deciding on which one they need to buy? Or do they simply pick anything in haste and just assume it will match their needs?

According to numerous studies published on this topic, “explanation fiends” are the ones who often high rank on things such as cognitive reflection, which means that they analyze and scrutinize the information in a very detailed manner and prefer to know even more about a particular item. Similarly, “explanation foes” usually score on cognitive recognition parameters, as they prefer more generalized information instead of detailed information.

Your eating habits reveal a lot about your personality, too! 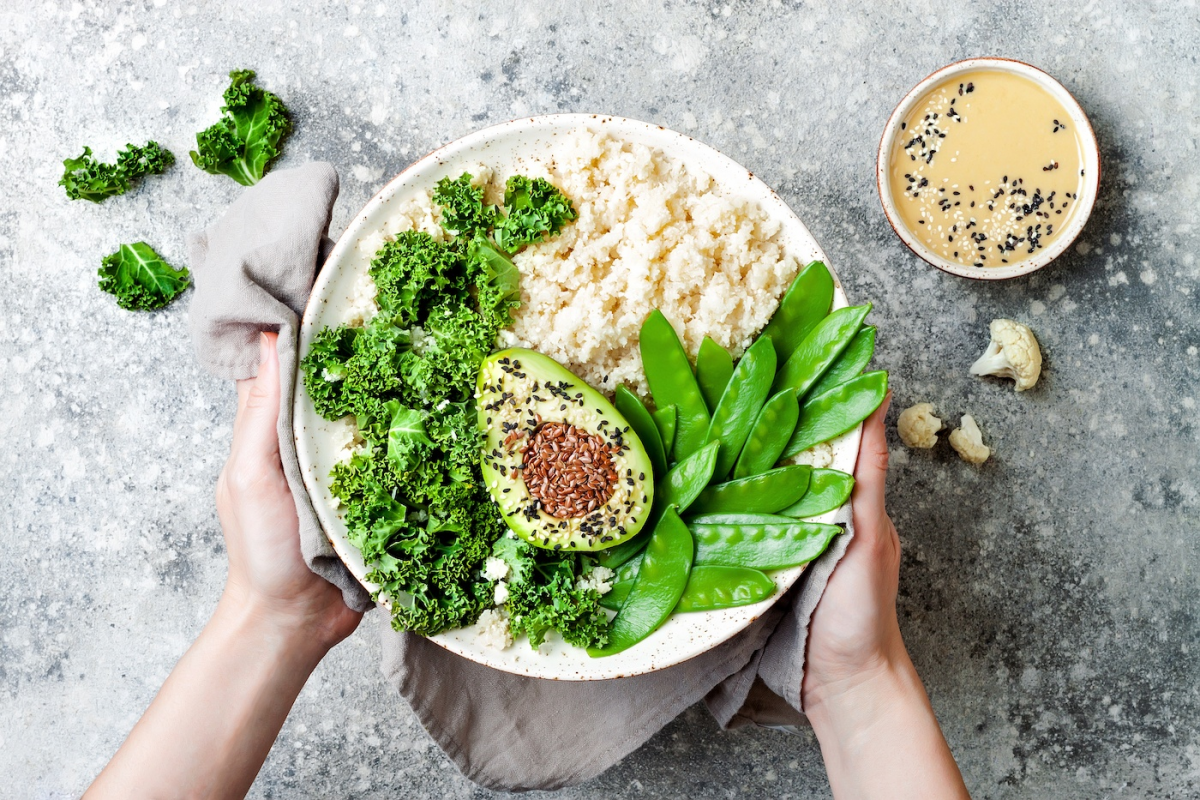 The Huffington Post conducted a study where they talked to food experts on how eating habits affect our personalities.

According to the experts, people who prefer eating slowly are the ones who are in control of their lives and enjoy their life more. On the other hand, fast eaters are usually more ambitious, impatient, goal-oriented, and ready to try new things in life.

People who are adventurous with what they eat tend to be people who like stepping out of their comfort zones; on the other hand, picky eaters have a very rigid lifestyle in most areas. 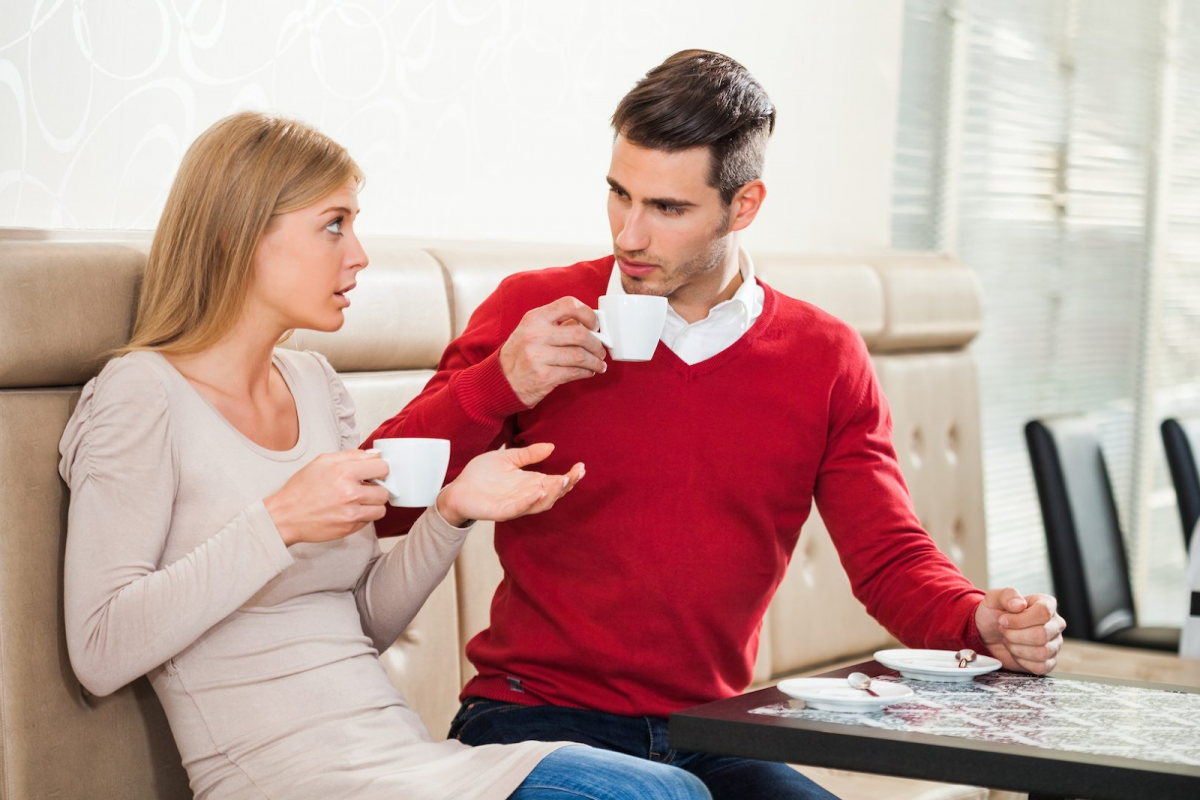 James Pennebaker is a popular psychologist who has years of experience researching function words like “this”, “the”, and “I”. According to his studies, the way in which we make use of these function words reveals a lot about our age, gender, mental condition, and whether or not we are interested in our partner.

For instance, he and his colleagues studied many speed date recordings that took place between various couples and noticed that in cases where the couples made use of language styles that were very similar – specifically, when and how they made use of the function words – the chances of them going on a date increased exponentially.

And as NPR report says, it isn’t simply because they were similar – this holds true even in couples that were poles apart. The only reason behind this could be the fact that we make an effort to use similar language styles to people we are interested in.

Your gait reveals your vulnerability level 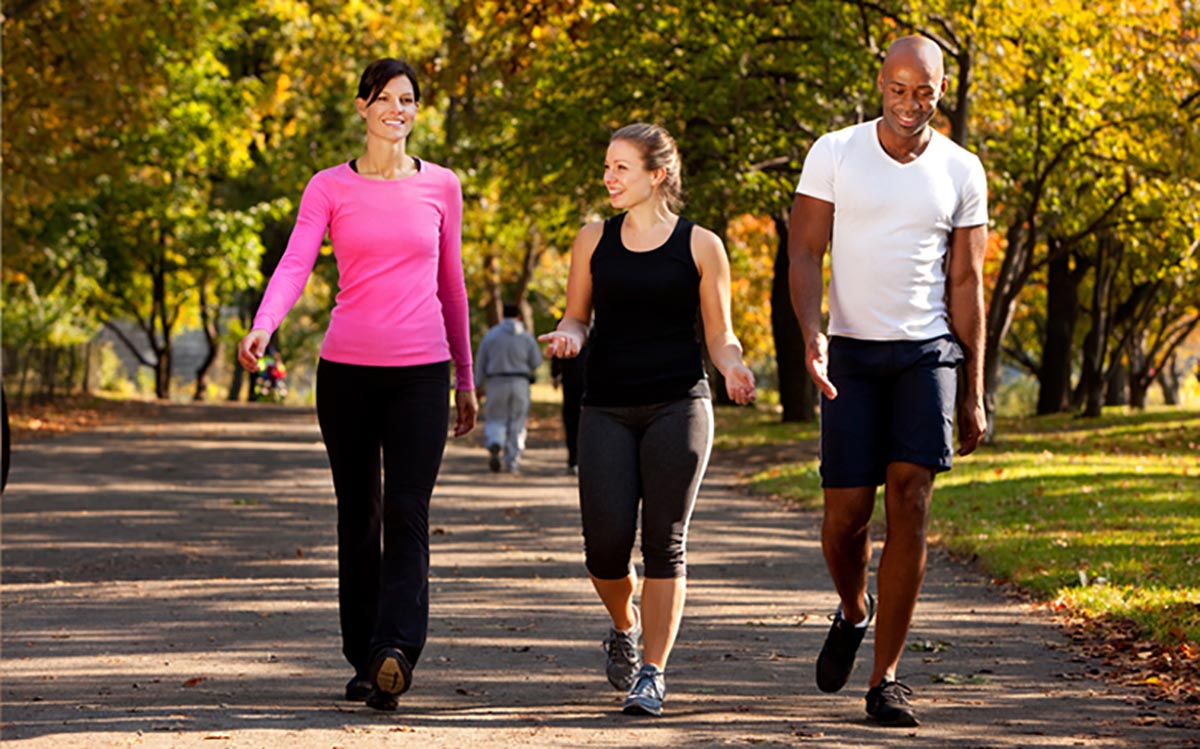 People often make assumptions about one another based on how we walk. For instance, someone with looser gaits is assumed to be an extrovert who likes adventures, while clipped walkers are seen more as neurotic.

However, those assumptions are, more often than not, wrong.

The single most important thing that we can accurately pinpoint about someone’s personality from how they walk is their level of vulnerability. For instance, a 2013 study on this topic reveals that a group of prisoners was asked to watch a few video clips of people walking and then judge which of those people were most likely to be victimized.

Results revealed that prisoners who were higher on the psychopathy scale picked out walkers who were already victimized in their past. And when the inmates were asked the reason behind this, they revealed that they could easily make out by the way a certain person walks.

Your punctuality says a lot about you 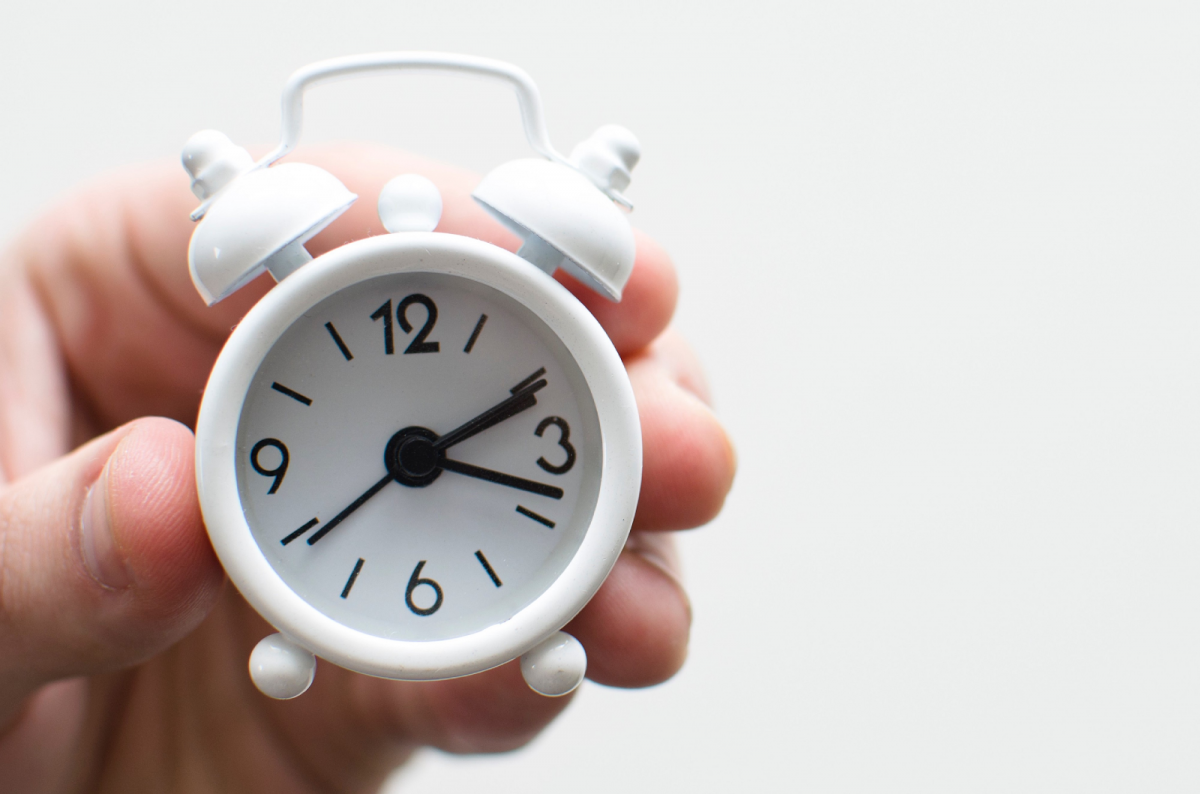 If you always believed that just because one of your friends is always late, he or she is inconsiderate, it is simply not true.

According to a recent study, people who find themselves being late on most occasions are more laid-back in their lives and fall under the “Type B” category.

Most psychologists see four types of personalities based on how late you are, or sometimes you can even be a mix of all four categories.

The first type is the perfectionist. These people don’t leave their home until and unless everything in their house is in perfect order. On the other hand, a crisis maker is the one who finds thrill in meeting the deadline just at the very last moment. Then there’s the defier – one who is always up in arms against any form of societal norms or authority. And finally, the dreamer is someone who cannot figure out how much time is required to complete a certain task. 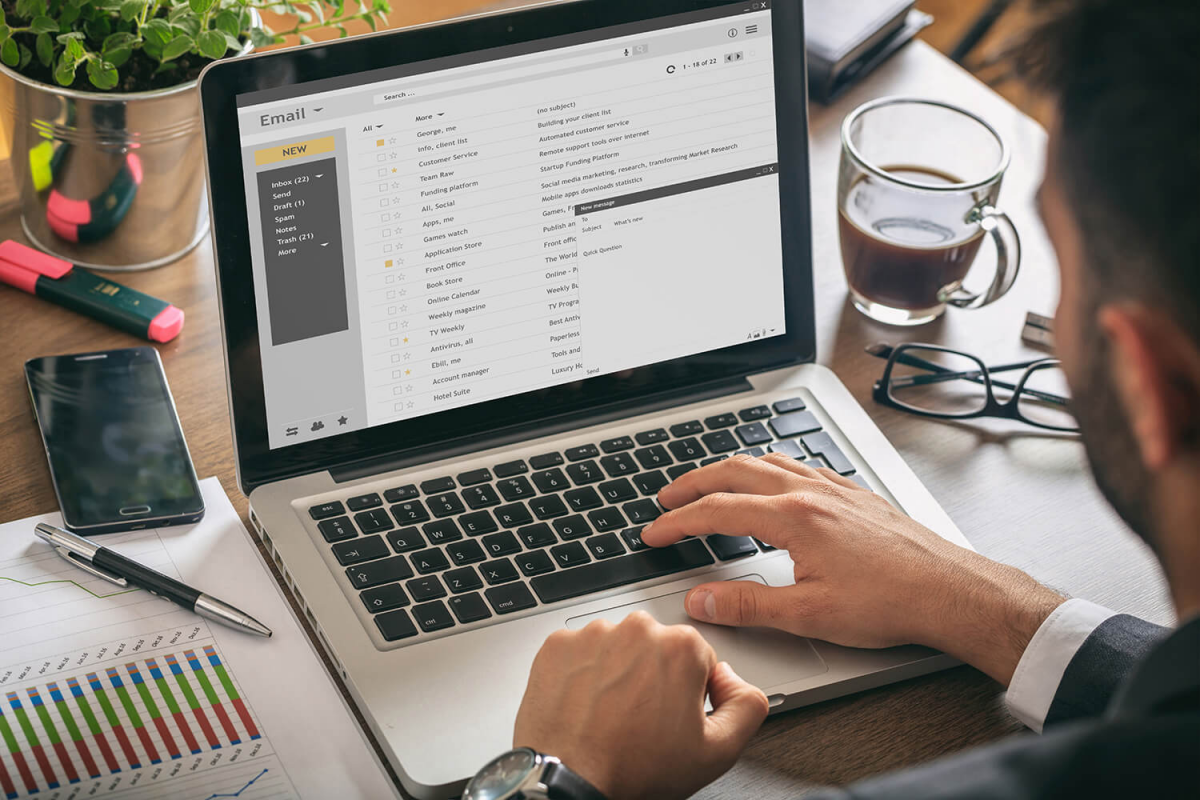 The next time you receive an email, look closely – it could help you figure out the personality traits of the sender.

According to Tomas Chamorro-Premuzic, extroverts usually talk and write about fun-related stuff, such as parties and music. On the other hand, people who have relatively lower emotional intelligence (EQ), usually make use of a lot of negative and emotional words like “angry” and “depressed”.

And figuring out if a person is a narcissist isn’t difficult at all. Narcissists due to their very nature always talk about themselves and make use of words like “I”, “me”, and “mine” a lot. 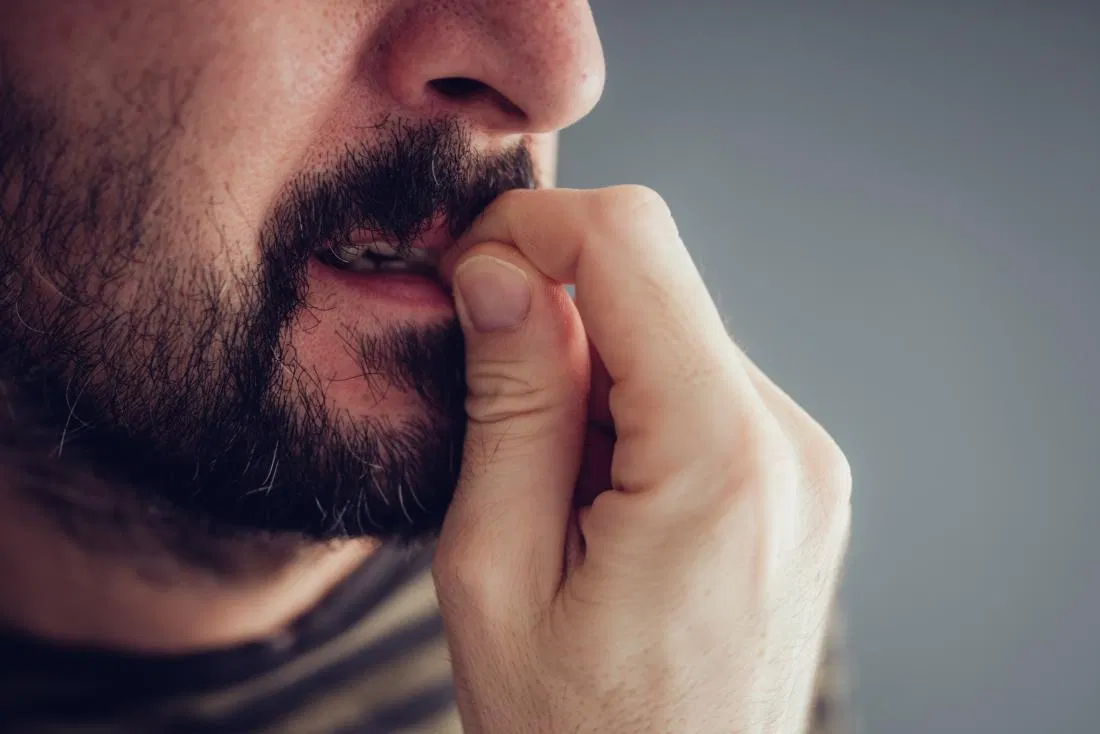 IF you like biting your nails or pulling your hairs, there’s a scientific reason behind why you carry out such nervous ticks or as scientists call it, “body-focussed repetitive behaviors” (BFRB).

A study was carried out in 2015 where researchers called some people in a room and then recorded them in frustrating, relaxing, stressful, or boring scenarios. The results revealed that people who were perfectionists were more often than not the people who displayed those behaviors, especially under boring, frustrating, or stressful scenarios.

According to the Scientific American report, BFRB is often triggered due to boredom because perfectionists find something to do instead of doing nothing in certain situations. 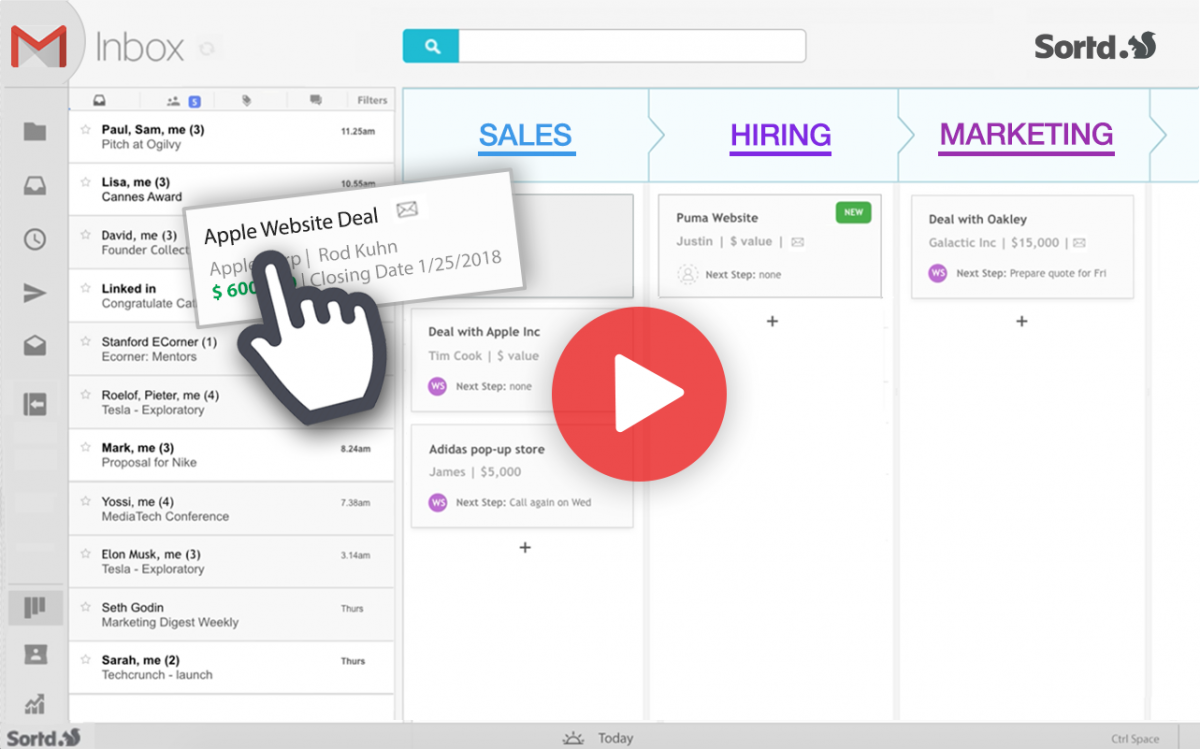 Irrespective of whether you’re an inbox hero, or you’re someone who is least bothered by the fact that the unread messages have swelled up to more than 10,000 emails, the way you organize your mailbox says a lot about the way you control things in life.

People who cannot stop themselves from filing and deleting emails the moment they have read it may be the ones who like to be in control of their lives all the time.

Similarly, those of us who save their emails in the hope that we’ll eventually come back to them later and address them, are perfectionists.

And finally, there’s this third kind of people who simply leave their emails unread, as they feel overwhelmed. Alternately, these people may also be the ones who are smart, as they realize that reading the emails wouldn’t help their cause.

Your smartphone addiction might be an indicator of your emotional stability 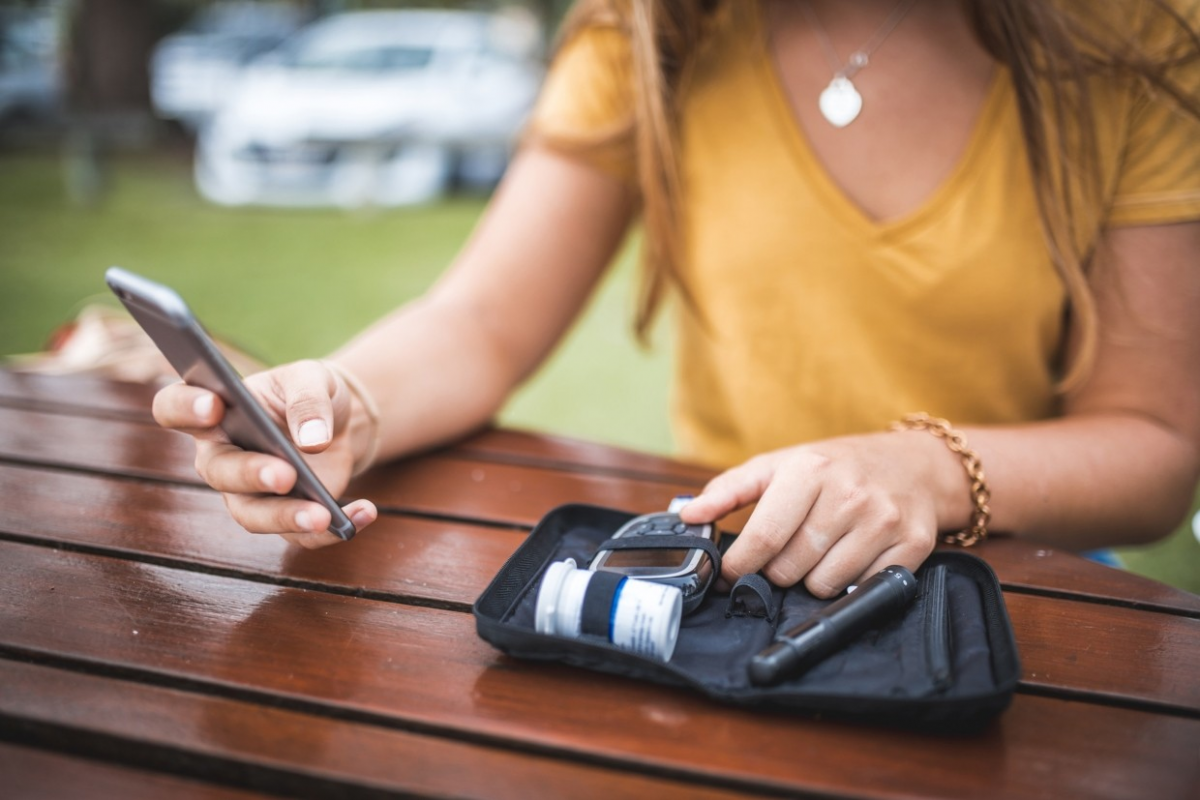 In this digital era, most of us cannot help but check out phones every couple of minutes, irrespective of where we are or what we’re doing.

However, if you are someone who is constantly glued to the screen, it may be an indicator of your emotional stability. According to recent research, people were asked to affirm or negate questions such as “I end up spending more time on my smartphone than I should”, or “I get frustrated when my smartphone is not in sight”.

Results revealed that people who were addicted to smartphones were emotionally unstable.

And quite interestingly, it also found that introverts were less likely to be addicted to their phones than extroverts were.

Even your selfie style has a lot to reveal about your personality traits! 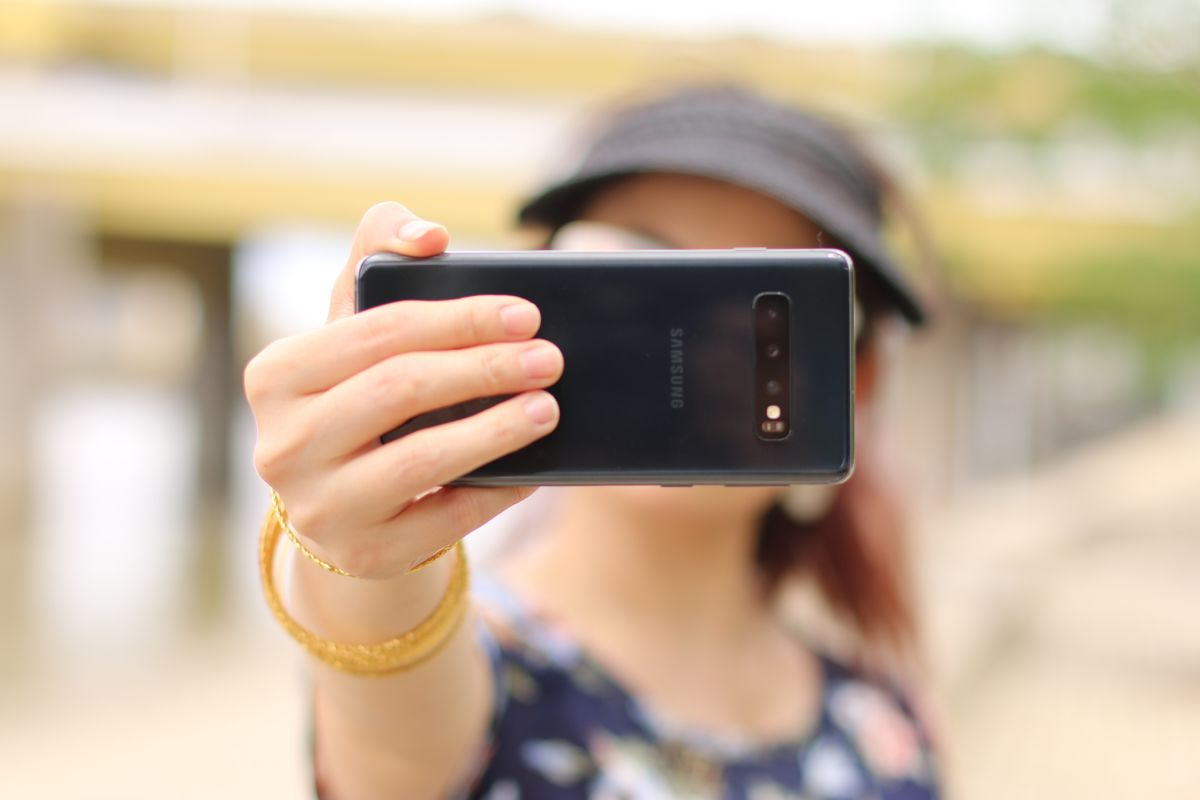 We all make assumptions about people around us based on how they take selfies.

However, we may or may not be accurate. However, in a study conducted in 2015, some Chinese students studied selfies posted on a Chinese social media site. Most of their assumptions such as pressed lips signified the person was extrovert, while single selfies meant that the person was neurotic all turned out to be completely wrong.

The single accurate observation the students were able to make was that a positive demeanor in a selfie showed that the person was open to trying out new experiences.

The students also found out that the more friendly a person was, the more he or she was likely to take a selfie from below. On the other hand, conscientious people refrained from revealing any kind of private space in their backgrounds. On the other hand, people who loved trying out new experiences usually displayed positive emotions in their pictures, while neurotic people were the ones who preferred to make a duck face. So, the next time you’re taking a selfie with your friends or colleagues, you can easily guess their personality traits from the way they pose for the picture.