Moments When Celebrities Couldn’t Control Their Behavior In Public

We are used to seeing our favorite celebs walking the red carpets in a graceful manner, receiving awards, and giving truly amazing speeches, and we often end up wondering how they manage to keep themselves so put together and classy. Well, it seems that is not always the case, and our favorite celebs do end up being angry and uncivilized. However, our purpose isn’t to criticize them, but to prove our point that they are also humans after all, and we often end up doing things we regret later. In this article, we have compiled a list of instances when our favorite idols were caught totally uncontrollable in public. From using foul words to being physical, check out these celebs who shocked the world with their public outbursts! 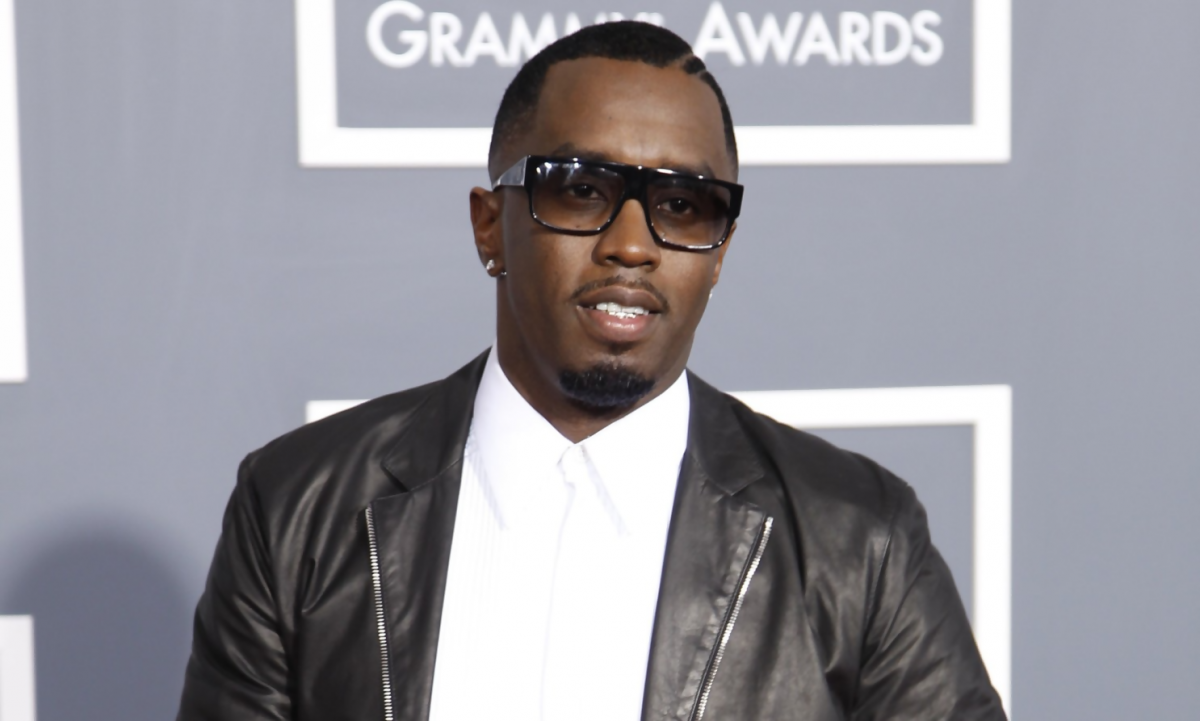 Sean Diddy Combs, popular rapper and a successful business mogul, has made it big in life thanks to this talent. However, the rapper hasn’t always been known for his good behavior in public. In the year 2015, he physically assaulted a UCLA football coach for which he was also arrested later. 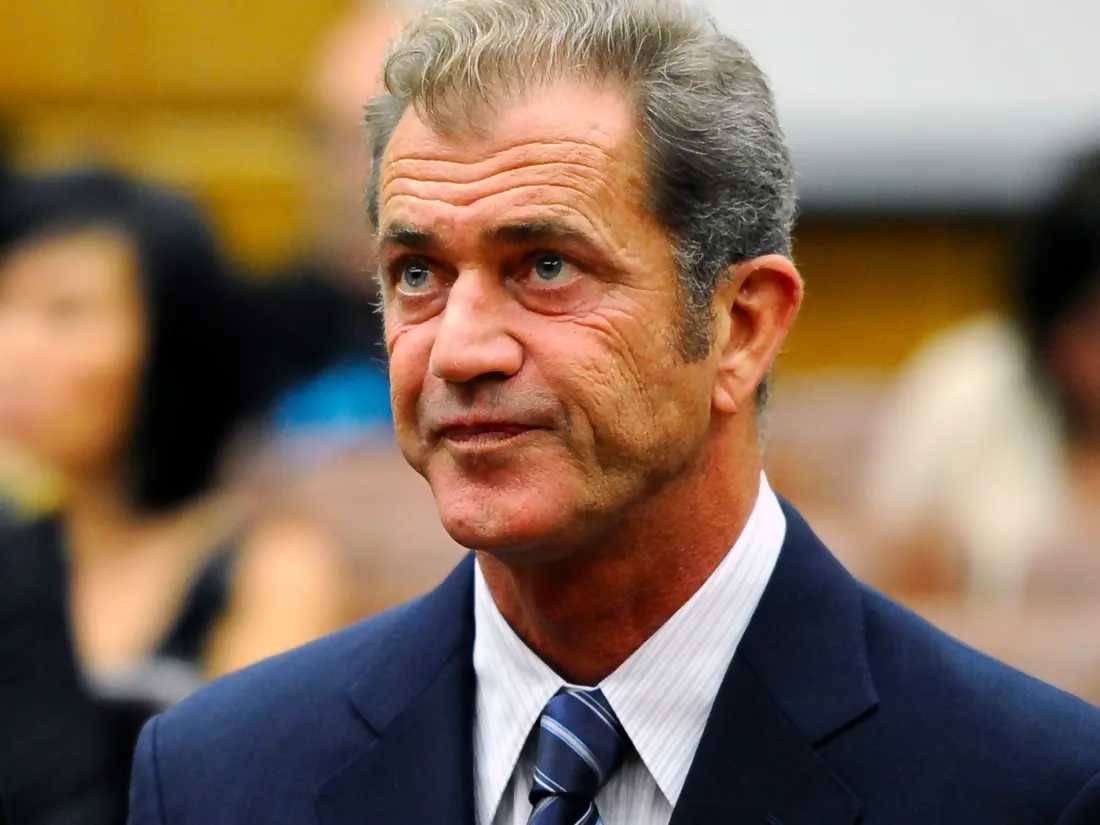 The Braveheart star was considered such a talented person when he started out, and definitely had a promising future in Hollywood, as moviemakers could easily recognize the acting powerhouse that he is. As they say, ‘his stars shone bright and beautiful’, but only for a short time – until his crazy tongue and incessant rants pushed the star down the path of oblivion. Right from the worst forms of racial slurs to physically assaulting his then-girlfriend and calling her a ‘mentally deprived idiot’, we don’t believe there is anything Mel Gibson’s mouth couldn’t just blurt out! 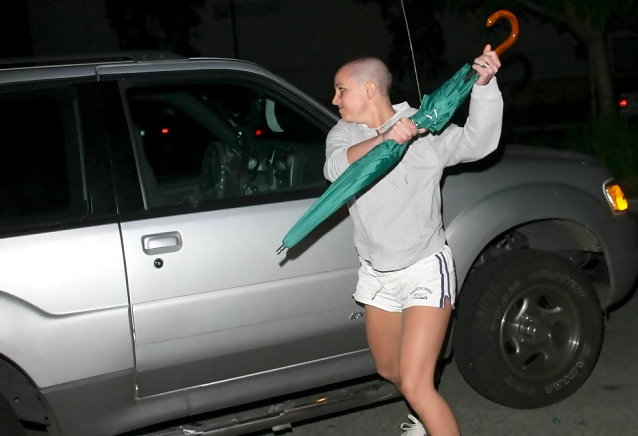 Next on our list is none other than the pop star, Britney Spears, and it isn’t her mouth that is on the aggressive mode this time. Spears always has a really tough time dealing with the paparazzi and when they showed up when she wasn’t really in what you’d call ‘happy’ state of mind, the paparazzi had to suffer the wrath of the iconic singer.

Spears not only threatened, but actually attacked and broke the sides of the car owned by one of the paparazzi! And if you’re wondering if this was the only time she lost her cool, that isn’t the case. 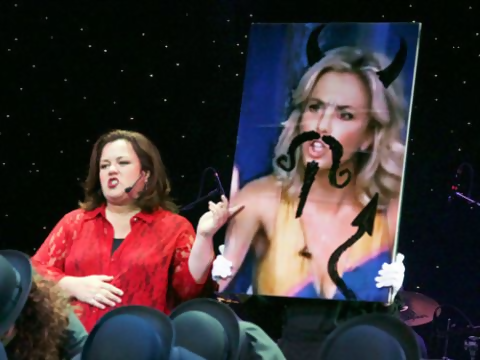 This leading comedian and actress isn’t really someone who holds her words back – even on a TV show! So, when O’Donnell found herself on the reality show, The View, she couldn’t stop mincing words and was vulgar for the most part of the show. However, even though the audiences were used to her theatrics on the show, the worst part came later. She pulled out a blown-out photo the co-host, Elisabeth Hasselbeck wearing the devil’s tail and horns, who was alongside her on the Survivor show! 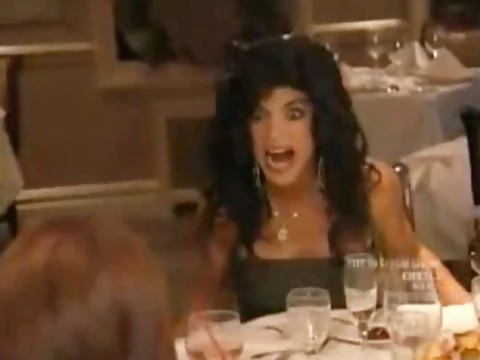 Reality TV shows are known for adding a shade or two of drama to boost their ratings, and The Real Housewives isn’t really different, either.

With a whole lot of time to pass, things can blow out of proportions quite easily, and that adds to the viewership of these shows. However, things went a bit too far when Teresa Giudice, who was a part of The Real Housewives of New Jersey, not only threw a whole dining table at her fellow contestant, but also ended up calling her a ‘pr*stitution wh*re!’ 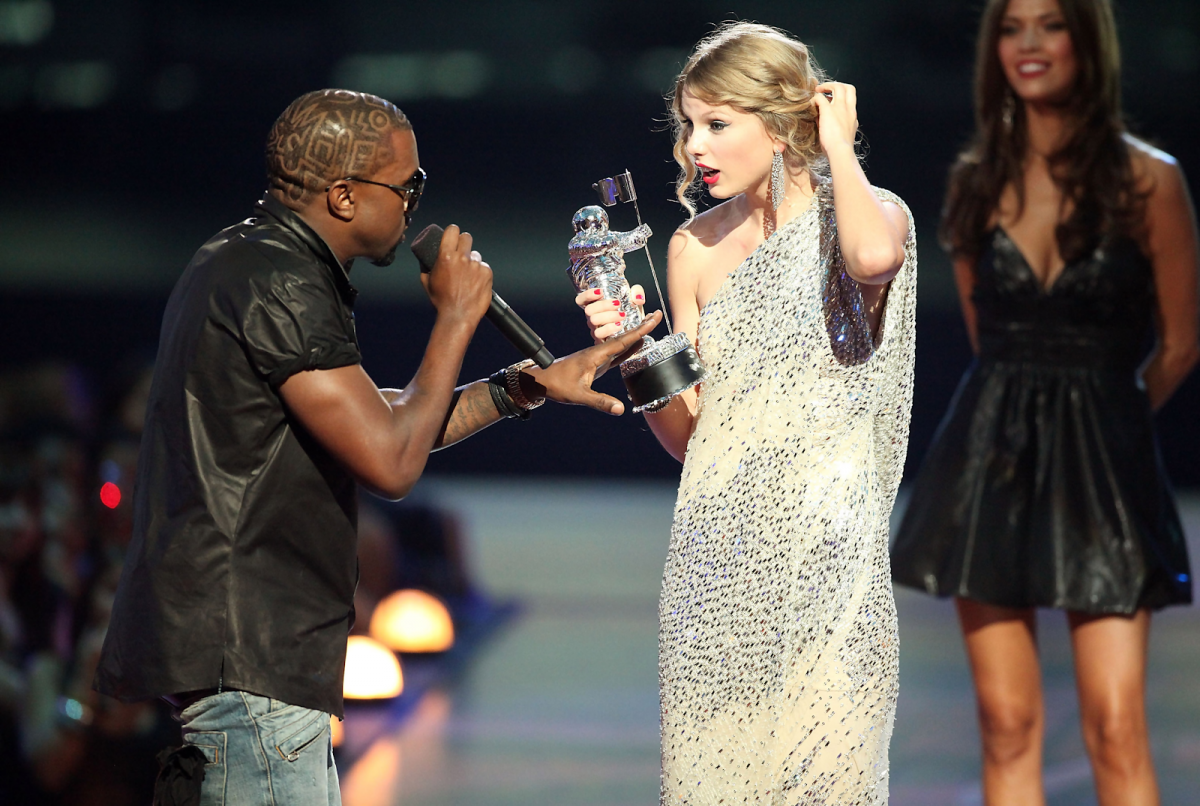 Well, we all expect the rappers to blurt out whatever they feel without the need of being politically correct all the time. However, that expectation of being blunt and dissing lines is expected on a diss track, not on a major award such as the MTV Video Music Awards!

Well, this popular rapper doesn’t really believe in that philosophy and can be seen blurting out anything – even in the public. So, when in 2009 it was Taylor Swift’s turn to give her winning speech after winning the Best Female Video award, West couldn’t stop himself from interrupting her, and saying: “Yo, Taylor…I’m going to let you finish, but Beyoncé had one of the best videos of all time! One of the best videos of all time!” Well, Taylor Swift wasn’t really expecting that for sure! 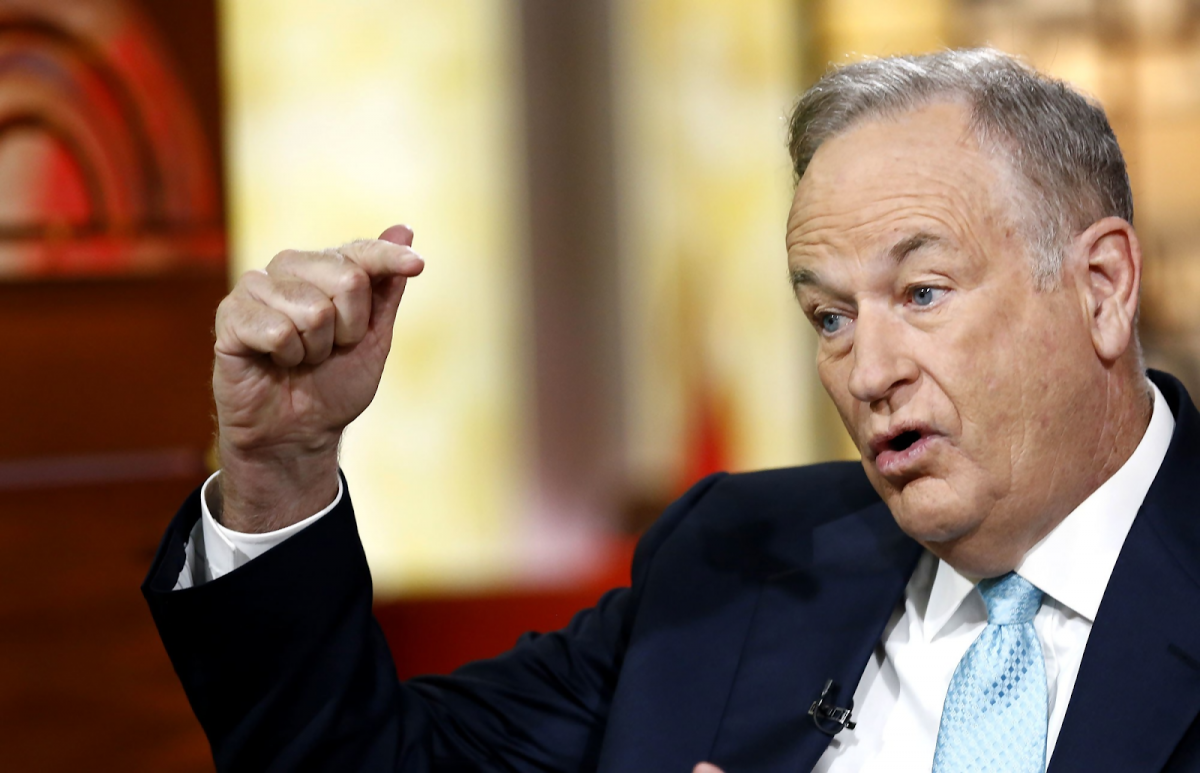 While we’re used to seeing celebs do unnecessary drama without any show, Bill O’Reilly decided to actually do it live on Fox’s Inside Edition – without worrying about any repercussions at all! It all began when the teleprompter from where he was supposed to read wasn’t exactly according to how he wanted to do it when he said: “Fu** it! We’ll do it live!” 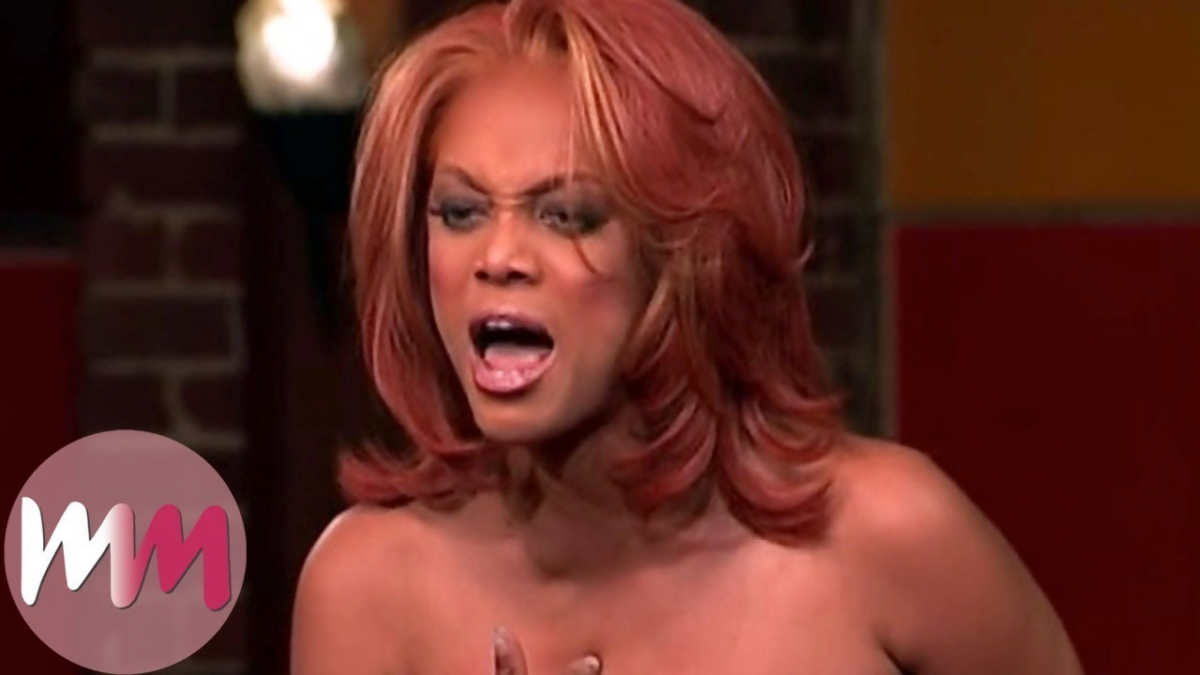 We totally understand that modeling isn’t an easy profession. It not only requires immense dedication, but also the passion and the right temperament to handle tough situations and still manage to do the job. And we certainly expect a supermodel such as Tyra Banks to understand that side of a modelling career, especially after she also created a modeling show after her successful modeling career, known as America’s Next Top Model.

However, things got out control pretty quick when a contestant who was eliminated didn’t exactly react as she was ‘supposed’ to, which irked Banks completely! 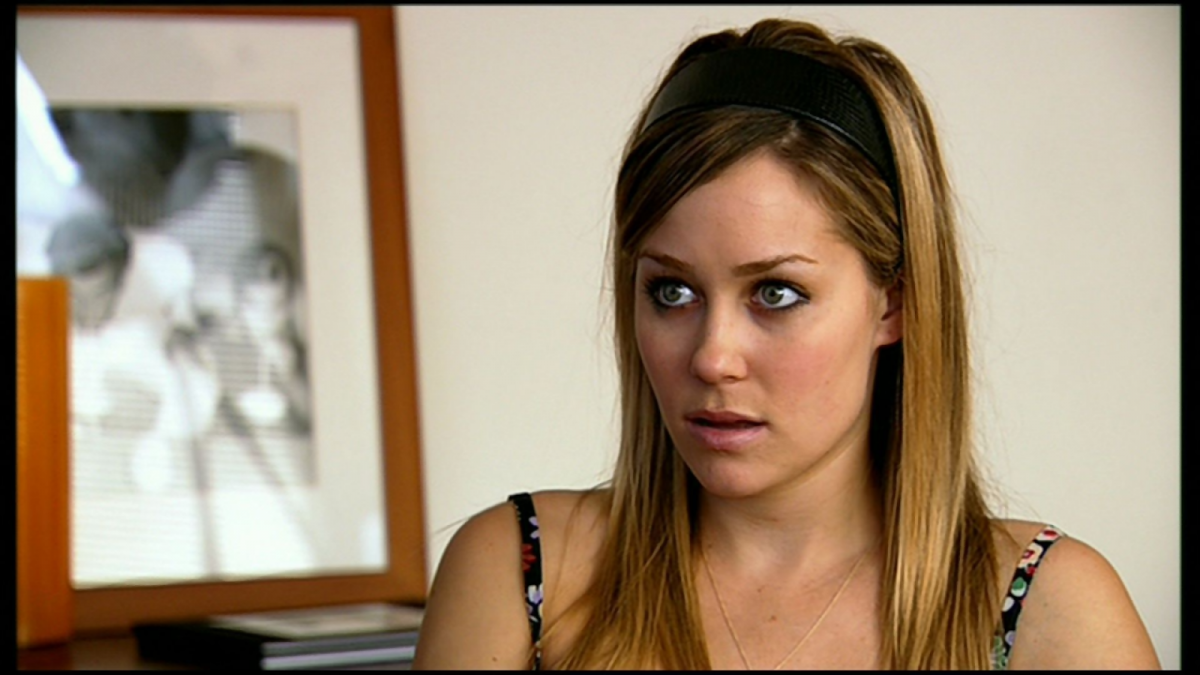 While Lauren Conrad has been used to shutterbugs following her around ever since she was a teenager, this reality TV star couldn’t control herself on The Hills. Things took quite a wrong turn when she was cast alongside Kristin Cavallari on the show. And it felt as if they were pitted against each other throughout the show, and the duo didn’t disappoint as they continued their feud every single time, they had an encounter. 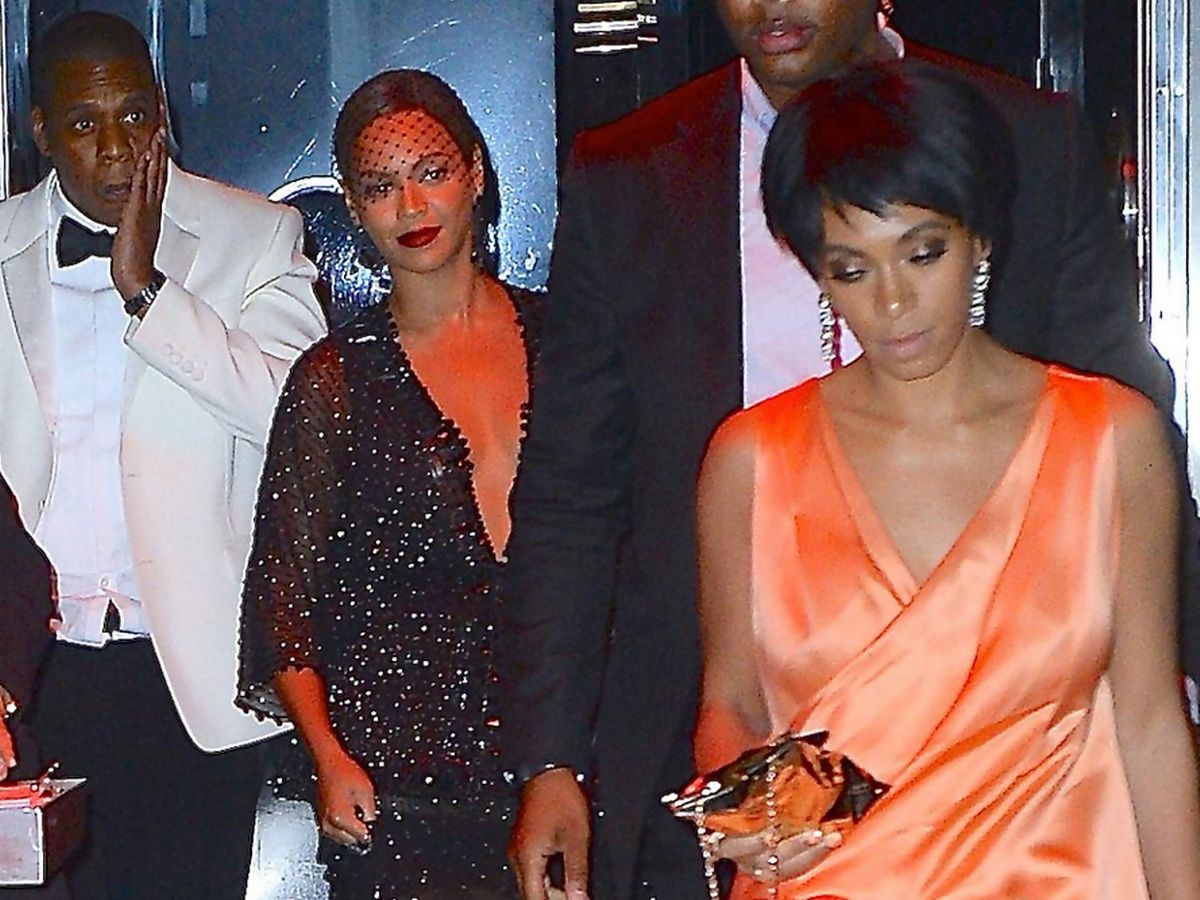 Musician Solange Knowles isn’t exactly known for violent outbursts in public, but the elevator incident with her brother-in-law Jay-Z has been in news for quite a while. Since the release of security footage back in 2014, she hasn’t said anything and we haven’t been able to figure out what exactly led to the incident, but all the singer had to say was that the family is alright now! Well, we don’t actually know that for sure, yet. 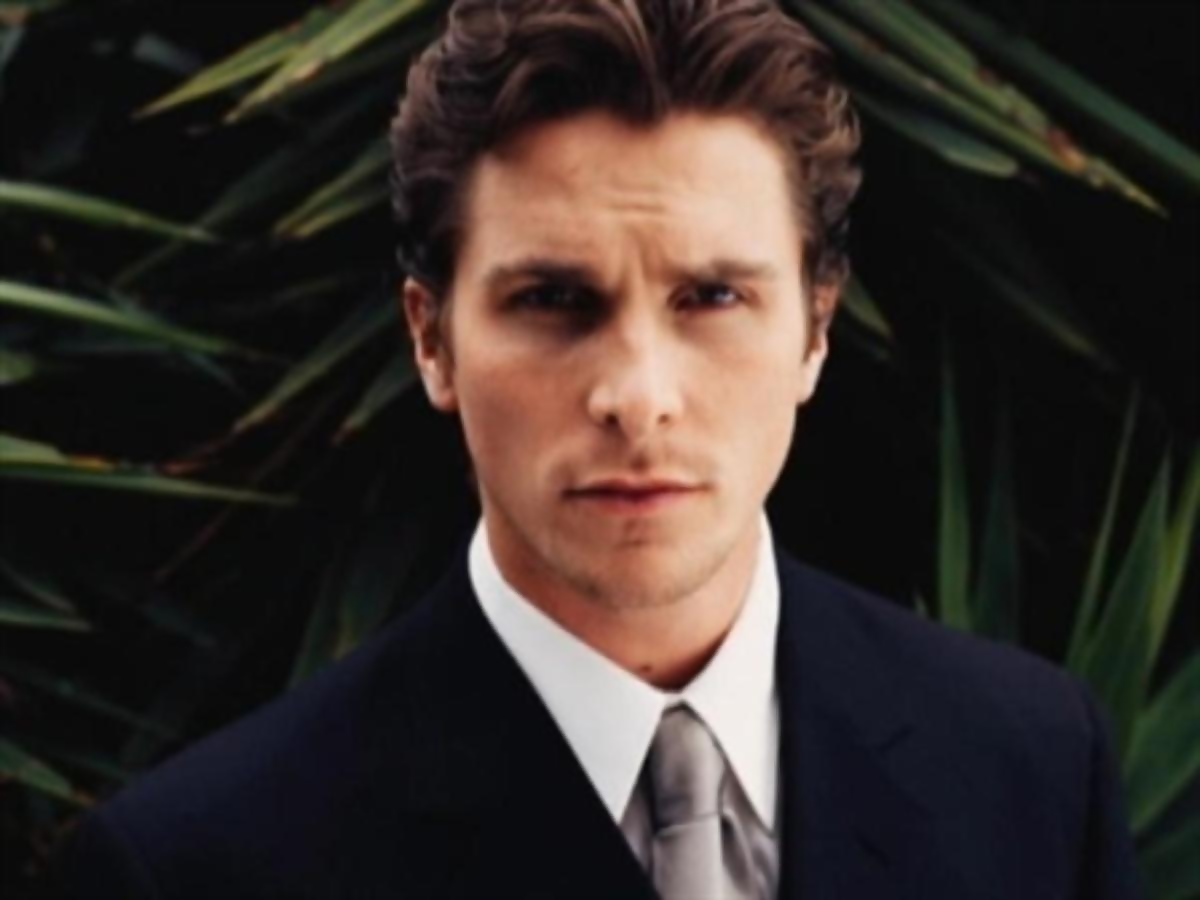 Christian Bale usually comes across as a soft-spoken, well-mannered person. So, it was quite shocking to see the ‘Bruce Wayne’ version of this Batman star when he was seen yelling non-stop on a crew member during the shoots of Terminator Salvation. Probably the day was too challenging, but we wonder what really irked him so much! 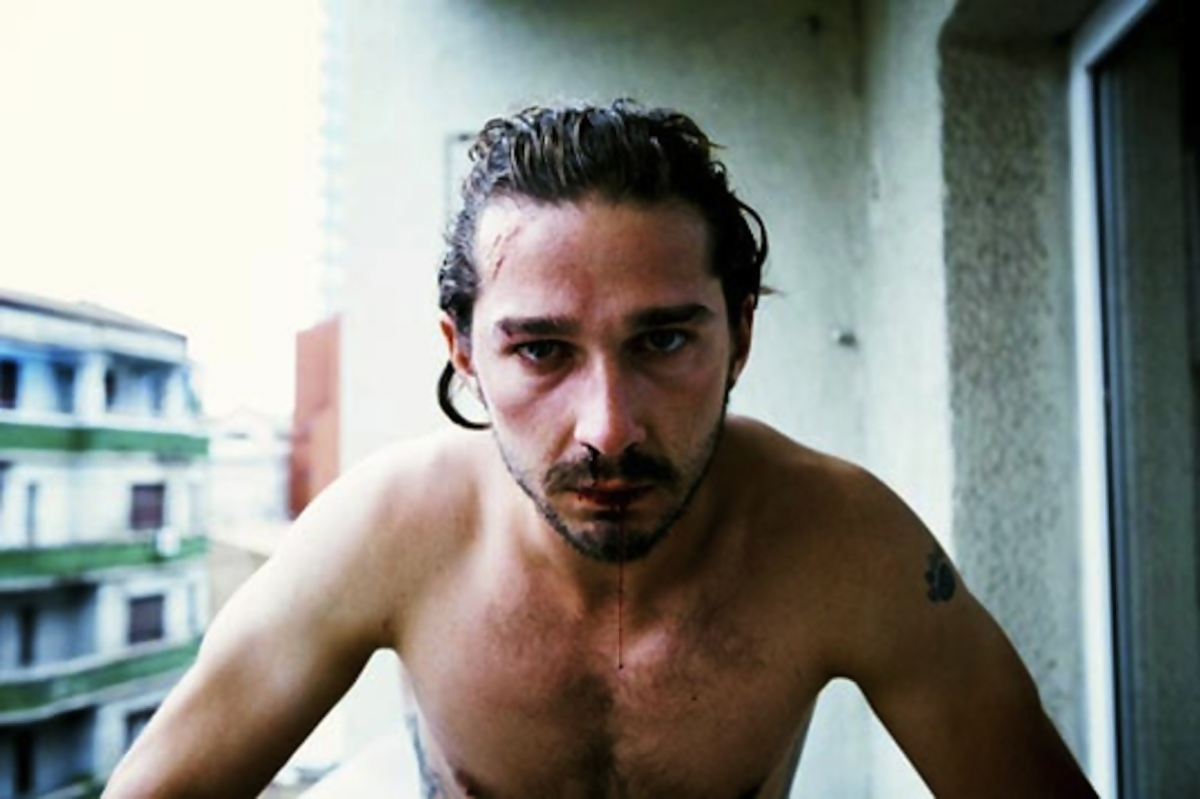 Shia LaBeouf was pipped to take over one of the top spots in the industry when he dropped on the scenes after he came out of the Disney. He was considered ‘the next big star’ until his series of poor behaviors in the public domain took his career down the dark path – a place from where he could never recover.

Right from getting arrested to turning up at a public occasion more than once, the actor has also been accused of stealing! 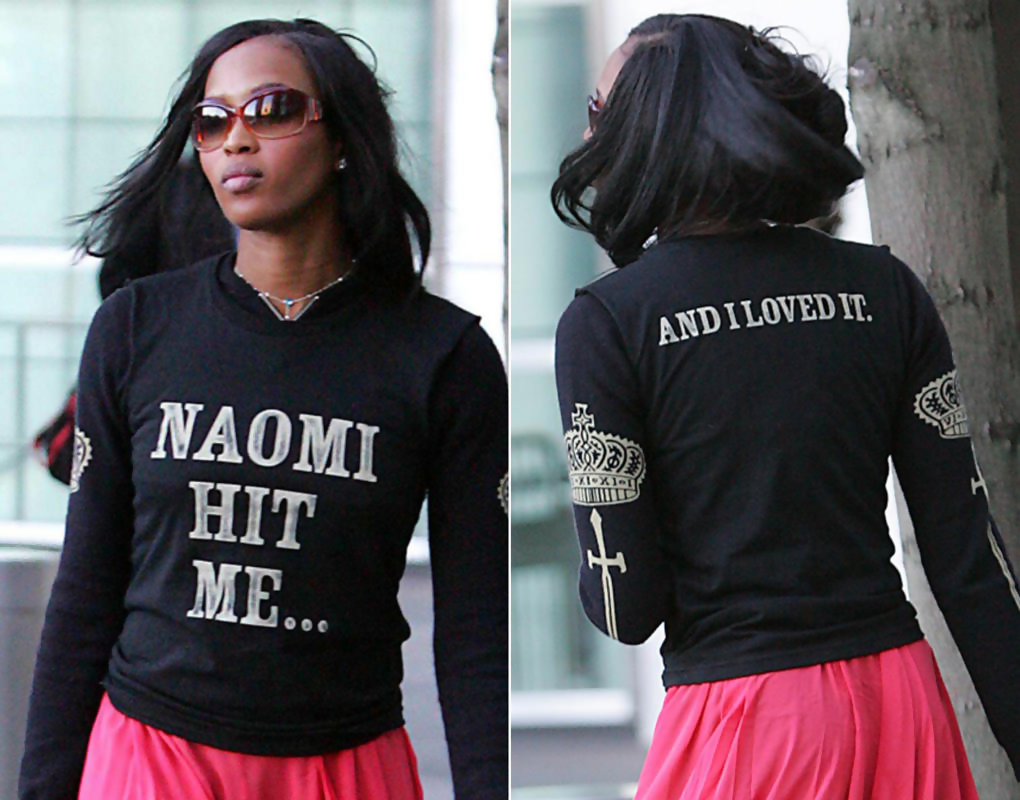 Although this diva hasn’t really been more of an ‘angry young woman’ in recent times, there used to be a time when she made the headlines for all the wrong reasons. Naomi Campbell used to make rounds in most publications for her really short temper. Her wrong acts all started piling up one after another.

First, there was news that she apparently threw her phone at the maid! Her driver also came up with the harassment he faced at her hands when she assaulted him while the driver was driving the car! Yes, it was that bad. And it just doesn’t end there – even police were at the wrong end of her fury. However, she doesn’t seem to care one bit now, as she can be sporting this ‘Naomi hit me’ black shirt in this photo. 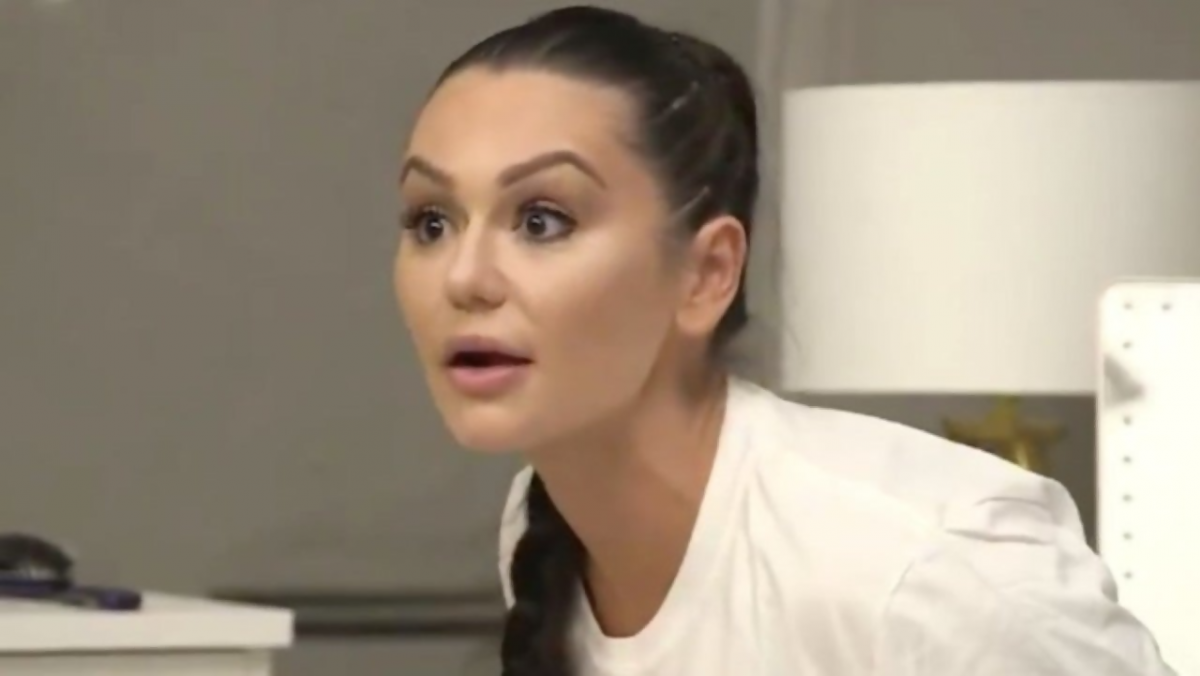 Reality TV shows are the most dramatic shows, and Jersey Shore is probably the most dramatic of them all. It has the drama of every shade you can think of, and every moment of the show is filled with drama. And with lots of moments where celebs went crazy on the show, the one involving JWoww (Jenni Farley) slapping Mike Sorrentino not once or twice, but multiple times during a night out is probably the best example for this list! 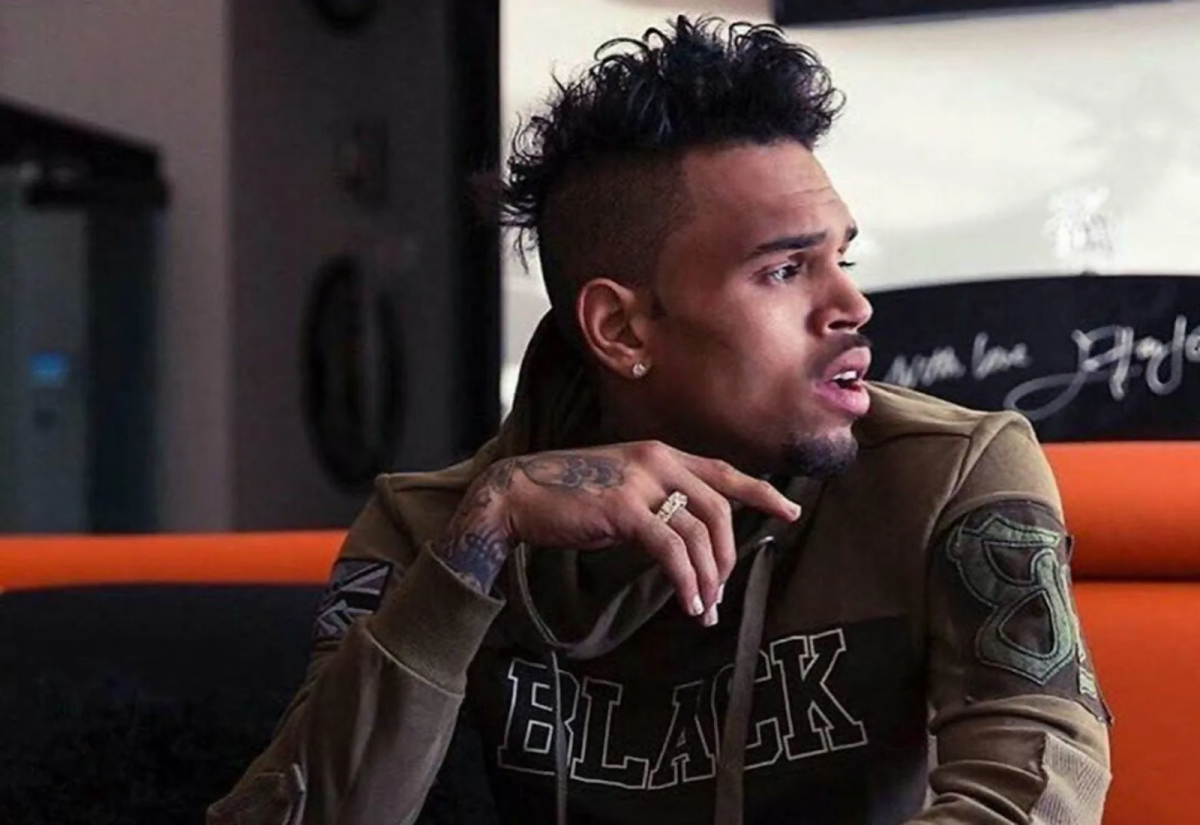 If we are talking of celebs being uncontrollable in public, we cannot really avoid adding Chris Brown to this list. Right from his domestic meltdown cases with his ex-lover Rihanna, to having all sorts of trouble in public, he hasn’t shied away from showing his anger in public. We guess the police officers must be really tired of arresting this rapper again and again!