We all love to look good, especially on the social media platforms, at least. And celebrities aren’t different, either. In fact, they are more focused on looking good whether it is for a public event or for social media platforms such as Instagram. They work out hard in the gym, eat good food, and some even opt for plastic surgeries in order to look their best. And when even that fails, they end up using their photoshop skills on their pictures to look more appealing!

In this article, we have compiled a list of fifteen celebrities who don’t shy away from using photoshop on their Insta posts. Let’s check out the article now. 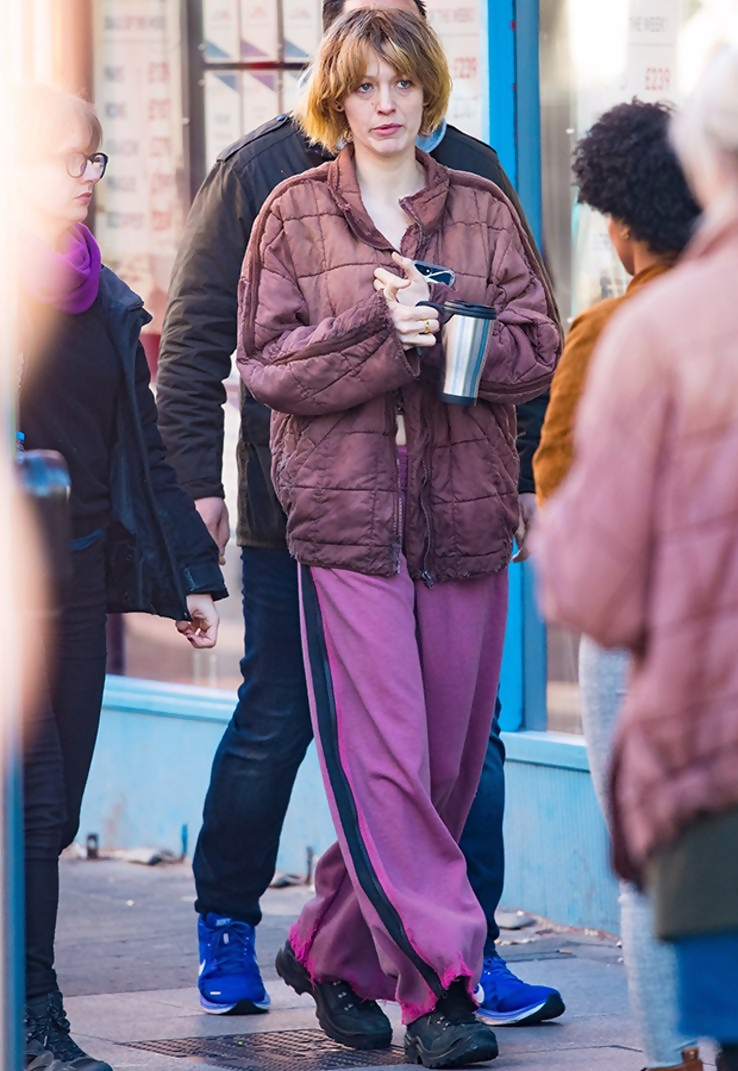 Is this really Blake Lively? We couldn’t believe it is really her. This picture was clicked while she was shooting for The Rhythm Section, and the baggy eyes and the shabby hair is all done on purpose. 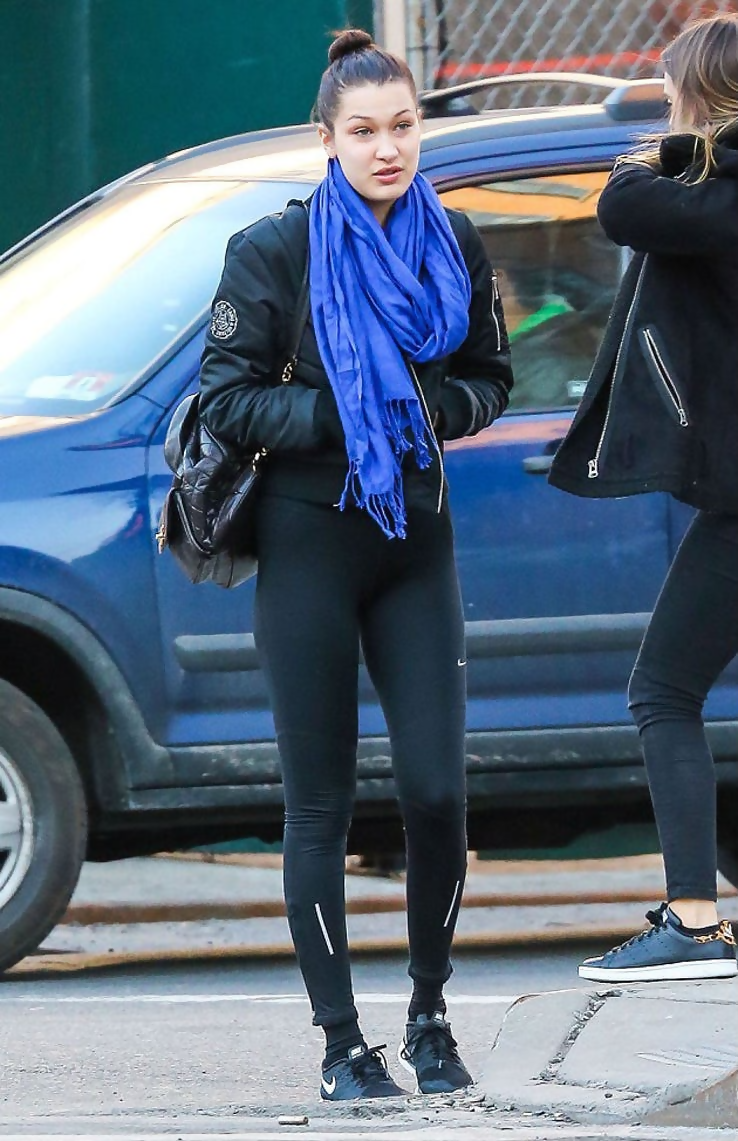 Bella Hadid is infamous for editing her Instagram photos way too much. For example, if you remember the model’s ‘Bella’s Postmates’ pictures and the Versace campaign of 2018, you’d know what we’re talking about here! In this picture, you can see the model wearing no makeup. 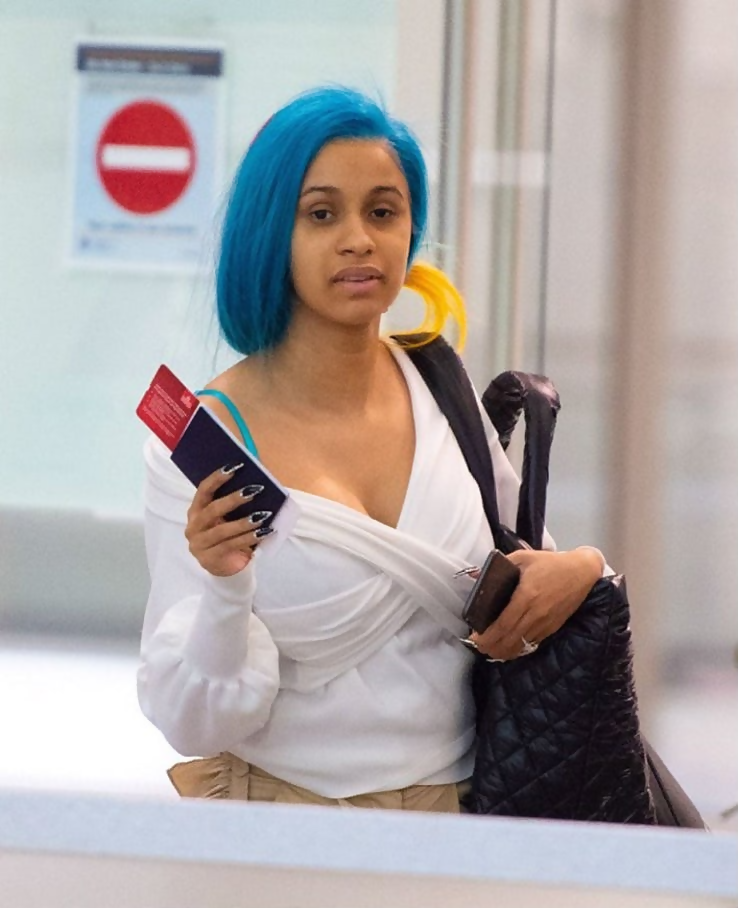 If you haven’t seen Cardi B without any makeup on, here’s your best chance. This photo was clicked when she was seen leaving the Milan Fashion Week. The singer can be seen with blue hair, but without any kind of makeup. Fans did make fun of her and called her ‘not beautiful’ when they saw this picture. 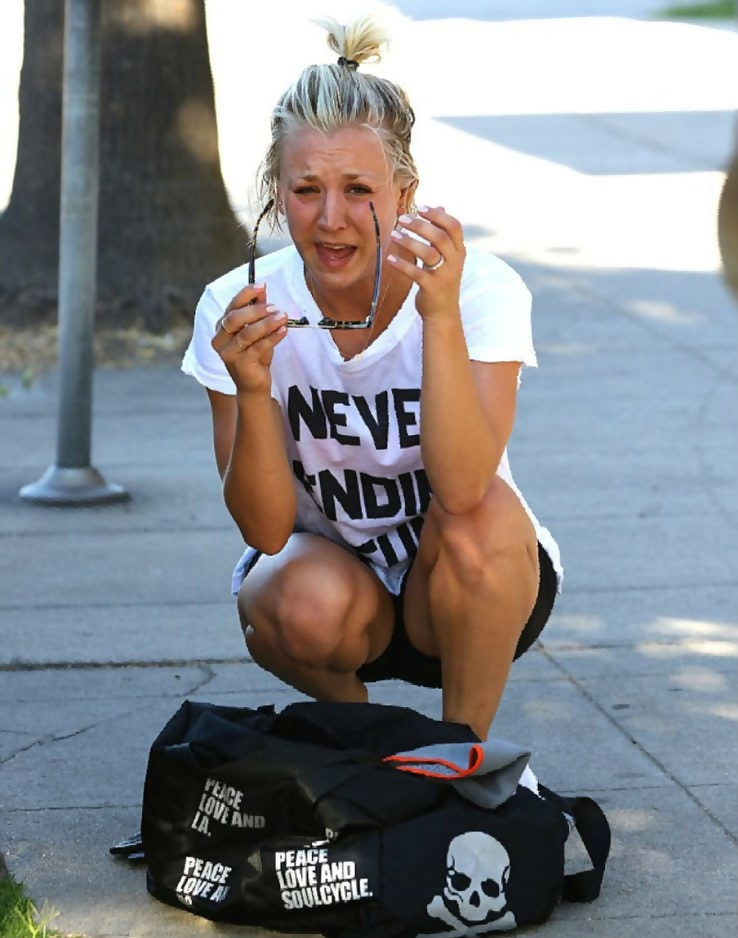 Kaley Cuoco isn’t always wearing makeup, for example, when she steps out for her yoga class or to the nearby store. However, the question is whether she looks as appealing as she does in her Instagram posts? Well, we don’t think so! 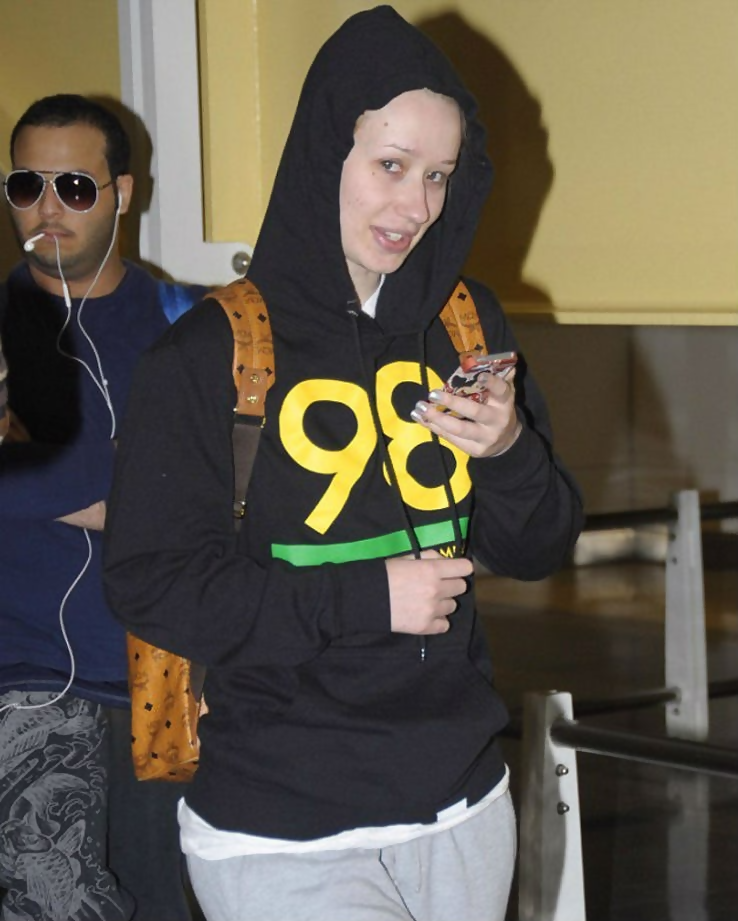 Fans have often pointed out that Iggy Azalea makes use of a lot of photoshop to make her pictures look pretty. However, we can see Azalea looking straight into the cameras even when she isn’t wearing any makeup at all! 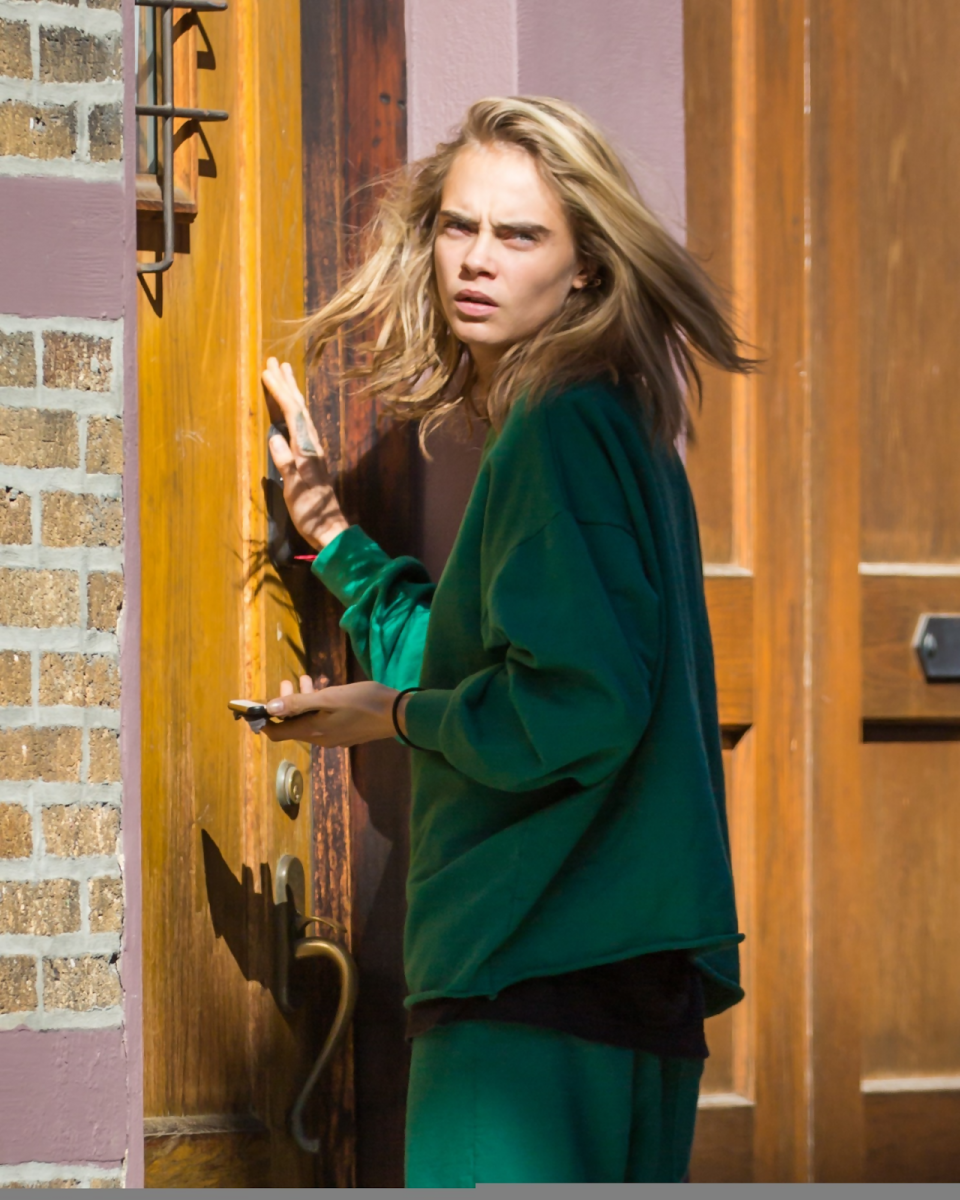 Having a porcelain complexion and a piercing gaze has won Cara Delevingne millions of fans around the world. However, the model looks quite different than she does in her fashion photos. Photoshop was even done on her appearances in the movie Suicide Squad. 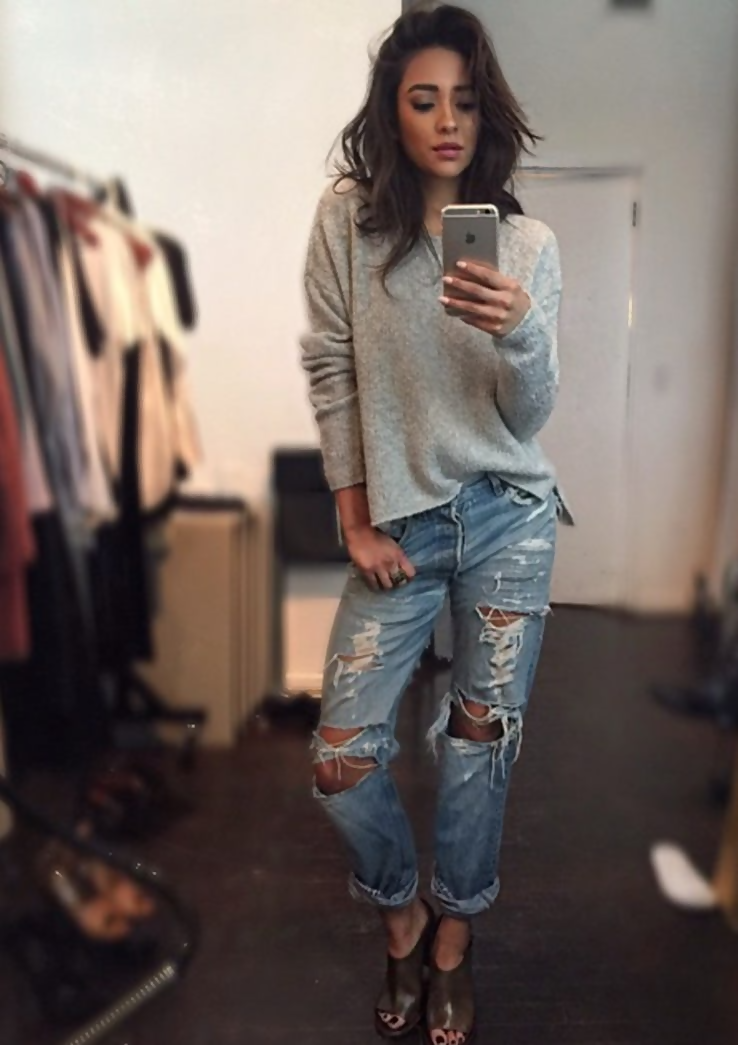 Shay Mitchell has often been criticized by netizens for posting a lot of ‘fake pictures’ on her Insta handle. Yes, and even her fans are so fed up with her photoshopping that they called her 2018’s China trip fake! 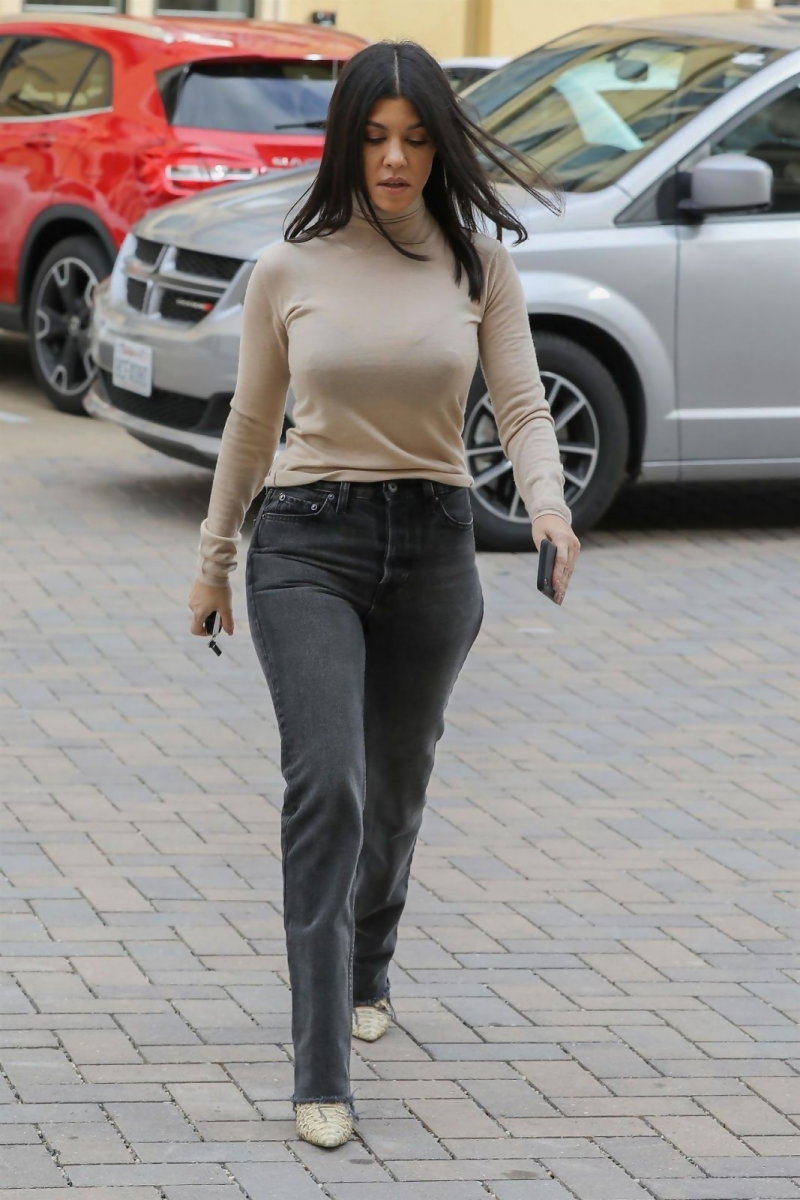 The reality star is very fond of editing her Insta posts. While we agree that she does it way lesser than her siblings, she still does love photoshop a lot! She is well over forty years of age, but if you glance through her Insta posts, you’ll think she looks not a day over twenty! How is this possible, if not for photoshop? 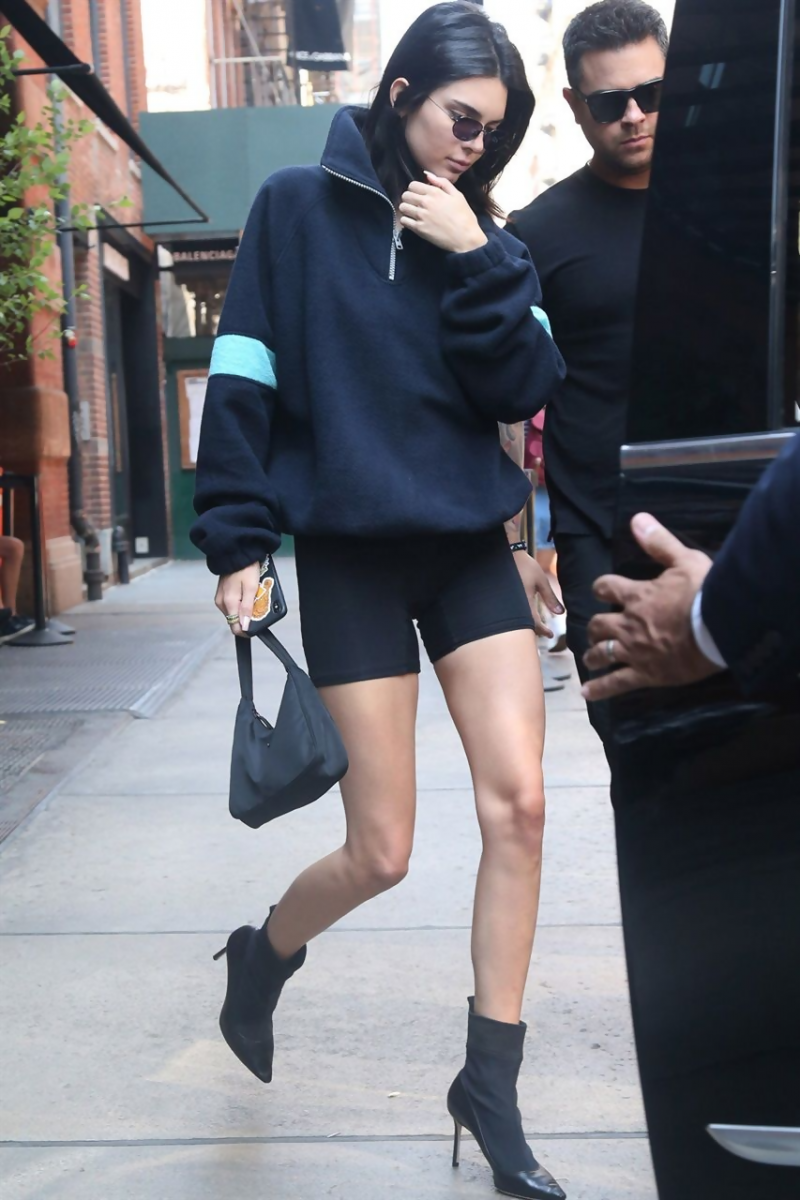 If you have seen Kendall Jenner on Insta, you wouldn’t be able to recognize her in this picture. Even though she is stunningly beautiful, we can see she does have some skin issues. Perhaps that’s the reason she constantly edits her photos to look more appealing. 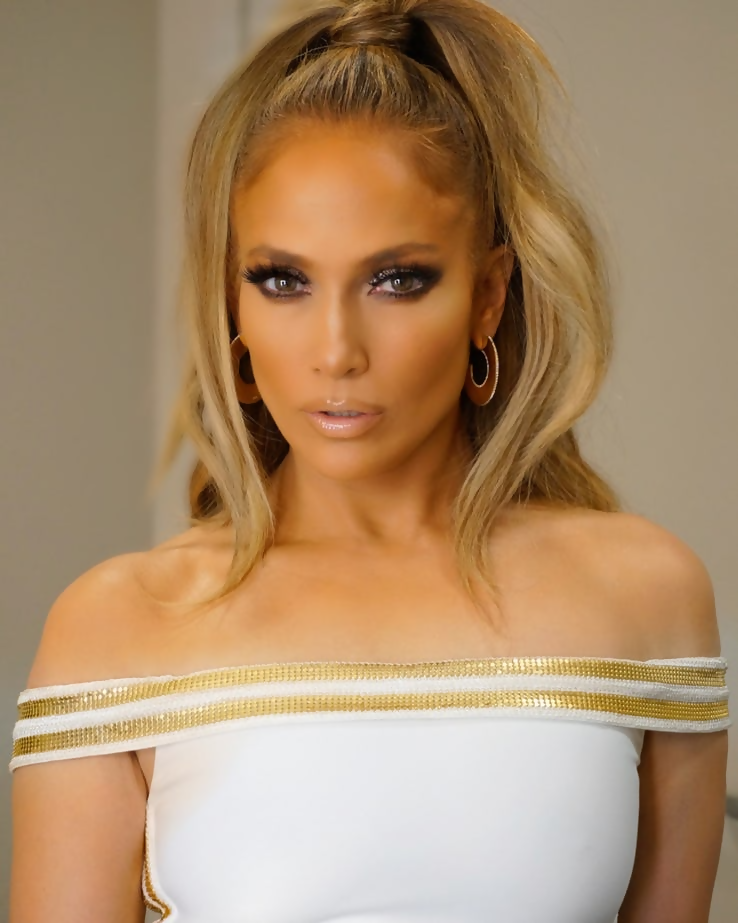 This diva rules over the hearts of millions of fans around the world. And while she looks stunning for her age and works out a lot in the gym, she is still a photoshop lover. Also, during her recent interview, she pointed out that she has never gone through any surgical procedures to look beautiful. Well, we don’t entirely believe that, JLo! 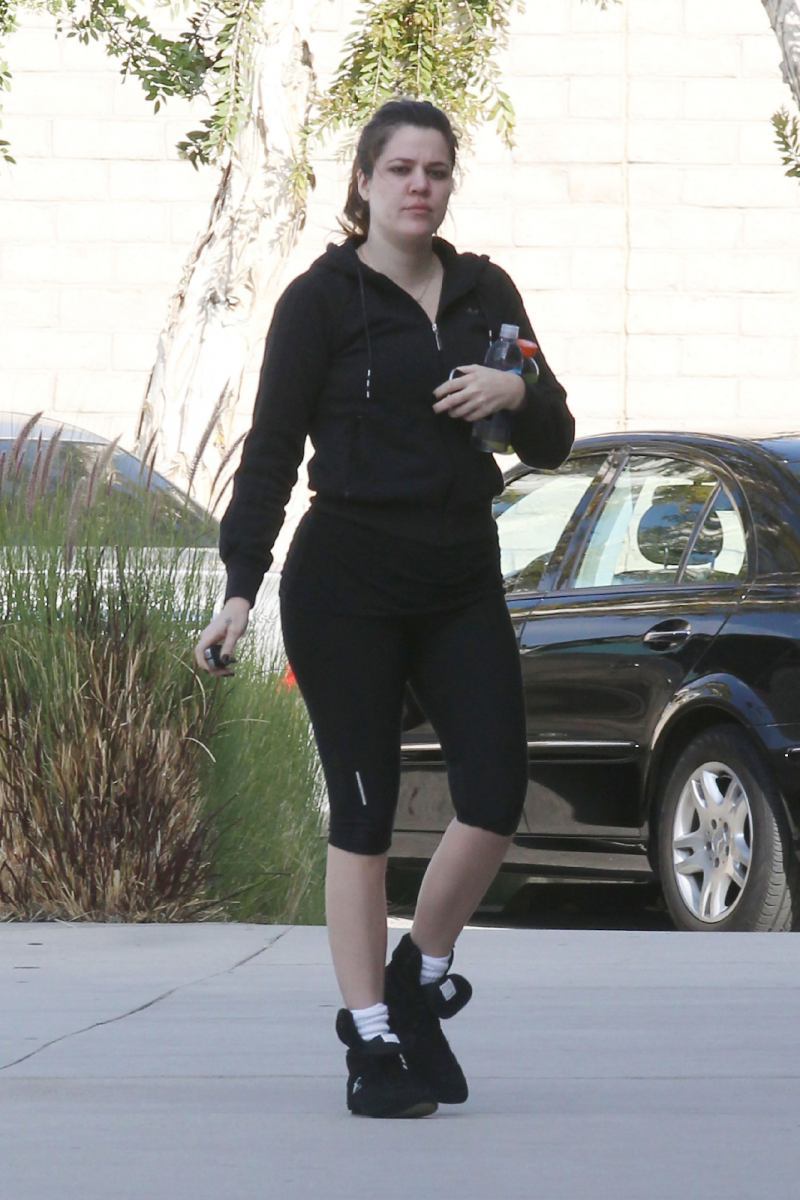 If we were to award celebs for being honest about their photoshop stories, Khloe would truly win it hands down. This diva has confessed on more than one occasion that she has photoshopped all of her pictures that she posts on various social media platforms! Well, she was left with no choice, but to come out with the truth when she started facing one scandal after another. 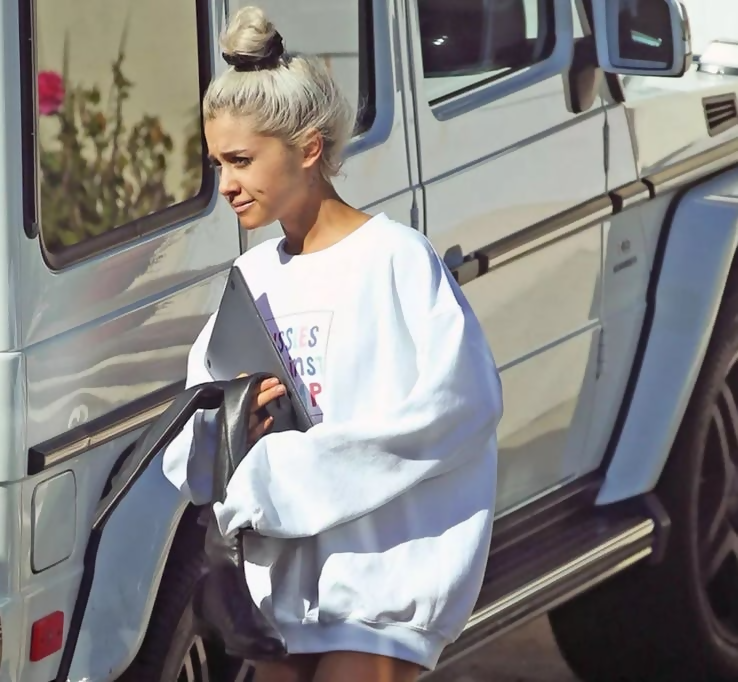 Even if you are a die-hard fan of Ariana Grande, you wouldn’t possibly be in a position to recognize her in this picture. That slouchy sweater might make her look like she usually does, but the ton of makeup she has put on clearly makes it look more like a disguise! 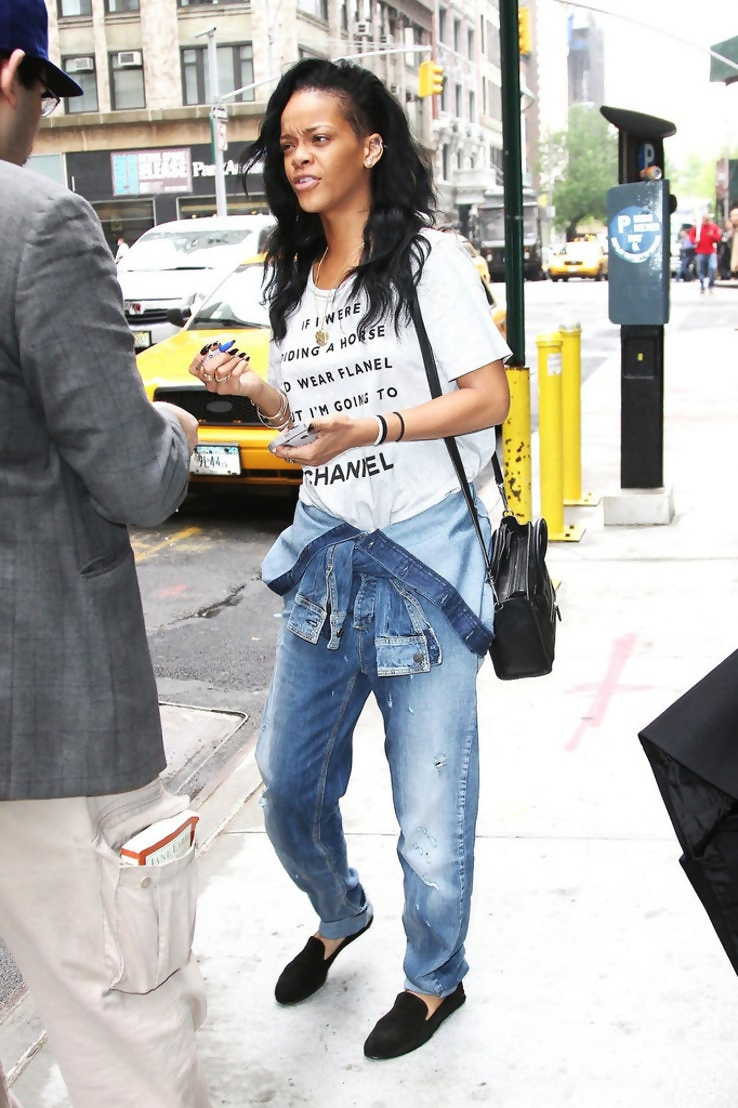 Why wouldn’t this popstar choose this picture to promote Fenty? Well, for one, it lacks tons of makeup and heavy photoshop skills and it reveals how she truly looks naturally! 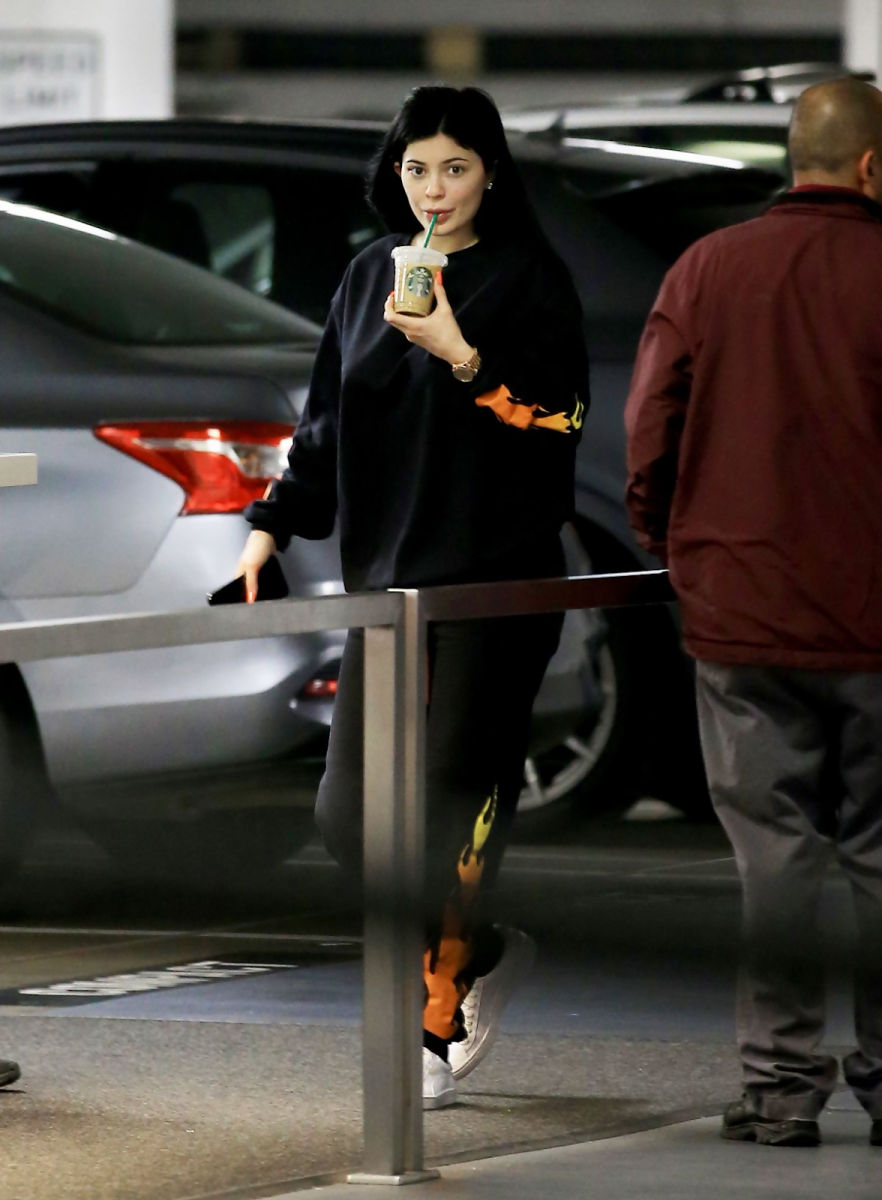 A reality TV star turned social media celebrity and now a successful entrepreneur, Kylie Jenner is also known for using quite a lot of photoshop to polish off her looks in Insta posts. However, in this picture, we can see her without any makeup, and to be fair, she looks quite different than she does with makeup! 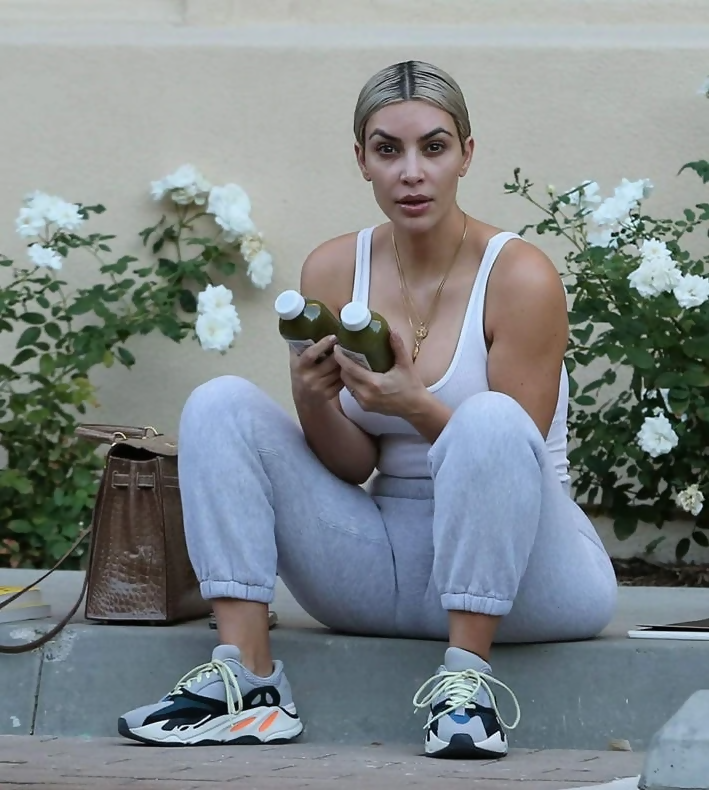 Netizens often troll her by calling her ‘makeup queen’ – and they aren’t exactly wrong to call her that. She uses a lot of makeup and photoshop to make her pictures look more attractive. In this 2017 photo, we can see how Kim Kardashian actually looks.