18 Weirdest Beauty Trends From The Past That You Never Knew About!

Frankly, it is next to impossible to achieve the unrealistic and ever-changing beauty trends of our society, and quite a lot of us have already given up after trying our ways of plucking, painting or contouring ourselves into leveling up. It doesn’t really come as a surprise that this issue is a timeless one, but some of the beauty trends of our medieval and recent past and actually quite hard to think of as something that can be considered glamorous or fun in any way.

Beauty trends have changed and evolved so much that what people would have normally considered hot is actually nothing less than horrifying in modern times. Sure, wearing makeup isn’t exactly an easy task, but it is at least a thousand times much better than applying some gravy on our legs or shaving our hairlines further back! In this article, we have compiled a list of perhaps the weirdest of historical beauty trends ever. Let’s check it out –

Greeks sure loved the unibrow! 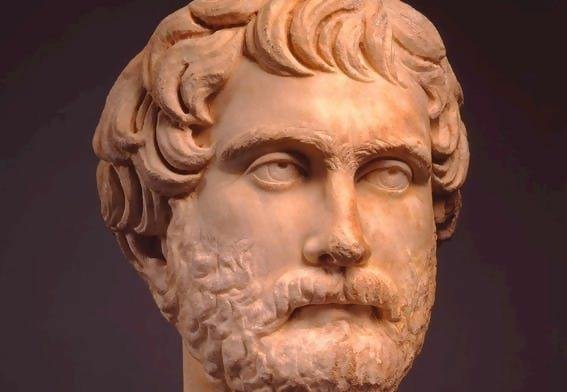 The idea of ‘power brows’ was starkly different for the Greeks. In ancient times, Greek women who had unibrows were considered by society as intelligent and pure. In fact, it was such a thing that women who didn’t have one naturally ended up using kohl in order to draw one for themselves, and get that bold look. 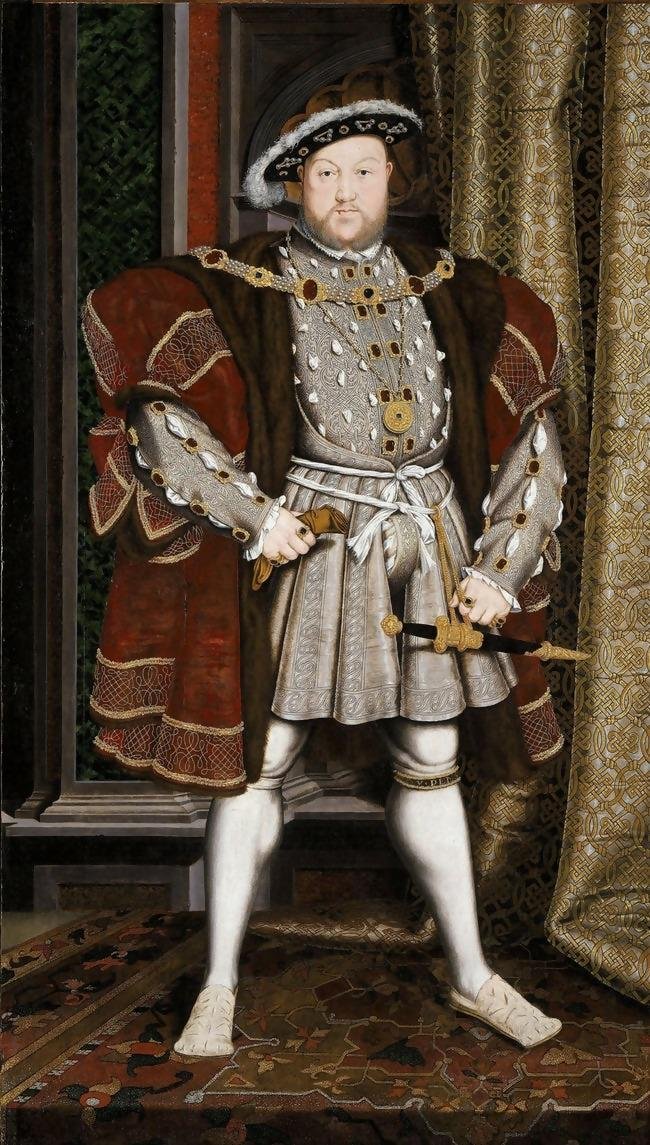 In the modern world, women’s legs are really admired, but way back in the medieval times and all the way up to the 18th century, it was men’s calves that got all the attention. In fact, men used to wear stockings, so that they could show off their muscular, chiseled calves. Some even went further and used padding to make their calves look more muscular! King Henry VIII was well-known for his calves. We wonder if it was all-natural or padding! 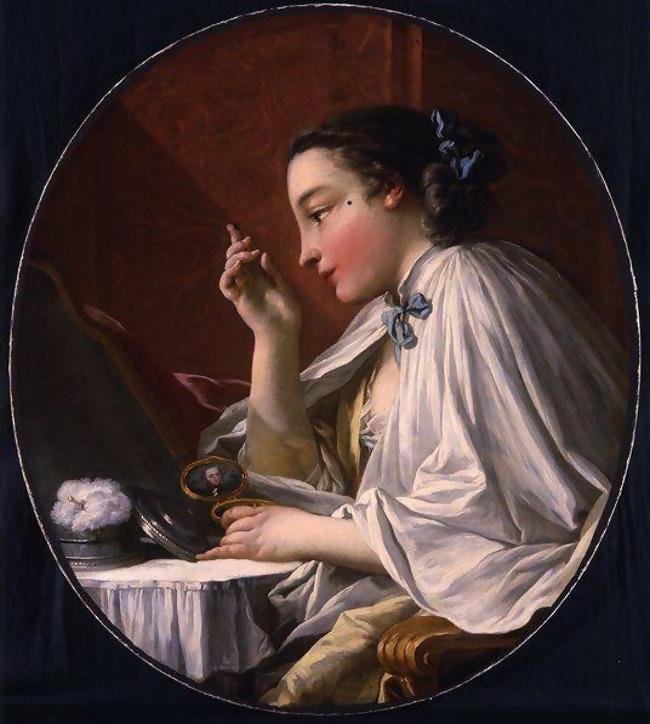 Way back in the eighteenth century, the trend of women wearing makeups started. They also began wearing beauty patches, which are small fabric pieces that were applied on the face. These beauty patches came in several shapes and sizes, where the most prominent ones were stars, squares, and circles. Not only that, the placement of these beauty patches had a particular meaning as well. For instance, applying a beauty patch on your right cheek was supposed to mean that the woman in question was married, while a patch near the mouth meant the woman was flirtatious! 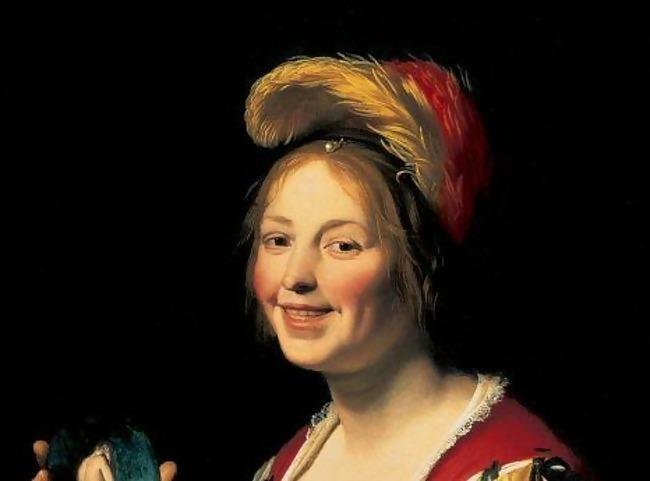 We all know the essential traits of beauty during the Renaissance were quite well-known, and there were over thirty specific traits that were considered as what defined beauty! A few of them were quite similar to modern standards, such as long legs, narrow waist, wide hips. However, what may surprise some of you is that short teeth were considered beautiful during those days – the gummier the smile, the more beautiful a woman was! 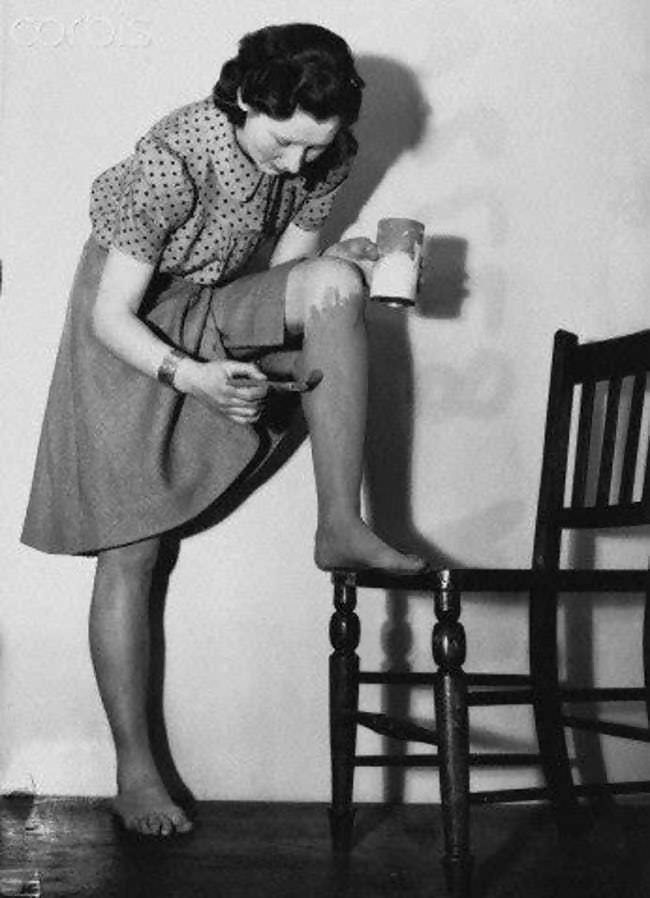 During the World War II, there was an immense shortage of nylon and so women couldn’t afford to wear pantyhose. However, since the tanned legs that were a result of wearing stockings were considered important, there was a huge demand for paint products that were meant to make them look like the in nylon. Various ads during the time focused on how one wouldn’t be able to differentiate between legs that were covered in hose and legs that were just painted! However, since not everyone had access to these paints, quite a few women would actually just apply gravy and get that nylon look!

The “Divorce Corset” was quite in demand 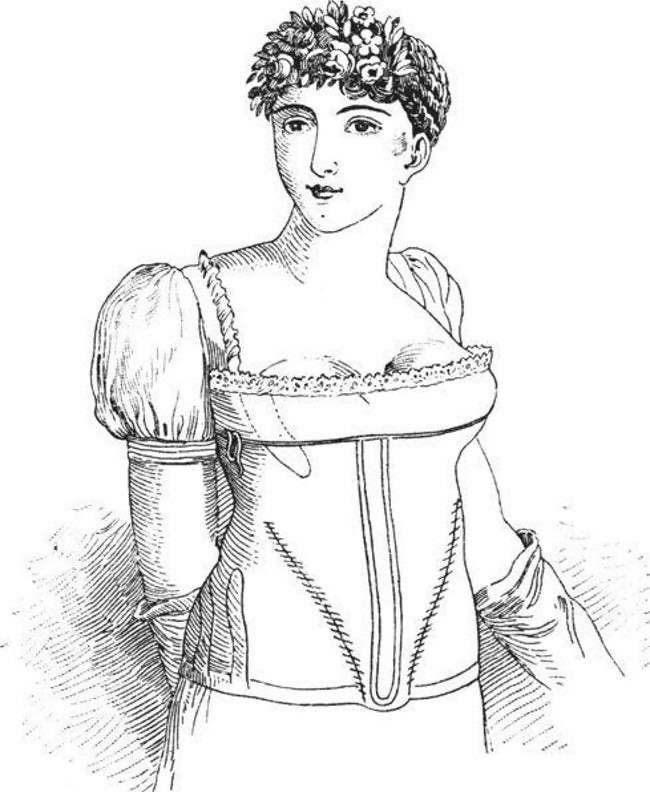 The corset is considered one of the most innovative examples that allow body modification, as it allows a narrowed-looking waist while also lifting the breasts. The corsets have been worn by women right from the sixteenth century all the way to the nineteenth century, with a variety of styles used. Some of the varieties, in fact, were so tight they made breathing difficult! However, the nineteenth century saw a new beauty trend of having the breasts separated. And instead of the usual high cleavage that was in fashion earlier, women now wished to have a clear gaping between their breasts. This led to the new variety of corset being introduced in the markets – the “divorce corset”, which was named so because it separated the breasts and created a distinct cleavage. 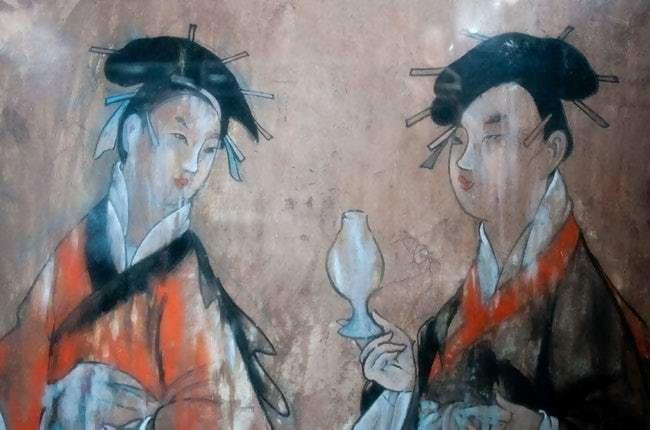 The Chinese women of ancient times were very creative when it came to their eyebrows. The women often painted their eyebrows with a variety of colors such as blue, green or black and also gave their eyebrows shapes according to the trending styles at the time. For instance, at one time during the Han Dynasty, eyebrows that were sharply pointed were the vogue. At another time, women preferred shorter eyebrows that were high. There was another style of eyebrow known as the “sorrow brow” that had the brows pointing upwards as a sad expression.

Veiny Cleavage Was A 17th-Century Must-Have 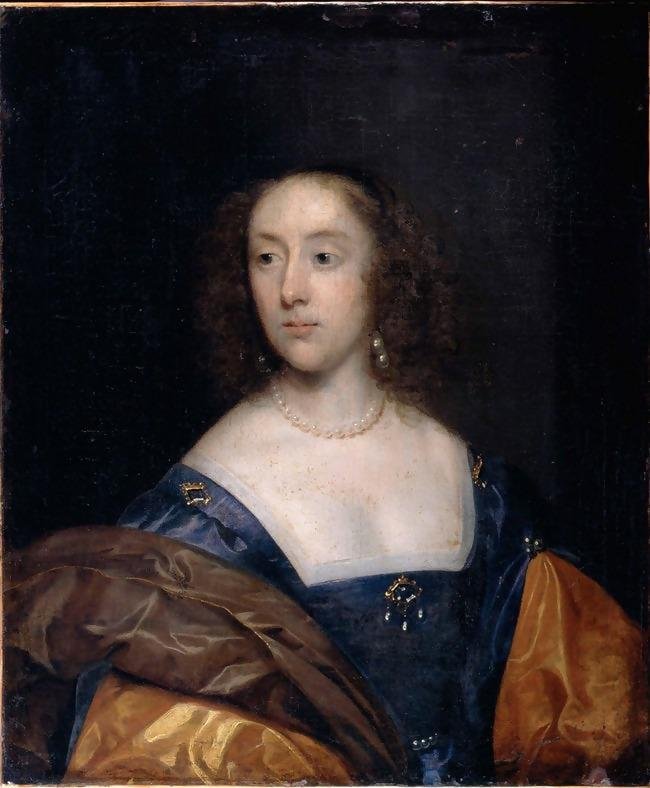 Cleavage as a fashion trend began in seventeenth-century England. All the dress designs saw the necklines going down, and the breasts became a prominent body part that women tried to display. However, the same era was also known for showing extreme pale skin, which indicated that the person was wealthy and had the means to stay out of the sun, unlike the working class. So, in order to get the desired pale skin, women often applied the face powder on their skin and would draw blue colored veins on the breasts for it to look like translucent skin! 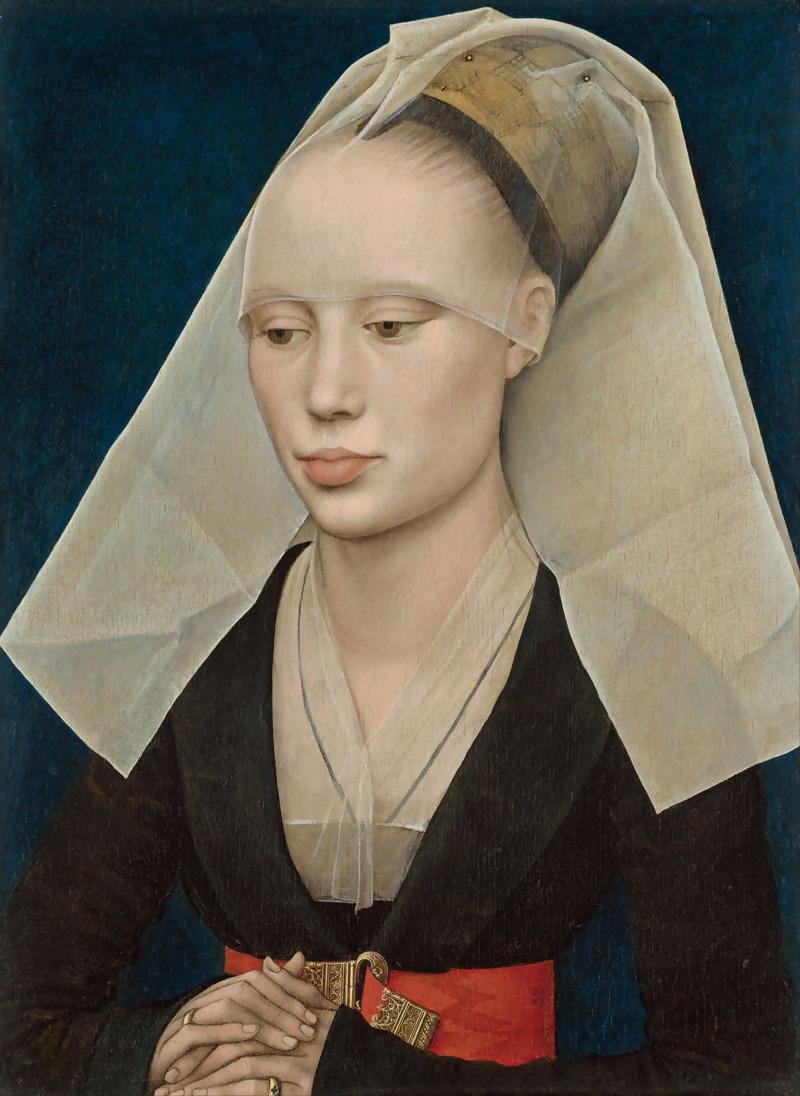 Renaissance period had a list of over thirty traits that were considered part of beauty. However, what you must have noticed in almost all of Renaissance paintings, it’s the strange look of the women in those paintings. It’s because of the fact that women were considered beautiful if they had a curved, large forehead. In order to get one, women often took to plucking or shaving their hairlines backward to make their forehead look bigger. In other words, a receding hairline was considered a good sign during the Renaissance. 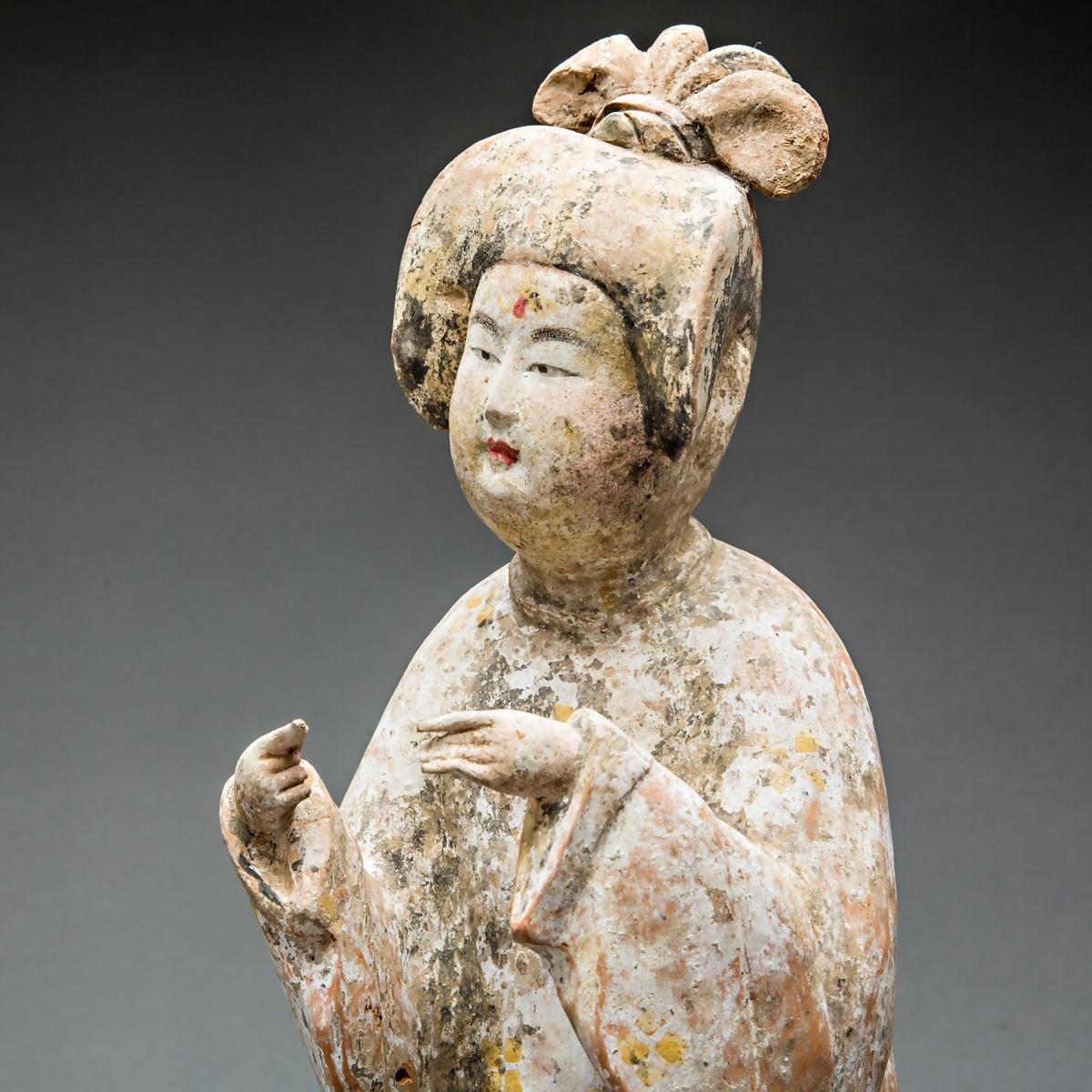 In ancient China, during the rule of the Tang Dynasty (618-907 CE), women having curvier features such as round faces or big cheeks and wider foreheads were considered more attractive and beautiful. Well, it won’t be wrong to call the Tang Dynasty the lover of big cheeks!

Eyelashes were a big no-no during the Renaissance 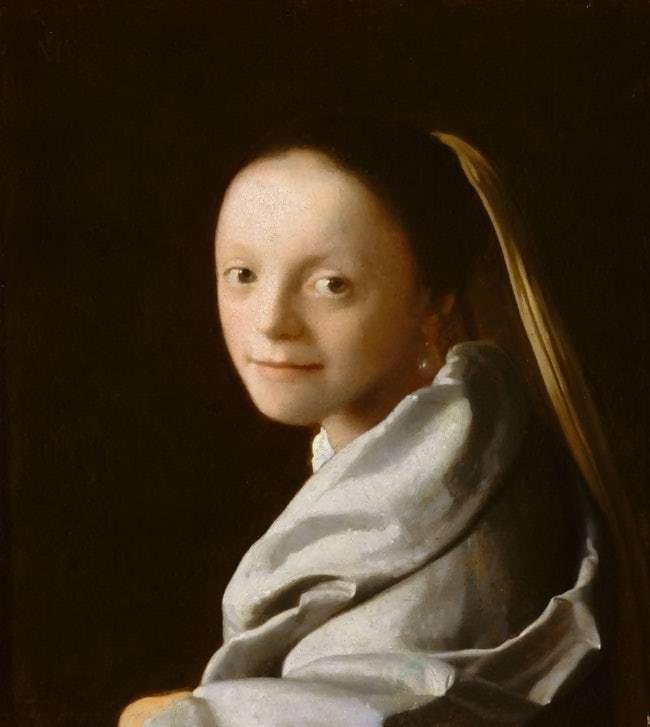 During the Middle Ages and all the way up to the Renaissance, plucking of hair did not just stop at the forehead for European women. In fact, even eyelashes were removed, as having eyelashes indicated oversexuality! Thus, women from wealthy families would often get rid of their eyelashes completely, which to be honest, sounds too painful to even think about. 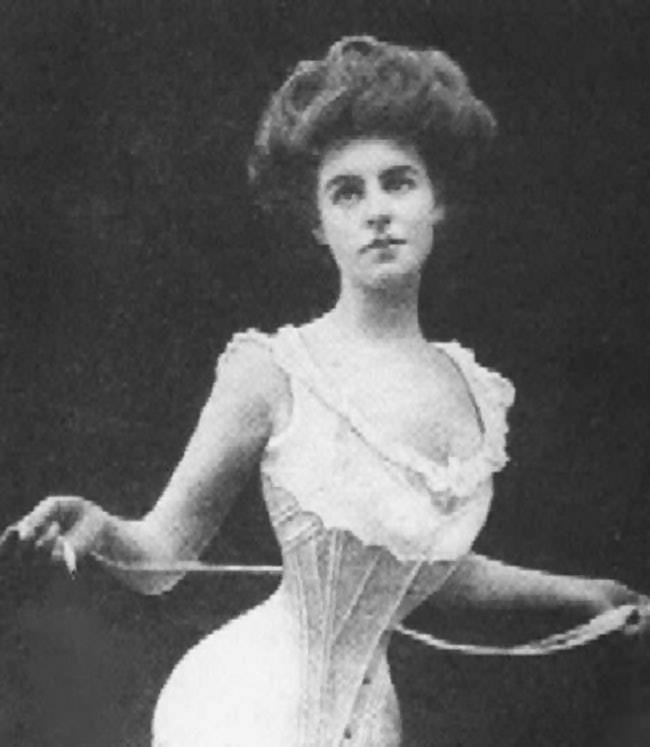 The Edwardian era was considered by many as the period that celebrated the mature female body. This led to corset use by women. However, since the corsets were tight, they affected women’s breathing and also put immense pressure on the internal organs.

To get around this issue, a special type of s-bend corsets came into vogue that greatly reduced the stress on and around the waists. Instead, the new corset was designed in such a way that it created an impression of bustle without using any extra layers! However, the design shaped the women’s spines into a weird position, which made them walk with a sway, and at many times even caused permanent damage to their spines! 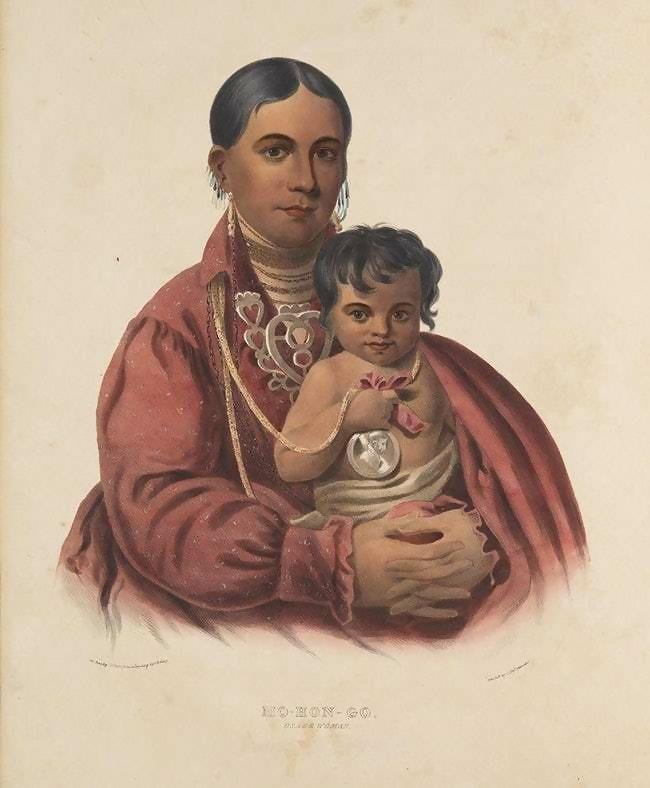 When colonists reached the shores of the Americas, they were in for a surprise when they found out about a painful beauty trend that was followed by the native American women – plucking of the pubic hair. Jefferson, once remarked that the native women considered it a disgrace to have hair on their bodies, and would remove it as fast it grew in order to stay beautiful. 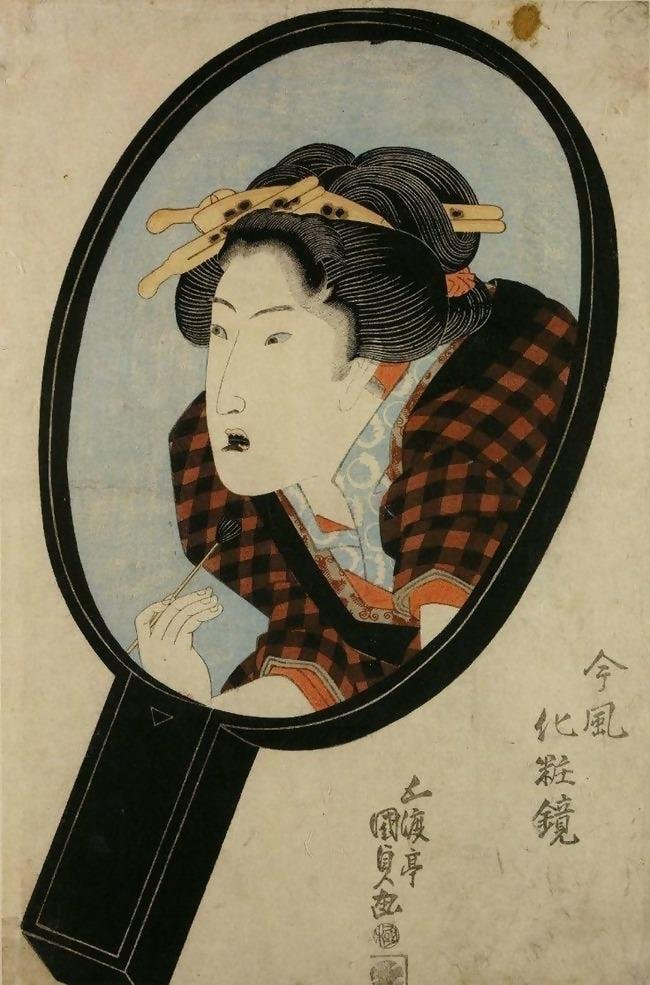 If you are not happy with the color of your teeth, then this is probably for you. In Japan, women blackened their teeth after marriage, and this ritual continued for more than a thousand years! Apparently, it was considered beautiful and was a statement of marital commitment by the women.

Long fingernails were a rage in China 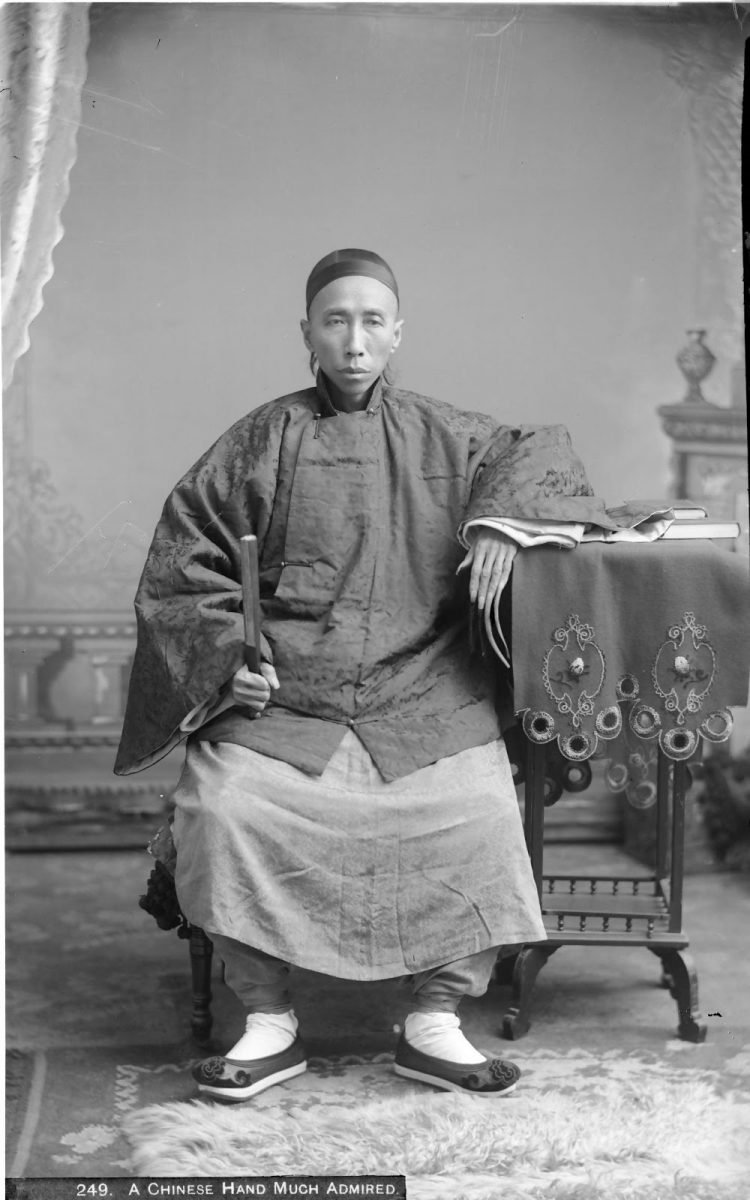 Having long nails has always been a thing in China, for both men and women. In fact, nobles and high officials in the Qing Dynasty had nails that were as long as ten inches! In fact, some wore gold nail-guards so that their nails stayed safe and didn’t break. Growing long nails was considered a sign of wealth, as it indicated that they were rich enough not to do anything with their hands and had servants to take care of things such as dressing or feeding them! 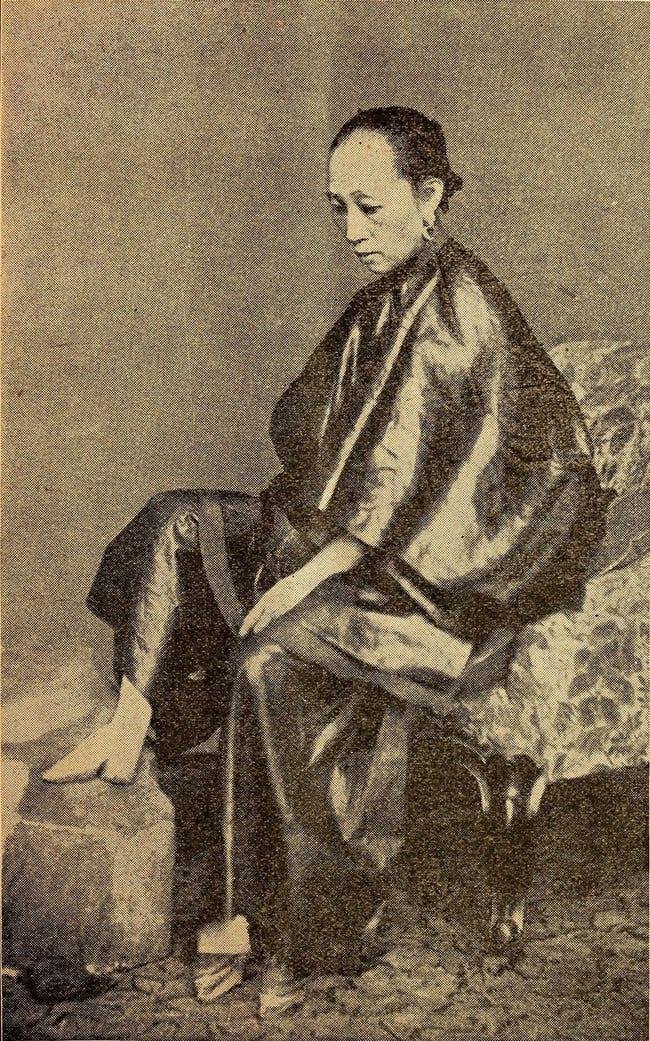 Foot binding is quite rightly the most infamous style of body modification, the fact that it spread from China wasn’t really clear until recently. Historians revealed that in the 13th century China, this practice was a rage amongst the wives and daughters of the ruling nobles, and it gradually found its way to other parts of the world from there.

Foot binding was a process that began early in the childhood, when the feet were bandaged during the growth years in order to break the foot bones, making the sole to meet the toes after bending down, while the toes bend beneath the foot. This cruel practice was in vogue because people felt that small feet were more beautiful. 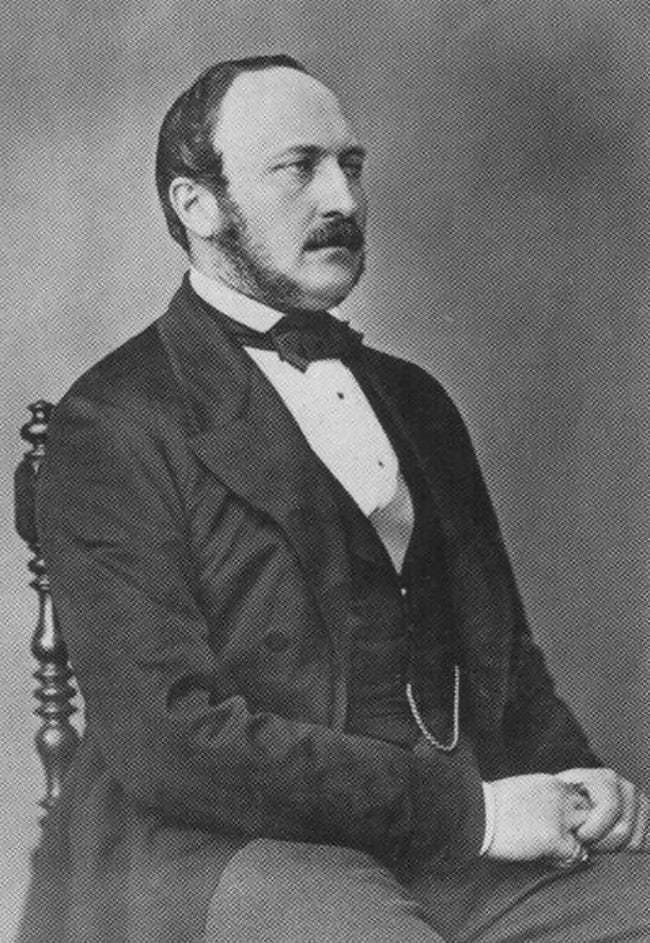 We usually think of the Victorian Era as the era of starched clothes, sophisticated looks, and almost no skin show. Erotic piercing is probably the last thing you’d think of, but guess what – life is all about surprises! During the Victorian Era, women from rich and wealthy households would often get their nipples pierced and then connect them with a chain. Men weren’t left behind in this regard, either! They would get their penis heads pierced, as it was felt that it made wearing the tight pants easier! This was called the “Prince Albert” piercing, as it was widely believed that the prince himself got this piercing done.

Skull Shaping Was An Aesthetic Preference For The Ancient Maya 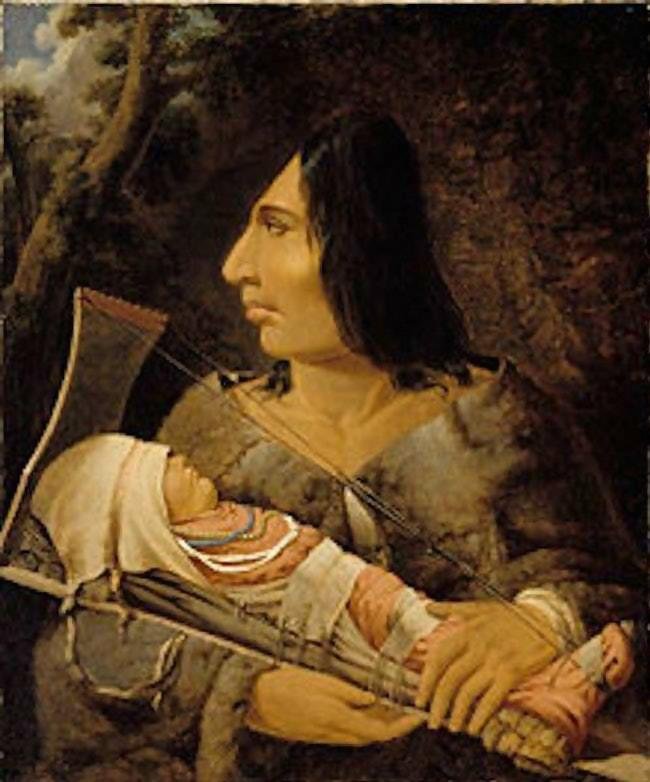 From around 1000 BCE, the ancient Mayans started modifying the design of the skull of their newborns. To do so, the Mayans kept the child’s head bandaged to a hard surface such as board, and along with various implements, forced and modified the very shape of the skull. This was not limited to one particular gender and was not any indication of social relevance, but rather beauty. Later, many other tribes started practicing the same, such as the Huns, the Hawaiians, the Germanic tribes, Incas, the Tahitians and the Chinook tribes in Americas.