Most celebrities these days opt for plastic surgeries in order to enhance their looks. However, despite the best of doctors and treatment methods, getting a plastic surgery doesn’t always work out for the better. In this article, we have compiled a list of such celebrities who got their plastic surgery all wrong. Let’s check it out – 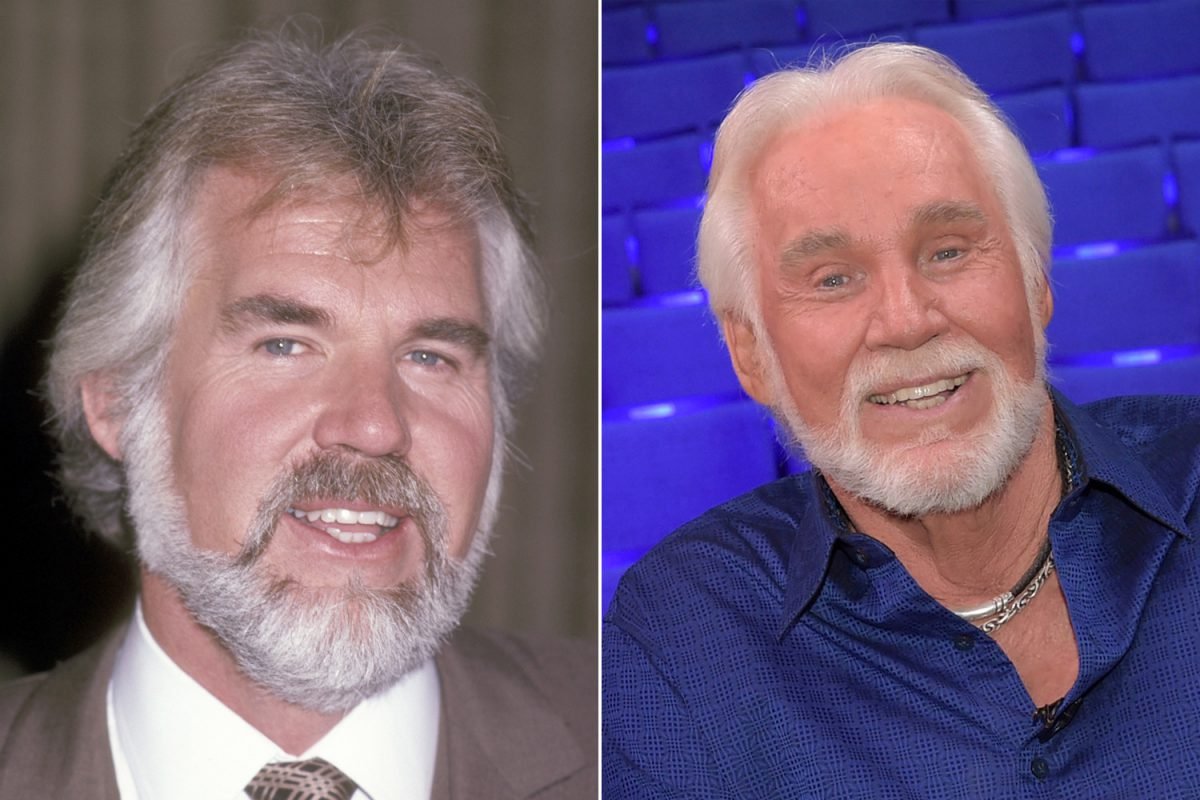 Kenny Rogers decided to gamble with plastic surgery and unfortunately, he lost! This is how the famous plastic surgeon, Dr. Anthony Youn, who writes on celebrities’ surgeries wrote in one of his blogs. The singer, too, admitted that he didn’t feel too good about the eyelid lift that went wrong. “It actually drives me crazy”, said the singer-songwriter in one of his interviews – and we agree. He no longer has the same masculine looking eyelids and the overall face design he used to have in the seventies. 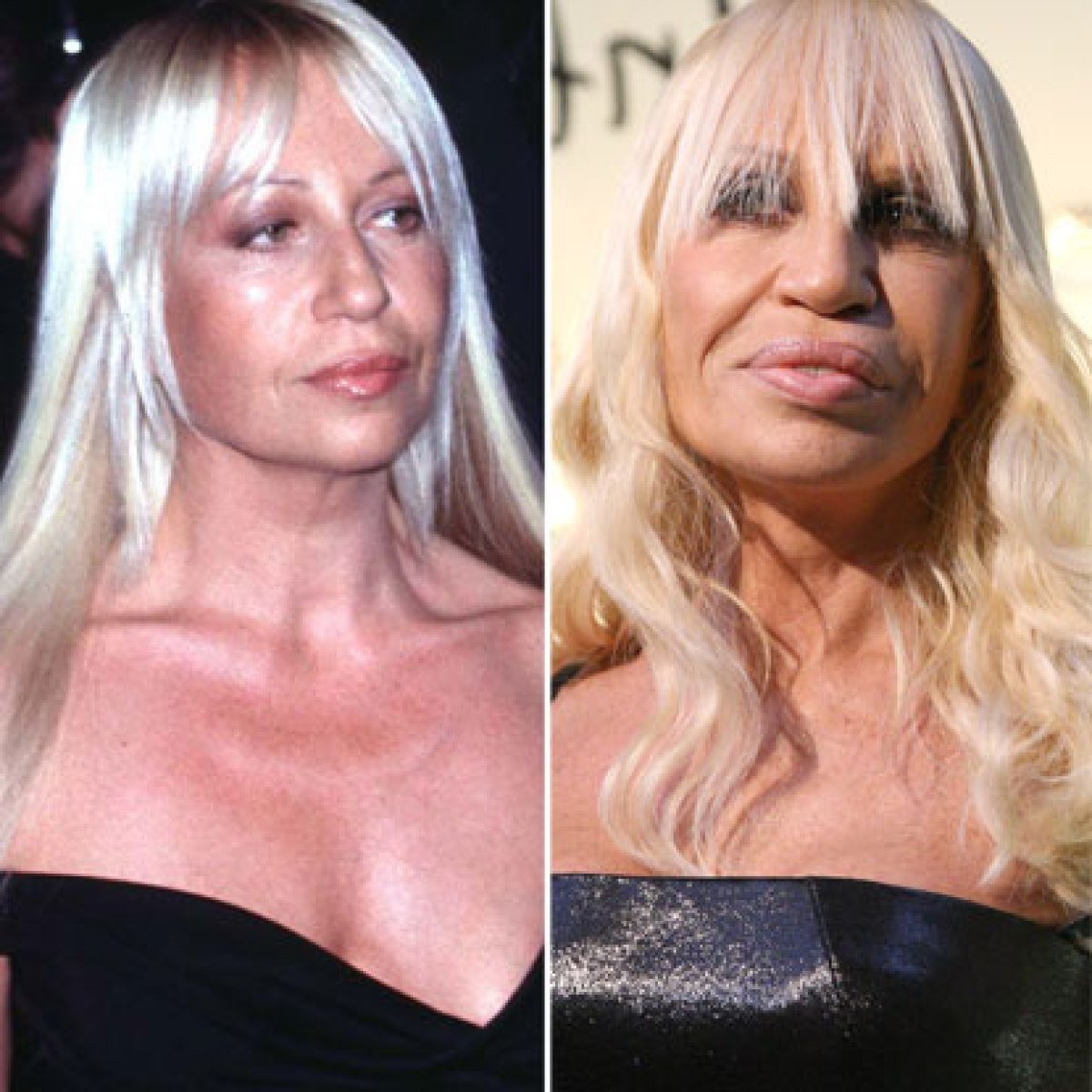 The very first thing anyone would notice about this famous Italian fashion designer is her plump upper lip. According to doctors, natural lower lips are usually about fifty percent bigger than the upper lip. However, In Versace’s case, it is exactly the opposite! “Trout pout” seems to be the apt description. And to make things worse, possibly her numerous laser therapies have made her skin look waxy as well. 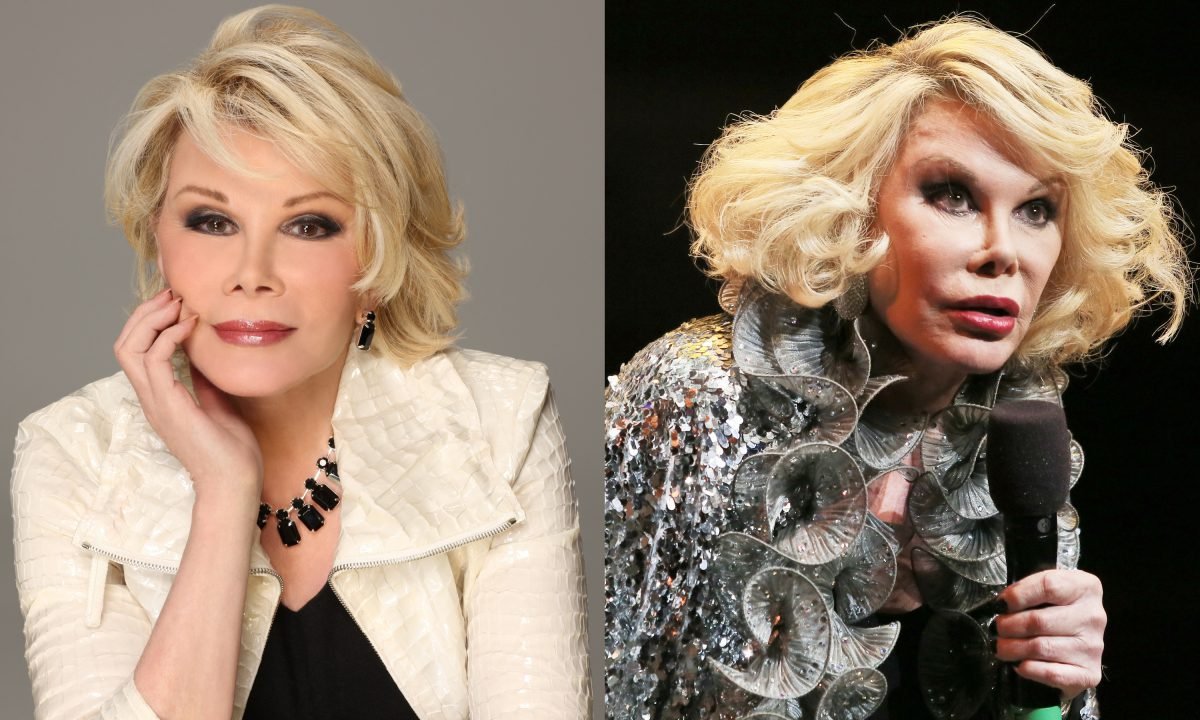 Unlike most celebrities, this American comedian and actor doesn’t shy away from admitting that she has had numerous plastic surgeries, which include a facelift, eyelid lift, and a neck lift! And she has no regrets whatsoever, even though many would agree that it has been a bit “overdone”. Dr. Youn rightly sums up the whole thing when he says that she is a work of art! We couldn’t agree more! 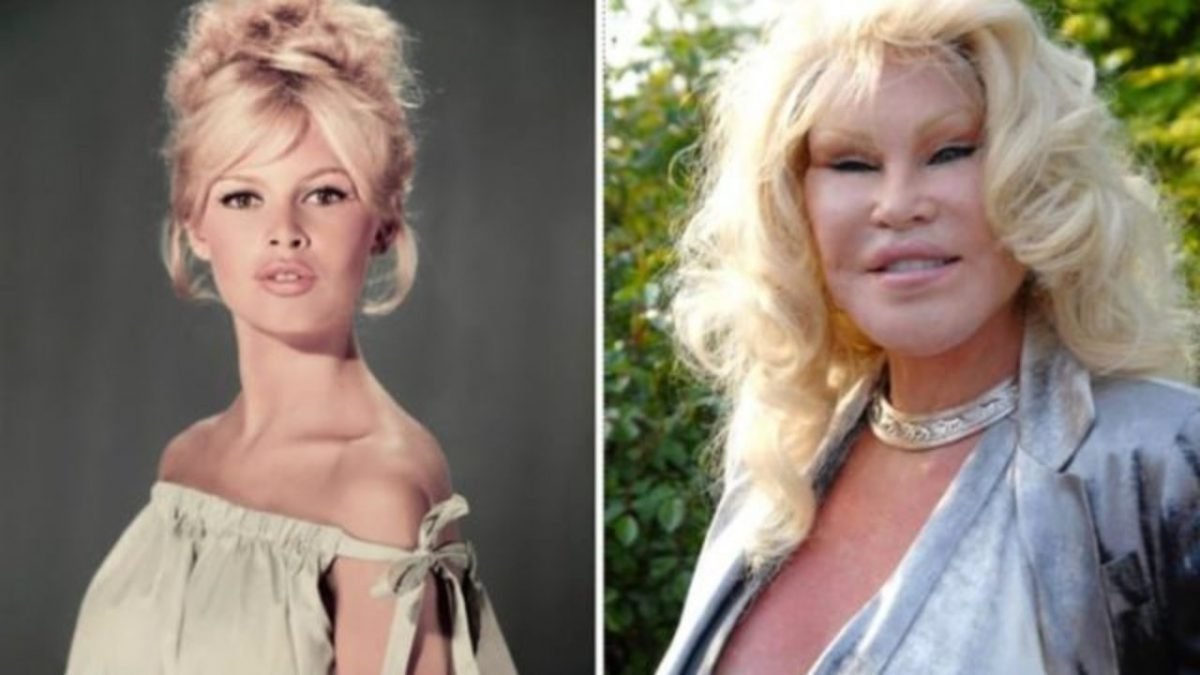 We can safely say that Jocelyn Wildenstein can be regarded as the best example of plastic surgery gone wrong. The “Lion Woman of New York” apparently went through not one or two, but twelve plastic surgeries in order to win back her estranged husband – but to no avail. Some of the possible surgeries she has gone through include a facelift, brow lift, chin augmentation, lip plumping procedures, fat grafting, eyelid surgeries and canthopexy, which is a procedure that is meant to lift your eyes and give it a catlike appearance! 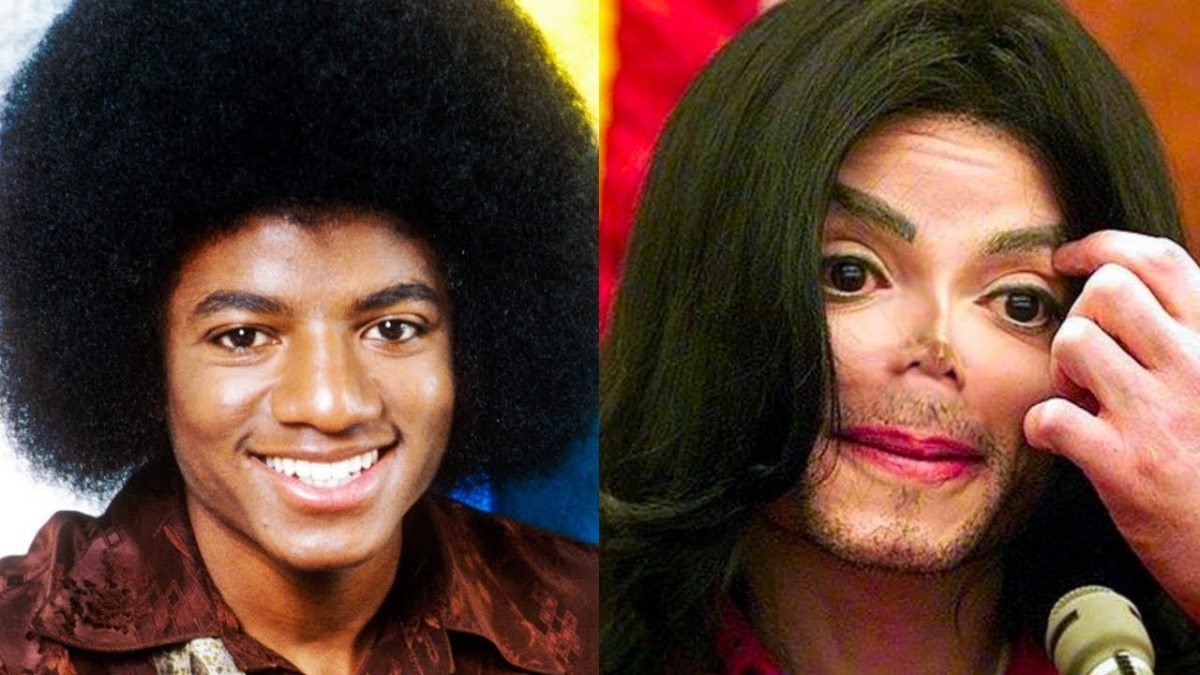 For many, Michael Jackson was only next to God. The superstardom this performer enjoyed was truly historic, but what many people don’t know is that he suffered from a typical case of body dysmorphic disorder (BDD) – a psychiatric condition. A person suffering from BDD cannot see themselves as others do. This causes BDD patients to undergo several plastic surgeries in order to “fix” a defect in their face – one that didn’t actually exist in the first place. This was the reason why Michael Jackson decided to have a whittled-down nose, a lighter skin tone, an artificial cleft in his chin, a lip surgery, apart from many others. 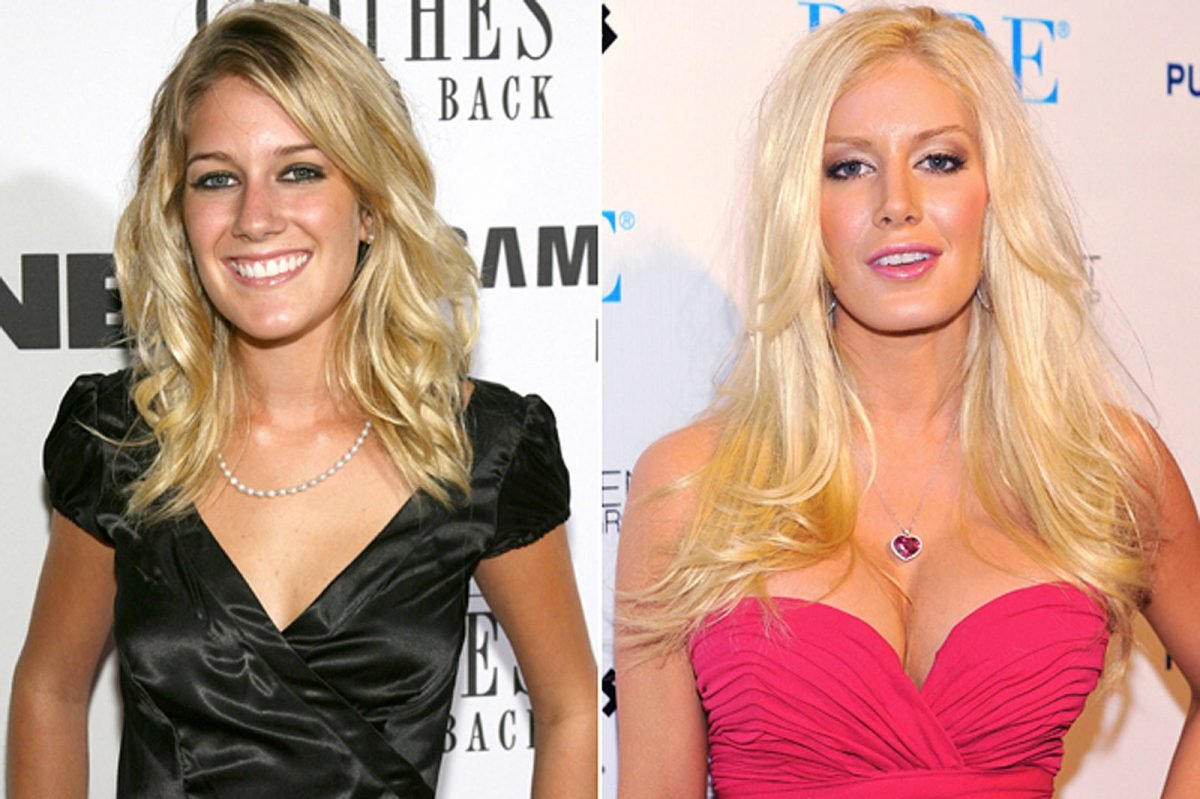 This reality TV star has gone through not one or two, but ten surgeries in a day – and she has admitted so! She had a mini brow lift, a revised nose job, botox treatment for her forehead, fat treatment in her cheeks, fat reduction in neck and chin, ear surgery, a revised breast augmentation, waist reduction, buttock augmentation and liposuction on her hips and thigs – all in one day!

We agree with Dr. Youn when he says that she looks more like a Barbie doll than a real person. Further, he goes on to add that all the surgeries have done nothing, but increased her publicity and given her all the more reasons to go for more surgeries. Montag too admits that it was a mistake, and goes on to add that people who have had car accidents probably have fewer scars on their body than she does on her because of the plastic surgeries. Well, we wish she could understand this a bit sooner! 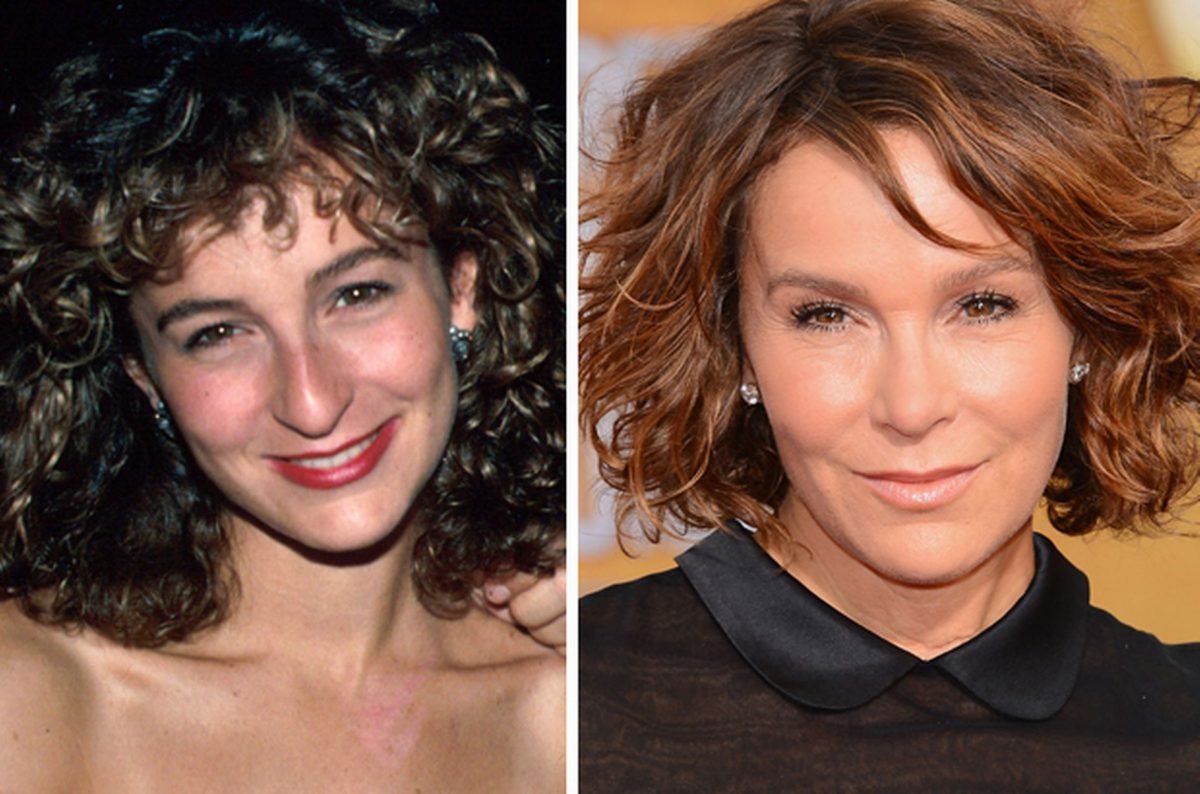 Jennifer Grey can rightly be considered the perfect example of how a simple looking rhinoplasty (nose surgery) can actually make you look quite different from what you used to look before. Dr. Youn agrees with this and goes on to add that her dorsal hump made her appearance quite different than how she looked in “Dirty Dancing.”

In fact, her nose was considered a unique and defining feature of her body, such as Julia Roberts’ lips, or David Letterman’s teeth gaps. However, the nose job had no effect on her TV career as she went on to win “Dancing with the stars”, although she did end up getting almost zero movie roles. 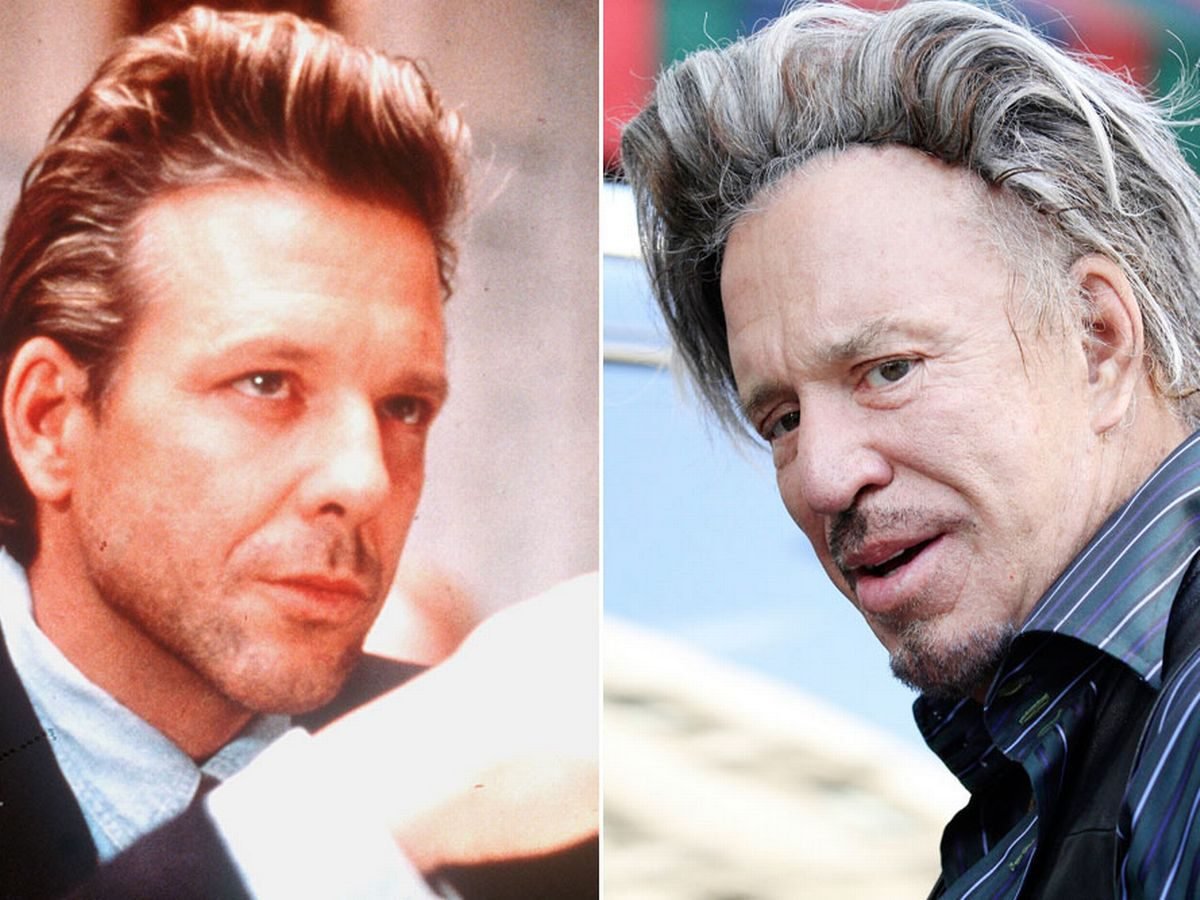 Mickey Rourke, actor, and ex-boxer too decided to go under the knives. He underwent a facelift, as well as an eyelid lift, apart from the hair transplants according to several experts. However, what most would agree is that a poor facelift surgery can end up ruining the sideburns a man has, and this is what happened with Rourke.

The weird curve Rourke has between his ear and his cheek and earlobe are a clear sign of the fact that he underwent a facelift – one that doesn’t exactly make him look better than before, unfortunately!

We couldn’t agree more with Dr. Youn when he says that Carrot Top looks more like a muscly cartoon character than a real person! He apparently has undergone several surgeries over the years, which has made his eyebrows more arched than normal, while the face looks quite waxy – a clear sign of laser or chemical treatments he went through. Thankfully, he left his eyelids as they are. Or who knows – maybe they are next! 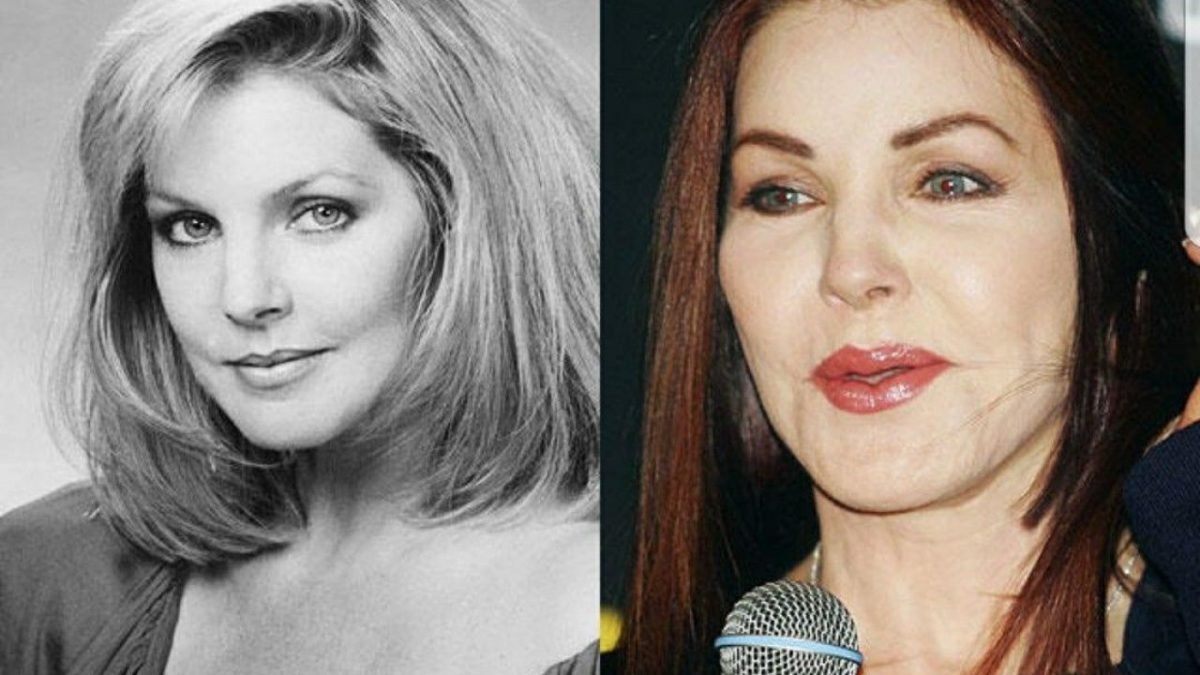 We cannot even imagine how Elvis would react if he saw Priscilla Presley now. Probably he’ll be shocked, to say the least!

A few years ago, Priscilla Presley apparently conceded that she got several silicone injections by some random doctor in her cheeks. Well, that would explain why her face seems so puffy and waxy at the same time! According to Dr. Youn, the waxy nature of her face might be because of an overuse of botox and laser treatments, and their combined use on her face.