28 Biggest Pieces Of Food In The World

If you love anything super-sized, then you are going to love this list. In this list we will cover some truly amazing super foods, but not the kind of superfoods you’d think. These foods are super in that they were created specifically to break the Guinness World Records. They are delectable and range from burgers to even pies.

Of course these foods are massive and have a lot of calories in them so don’t expect these to be healthy at all. 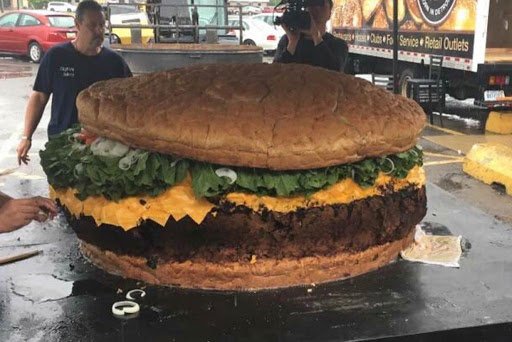 On iconic record holder for the largest hamburger is a burger that was made in July 2011. Juicy’s LLC set this record by creating a burger that weighs in at 777 pounds.

The burger was titled Outlaw Burger and was served at that year’s annual Alameda County Fair in California. The burger in question was 600 pounds of beef tucked between the 110-pound buns. All the other fixings included 12 pounds of pickles, 30 pounds of lettuce and 20 pounds of onions.

For six years, the record was uncontested until a team of Germans overwhelmed the record in July 2017. They created a burger that weighed in at 2,566 pounds, exceeding the previous record holder by three times as much.

Now that is a real whopper! 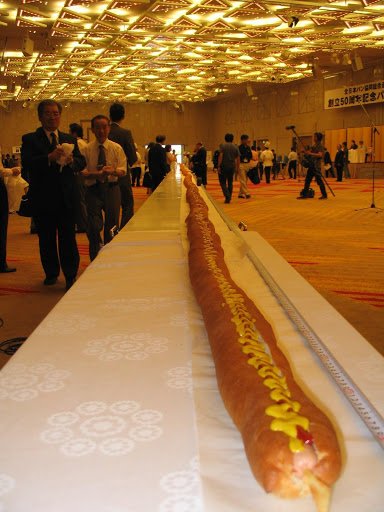 Hot dogs are pretty easy to devour, though maybe not this one. This hot dog is a beast, measuring at 668 feet. According to Guinness, this hot dog was made in Paraguay in 2011 and consisted of 264 pounds of meat. 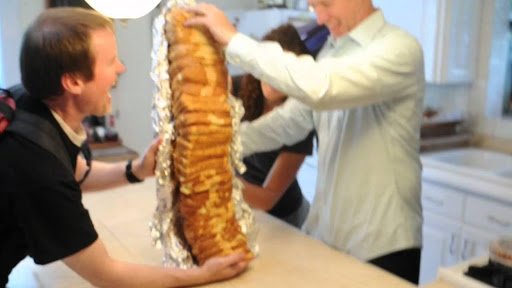 There have been some large sandwiches before, but none as big as this one. As part of a 2005 Saint Patrick’s Day celebration, Wild Woody’s Chill and Grill in Roseville, Michigan created a 5,440 pound beast of a sandwich.

Getting into details: the bread was about 3,500 pounds, paired with about 1,032 pounds of cheese, corned beef, lettuce, and mustard. 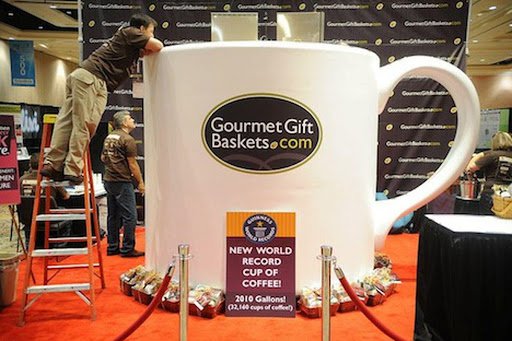 You should never be guilty of drinking a Venti coffee from Starbucks after this if you’re the kind who thinks they’re taking in too much caffeine. A Venti from Starbucks is insignificant to this cup of coffee. The undefeated title holder of a cup of coffee was made from a company in Las Vegas, Nevada on October 2010.

The company, Gourmet Gift Baskets, constructed an 8 by 8 coffee mug to hold what is now considered the world’s largest cup of coffee: exactly 2,010 gallons.

To put it into perspective, that cup of coffee alone is likely more than you’d drink in your entire lifetime. Even if you are addicted to the stuff.

For those who are sticklers for the numbers: 2,010 gallons amounts to about 32,160 regular sized cups of coffee. That means you’ll need to drink about two cups of coffee every day from the moment you turn 18 until you are 80 to match one cup of coffee from this gigantic mug. 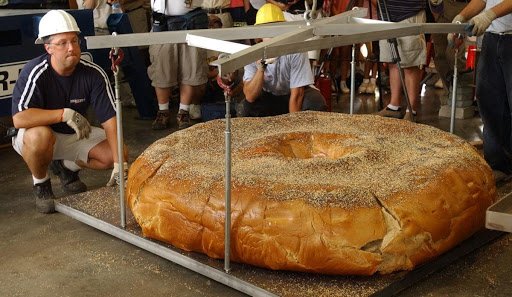 Bruegger’s Bagels is the company behind the world’s largest bagel. They made it in August 2004 and it weighs at 868 pounds. It’s 6 feet wide and 20 inches thick for those curious.