As a warning, reading this list will either make you fatter or make you sick to the stomach. Right out the door we know some foods are outright unhealthy for us, however these same companies have gone a step further. Instead of sticking to purely unhealthy foods they decided to combine their fatty foods with some of the most bizarre foods that you can imagine.

All the items on this list are complete abominations and are for the people who either want to challenge their taste buds in a weird way, have the weirdest appetites around, or are just weird. Worst of all, some of the items on this list happened in recent years! What are these companies thinking?! I have no idea, but here is the list. 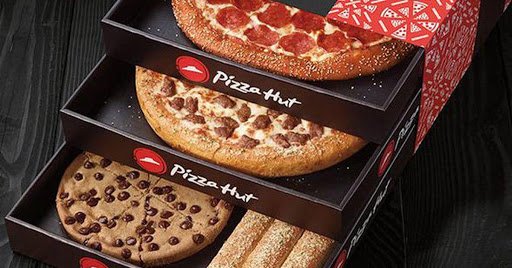 Alright, I’ll be honest with you on this one: this is probably not the most disgusting thing out there. In fact, this is probably the most tame dish on this list. This meal has 2 medium pizzas of your choice along with fries, chicken sticks, and one massive cookie the size of a pizza.

It all seems to be good, but I wouldn’t recommend wrapping all three of these items and eating them together in some weird combination. 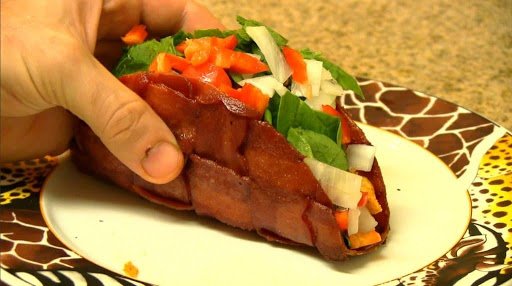 Need I say anything about this dish? Well if you’re a huge fan of bacon you’ll definitely like this one. Stuffed with bacon, sour cream, tomatoes and cheese, this taco is entirely made of bacon. Honestly you could probably stomach this one, but I’m sure your body will not like it afterwards. 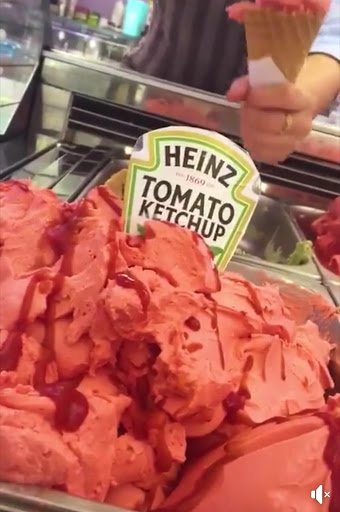 Remember the time Heinz – the company behind making ketchup, mind you, – decided to make ice cream? It all started when an Irish ice cream shop named Gelati decided to create an ice cream flavour to honour Ed Sheeran in May 2018. Apparently Sheeran was a large fan of ketchup, so Heinz decided to roll out the Heinz Ketchup flavoured ice cream.

Peanut butter and jelly is a delightful combination. But what about peanut butter and hamburger? Well that’s what Canadian burger restaurant The Works Kanata thought of and figured it to be a good idea. On October 2015, the company released a new burger: a Reese’s-stuffed artery clogging burger just in time for Halloween.

Problem is there is nothing scary about this at all. Along with the patty that’s stuffed with peanut butter, it’s topped with onion strings, smoked bacon and crushed peanut butter cups. 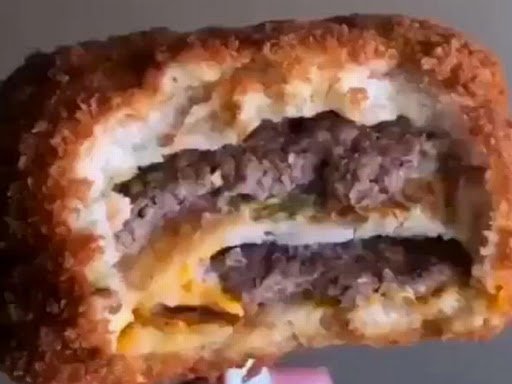 The legendary Big Mac is one of America’s iconic foods. Along with that, deep frying anything is one go-to activity Americans do with their food. As such it was only a matter of time until someone had the crazy idea to see what would happen when you deep fry a Big Mac.

Fortunately, McDonalds wasn’t behind this act, but someone on Instagram certainly is. User @peepmysneaks took a picture of this interesting dish and even explained to other people how to make it.