With so many fakeries being revealed in the news, it’s common for people to be skeptical when it comes to any celebrity news. Alongside this, conspiracy theories are on the rise and they almost always center around celebrities that we know and love – or love to hate. But some of them range from ridiculous to absolutely absurd; celebrities who have faked their death, celebrities who have faked the birth of their children etc. But what evidence do people provide to back this up? Keep reading to find out! 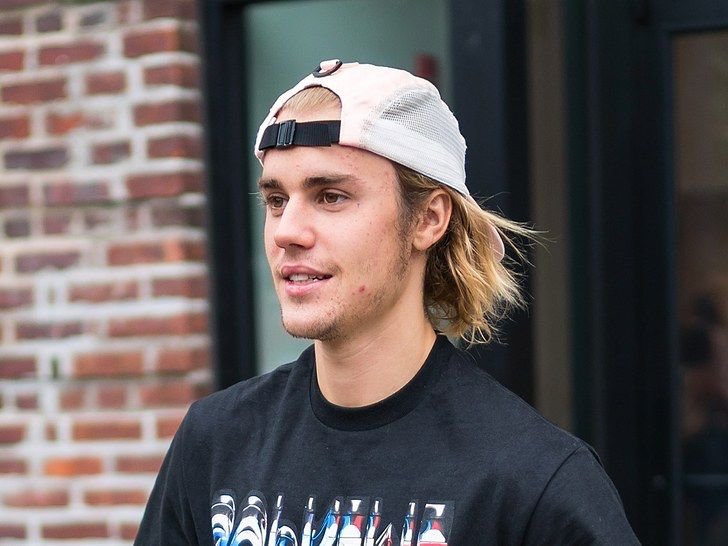 Justin Bieber has been in trouble with the law on a few occasions for varying different crimes – but one one courtroom date in Miami, a court reporter found something they didn’t expect. On the footage, it revealed Bieber’s eyes transforming from human eyes into reptilian eyes. David Icke, a popular conspiracy theorist says that this is quite possibly so as there are many reptilian humanoids across the globe. He states that they can shape shift and are planting themselves in communities so that they can take over the human race. Other celebrities that people believe to be reptilian are Mitt Romney and Dick Cheney. 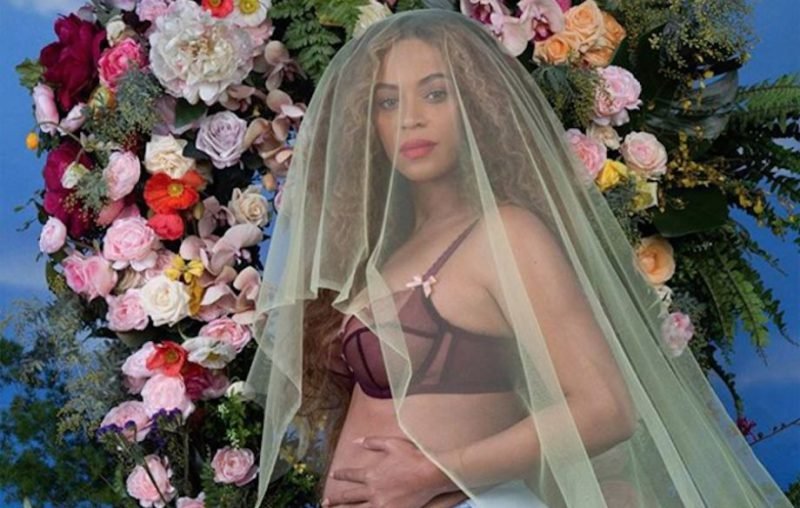 Beyonce is at the center of many a conspiracy theory. However, the main is that Beyonce was never actually pregnant and was using a surrogate. During a live television interview, the ‘baby bump’ seemed to fold in half as she sat down. It was clear that it wasn’t the fabric of her dress so set many people off believing that she was faking the pregnancy. The Queen of Pop didn’t help herself as she ensured that there was increased security during her labor – so much so that she had the entire ward to herself. Or possibly, her surrogate.

3. Lorde is much older than she looks 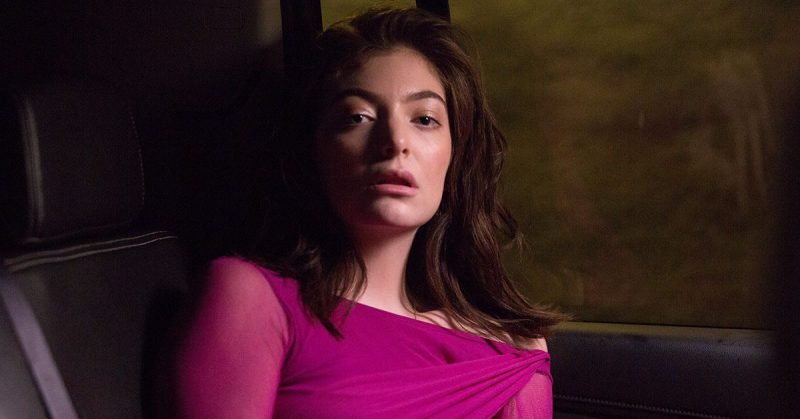 Lorde has been on the scene since 2013 and due to her mature way of speaking and acting, it rose the idea that she wasn’t actually a teenager as she was portraying herself to be. People believed that she wasn’t that age at all and was closer to mid 40’s. Lorde (who is actually called Ella Marija Lani Yelich-Connor) responded by posting her birth certificate online to show that she was in fact born in 1996. But it didn’t convince everyone.

4. Suri Cruise is from another planet 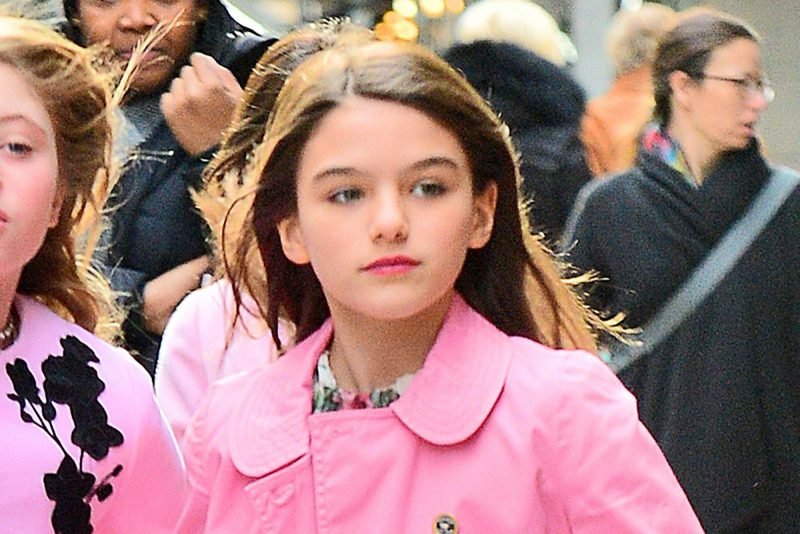 Similar to Beyonce, the Cruise family are constantly talked about regarding conspiracy theories. These range from the fact that she isn’t a Cruise at all and her parents aren’t Tom Cruise or Katie Holmes to the idea that she is a reincarnation of L.Ron Hubbard. However, a new one that has crept out of the woodwork with some evidence is that she is indeed an alien from another planet. So what is the evidence? She was born with a full head of hair and is the daughter of a renowned Scientologist. Hmm… 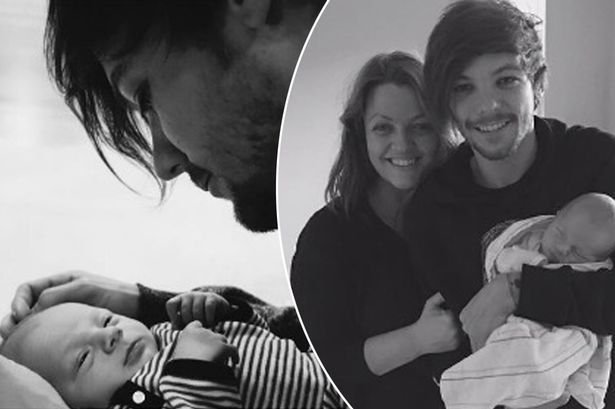 One Direction took the world – specifically the teenage world – by storm and unveiled an intense circle of fans. However, the worst thing that one of these boys could do is get a girl pregnant. When Louis Tomlinson fathered a child with model Briana Jungwirth, many people believed that the baby ( named Freddie ) was actually a publicity stunt and that there was no baby at all. This was because many people claimed that the photos posted on Tomlinson’s social media were photoshopped and stolen from Youtube bloggers. However, this has been disproved as the couple ended up fighting for custody which proved to be very expensive – quite a leap to take for a publicity stunt! 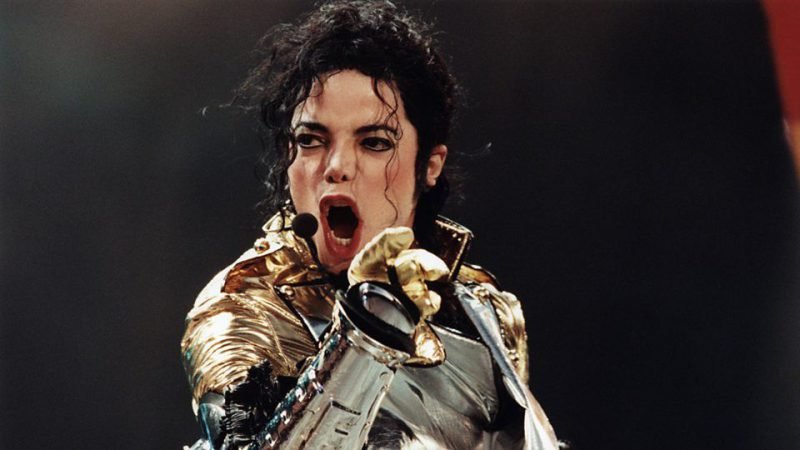 Out of the many books and articles written about Michael Jackson, there was one by a French doctor which stated that the King of Pop was coerced into taking acne medication from a young age. However, because of this, the medication delayed and therefore prevented him ever entering into puberty. This would be why Michael Jackson always had his iconic high voice and why he was so skinny. 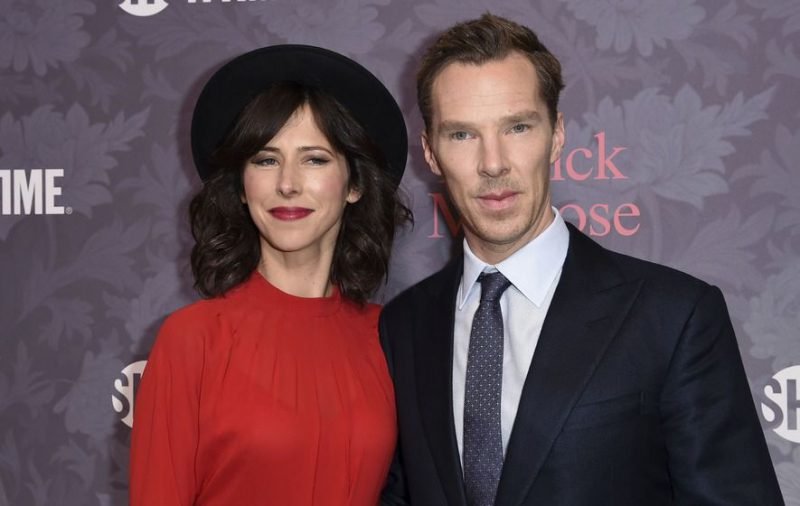 Similarly to the beloved One Direction, Benedict Cumberbatch’s fans are also rather… intense to say the least. So when Sophie Hunter revealed that she was pregnant with the actors baby, the fans or ‘Cumberbitches’ had lots to say about it. They believed that she wasn’t pregnant at all or was and was blackmailing him into marrying her. Despite their protests, the couple married anyway. They were also disproved in their theory as the pair now have two baby boys.

8. Richard Simmons is a prisoner in his own home 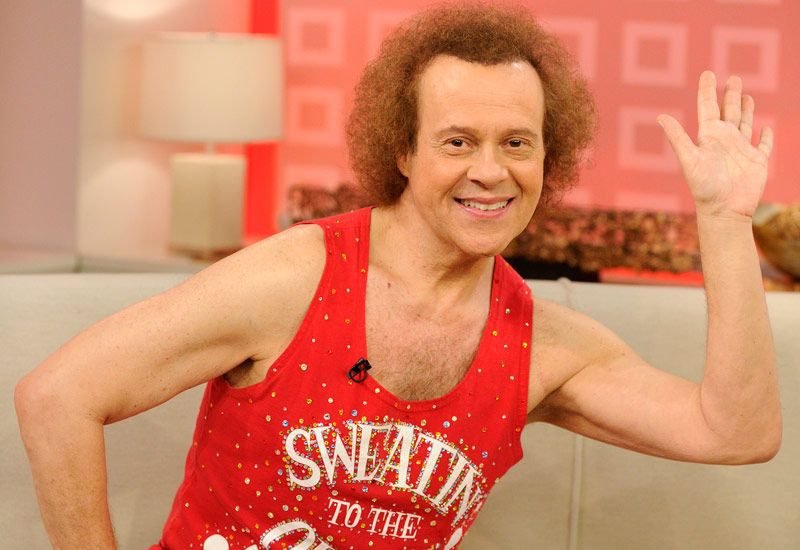 Fitness fanatic and star Richard Simmons was last seen in the public eye in 2014. This brought concern to his family and friends to the point where they called the police and asked them to check. Their concern stemmed from the fact they believed the housekeeper who had been working with Richard for a long time was abusing Simmons. However, Simmons declared on a radio station that this wasn’t the case and he wasn’t being held hostage and was tired of the fame, merely taking a well-deserved rest. 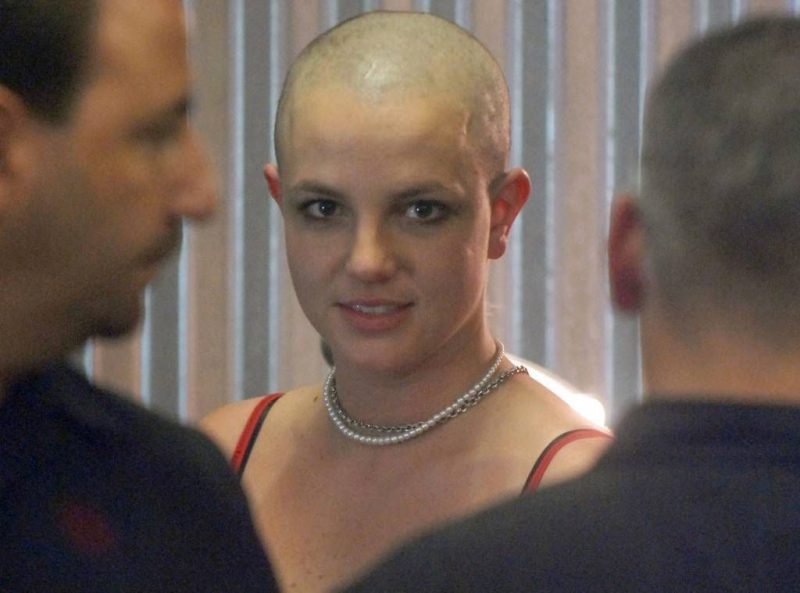 Everyone remembers the epic meltdown the popstar had in 2007. Following the breakdown of her marriage, she shaved her head and smacked a car with an umbrella. However, it has now been suggested that it was actually planned by George W. Bush. He had upset many people across the world and wanted to keep the media’s attention off of him – so, enter Britney Spears having the biggest meltdown anyone had seen in a long while. It’s possible! 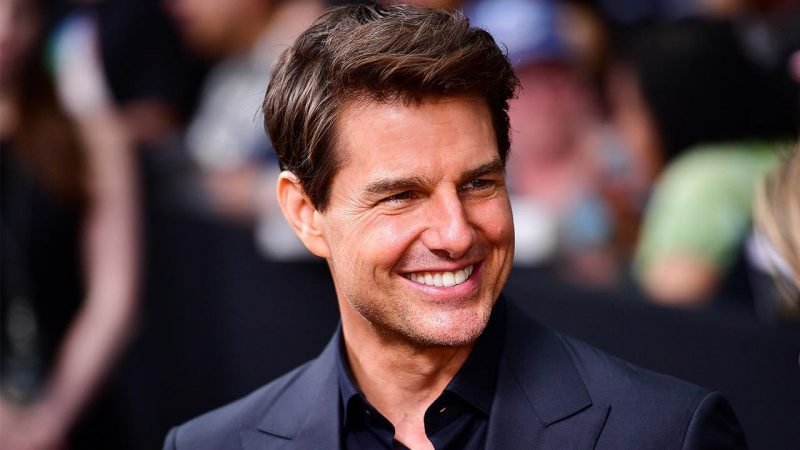 Yes, another Cruise Conspiracy. Many guess that the scientologist’s love interests have been under some sort of contract to be with him. Furthermore, it’s believed that they had to audition to both his managers, his agents, himself and other scientologists before they got the job!

11. Miley Cyrus died in 2010 and was replaced by someone else 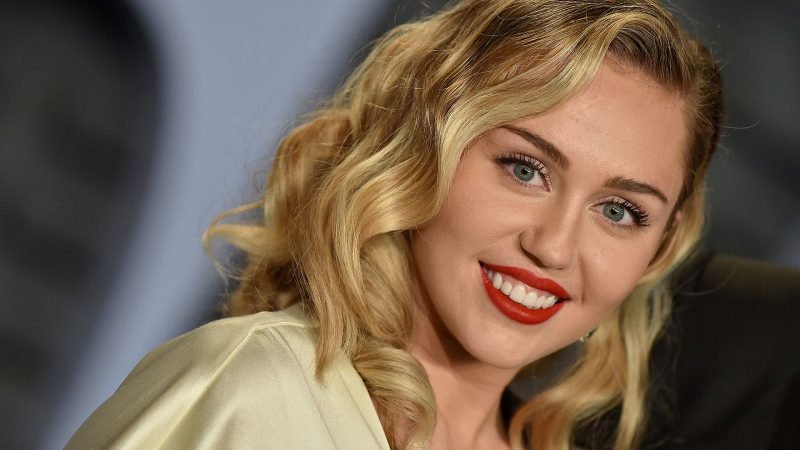 Similarly to Britney Spears, everyone remembers the drastic change of the American sweetheart Miley Cyrus to the one that we know now who goes around twerking and dancing naked on wrecking balls. People believe that in 2010, she was murdered and found in the desert. However, Disney didn’t want to reveal this so they replaced her with an actress who had plastic surgery to look like Miley. People say that their proof of this is that her chin is more pointed than it was before she ‘died’. 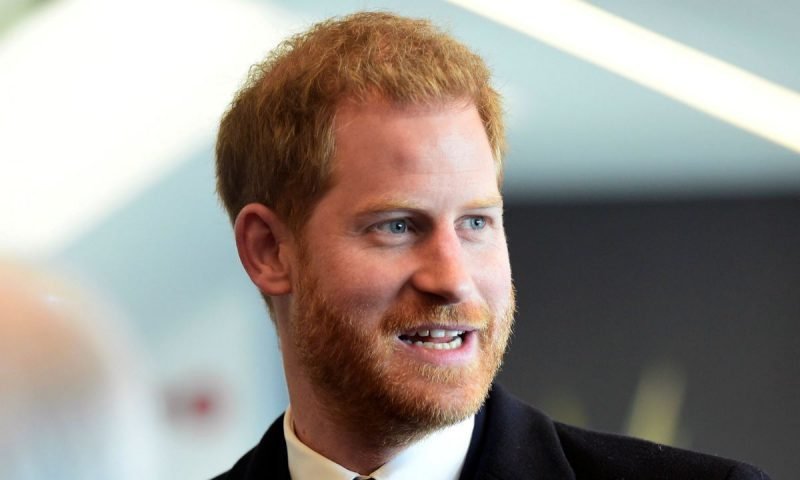 This is a conspiracy theory that has been bouncing around for a long time. A few years ago, James Hewitt who was a cavalry soldier revealed that he had been in an adulterous relationship with the late Princess Diana from 1986 to 1991. Following this, everyone began to suggest that Prince Harry was James Hewitt’s son as they look very much alike. However, Prince Harry was born in 1984 which is before the supposed affair – James could be lying about the timings, though!

13. JLaw faked her fall at the Oscars 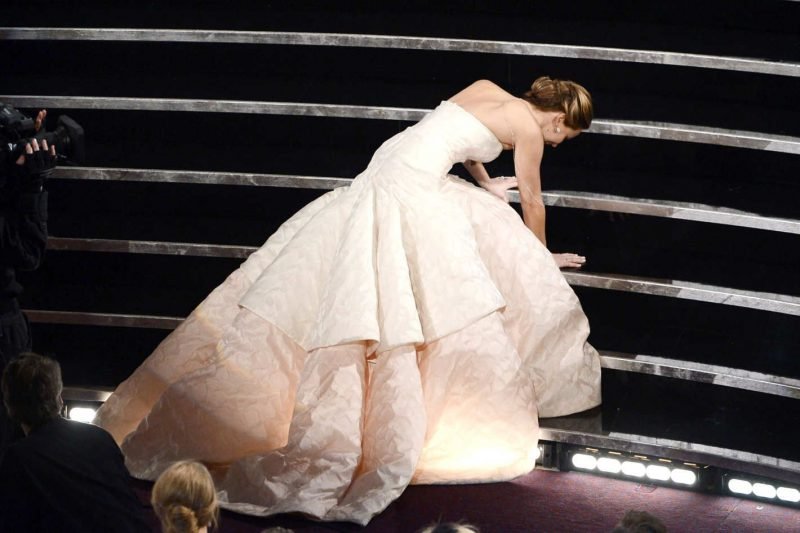 Jennifer Lawrence has always been known as the clumsy, relatable girl who always makes a loveable fool out of herself. However, when she fell over when accepting her Oscar for Best Actress in 2013, many believed that the fall was staged. They thought that this was the case so she could maintain her reputation of happy-go-lucky clumsy gal. However, the actress fell over again at the Academy Awards in 2014 and said that there was no way that she would do it twice for attention. Well…

14. Paul McCartney died and was replaced with an actor 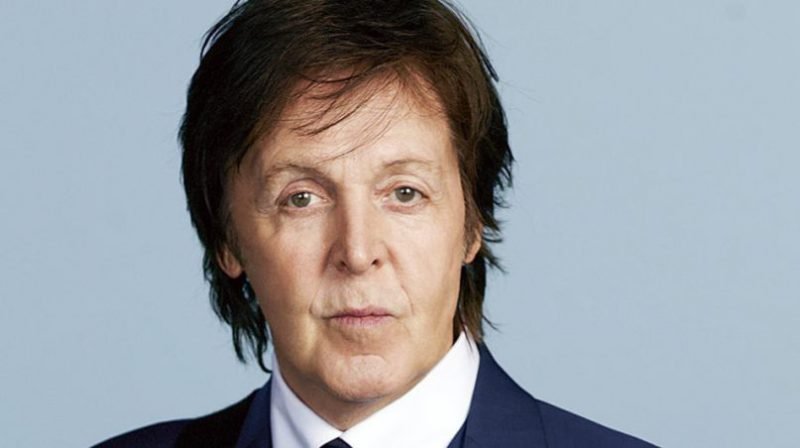 This is a very similar theory to Miley Cyrus but it is a lot older. Many believed that Paul McCartney died when the Beatles were at their height and couldn’t risk losing a valued member of the band. So, he was replaced. Who is this replacement? An orphan who won the Paul McCartney lookalike competition. No matter what the case is, their talent seems to be exactly the same.

15. Eminem has been replaced 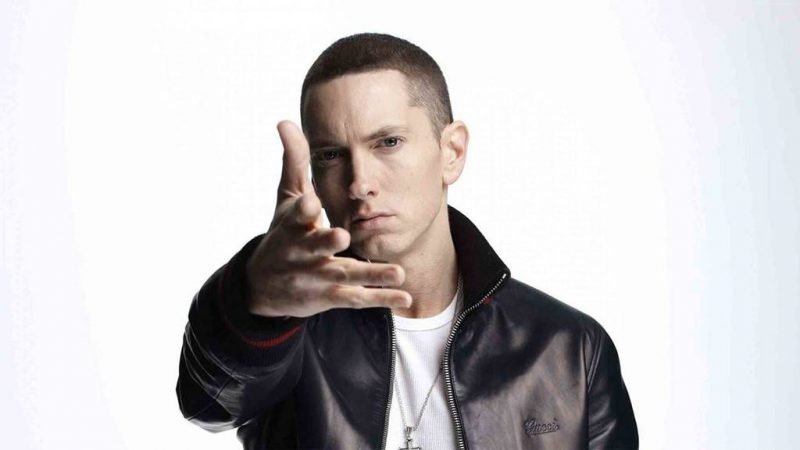 One last celebrity replacement theory to leave you with. When Eminem first stepped onto the rap scene, he sparked a lot of controversy within the community. His lyrics offended everyone with their sexist, homophobic and racist language. However, the rapper began to change everything. People don’t believe that this is due to him maturing, however; no, they believe that he has been killed by the Illuminati and replaced with a more ‘politically correct’ version of him. Yikes.