Taking Credit When It’s Due 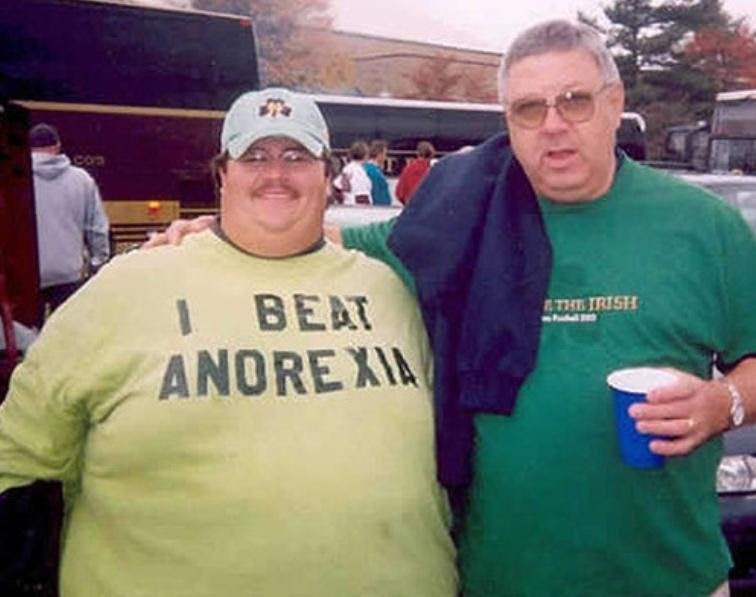 It’s definitely a struggle to defeat anorexia, so kudos to that guy for tackling an eating disorder.

However, it seems like in the process he found a new one: obesity. We’re doubting that this gentleman ever had anorexia in the first place and this is more out of humor to build confidence than anything else.

We Guess It Worked 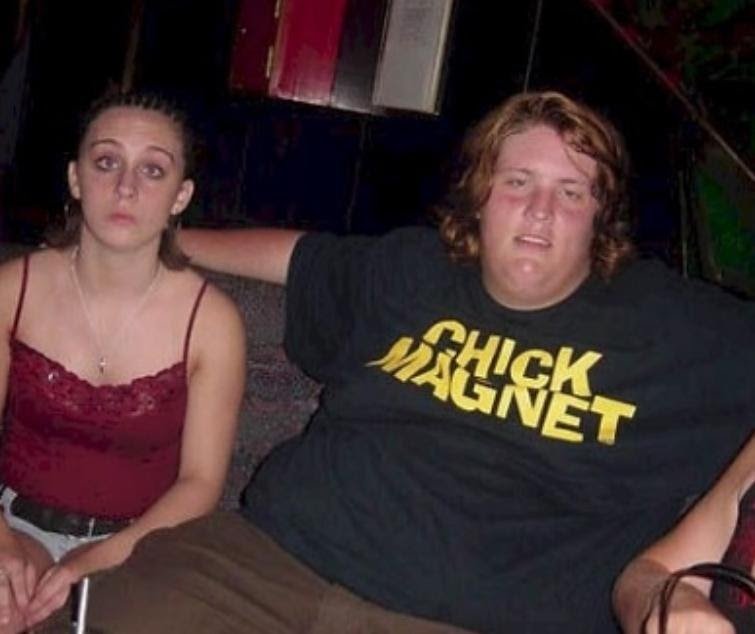 Subliminal messaging is a wonderful thing. We bet it even played into the last product you got. This one isn’t exactly subtle, but it works nonetheless.

Bet The Boyfriend Loves This One 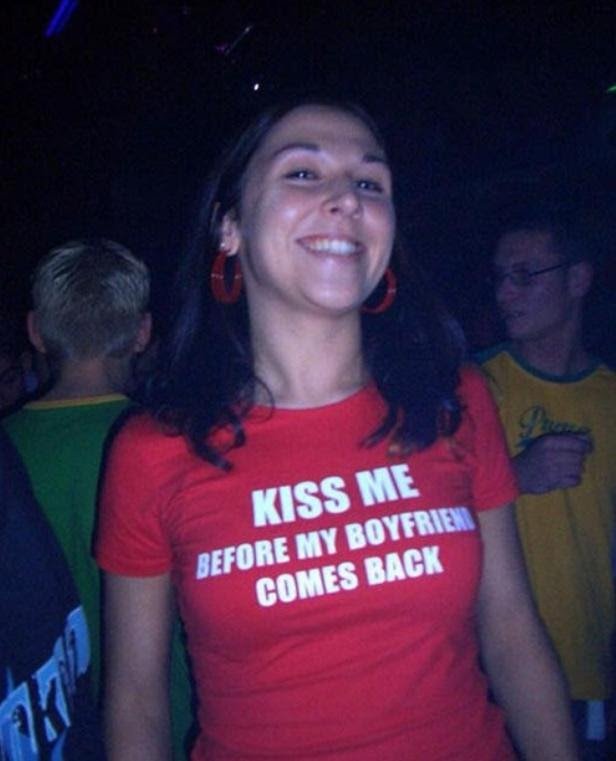 Bet her boyfriend loves this one whenever she sports this when going out. He no doubt adores it so much he never wants to leave her side.

How Does One… Do That? 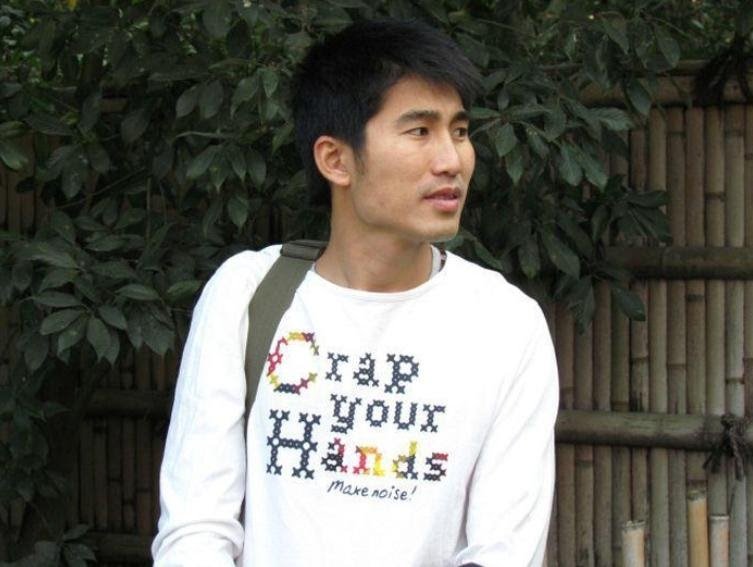 Pretty sure it meant ‘clap’ in this case. Linguistic differences between countries is a wonderful thing.

So Close And Yet So Far 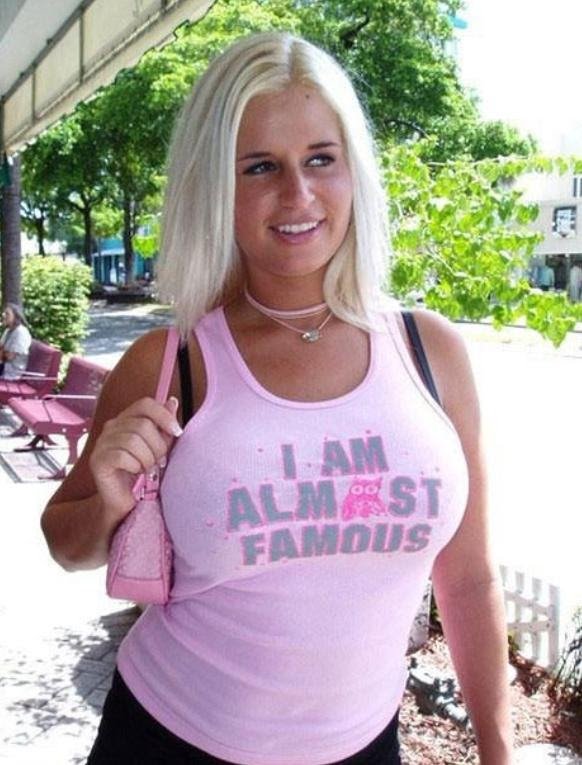 That sentiment embodies this shirt.

Let’s Hope The Wi-Fi Is Cut Off 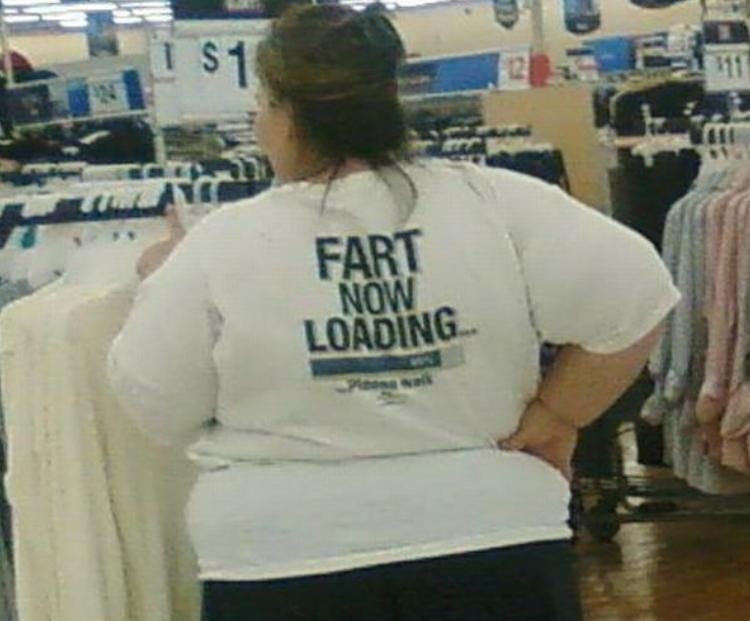 It’s nearly there. Quick! Someone pull the plug of the router!

What Did She Say? 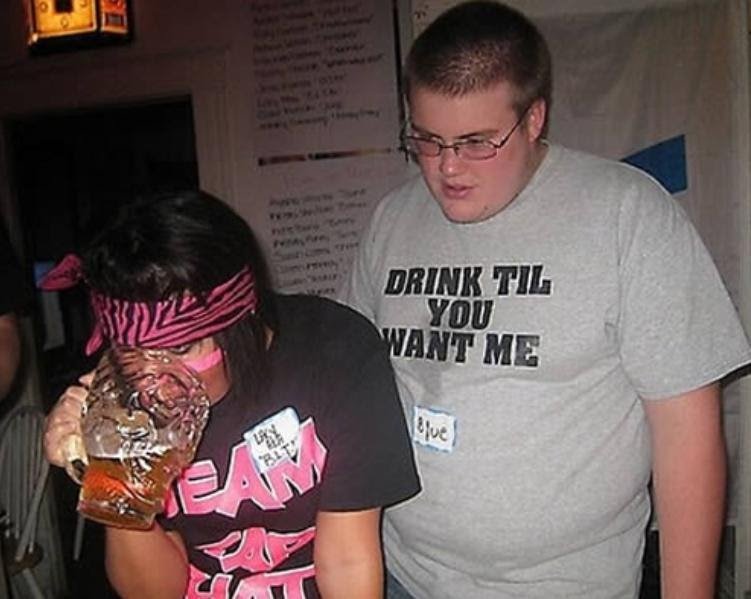 His shirt is as blunt as it can get, though to be honest, we’d like to know more about what hers says. Nevertheless, it seems like the top is working effectively, since the lady is following that advice. 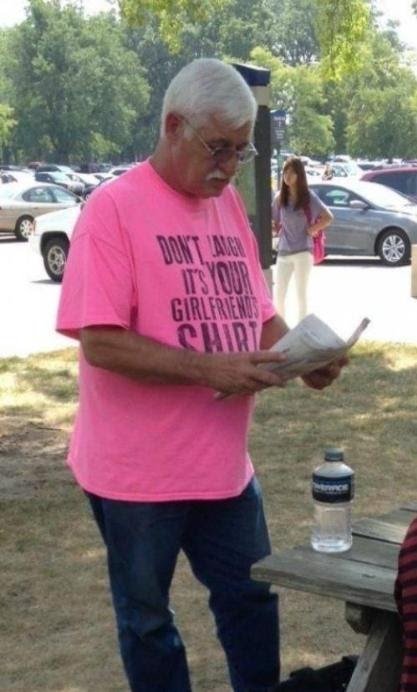 Pretty savage and funny for someone to wear this shirt, but the fact this man is much older is brutal. 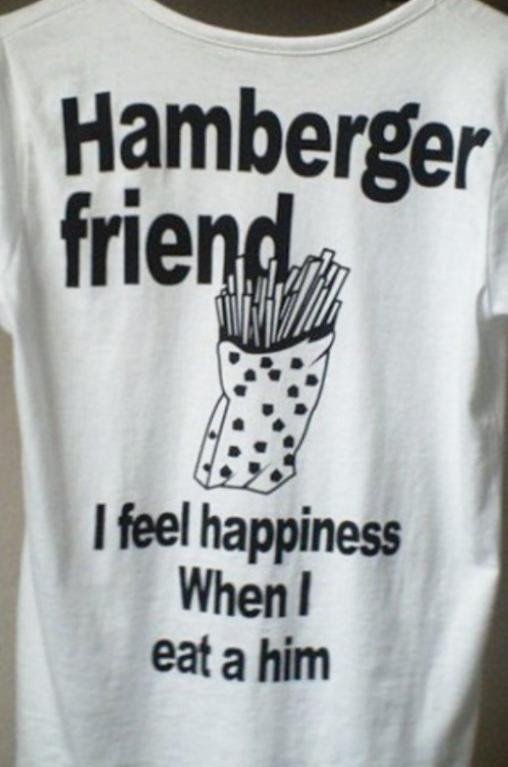 It feels pretty good to fall in love with food, but it apparently it makes us feel dumb too. So much so that we mistake fries for hamburgers.

Tells You Straight Up 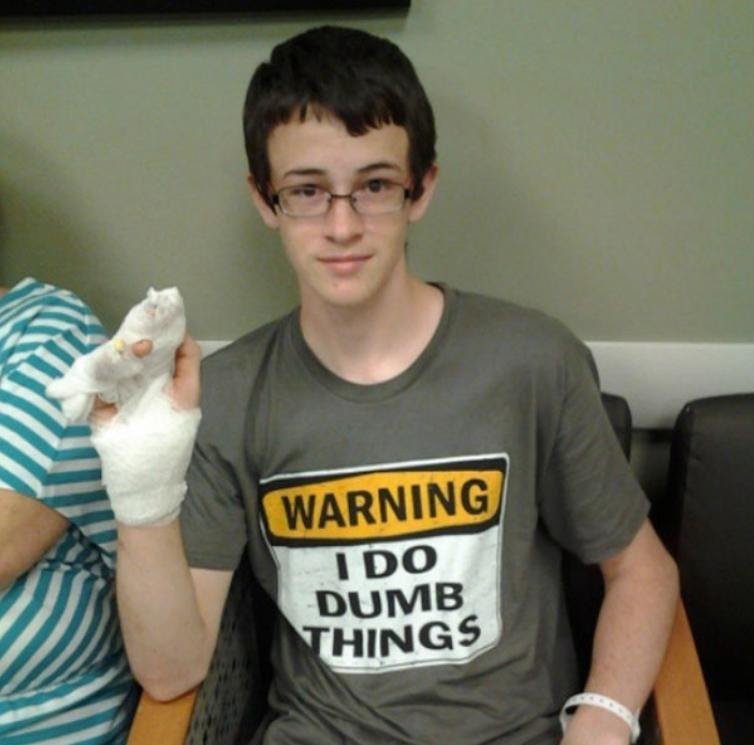 Oh the irony of it all. At least the guy is proud of the things that he does.