Allison Stokke is a name that you would have heard multiple times if you have an interest in pole vaulting. She is quite a popular sportsperson, who initially got fame for all the wrong reasons.

When Allison was on the verge of breaking out as a leading pole vault talent in the United States, something shocking happened. A person captured a photograph of her while she was in the middle of a pole vault competition, and that changed her life completely. Back then, Allison was just a teenager who became an overnight sensation, for all the wrong reasons. 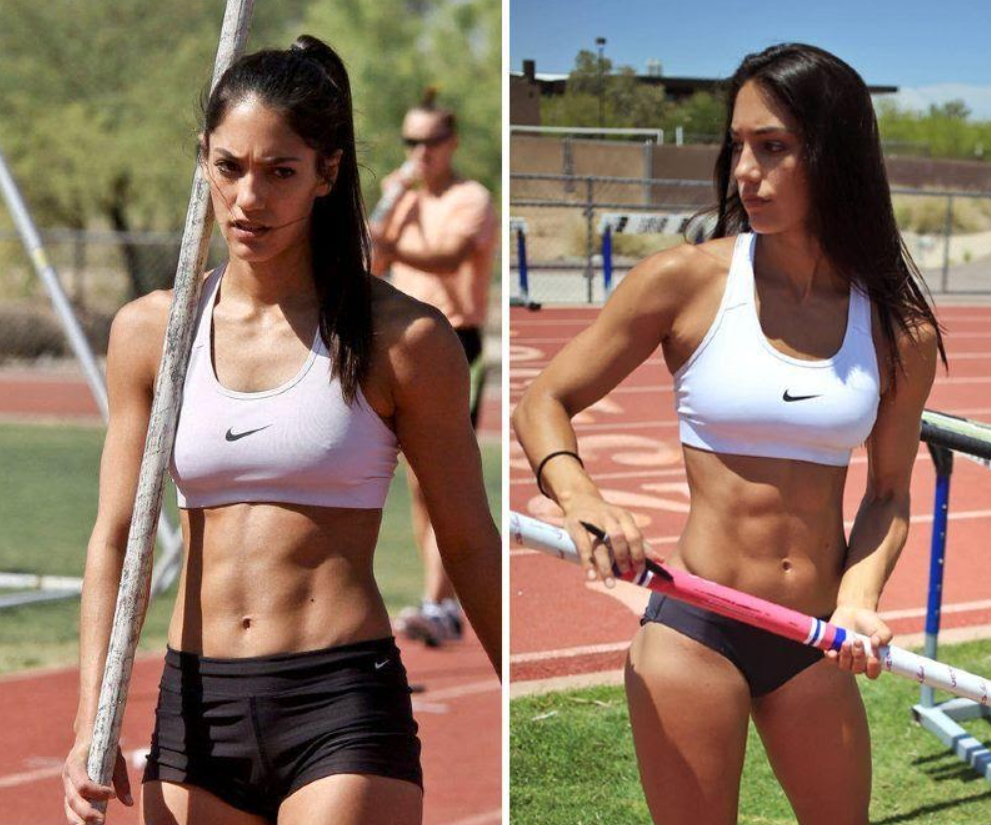 The budding pole-vaulting star was devoured by interweb stardom, and the worst part was that it wasn’t due to her sporting abilities. Obviously, she couldn’t figure out how to deal with such a scenario, and the same was the case with her parents. In short, this one photograph changed this girl’s life completely.

Just A Usual Athlete Aiming To Be The Best

Allison Stokke had quite a normal life as a teenager, with the only possible difference being that she was trying her best to make a career in sports and wanted to be the best at her sport.

Despite her aim, she had a normal lifestyle and followed the same routine as other sportspersons of her age – trying their best to get better at the sport they are pursuing. 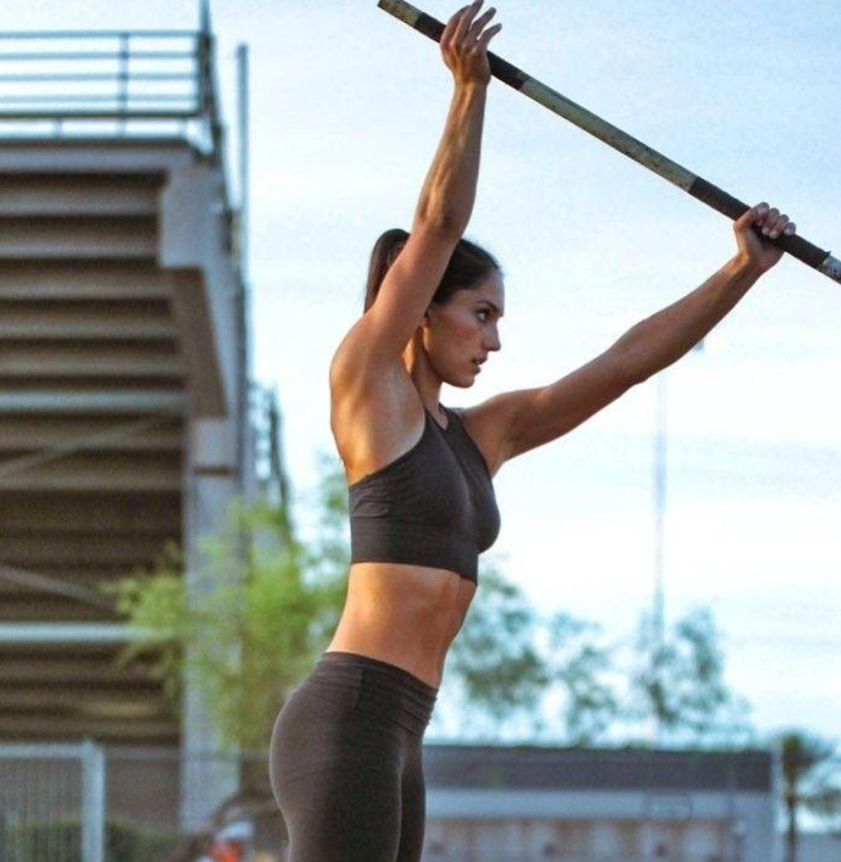 It can be termed a harsh lifestyle, but it wasn’t a challenge for Allison, who enjoyed every single moment. In fact, she was already on her way to achieving more success, with 2008 being the year when she broke quite a few records. However, it was the controversial photograph that made her become a worldwide sensation overnight. And it had nothing to do with her skills as a pole vaulter!

Allison was lucky to be born to parents who were athletes themselves. While a lot of kids are not sure what their calling in life is because of their young age, Allison was very determined about her goals right from the start. She was lucky enough to experience different sports right from when she was a little kid and found interest in sports as a little girl.

She spent time trying gymnastics with her brother, who was a budding gymnast who took part in worldwide competitions. Initially, she was attracted to the world of gymnastics too but soon figured out that it was not meant for her. 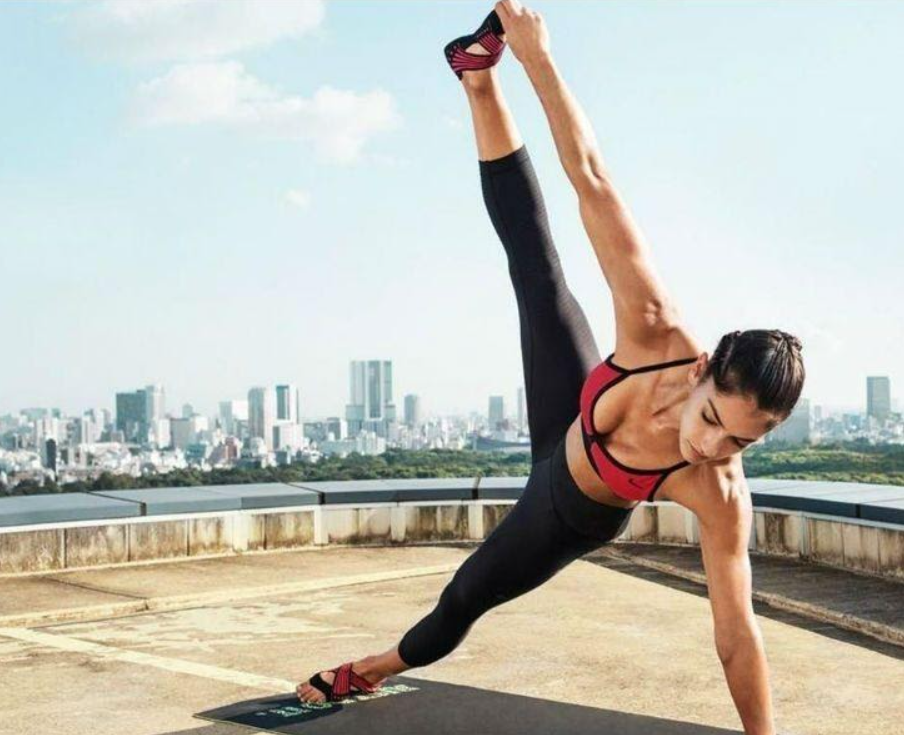 She was sure that she would like to be into the sport, but couldn’t quite figure out which one would suit her skills best. This is when she tried a number of sports and experimented with them, seeing what interests her the most.

Allison soon found a sport that interested her the most, as she picked a pole and ran with it, knowing quite well that it was going to be her life’s calling. She felt a sort of freedom when she sprinted towards the pole bar – it almost felt like flying to her!

She soon came to the conclusion that if she tried hard enough, she could have a great career in this sport, and decided to give every ounce of sweat to pole vaulting. Almost instantly, her efforts began to show results. 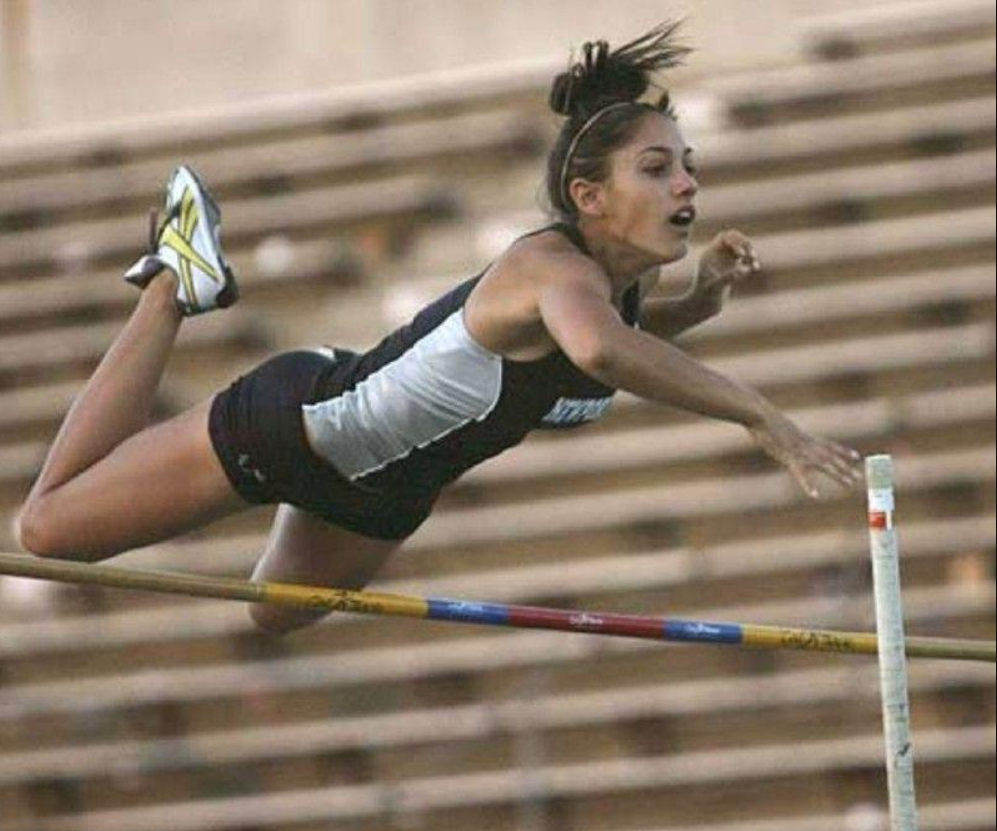 Thanks to her well-built physique and constant hard work and born talent, she was soon the winner of the US title. She was not just the youngest of pole vaulters in the US to do so, but also in the entire world. Imagine reaching the levels of a pro athlete at just fifteen – she broke records at an age when most people cannot even figure out what they want in life.

Allison just began her career as a pole vaulter and spent a lot of time getting ready for big competitions. Similar to her brother, the young girl started loving a hard training regimen that would prepare her for success.

However, things were not about to go down well for her, as she ended up with a broken leg just as her career as a pole vaulter was about to take off. The experience left the girl devastated! 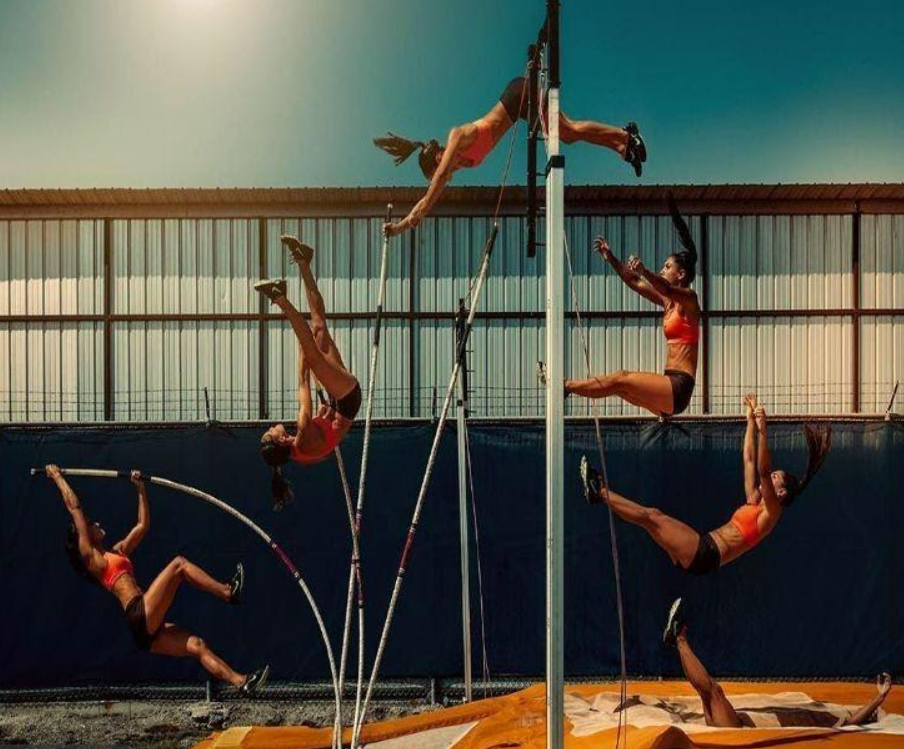 It was just some time ago that she began her full-fledged training as a pole vaulter, and was making progress every week. It felt like nothing could really stop her progress, and then this unfortunate incident happened. This fracture left the girl distraught, and it was the toughest challenge she had faced so far in her life.

Could She Make A Comeback?

A teenager’s body is flexible and can easily recover from a fracture, but pole vaulting is a difficult sport and even a minor injury can’t end a career. However, Allison and her doctors focused on the treatment of her fractured leg and took every precaution, giving her plenty of time to rest and let the fracture heal with time. 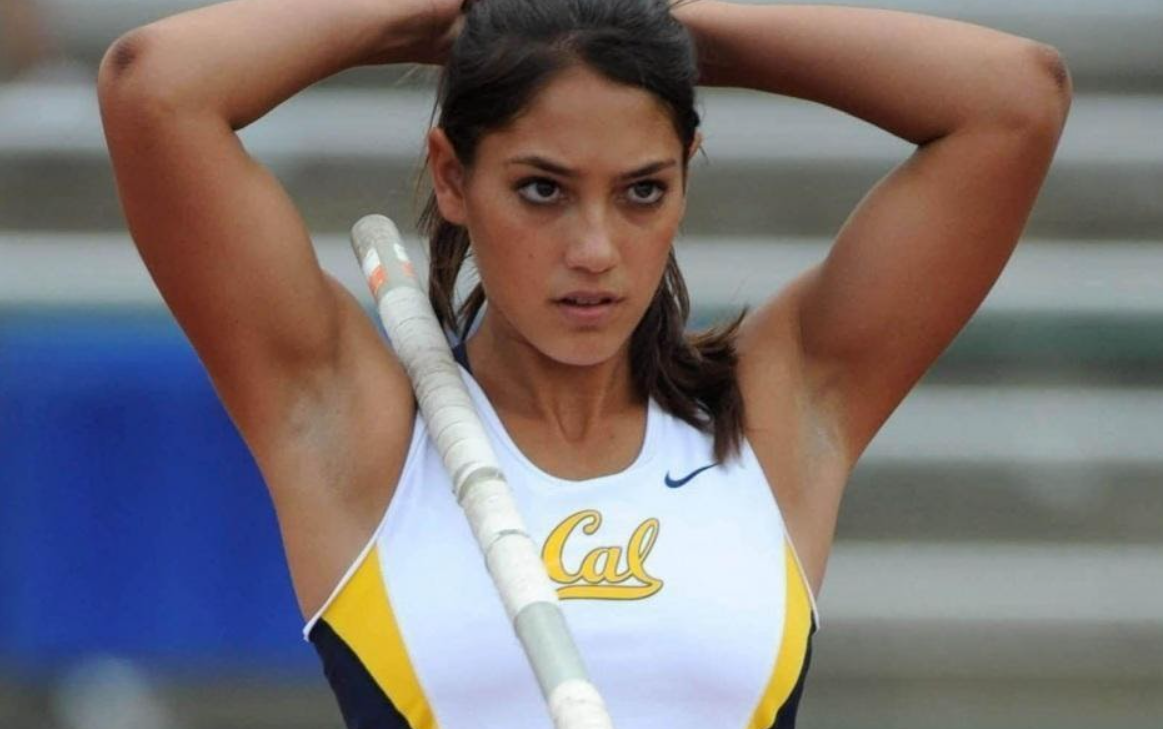 It was natural for Allison to feel restless lying in bed, it felt like ages have passed since she broke her leg! It can be quite a tough experience for a teen athlete who has just begun her career in pole vaulting. Luckily for her, her parents and brother constantly supported her during these tough times.

Despite how Allison felt about her injury, she was recovering at a rapid rate, which even surprised the medical team looking after her. Perhaps it was the sheer willpower of this young athlete that was pushing the injury to heal quickly. While the girl was in no position to train, she had plenty of time to ponder upon her life choices, and she made a resolution that she would do nothing other than sports in her life!

She Was Built For This

Allison had finally made the resolve to aim for success as a pole vaulter in her life – it became her life goal now! After she recovered from the leg fracture, she began training and it seemed nothing could prevent her ascendance from becoming a top pole vaulter. She continued breaking new records, and this was just the start of a beautiful journey.

She increased her efforts and it soon showed results when she created a new record, when she jumped 12 feet and 8 inches in the year 2004. She did not stop with this partial success and continued with her tough training regimen. 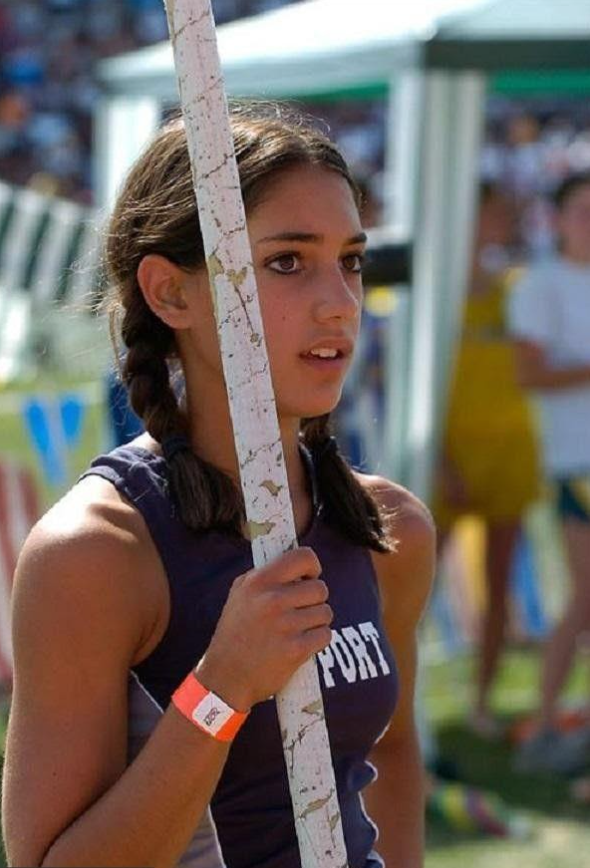 12 months later, in 2005, Allison again broke her last year’s record and made a jump of 13 feet and 5 inches! While that is quite a feat for most pole vaulters, this was just the stepping ground for her as she aimed for more success.

Getting Better At It

Allison also had to focus on her academic career but she was intelligent enough to allocate proper time to her studies as well, learning more about the world as she trained hard for reaching higher heights as a pole vaulter. While it was tough for her, she was focused on her goal and was set on achieving it.

When she reached her senior years of schooling, she was well aware of her sporting talent and knew she was going to be amongst the very best in the world and decided to focus even more on her goal. She was determined and focused and didn’t seem to be bothered by the small hurdles she faced in her journey. 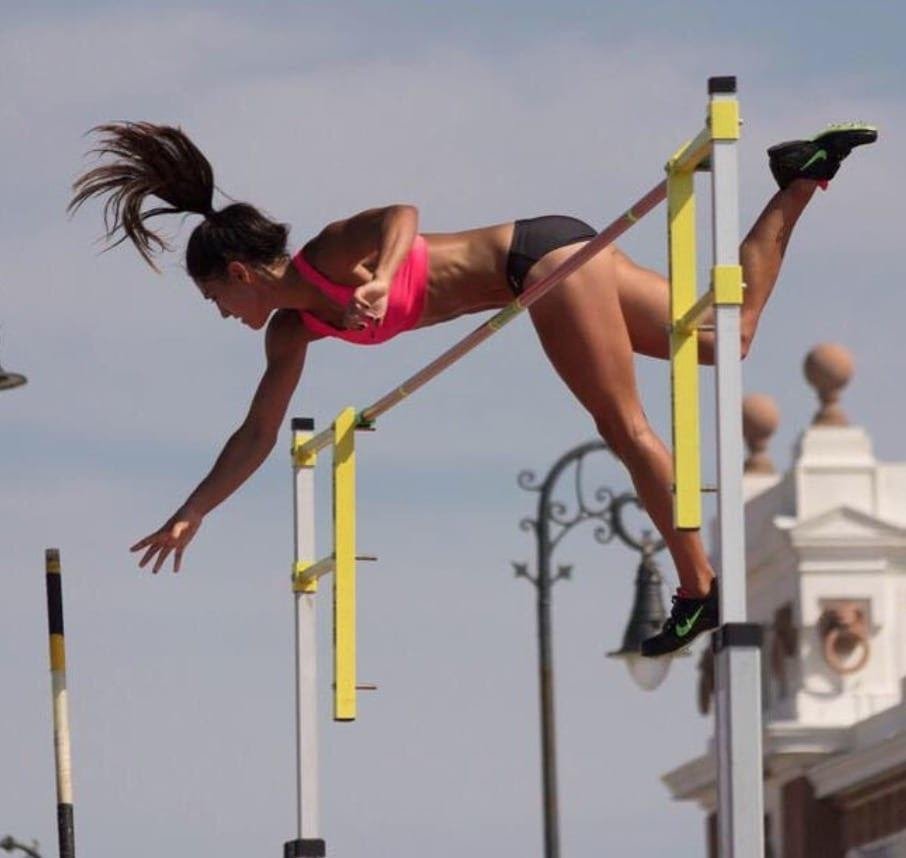 Naturally, her hard work paid off and she was able to make a jump of 13 feet and 6 ¾ inches, which propelled her as one of the best in the country. If you are thinking that is quite easy to achieve, imagine this – the height she jumped was more than twice the height of an average basketball player, and you must be well aware of how tall they are!

What Does It Take To Achieve Success As A Pole Vaulter?

One needs to be extremely fit in order to be a successful pole vaulter, which means one doesn’t just have to focus on the core muscles, but also do significant chunks of cardio and stretching.

The diet needs to be perfect as well. In essence, you are supposed to be both strong and light, while also having the flexibility to go over the bar with your entire body! 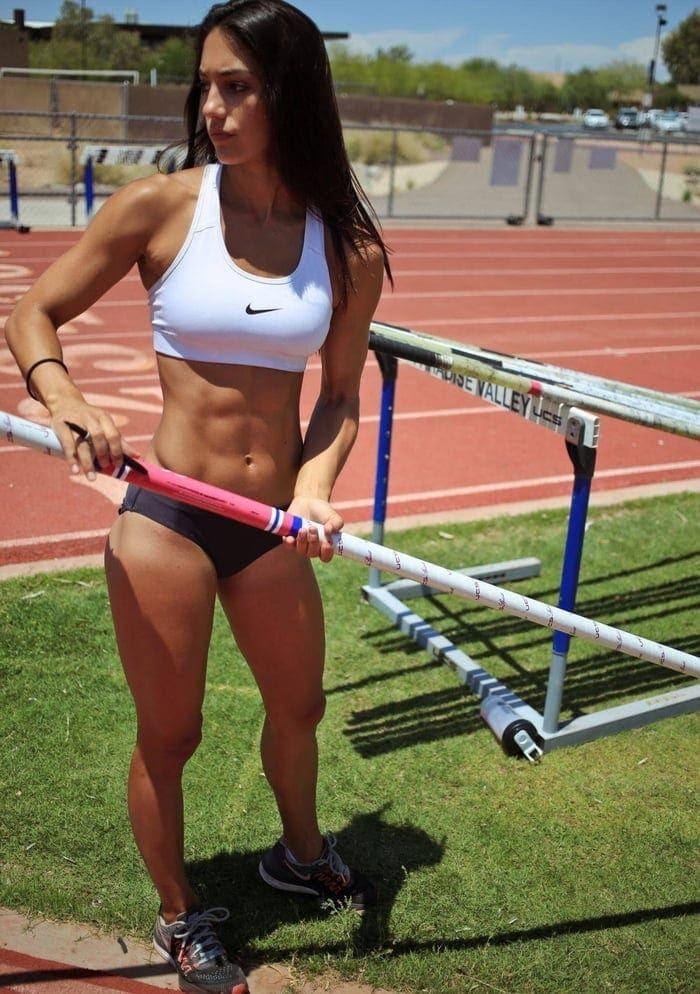 Allison slowly started bringing in changes to her daily routine in order to make herself more and more like a pro pole vaulter. For this, she had to give up a ton of her favorite foods, which was a bit difficult for a foodie like her. She instead changed her diet to focus on her agility and strength – taking in lots of healthy meals that included protein, carbs, and ample amounts of vitamins from fruits and veggies.

The Year That Changed Everything

The year was 2007 when Allison was trying her best at a pole vaulting competition, and trying to build a career as a pro pole vaulter for herself. A sports photojournalist was also there at the same event, who was about to capture a photograph that was going to change a person’s life forever.

This photojournalist captured a photo and that picture became one of the most sensational pictures of all time for quite a few years. Allison wasn’t aware of this photograph yet, but it is this exact photo that was soon going to wreak havoc in her life, as well as in the lives of those around her. More than anything else, it was going to affect her career in pole vaulting. 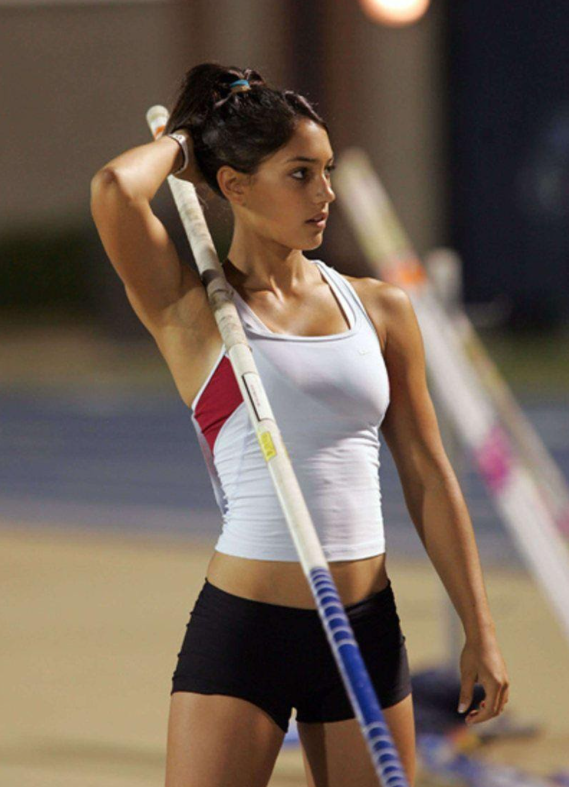 The photo journalist’s picture taken that day somehow made its way to a shady website, where creeps looked at beautiful women and exchanged lewd comments about them in a rather disgusting way.

The moment Allison’s photo was posted on that shady website, it received thousands of comments, most of which were lewd and disgusting. Not one person was interested in her abilities as a sportsperson, but rather everyone seemed to be interested in how she looked!

Soon, the same photo found its way to numerous other platforms and it became a nightmare for everyone involved with the budding pole vaulter. Everyone seemed powerless in stopping this viral photograph from becoming even more viral. Allison Stokke became an overnight sensation, but not for reasons she would have imagined even in her nightmares! 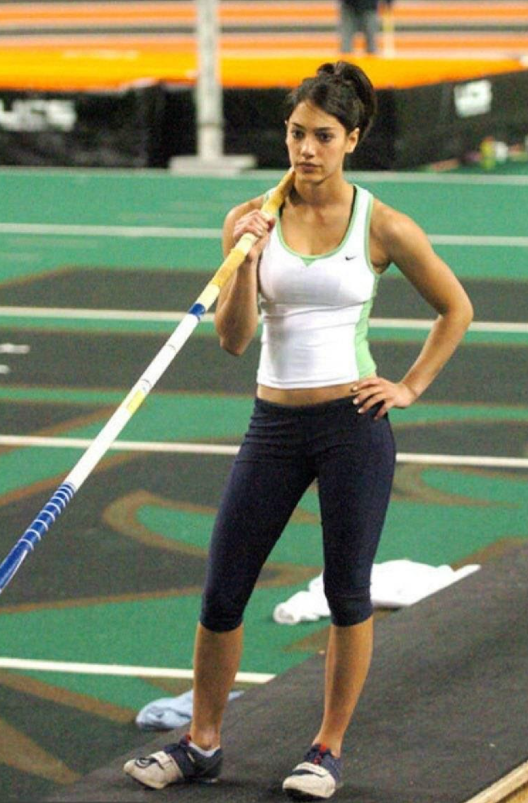 Allison was shocked when she found out about this whole fiasco. Just a day ago, she was a budding sportsperson with a star-studded future ahead of her in life, and a day later, she was on the internet for all the wrong reasons. Her parents and brother were distraught as well.