Celebs Who Got Hitched Way Too Young

Everything is super over the top in the world of showbiz, and relationships just serve to highlight this. Stars getting joined at the hip is nothing new, and when they go from newly dating to newlyweds in a matter of months, we barely even bat an eyelid these days.

However, some of the following examples of young love turning into wedding bells will shock you, not necessarily because of the names involved, but because of the incredibly young ages these stars got hitched. You might have thought that the recent marriage of Justin Bieber (24) and Hailey Baldwin (22) was a little extreme – honestly, that’s nothing compared to this lot. These A-list celebs were all barely out of high school when they tied the knot. Many of them weren’t legal to drink or even vote, but they were still deemed mature enough to make the huge life decision that is lifelong commitment to another human being.

Of course, many of these relationships were doomed to fail. And we can hardly blame them, as they were all just kids after all. But still, don’t we all love to hear a good tragical romance story? Shakespeare made his name writing this sort of stuff, and these are all genuine versions of his works, played out on the biggest stage of all: real life.

So, without further ado, let’s, well, see the teenage brides…? 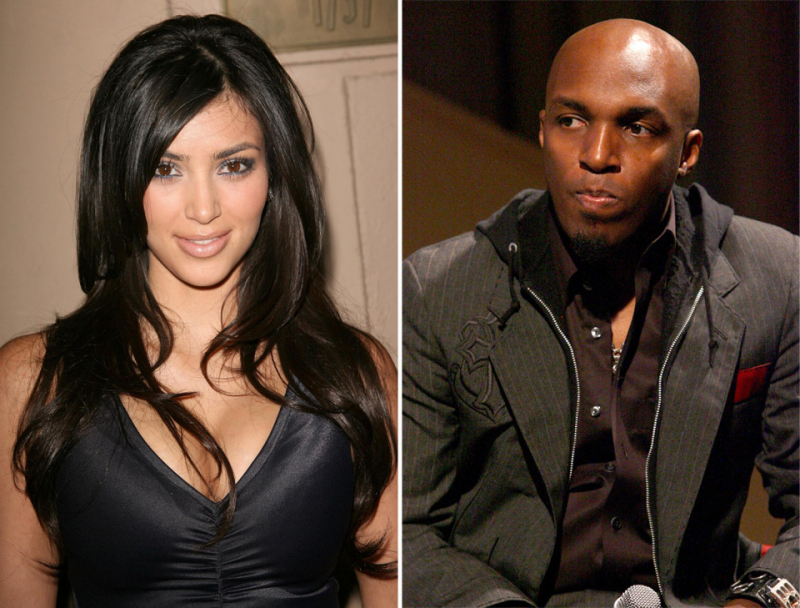 Did you even know Kim was married before she settled down with Kanye? Nope, me neither. Wait, she was married TWICE before? Blimey, that girl’s been busy.

Kardashian ran off with music producer Damon Thomas in the year 2000 at the tender age of 19, to get married in the classically romantic Las Vegas. All LA marriages end well, right? Not this one. The marriage lasted three years before the pair were divorced.

According to court documents leaked by the Daily Mail in 2010, Thomas was physically and verbally abusive towards his wife. He apparently slammed her against walls, threw her across rooms, and even punched her in the face. He funded her liposuction and plastic surgery obsessions so she could look “perfect”. However, Thomas had the last laugh in 2014 when he did a no-holds-barred interview with In Touch Weekly, where he declared his ex-wife was a “fame whore” who did harmful things just to validate herself in public.

Four years later, in 2018, Kardashian hit back on her show “Keeping Up With the Kardashians”, when she revealed she wasn’t thinking clearly when she got married in the first place as she was on drugs at the time. She said she got married on ecstacy. Hardly a ringing endorsement, eh, Thomas? Ouch. We can feel the burn from here.

Kardashian also married former basketball star Kris Humphries in 2011, but again it ended in tears and the pair split in 2013. In fact, while the marriage lasted two years, they actually filed for divorce only 72 days into the marriage. So, compared to those two botched attempts, it turns out that perhaps her combination with Kanye really may be happily ever after… 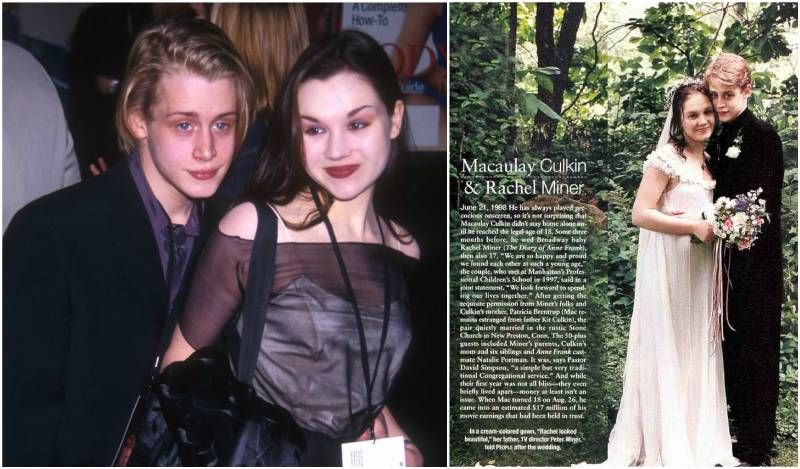 Child star Macaulay Culkin married actress Rachel Miner in 1998. The pair were not even adults yet, each being just 17 years old.

These two met when they were both students studying at the Professional Children’s School in Manhattan, and apparently, if the New York Daily News is to be believed, they’d only been dating a matter of months before agreeing to tie the knot. Being so young though, they needed permission from both sets of parents. You know you’re young when you still have to ask your mum’s permission!

They claimed they were both so happy and proud of finding each other at such a tender age, and “looked forward to spending their lives together” and a lot of other soppy things kids say. Playbill reported that they were married on June 21, 1998, in a ceremony involving close friends and family in Connecticut. Sounds idyllic.

Like many marriages of kids though, it didn’t last too long. Two years later they announced they were divorcing, but apparently they remained “best friends”. Whether that’s true or just a break-up story to soften the blow to each other, who knows. “We’ll still be friends” is the sort of thing many young guy hears when he’s dumped, right? 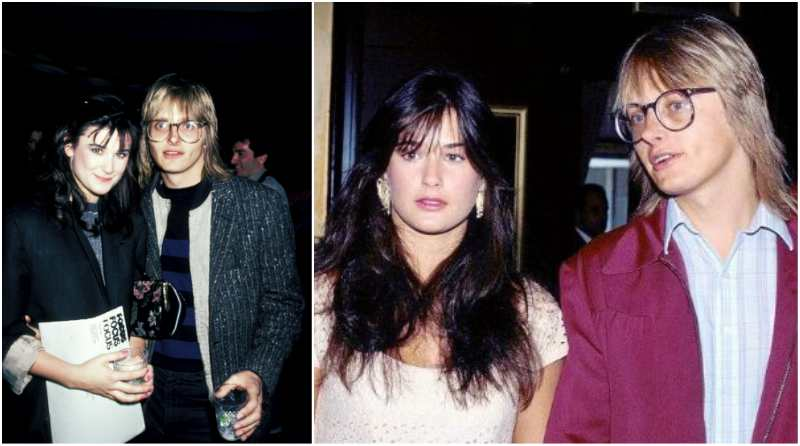 So THIS is where Demi Moore got her famous name. Born Demi Gene Guynes, the acting star married Freddy Moore waaay back in 1980 aged just 17. Freddy was 12 years older that Demi – but as we all know now, age differences don’t really phase the stunning actress, who later wedded Bruce Willis (six years her senior) and later Ashton Kutcher (an incredible 16 years her junior).

Back to Freddy, though. The couple’s marriage only lasted a measly year before the inevitable divorce came along, which coincidentally was around the time that Demi started dating Emilio Estevez. She was even engaged to marry Emilio too, but called it off before it got that far. Probably for the best.

Demi hasn’t spoken much about her first marriage in public, but Freddy certainly has. He opened up to Australia’s NW mag in 2018, claiming that they “hooked up” when Demi was aged only 16, in 1979, when she was already in a relationship with her boyfriend Tom. Apparently, Freddy claimed that the pair fell in love instantly and she ditched Tom to run off with Freddy immediately. Freddy, in fact, had to leave his wife to marry Demi.

Well, it looks like Demi had a bit of a habit of falling for blokes and then leaving them shortly after, as is the way with young lovers. Just 12 months later Freddy would know what it felt like. There’s some sort of poetic justice in this story somewhere if you look hard enough.