It would have been great if all the women came together and banished every kind of body criticism forever. But while we dream for a day when that happens, it is a bit comforting to realize that even the most gorgeous looking female celebs have to face their own insecurities when we talk of body confidence.

And that includes pop stars like Billie Eilish and Rihanna, and gorgeous actresses like Scarlett Johansson and Lili Reinhart. Yep, that even includes models such as Chrissy Teigen and Kate Moss, too. It includes the influencers having over a million followers such as Addison Rae and Emma Chamberlain, too – even the supermodel Hadids and the Kardashians.

In fact, you would be surprised to find out which of the popular Hollywood celebs are way too self-conscious when it comes to their bodies. And once you have gone through and realized how silly these gorgeous women’s “flaws” are, we all can finally have a laugh at the ones we think we have. 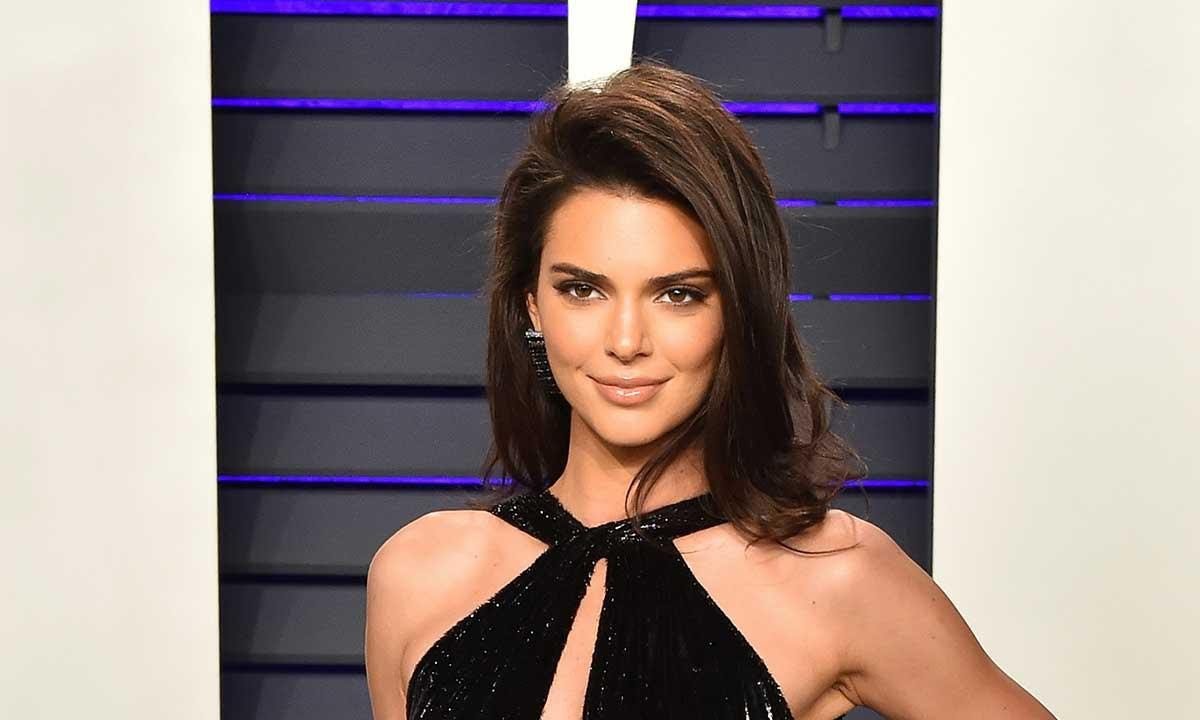 As surprising as this may sound, even Kendall Jenner, the supermodel, has had insecurities about her body. She once posted on the blog how she struggled with acne when she was a kid, and how it affected her and made her self-conscious. She admitted that it broke her self-esteem to an extent that she couldn’t look anyone in the eye when she had a conversation.

She apparently also doesn’t like her slim figure and admits that she desires a curvier body and wants to look the way her sisters look. She points out that being that tiny twiggy girl made her feel bad about herself.

And she even has had insecurities about the way her shoulders look! She points out that they are broader than she would have liked them to be. 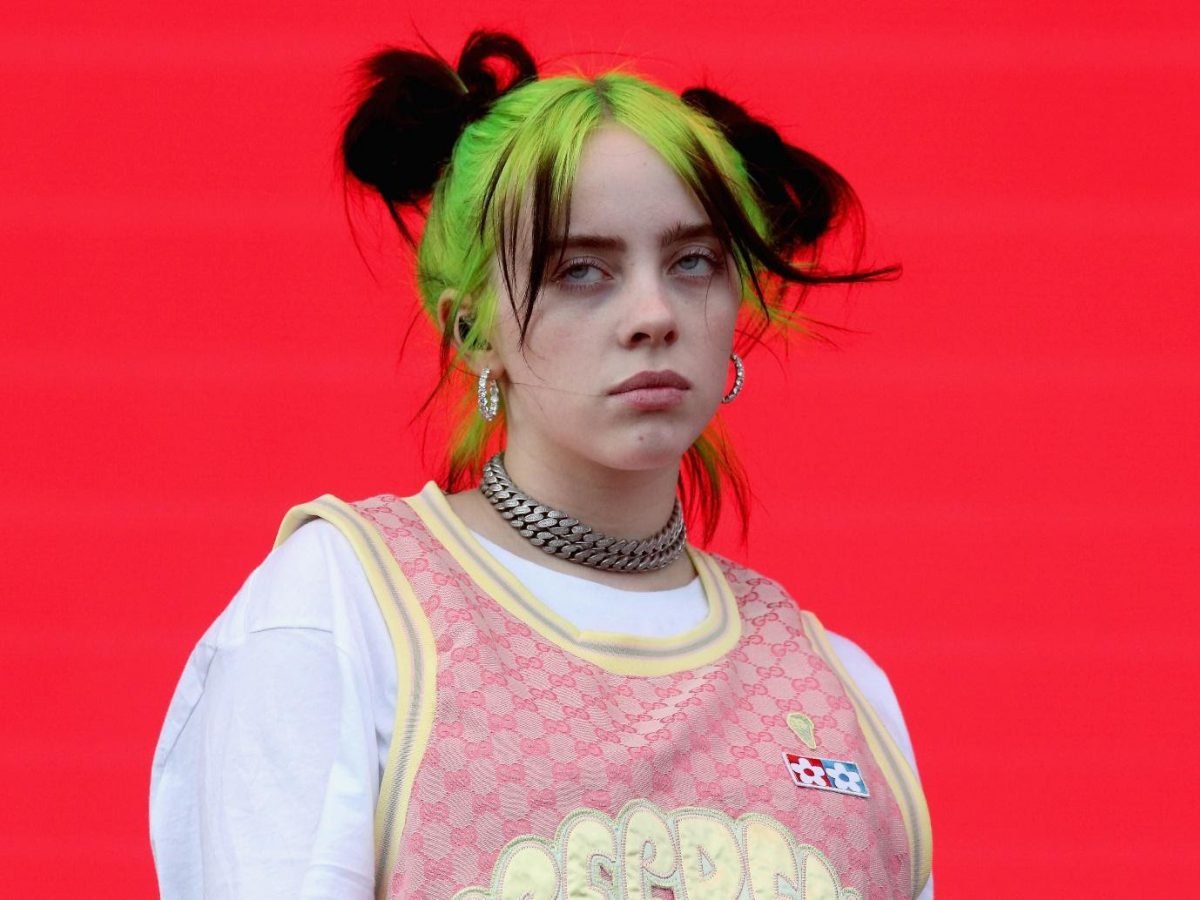 If you were of the opinion that Billie Eilish was probably the most confident person in the world, you are in for a surprise! The Grammy award winner said that she has had body insecurities for a long time, especially after she joined a dance company. She admits to having been unable to cope with her insecurities at that time, where she found it difficult to even speak to people or be normal. She revealed that she clearly didn’t like the way she looked back then, and she felt uncomfortable wearing those short clothes while being a part of that dance group. She admits that her appearance was something that bothered her all the time, and couldn’t even look in the mirror.

She told Vogue in an interview how she just started hating her body and wanted to be in someone else’s body entirely. She wanted to be a model, but felt she wouldn’t be able to become one because of her chubby looks. She also revealed that because she developed early, it made her feel bad about herself where she just wanted all of it to go away. 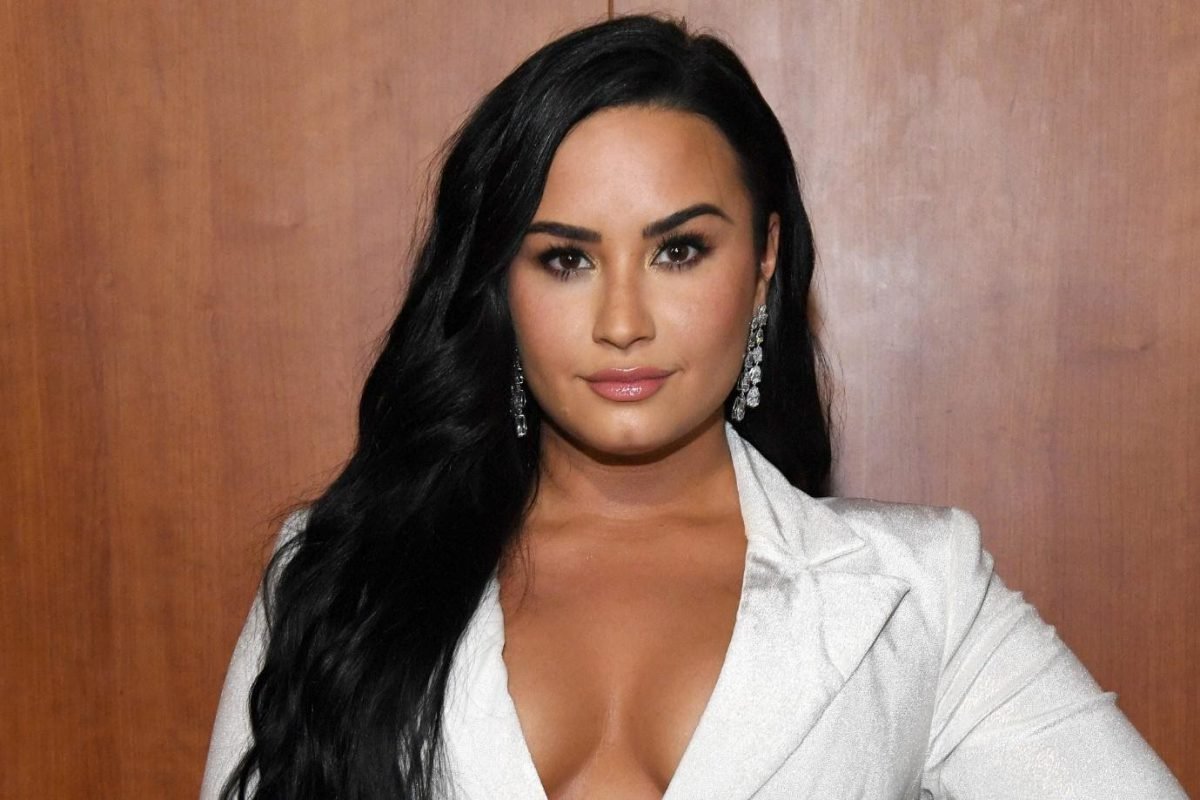 Demi Lovato has also admitted to being insecure because of the cellulite on her body and she even edited her photos at times to look good! In an Instagram post where she shed her insecurities, Demi shared a natural photo of hers without any photoshop and gave it an empowering caption:

“This is my biggest fear. A photo of me in a bikini unedited. And guess what, it’s CELLULITE!!!! I’m just literally sooooo tired of being ashamed of my body, editing it (yes the other bikini pics were edited — and I hate that I did that but it’s the truth) so that others think I’m THEIR idea of what beautiful is, but it’s just not me. This is what I got. I want this new chapter in my life to be about being authentic to who I am rather than trying to meet someone else’s standards. So here’s me, unashamed, unafraid, and proud to own a body that has fought through so much and will continue to amaze me when I hopefully give birth one day. It’s such a great feeling to be back in tv/film while not stressing myself with a strenuous workout schedule before 14 hour days, or depriving myself of a real birthday cake rather than opting for watermelon & whip cream with candles because I was terrified of REAL cake and was miserable on some crazy diet shit. Anyway, here’s me, RAW, REAL! And I love me.” 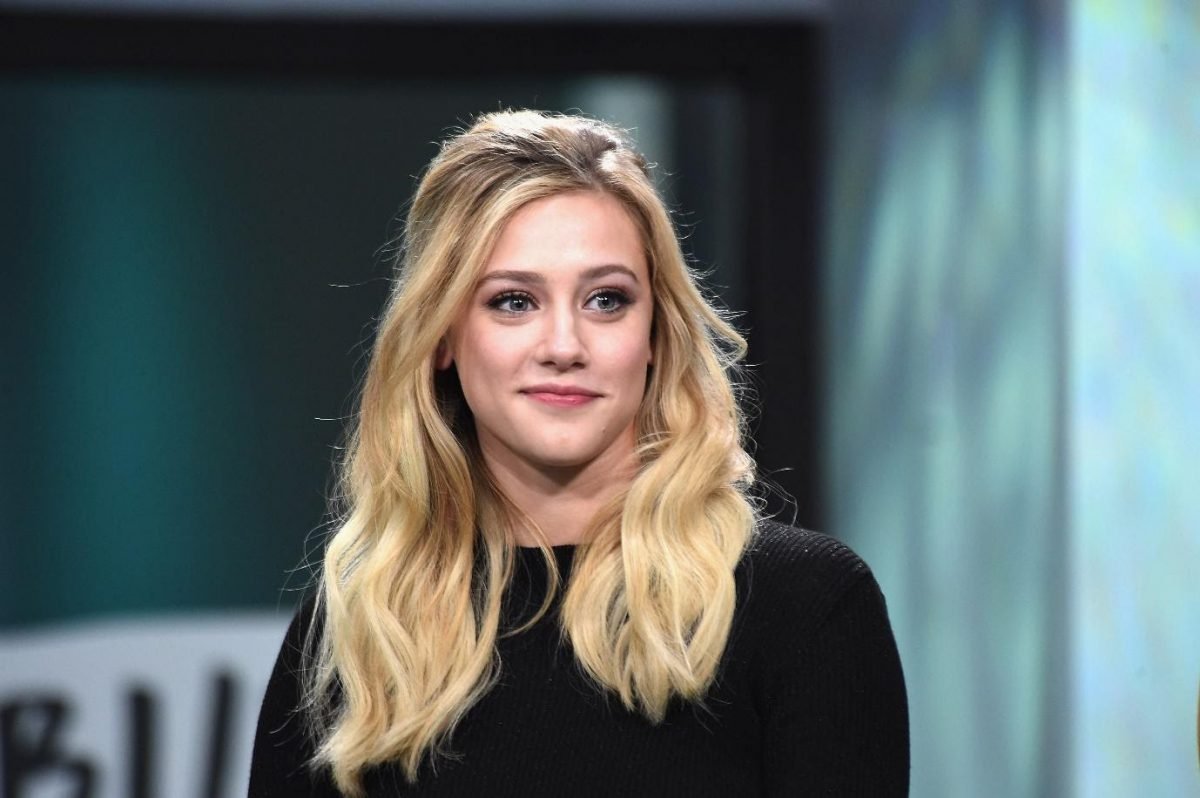 Lili opened up on her own body insecurities after one of her fans accused her of promoting unrealistic beauty standards to the teenagers. She went on to share how she herself feels intimidated by the cast of Riverdale where everyone else looks good and she doesn’t feel comfortable doing scenes in her underwear at times. She also pointed out how the unrealistic expectations fans have for actors make the actors a lot insecure about their bodies.

However, she pointed out that she was totally okay with how she looked and accepted that she doesn’t intend to be a part of some fashion week. She admits how she has cellulite on her body and that her belly button pops out instead of curving inwards.

She further added that she has to face all this regularly, and it does make her feel insecure at times when there are comparisons made with other celebs. She also revealed that she has gained weight because of the constant insecurities she faces about her body. 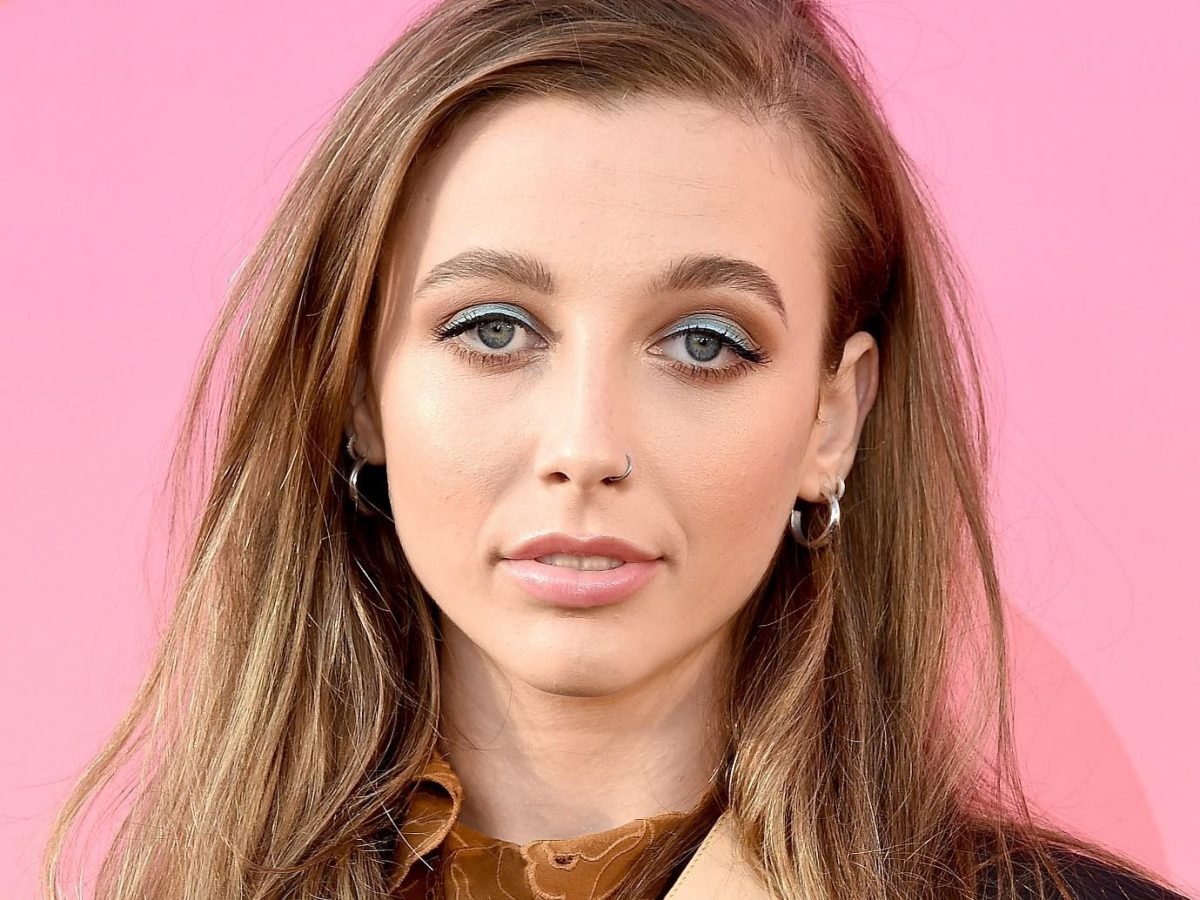 Emma Chamberlain, the popular YouTube star has come out and shared her insecurities in recent times. In an interview with the Cosmopolitan, she pointed out how as a teenager growing up in the social media era made her develop eating disorders, and that she continues to struggle because of them. She revealed that every person she has met strangely has some form of an eating disorder and that she has had so many that she feels disheartened even talking about it.

She admits that since she was never at a healthy weight, she always thought she was obese.

She points out how her family would often tell her how she looked terrible and that she looked like she was about to die.