There is nothing better than grabbing some popcorn and watching a good old Hollywood classic on a weekend. It not just brings back some of the old memories we associate with the movies, it also inspires us in some way or another.

However, despite seeing old Hollywood classics numerous times, we don’t often know some of the hidden trivia and weird facts associated with some of our favorite movies. In this article, we have compiled a list of some of the most interesting and weird facts that you probably didn’t know about. Let’s check it out! 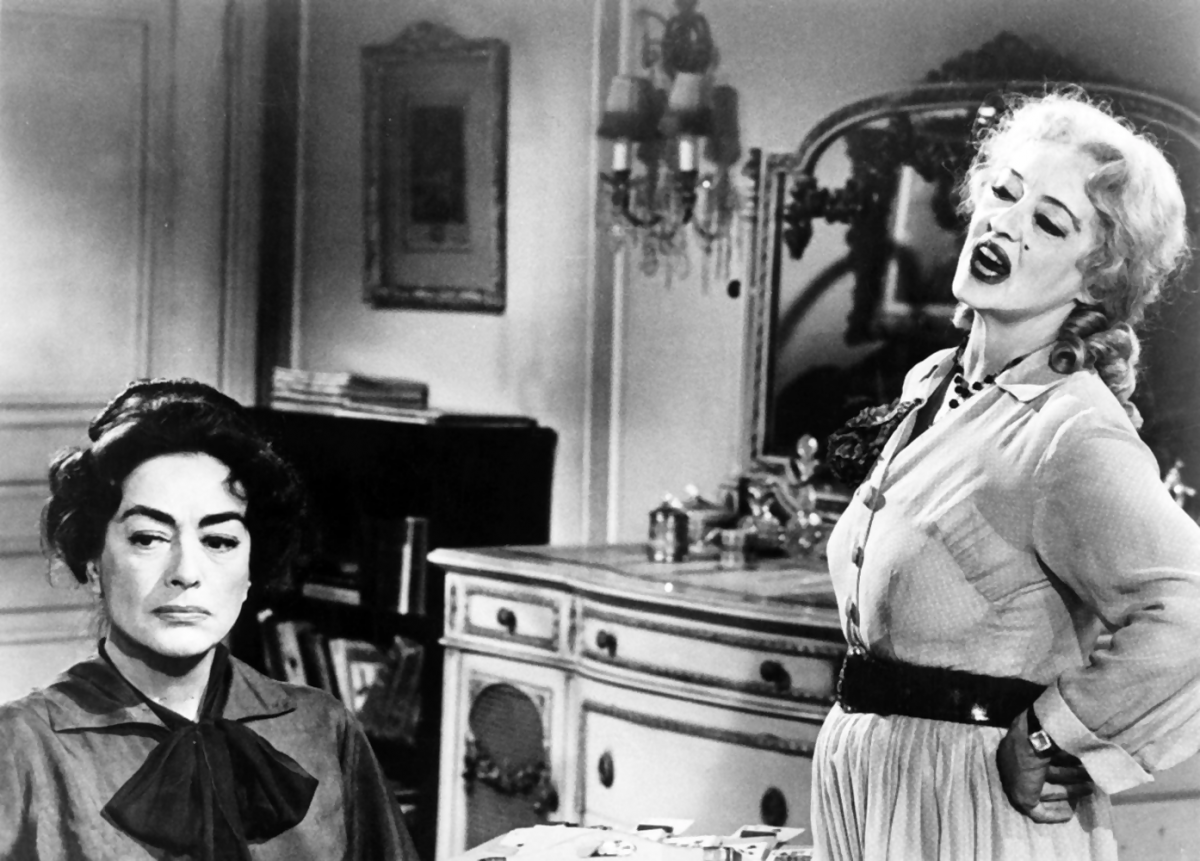 Whatever Happened To Mary Jane? is undoubtedly one of Hollywood’s finest. We all loved Bette Davis and Joan Crawford in this tale, but what most of you don’t know about is that there was some serious fighting going on the sets in the garb of acting! Yes, you heard that right. Crawford and Davis would often try to hurt each other while doing their scenes together – all in the name of acting! 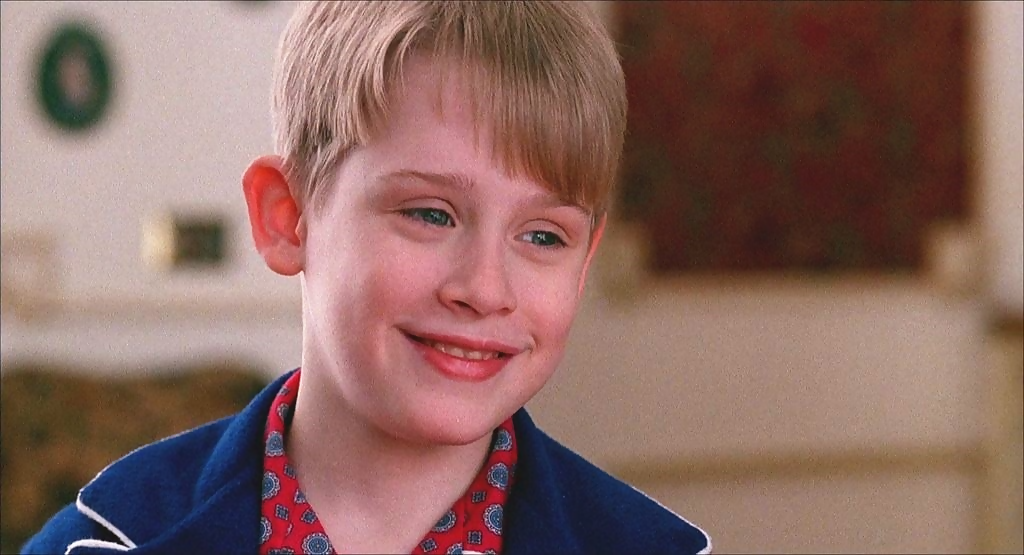 This is probably a weird fact. There was a time when child actors in Hollywood were punished for creating a ruckus on the sets. They were made to sit on ice blocks, and, in fact, there even was a separate room for the punishment known as the “black box”. 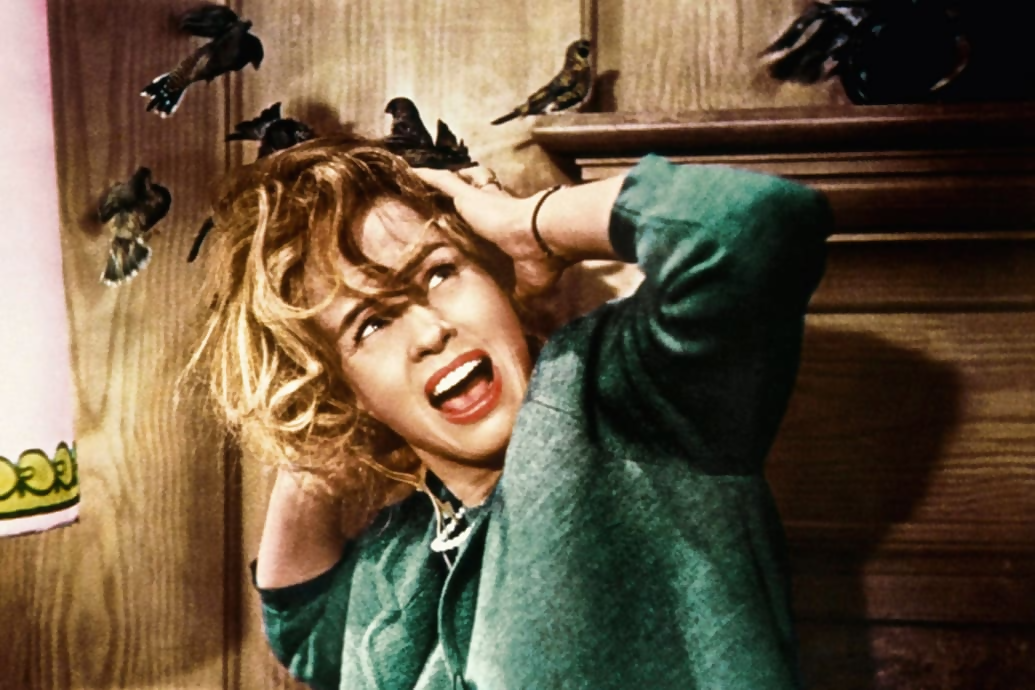 For the movie The Birds, the director had planned to use fake birds that were supposed to be tied to Tippi Hedren and also thrown towards her. However, things didn’t really work out as per the plan and the director was forced to use real birds for the sequence, instead!

The story behind Lilies of the Field 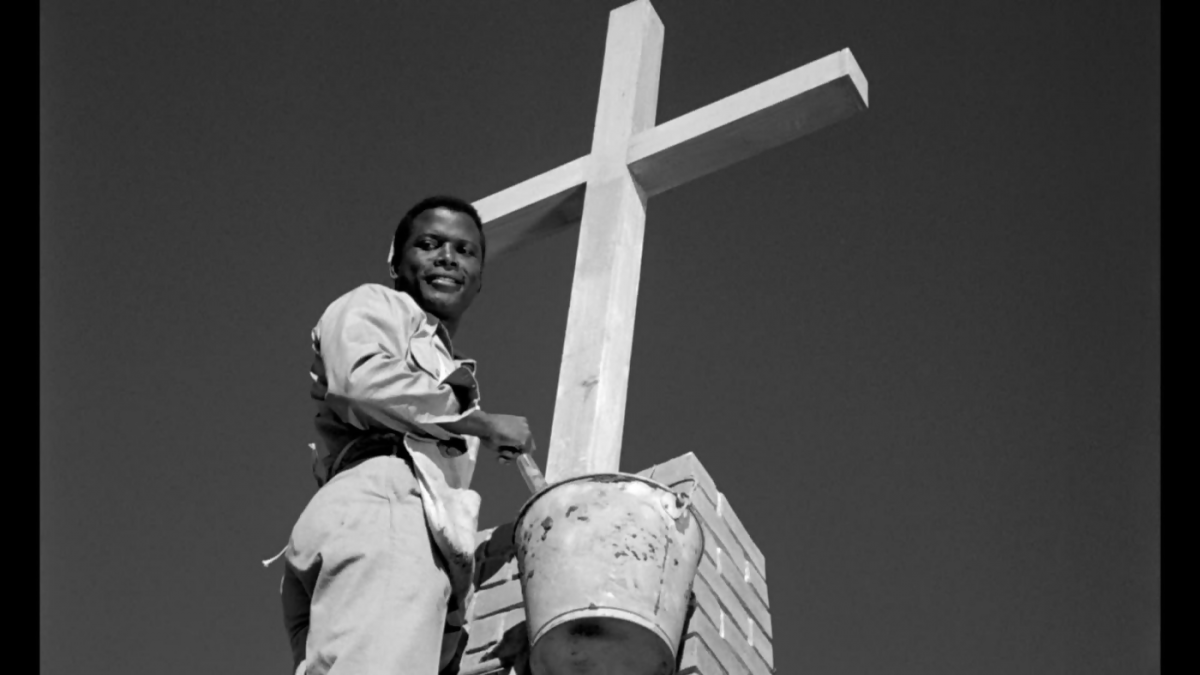 Lilies Of The Field is considered a cult classic by many and is assumed to be a movie that had a normal budget. However, what most don’t know is that it was made on an extremely tight budget in just shy of fourteen days! Sidney Poitier even gave up his singing amount and the best part of the whole incident is, he ended up winning an Oscar for the role!

The cost of portraying Cleopatra on screen 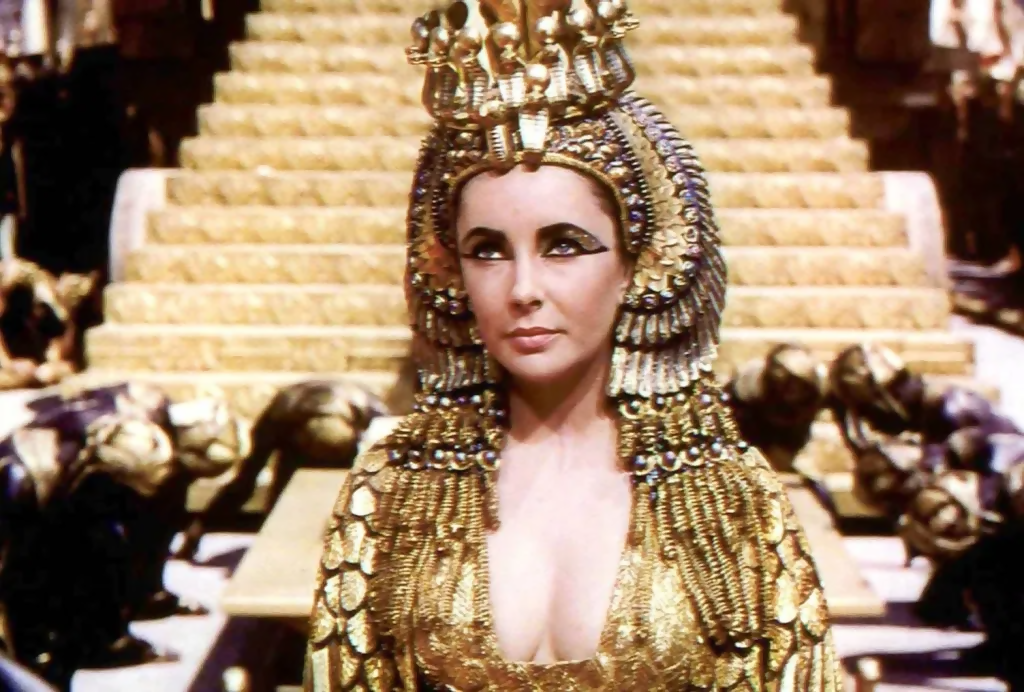 We all agree that Cleopatra wasn’t really a run of the mill movie. The movie cost the makers, 20th Century Fox, millions of dollars and it almost drove them to bankruptcy. The initial budget assigned for the movie was around five million dollars, but the actual budget that the makers ended up using was almost ten times more! 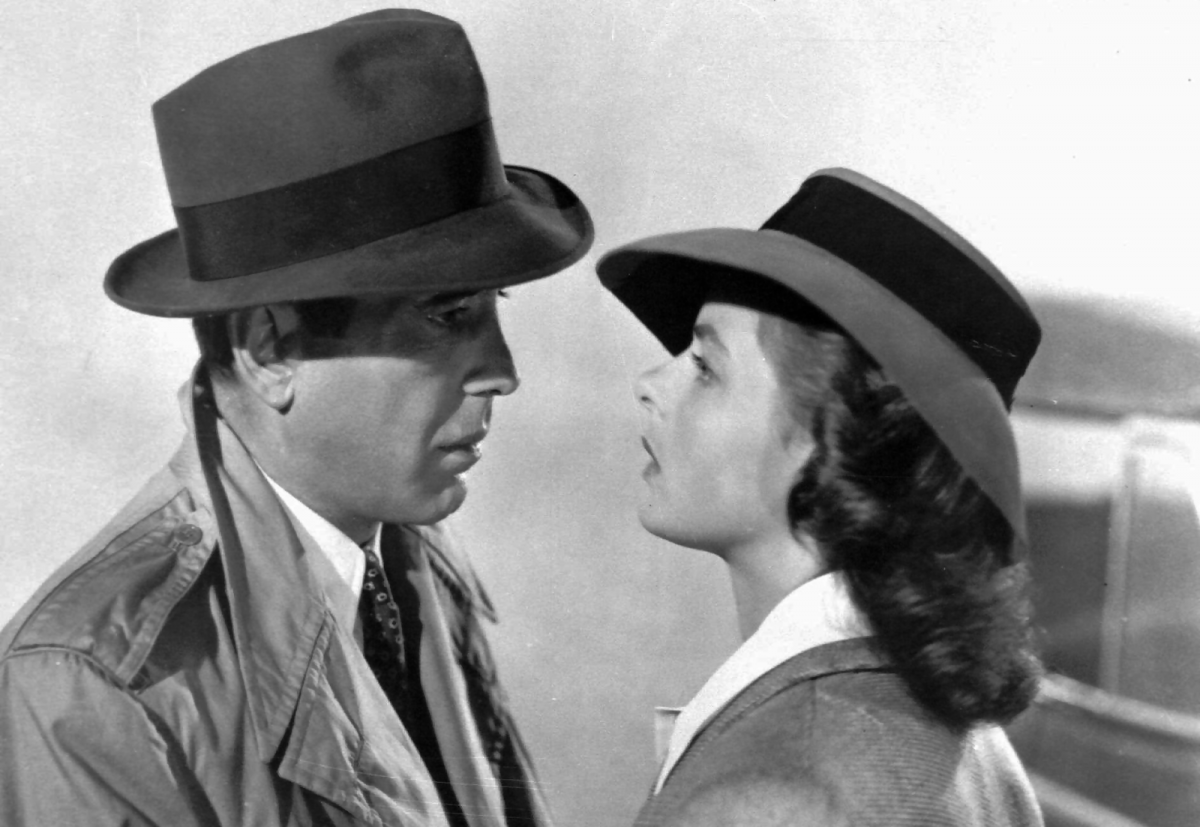 This is no secret now that a lot of actors make use of special kinds of shoes that make them look taller than they actually are. Right from Robert Downey Jr. to a number of other actors, they’ve done it all. Humphrey Bogart was no exception, either. For the movie Casablanca he was given boxes to stand on, and he also sat on cushions in order to look taller than his co-actress Ingrid Bergman. 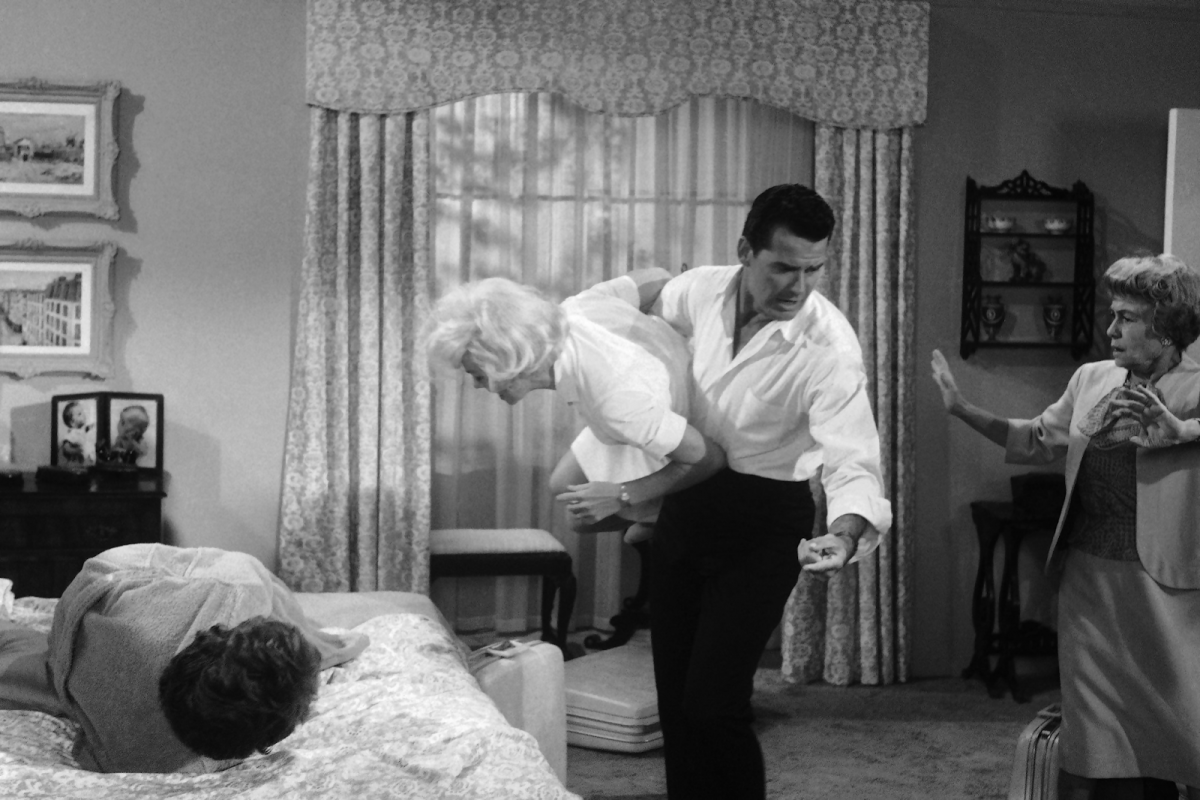 Most of the great actors made use of method acting to give a very realistic performance on screen. But some actors take this enthusiasm for their job to the very next level. In the movie Move Over Darling, James Garner had to pick up Doris Jay in a sequence. Now, there was nothing too fancy about the scene, but in his over-enthusiasm, James Garner ended up breaking two of Jay’s ribs! Perhaps he forgot that he was lifting a lady, not some gym weights! 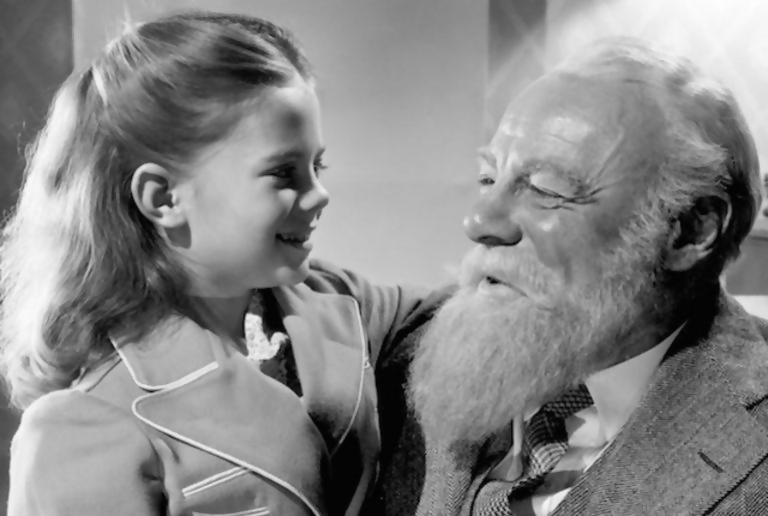 Actors often get deep into the character they’re playing and often find it tough to get out of it, but John Payne took it to the very next level. The movie Miracle on 34th Street was a huge success and buoyed by the acclamation the movie got, he ended up writing a sequel for this hit movie – without anyone asking him to! Unfortunately, the actor died before he could pass it on to the makers.

Singin’ in the rain – the piano story 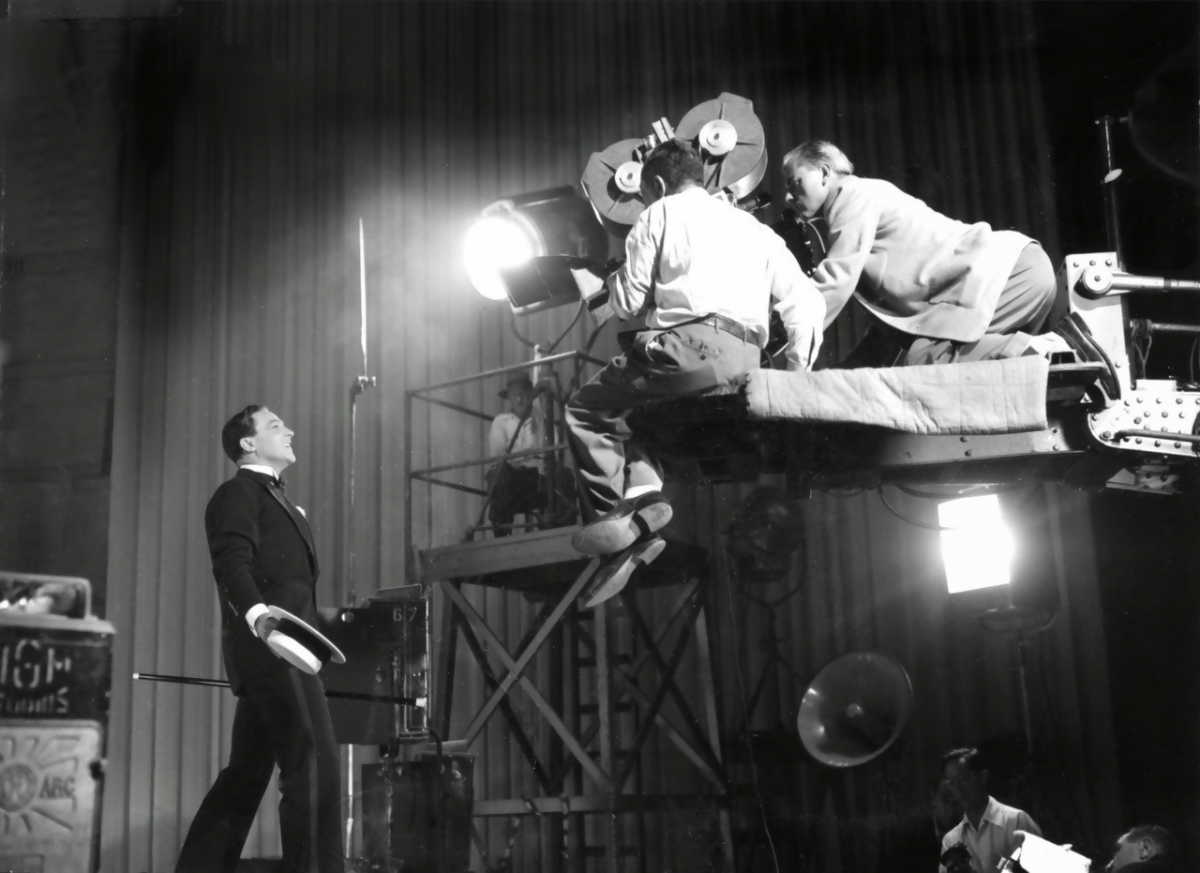 Singin’ In The Rain is no doubt a Hollywood classic that we all have enjoyed thoroughly. However, what many people don’t know is that on the movie sets, actor Gene Kelly often insulted Debbie Reynolds to the point that she was seen crying under a piano once! 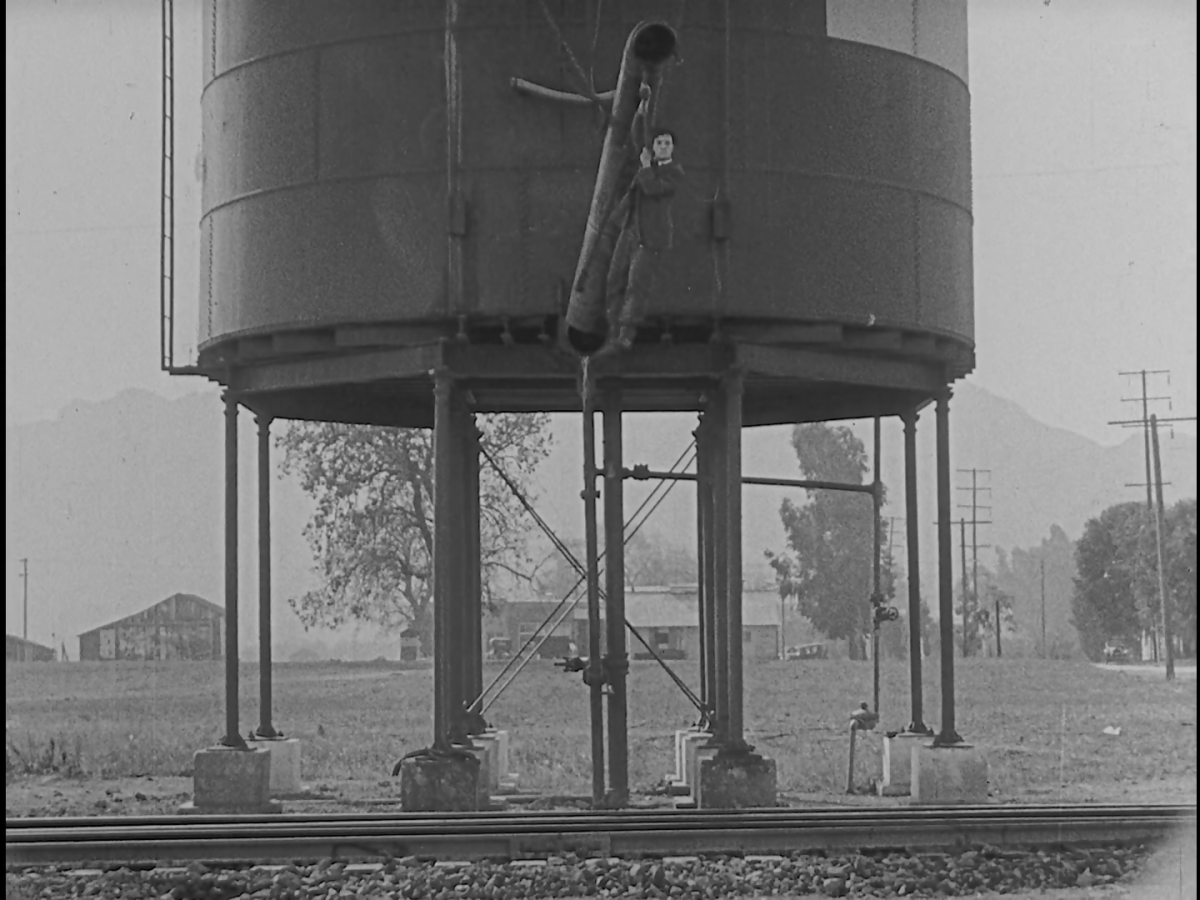 Injuries do take place on the movie sets, but thankfully, they are addressed on time in most cases. Well, in this case, actor Buster Keaton performed for the water tower scene from Sherlock Jr. and got his neck fractured – only to be discovered years later! Thankfully, it didn’t affect him much and was treated finally. 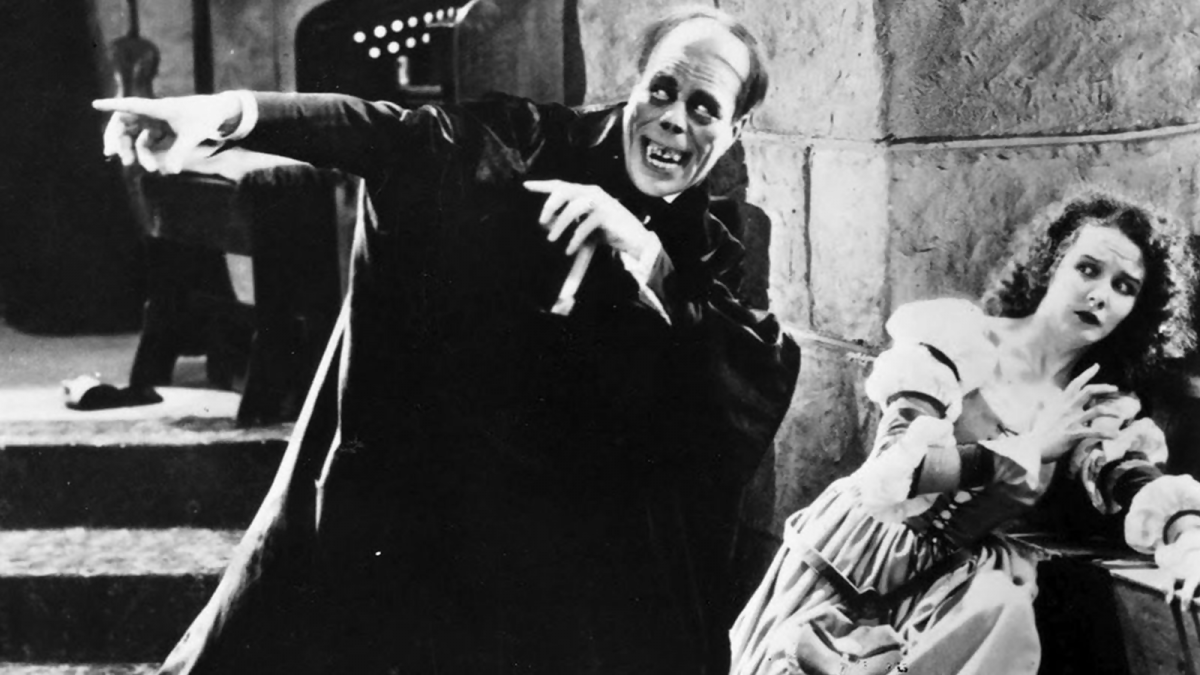 Most people were creeped out when they saw the actor Lon Chaney in The Hunchback of Notre Dame and The Phantom of the Opera playing such weird and creepy characters. People were quite impressed with his acting, though. However, what most people probably don’t know is that he wasn’t just a phenomenal actor, he was an equally good makeup artist as well. In fact, he did his own makeup for these two movies that earned him praise from the critics and audiences alike. 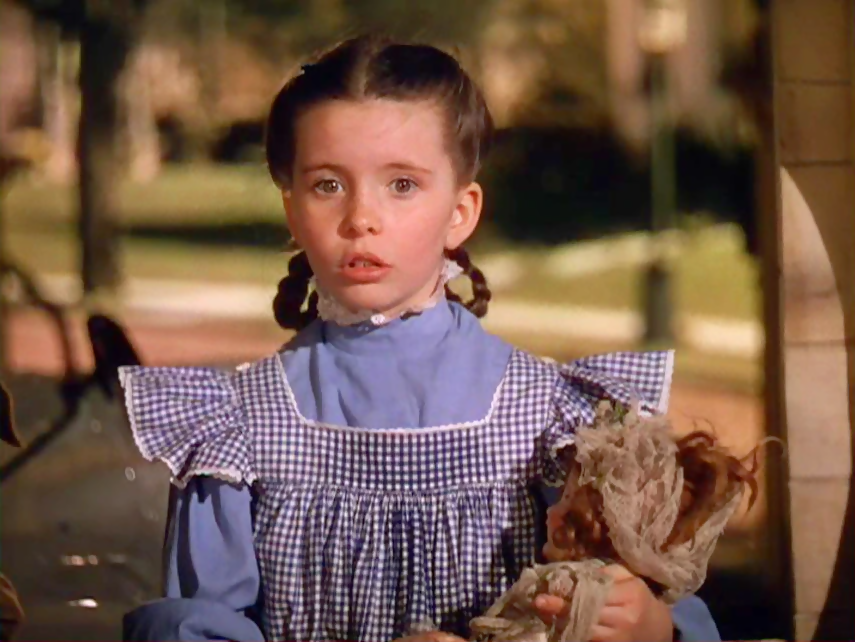 Crying is one of the most common scenes an actor performs. However, imagine getting character motivation that your rival actor can cry more than you! Well, this isn’t a made-up scenario, but an actual incident that took place when Margaret O’Brien was asked to cry in the movie Meet Me in St. Louis. 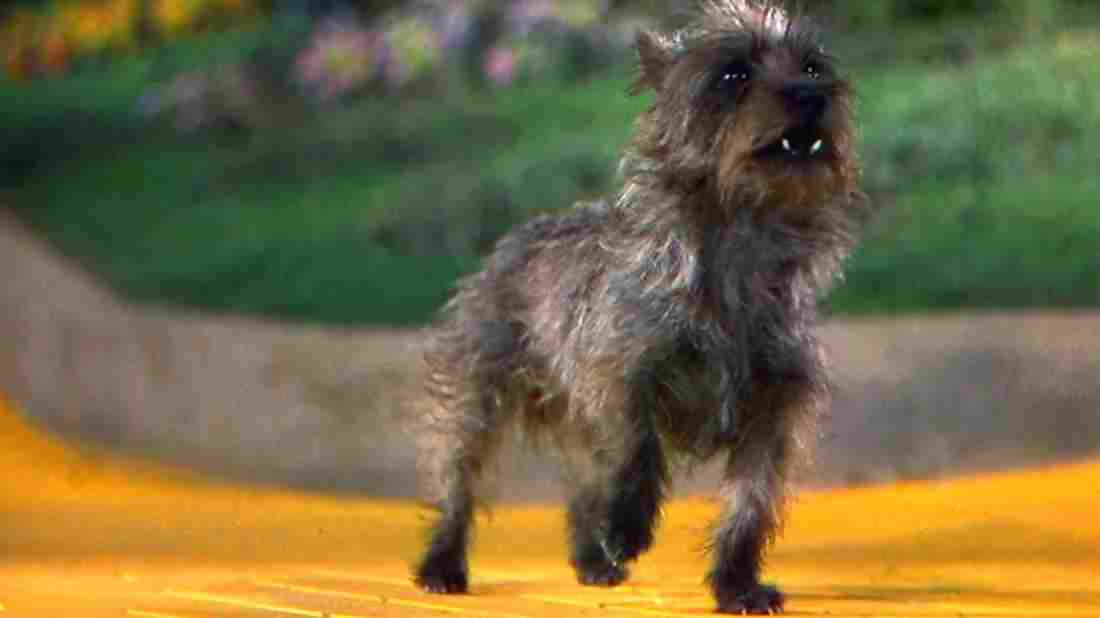 While you may know the names of all the A-list actors at the moment, you probably would never imagine that even a dog can make it to this list! Yes, that’s right. During the shooting of the movie The Wizard of Oz, actors were paid around fifty dollars per week, while the dog that played Toto was paid an astonishing $125 a week! 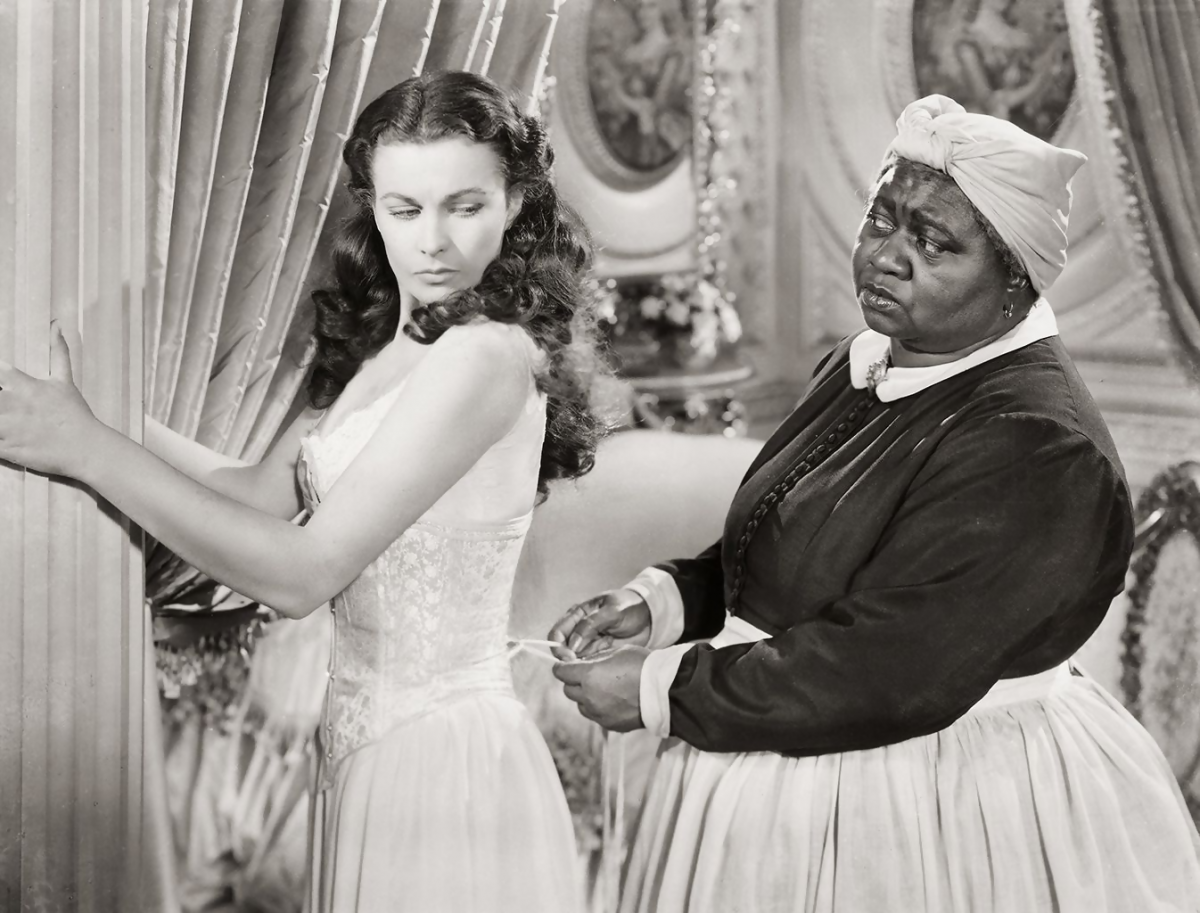 While there have always been allegations that Oscars doesn’t really represent all the communities of the American society, discrimination towards African-Americans was even worse during the 1940s when racism was still a big thing. Actress Hattie McDaniel, who got nominated for the movie Gone with the wind, couldn’t check into the hotel that was meant for the nominees because of her skin color. Finally, a special ‘favor’ was made and she was given the room. Oh, and she did win the award later that night!

The burning of the witch! 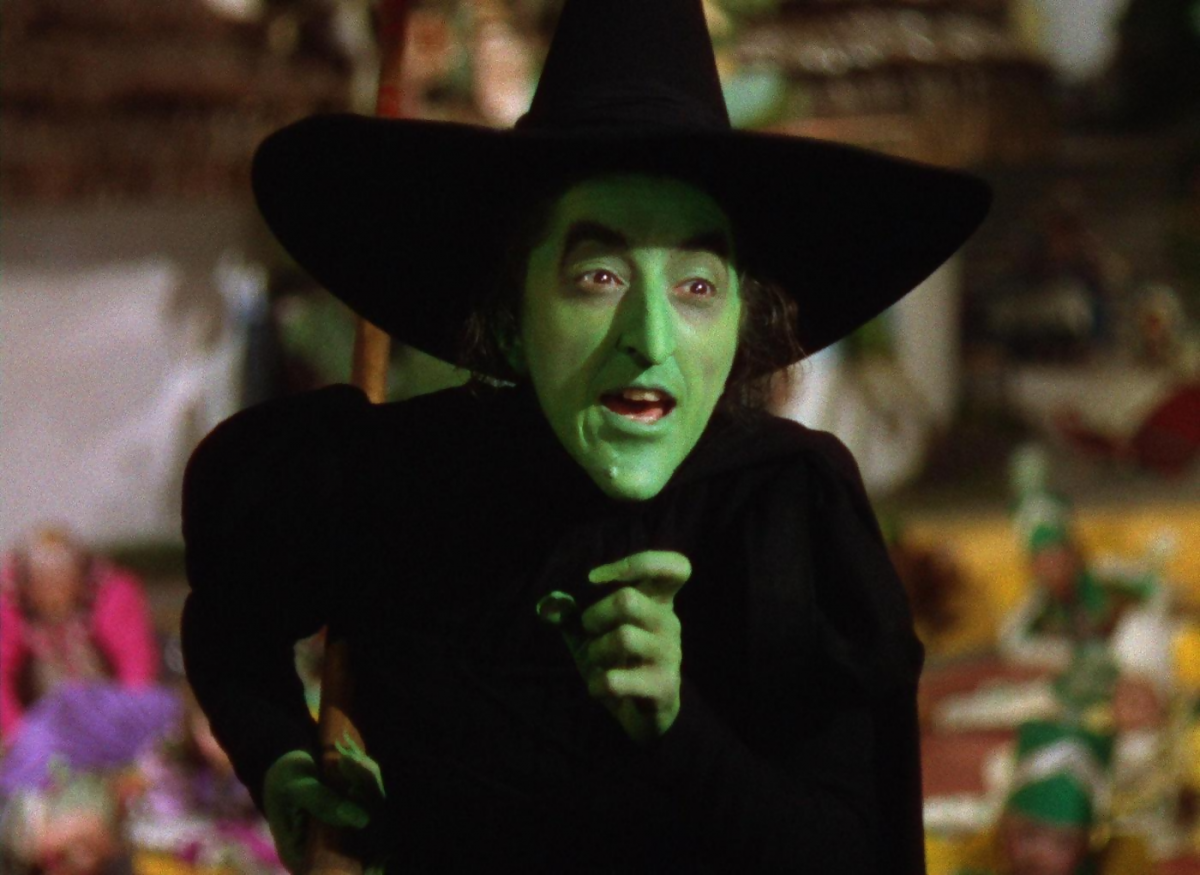 We all love and enjoy The Wizard of Oz a lot, and many scenes from that movie are considered classic even today. However, the stunts weren’t exactly easy to perform during those times and during one such instance, the entire stunt went horribly wrong and ended up causing second and third-degree burns to Margaret Hamilton!