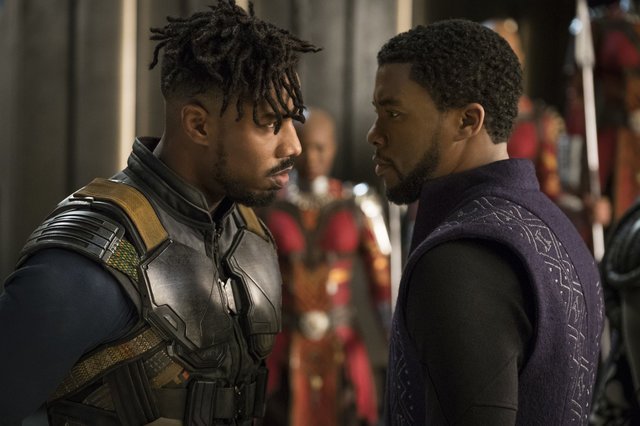 Released: February 16
Cast: Chadwick Boseman, Michael B. Jordan, Lupita Nyong’o, Danai Gurira
Director: Ryan Coogler (Creed)
Why it’s great: Coogler’s deft balancing of a high-tech spy gadgetry, ceremonial palace intrigue, fantasy action mayhem, and subversive political critique is unparalleled in the larger Marvel Cinematic Universe that Black Panther springs from. In the same way Creed, his propulsive and knowing reboot of the Rocky franchise, paid tribute to and upended boxing iconography, Coogler’s take on superhero-dom is both pleasing and probing. Basically, he’s got Soundcloud jokes, rhino battles, and takes on imperialism. The larger ideological conflict between the new king T’Challa (Boseman) and the American revolutionary Killmonger (Jordan) has been seen before in the pages of history books and comics, but it’s never been given this type of eye-popping, brain-scrambling, heart-pounding blockbuster treatment.
Where to see it right now: Stream on Netflix; rent on iTunes, Amazon Video, VUDU, and YouTube(watch the trailer) 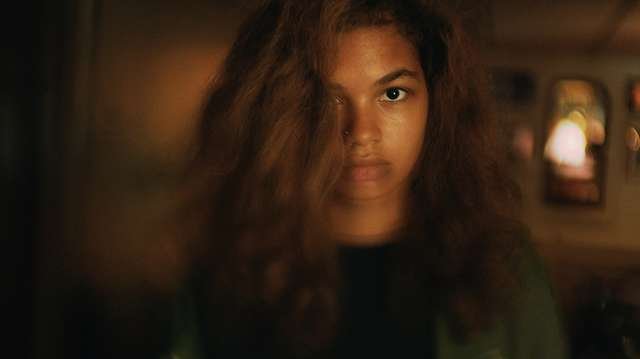 Released: August 10
Cast: Helena Howard, Miranda July, Molly Parker, Curtiss Cook
Director: Josephine Decker (Butter on the Latch)
Why it’s great: A movie as formally audacious as Madeline’s Madeline makes you notice how safe most indie films are. From a plot and theme perspective, the tension-filled parental dynamic between Madeline (Howard) and her mother (July) isn’t that different from other strained family dramas, but the way Decker dives into the story is completely, utterly unique. The roving camera and frenzied sound design bring you into Madeline’s troubled mental state, while the presence of a gifted theater director (Parker) who becomes obsessed with Madeline as a performer further complicates the material, turning the movie into a meta-criticism of itself. Who has the right to tell whose story? Can art ever truly capture interior life? What’s the difference between sense and nonsense? These are urgent, difficult questions that the movie doesn’t claim to have answers to. It sounds dense and demanding — and, honestly, it is at times — but the poetic approach is also exhilarating. You get caught up in the whirlwind of sights and sounds. It occasionally recalls Terrence Malick’s Tree of Life, but Decker is even more willing to chase the unknown. Don’t be afraid to follow her.
Where to see it right now: In theaters (watch the trailer)